Ilizarov Orthopedic Center has been collaborating with the team of professional pilots KAMAZ-master for 12 years already. The collaboration began in 2006 when Ilgizar Mardeev was in the Kurgan hospital with a serious thigh injury. The director of the KAMAZ-master Team, Vladimir Chagin was also treated there. Now, former patients of the Ilizarov Center are in perfect physical shape and continue to participate in international competitions. Just a week before the start of the rally Dakar-2013 another crew member of the Russian team Andrey Karginov was treated in the casualty department of the Ilizarov Center. Physicians’ task was to speed up the process of bone union and the patient's recovery. The pilot of KAMAZ-master team Edward Nikolaev sustained a trauma of the right forearm during the 4th stage of the Silk Way Rally-2015. Treatment of his arm he trusted to surgeons of the Ilizarov Center. In 2016 Dmitry Sotnikov the pilot of “Blue Armada” came to Kurgan for celebration of the 45th anniversary of the Ilizarov Center. He presented to Alexander Gubin, the director of the Center, the prize Paris-Dakar Rally, as a symbol of gratitude.
Within the framework of collaboration, doctors of the Center organize the medical examination of pilots and team members in Naberezhnye Chelny.
One of the occupational risks for pilots of race truck is a compression spine fracture. Shaking while overcoming off-road and heavy helmet provoke a spinal injury. The cervical spine is particularly affected. After the last examination in Chelny doctors of the Ilizarov Center started to give advice to our pilots distantly, by means of the Internet.
In 2012, the mutual cooperation of the KAMAZ-master Team and the Ilizarov Center was supported by placing the Ilizarov Center's logo on the cabin of race trucks. 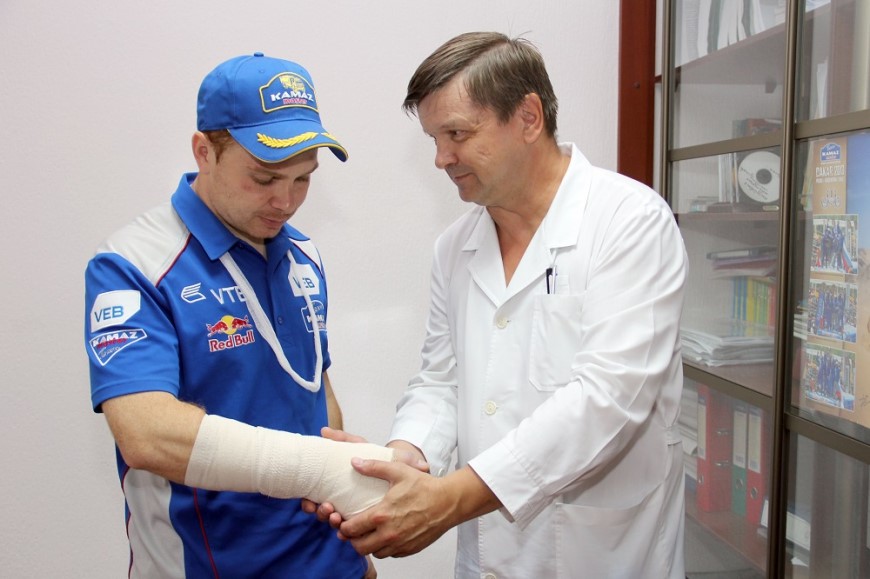 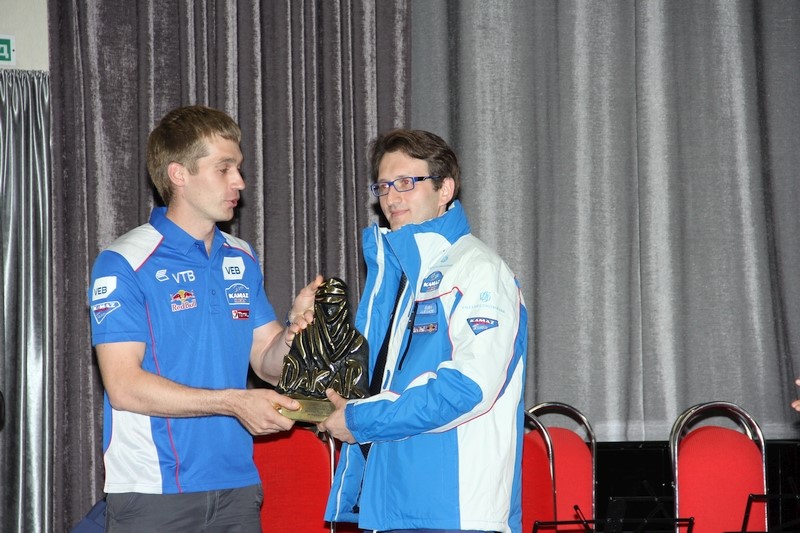