NTV channel started shooting of the serial about KAMAZ-master team

Moscow, 03/02/2020 – NTV channel started shooting of the multi-serial sports drama “Master” about the strongest KAMAZ-master team, world’s best drivers in the sports truck category. The plot of the serial is fictional, but has ties with real stories from the team’s life, tells about change of generations in the crew, when after many years of victories, rookies and veterans have to create a new efficient team. 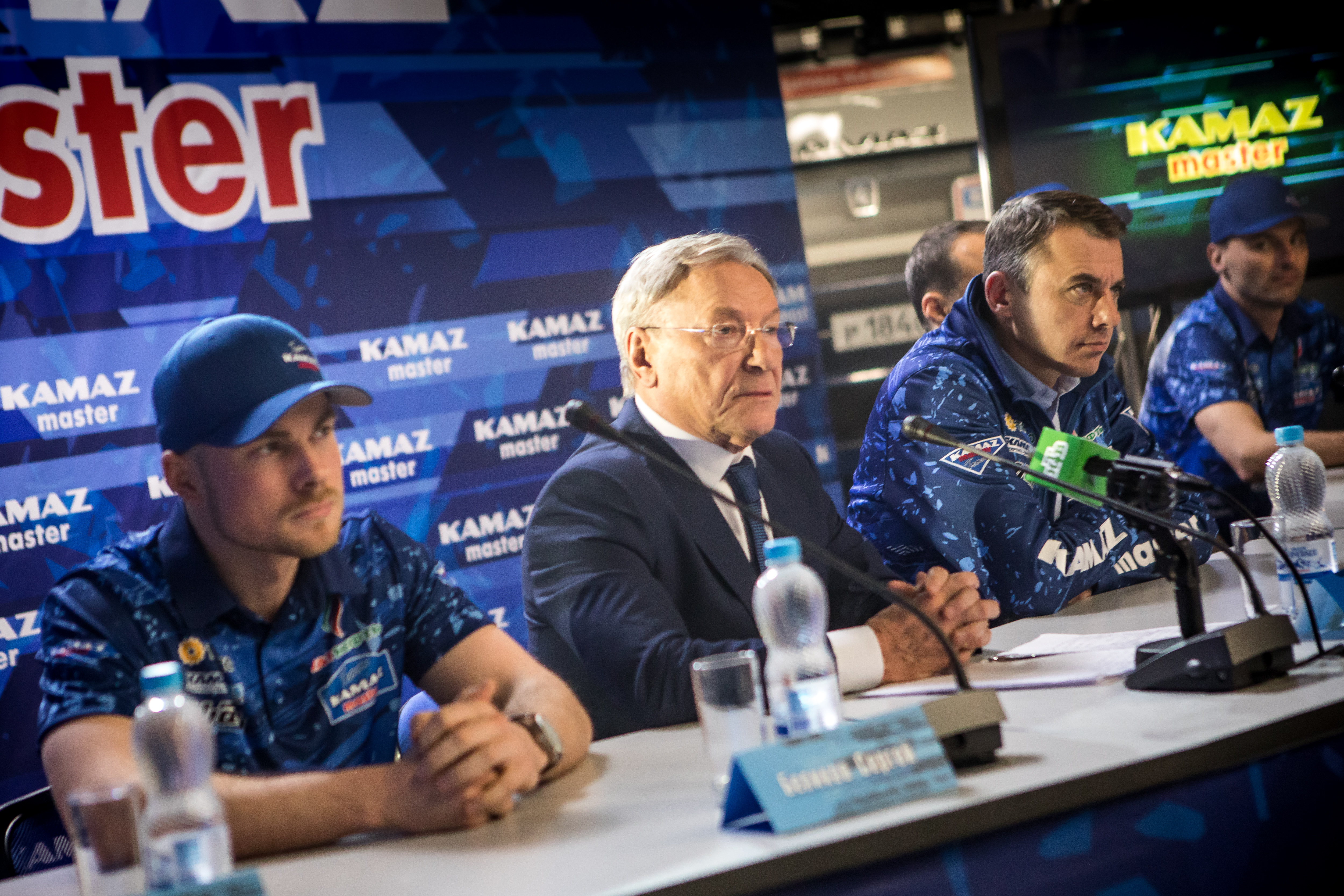 Ex-driver of KAMAZ-master racing team Denis Sazonov (Anton Vasilyev) after a 12-year break and failures on all life fronts wants to return to his native team. But it turns out difficult: having become the youngest world champion in the rally-raid history in the old days, he was fired for violation of the team’s ethics. Denis wants to return self-respect and participation in “the big deal” and win a rally-raid again. But nobody awaits him in the team. Deputy director of the team Eremin (Igor Petrenko) doesn’t want to give him a chance, as he thinks that Denis violated team’s rules. Sazonov gets hired as a cleaner, starting the whole way “to the wheel” from the very beginning. But here again he is in for an unpleasant surprise: he meets his ex-wife Zhenya (Linda Lapin’sh), who plans to take a co-driver’s seat and become the first woman-driver in the man’s team. 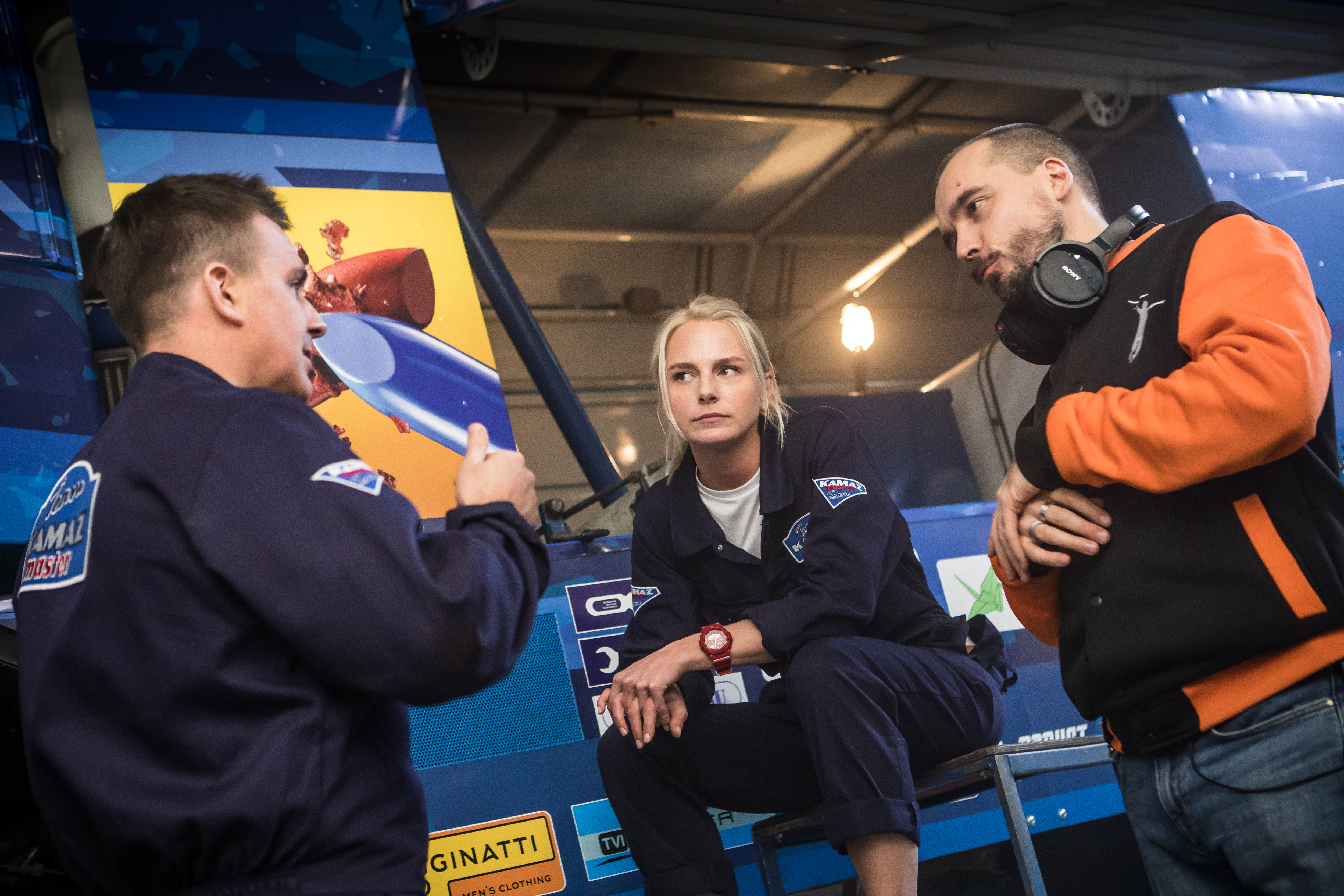 “The first day we drove on the racing KAMAZ trucks and it was incredible! Most often people have an impression that trucks can’t drive fast and the level of adrenaline is much lower than when, for example, you drive in a racing car. In fact, it is absolutely not true, and when you get into the cab, you have a feeling that you are the king of the world. Also it was funny to see the first reaction of the guys at the plant, when they saw me – woman and in the driver’s suit! In all eyes there was a dumb question: “What am I doing there and why am I wearing branded uniform of KAMAZ-master?” And I would answer: “Because the first time in the history of KAMAZ-master, though only in a movie, but one of the team’s co-drivers will be a woman”, - shared the actress Linda Lapin’sh as Zhenya. According to the plot, on the last Dakar KAMAZ-master took only one prize position. Though it seems a success, but the team leader Kuznetsov (Anatoly Bely) knows that it is not so. Moreover, in the new season they are awaited by a more tough battle: apart from traditional rivals – French, Germans and Czech – new Kron Racing team enters the competitions. And without fundamental changes KAMAZ will predictably worse off. Kuznetsov takes the risk and abruptly changes the composition, taking “raw” drivers to the team - the younger Maksim Eremin (Aristarkh Venes) and Nail Abdullin (Nikita Pavlenko).

“I was 20-something and the words Paris, Dakar and KAMAZ-master sounded everywhere: everyone talked about the guys, that achieved one victory after another. The team was definitely known all over the country. As every guy, I knew the surname Chagin, and by some quirk of fate I will act this person on the screen. For me it is a great responsibility. I walk in the shops and along the corridors of the plant, trying to take in all this atmosphere, energy, and it really turns on. You look at all these photos, see these huge trucks and such childishness appears in a good way. All this translate the spirit of victory, and inside you feel some unreal vibe and passion, that we will try to show on the screen”, - told the actor Anatoly Bely as the team leader Kuznetsov. 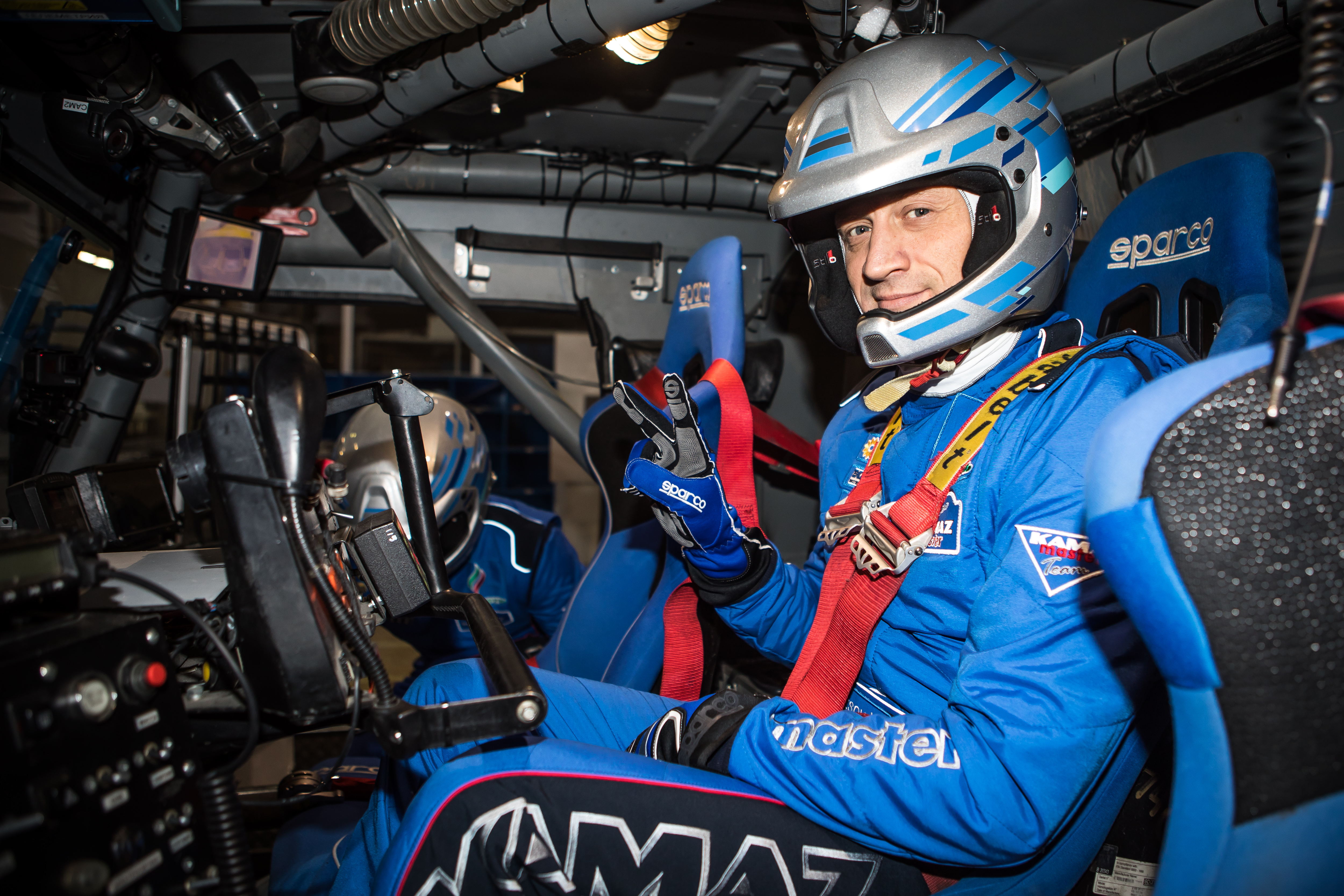 “I am amazed! We were driven on real racing trucks –  the ones the drivers go on the track. It is a bomb! It is a joy! Every boy and girl, if desired, should try it. Even to be here is very interesting, educational and amazing. To walk in the shop, see how people build these trucks themselves. I am even at a loss for words to say how much I am excited! In the childhood everyone wanted to become cosmonauts and I dreamed to drive on such a truck in the desert! Frankly speaking, I didn’t know that the team’s name was KAMAZ-master, but I knew that every year these beautiful rallies were held. And I also knew that KAMAZ, the same as our synchro swimmers, can brag with the same achievements – to become champions so many times from the moment of the team’s foundation! I can’t say exactly how many times they won the Dakar, and perhaps, nobody remembers the time when they were not champions. But on the eve of the first production day we walked in the museum and I realized that there was time when they didn’t win. But I was away from the context, when they were not winners, therefore for me they will always be champions”, - shared Makar Zaporozhsky as KAMAZ-master driver Sergei Belikov. 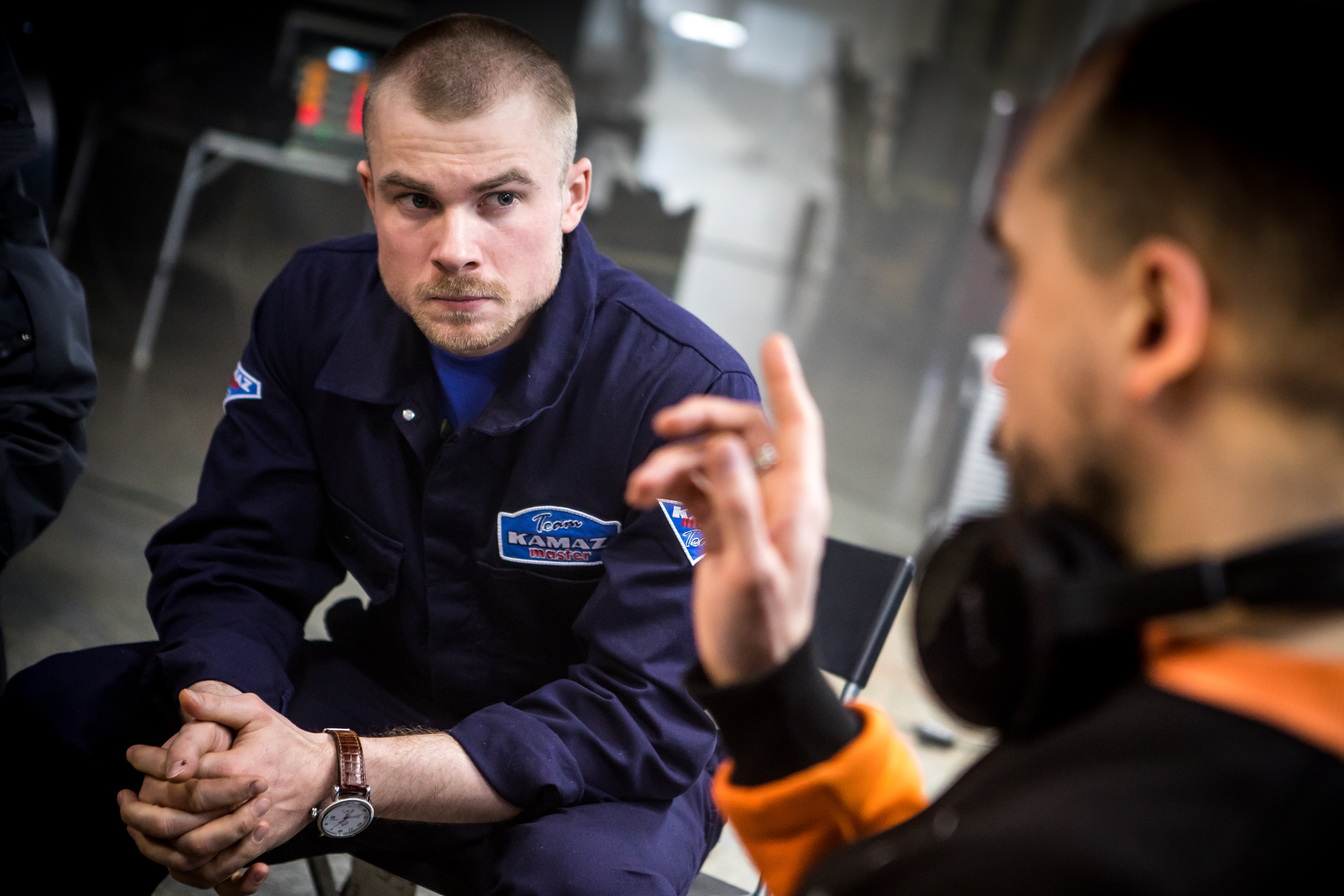 KAMAZ-master sports team is a unique Russian factory team, successfully representing the country in the world motorsport, was founded in 1988. A thorny way to conquer the Dakar started in 1990, and the first time the crew won in 1996. Since that time the team participated in the race 29 times and won 17 times in it. Also they have three World Cups and eight victories in the super-marathon Silk Way Rally under their belt. In 2020 racers from Naberezhnye Chelny became winners of the Dakar Rally in Saudi Arabia. Remarkable fact is that shooting of the serial started precisely two weeks after this confident win.

Preparation to the project was long and diligent: the whole process took approximately 5 years. Shooting of the picture will be held in the Republic of Tatarstan – on the training area of KAMAZ in Naberezhnye Chelny and in Kazan, as well as in Moscow, Astrakhan and Astrakhan region on the territory, where Gold of Kagan Rally-Raid takes place, and in Kazakhstan, including the route of the international Silk Way Rally.

The project is produced by the company Art Pictures Vision with support of KAMAZ-master sports team and the President of the Republic of Tatarstan Rustam Nurgalievich Minnikhanov. 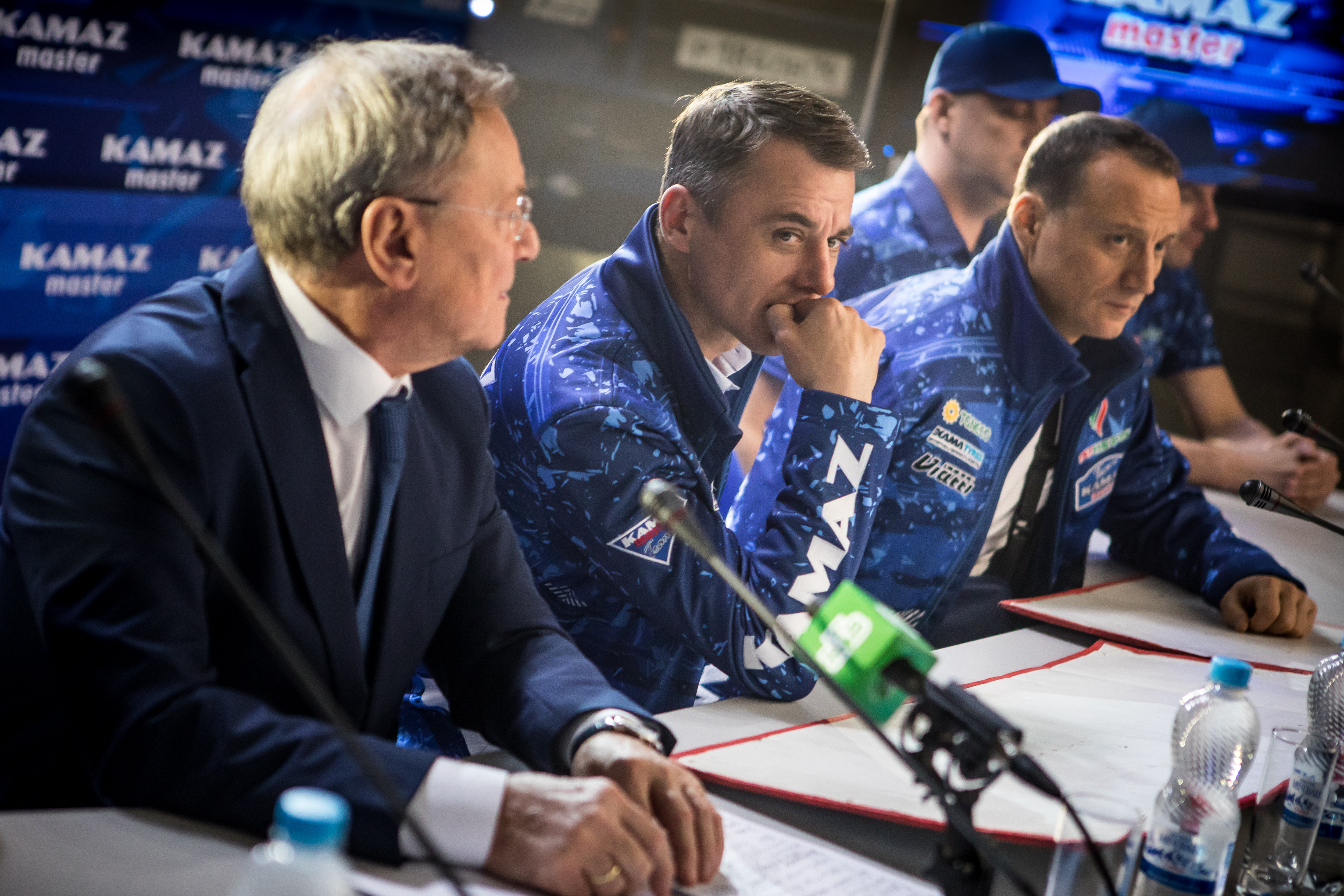 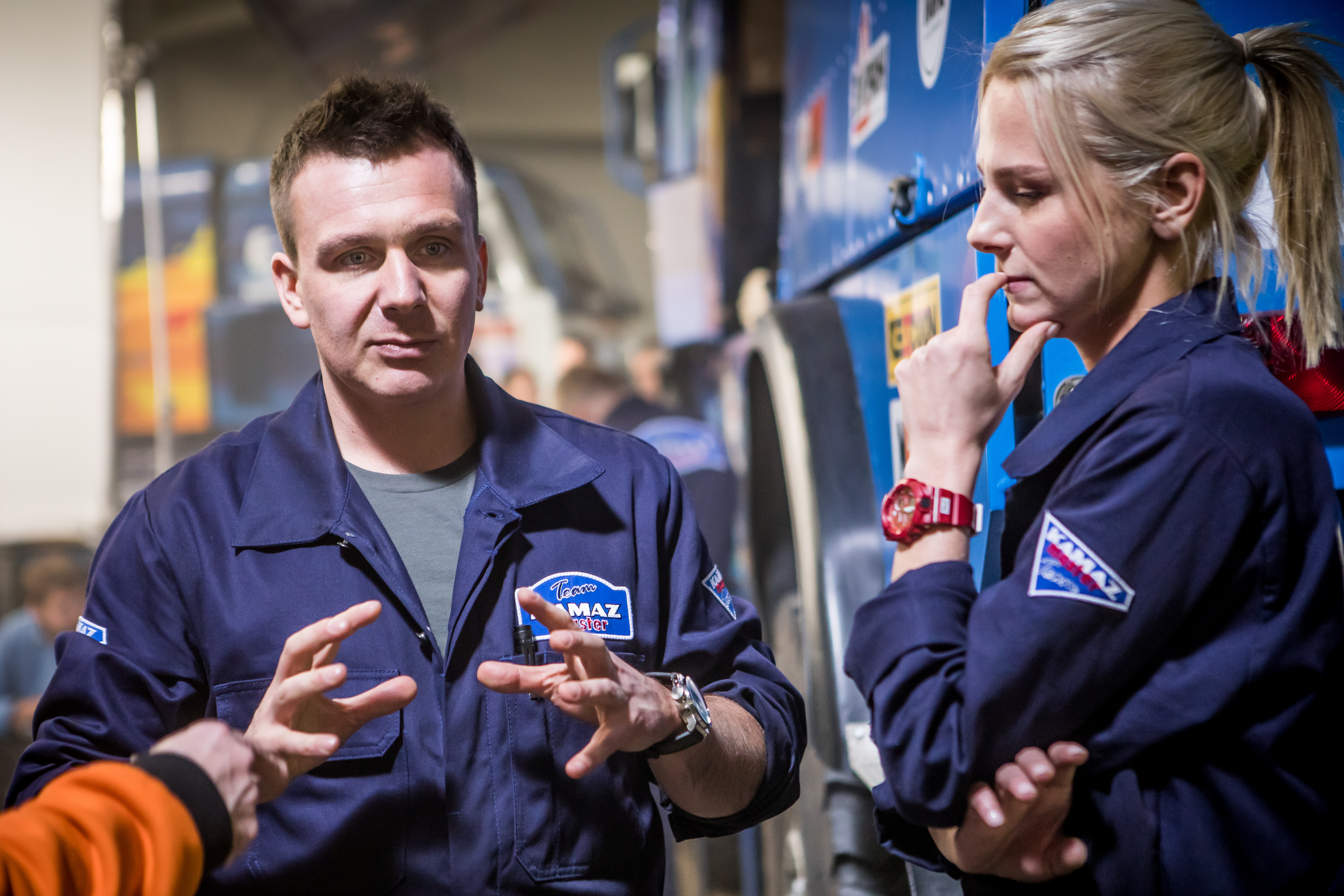 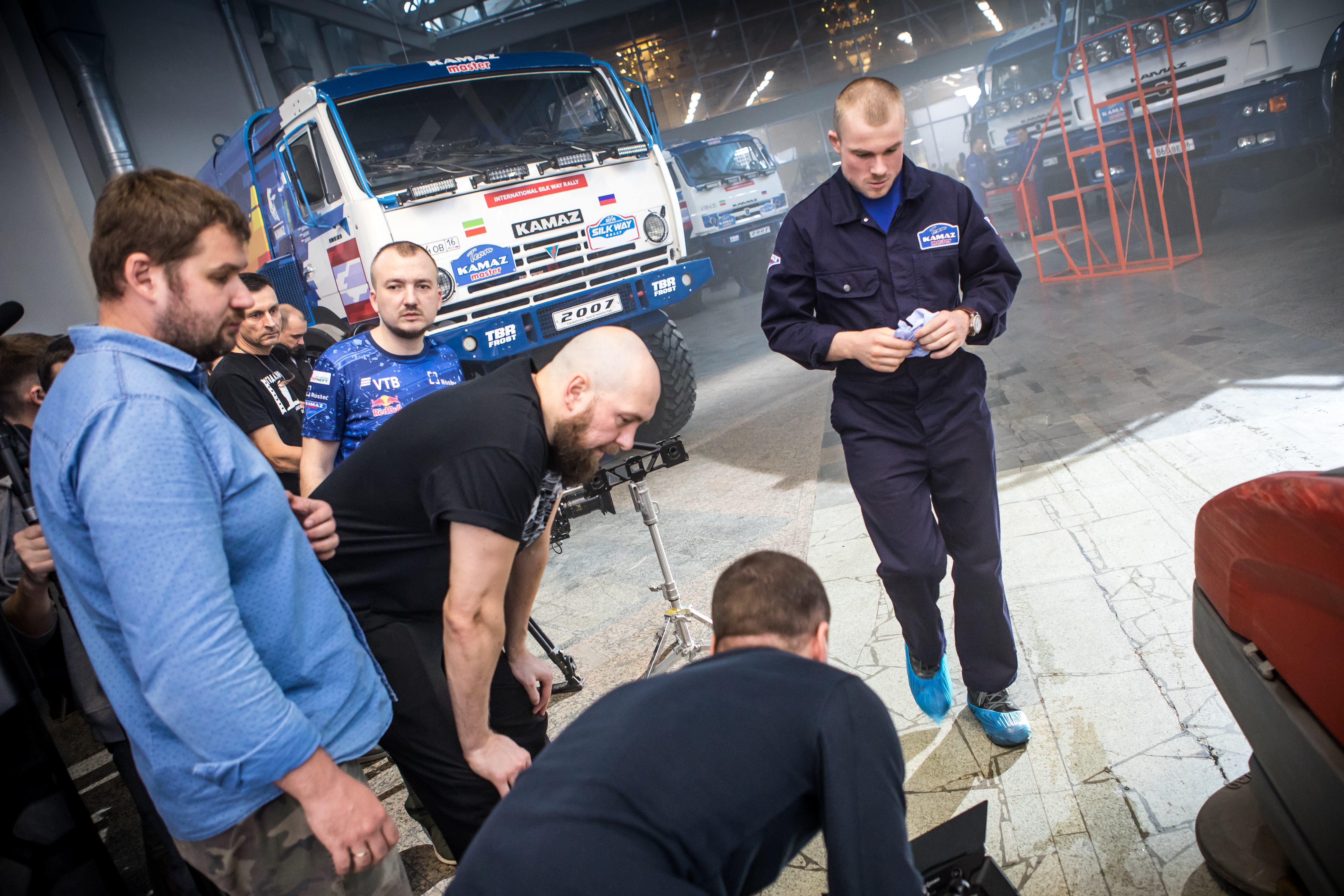