The sixth stage of the international Silk Way Rally 2019 on the route Mandalgovi - Dalanzadgad took place on Friday, July 12th.

According to the plan, the final stage on the territory of Mongolia included 1.25 km of liaison before the start, 408 km of special section and 2.33 km of liaison after the finish. However, at the evening briefing, the rally directorate informed the crews about changes in the route. A neutralization zone appeared from the mark of 157.23 km to 286.65 km, and the speed of passing this segment is controlled by GPS. The division of the special stage into two parts is due to the fact that a part of the route is seriously damaged by heavy vehicles, carrying coal.

Adjustments did not affect the character of the route. Crews were waiting for high-speed steppe roads and many changes of direction. Such conditions are a great opportunity for a navigator to prove himself, helping the driver to avoid mistakes at high speed. At the same time, numerous waypoints were supposed to make it a little easier for sports crews to navigate, going to the finish line.

The first out of KAMAZ-master Team started Andrey Karginov, winner of the fifth stage. Like all other contestants of the race, the triumphant of the Silk Way Rally 2018 took the start one hour later than planned due to technical issues of the organizers.

If on the first stages the contestants rolled into the race, now, after its equator, the battle goes in seconds on every meter. Hence the highest speeds throughout the entire sports distance. Unfortunately, the crew of Andrey Karginov, showing the second time at WP1, was not lucky on the stony part of the route: the truck jumped out from behind the hill and landed on sharp stones. The replacement of the punctured wheel took precious five and a half minutes.

The driver of KAMAZ-master Team, Andrey Karginov (crew No 300): “Today is the fastest day in the competition, I didn’t take my foot off the gas all day. We kept a constant speed of 138, 139, 140 kmh, and overcame stony sections easily. We went second at the start in the overall after Nasser Al-Attiya. We were first to go among trucks, cut, tried to find our own trajectory, and in one of the places, jumping out of the hill, we saw two large stones. We landed on them, maybe overpressed the brake a bit. The front wheels flew over, but the rear wheels landed just between the two stones and one wheel was torn to pieces. We stopped, changed the wheel, spent about 5.5 minutes on it and continued to move on. But the time was already lost. "

On the kilometers that remained to the finish line, crews of Anton Shibalov and Airat Mardeev fought desperately with the Silk Way leader in the truck standings Siarhei Viazovich from MAZ-SPORTauto. The final result is as follows: the Belarusian athlete became the first, having driven the distance in 2 hours 8 minutes 14 seconds, KAMAZ-master crews became second and third: Shibalov fell behind by 27 seconds, Mardeev - by 28 seconds. Karginov finished fifth with a lag of 5 minutes 17 seconds, Kuprianov was seventh (+12: 49).

The driver of KAMAZ-master Team Anton Shibalov (crew No 303): “The day was fast, we drove all the time at maximum speed. There even were not large areas, where you would have to slow down a lot. Almost the whole day we heard a sound that warned of the maximum speed. In general, we drove smoothly and steadily. We saw only Andrey Karginov’s crew, who changed the wheel, the guys started in front of us, we drove them around and they came after us for neutralization, so the second part of the race we were ahead. "

In the general classification Viazovich keeps the lead (14 hours 42 minutes 19 seconds). Anton Shibalov continues to chase the competitor (+16: 31), Andrey Karginov is 23 minutes 52 seconds behind the leader, followed by Airat Mardeev (+33: 34).

The driver of KAMAZ-master Team, Airat Mardeev (crew No 302): “There was nothing particularly interesting in the route, a very fast road. The main task was not to lose time and not to puncture a wheel, as there were many places on the route where we cut and where there were a lot of stones."

Sergey Kuprianov is taking the sixth line in the ranking table (01:03:53). The crew on the gas-and-diesel truck leads the battle for the top-5 in the general classification with the Dutchman Martin van den Brink. Despite this, KAMAZ members stopped at the final part of the route to help their friends from the MSK Rally Team, dragging the car to the finish line. Such a gesture was welcomed by spectators gathered in the boundless steppes of Mongolia.

The driver of KAMAZ-master Team, Sergey Kuprianov (crew No 305): “Today the day was not only divided into two parts, but also passed in a different mood. The first one seemed rather boring to us, because we drove all the time straight and very fast. Thereat Aliaksei Vishneuski caught up with us on his MAZ, we let him ahead, then we stood in the neutralization zone. On the second half of the special stage, we somehow found ourselves together with MAZ again, and it was our turn to overtake it. Then we drove very well, quickly, but about 14 km before the finish we were stopped by our friends - Denis Krotov in and Dmitro Tsyro, they asked to drag them to the finish line. We could not help but stop and help. "

In the schedule of Saturday, the racing special stage is not planned. The rally caravan is awaited by driving for many kilometers from Mongolia to China, crossing state borders. This day, the rally contestants will say goodbye to the hospitable Mongolian land and say "hello!" to the Gobi Desert, the largest desert in the world. The distance between the cities of Dalanzadgad and Bayinbaolige is 551 km. 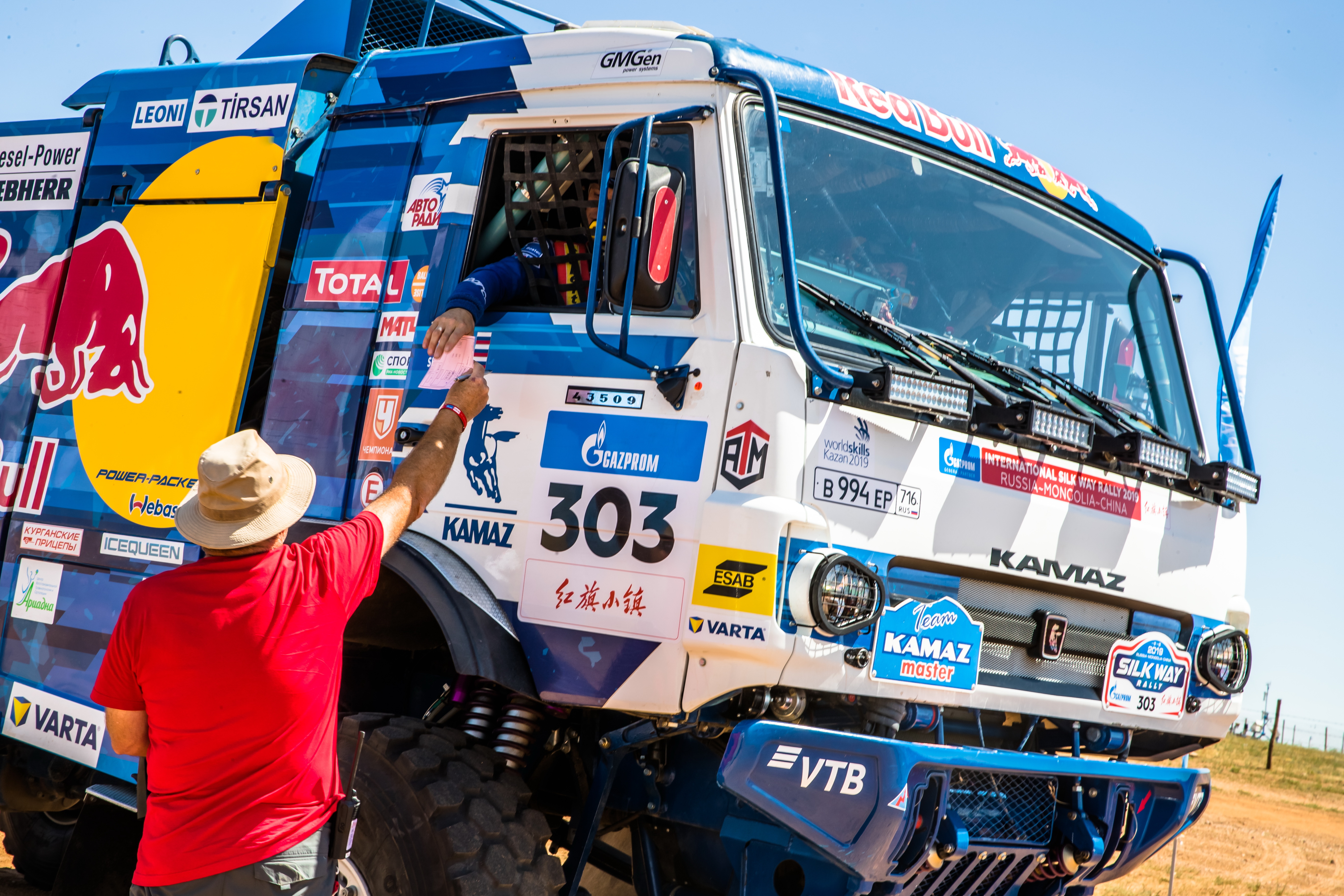 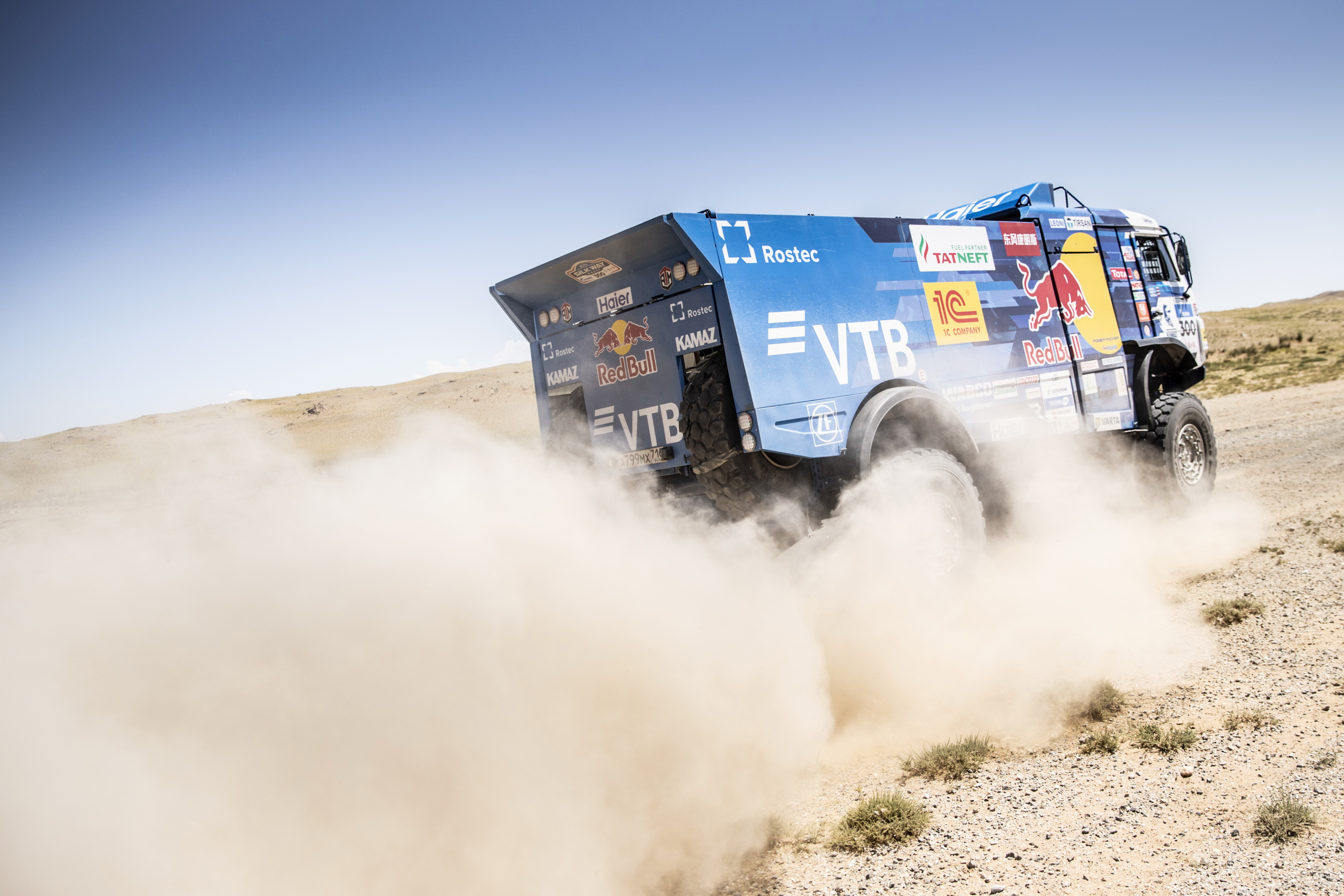 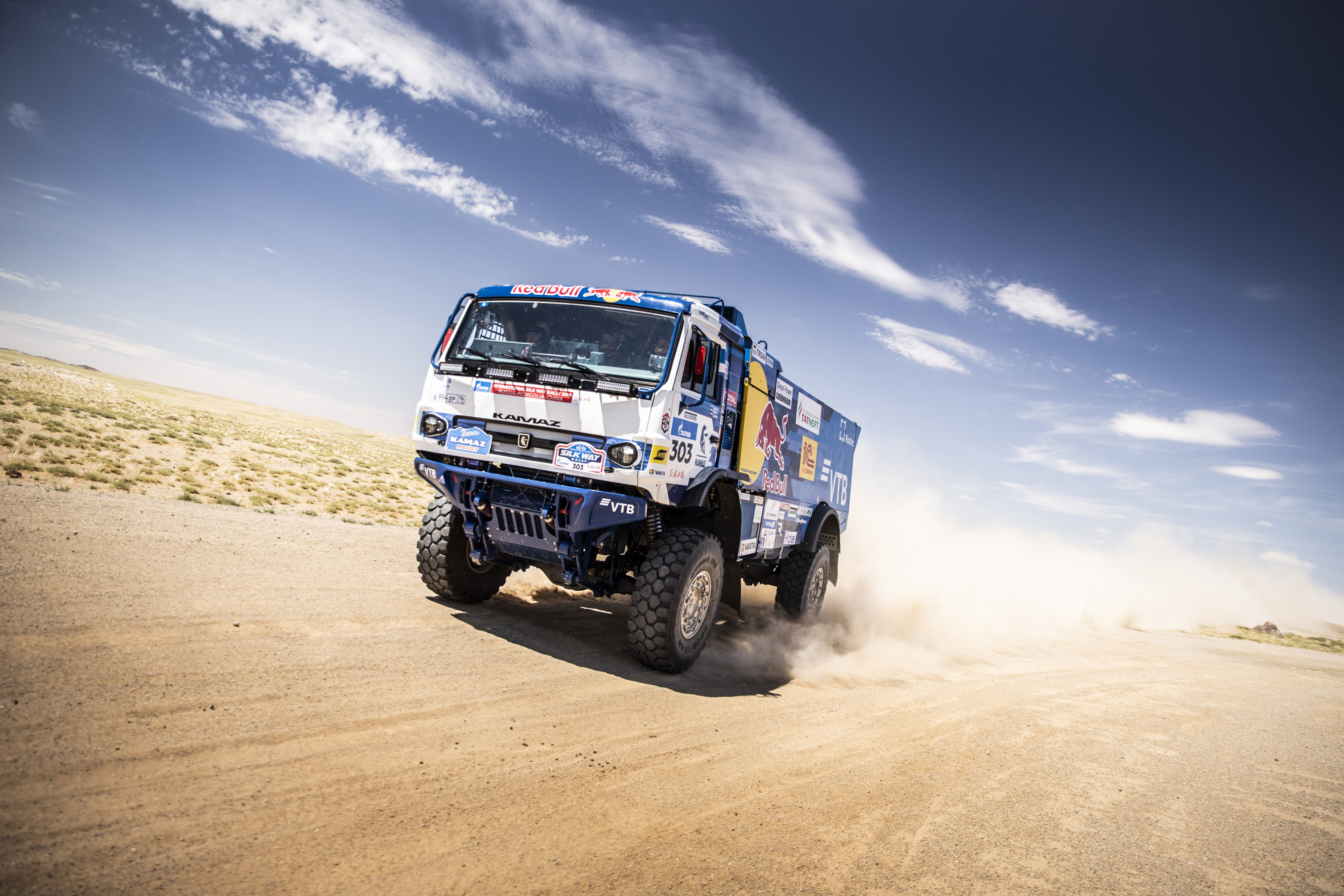