The fifth stage of the international Silk Way Rally 2019 on the route Ulaanbaatar – Mandalgovi took place on Thursday, 11 July.

The race equator came to the middle Mongolia. A small town of Mandalgovi with a population of just over 10 thousand inhabitants is located 260 kilometers from the capital in East Asia. Here, on the vast steppe expanses, race crews were preparing to overcome the special stage with the length of 337 kilometers.

After a 22-km liaison the rally caravan was awaited by hilly terrain, sands, ravines and pits, as well as huge boulders and sharp stones, due to which they had to slow down to the minimum speed in order to keep the vehicles in a “combative” condition.

Today's stage combined the skills of the pilots and the navigators to read the route quickly and promptly dictate positions of the road-book. There were no problems with this in KAMAZ-master Team today - all four crews coped with passage of the special stage perfectly.

After the finish, many racers, including Sergei Kariakin and Aleksandr Vasilevski, expressed dissatisfaction with the behavior of individual Chinese crews on the track. The main complaint of the rally contestants was the following: “They do not give way and try to prevent the cars, going at a higher pace, from overtaking”. 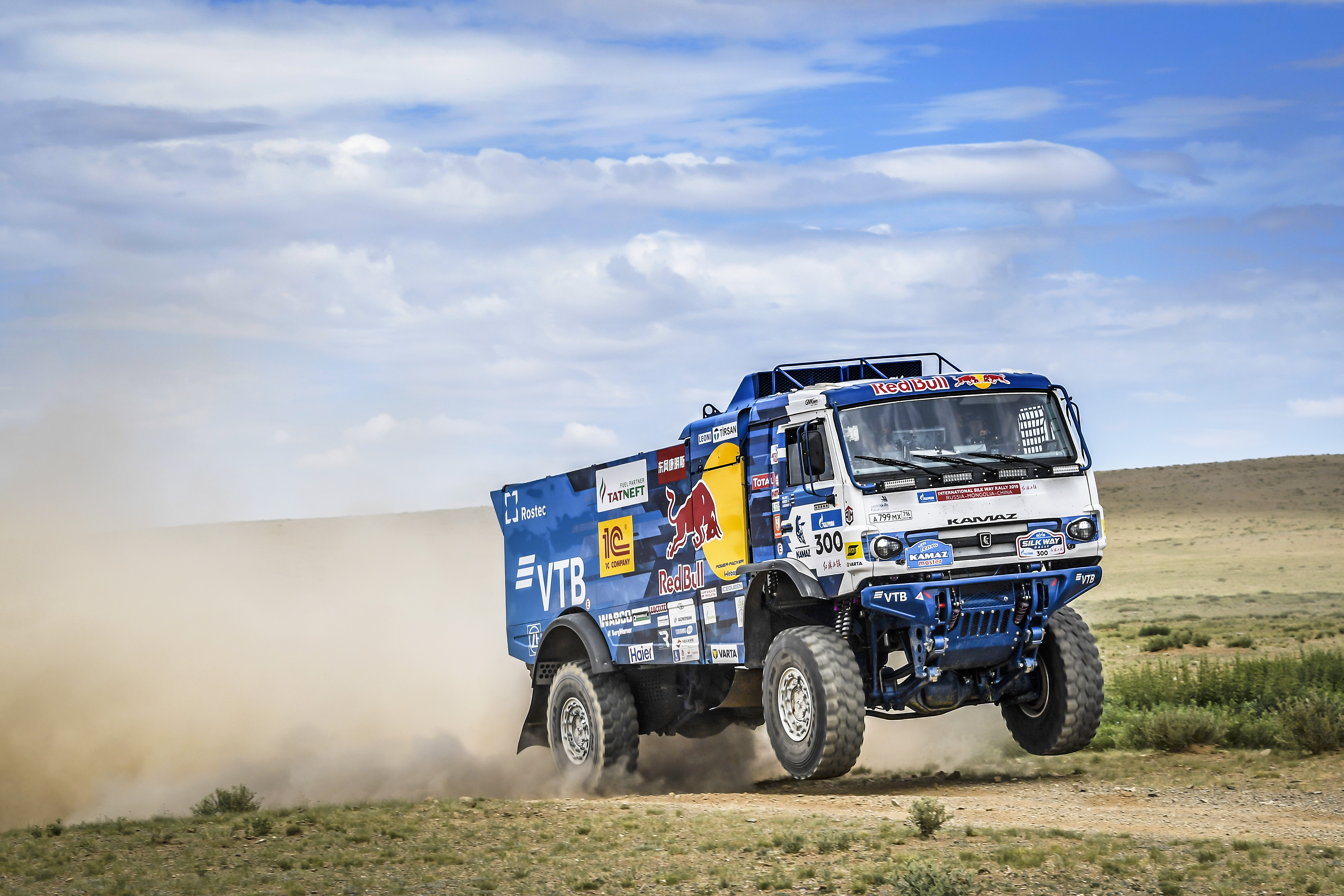 Driver of KAMAZ-master Team, Airat Mardeev (crew No 302): “Today there was a very fast and speed road, a lot of dust. We drove for a long time after Anton Shibalov, we saw that he was held by the jeep of the Chinese crew ahead. Anton was able to drive around the car off-road, and we had to drive the last 60 kilometers of the special stage after the Chinese. They don’t let overtake, don’t react to us - the regulations need to be read and known! I mean, we caught up with the crew, they know that they started much earlier, than we did, and our pace is much higher. If they had let us go immediately, they would have hindered neither us nor themselves, but they thought differently. As a result, they were raising dust in front of us and interfering us." 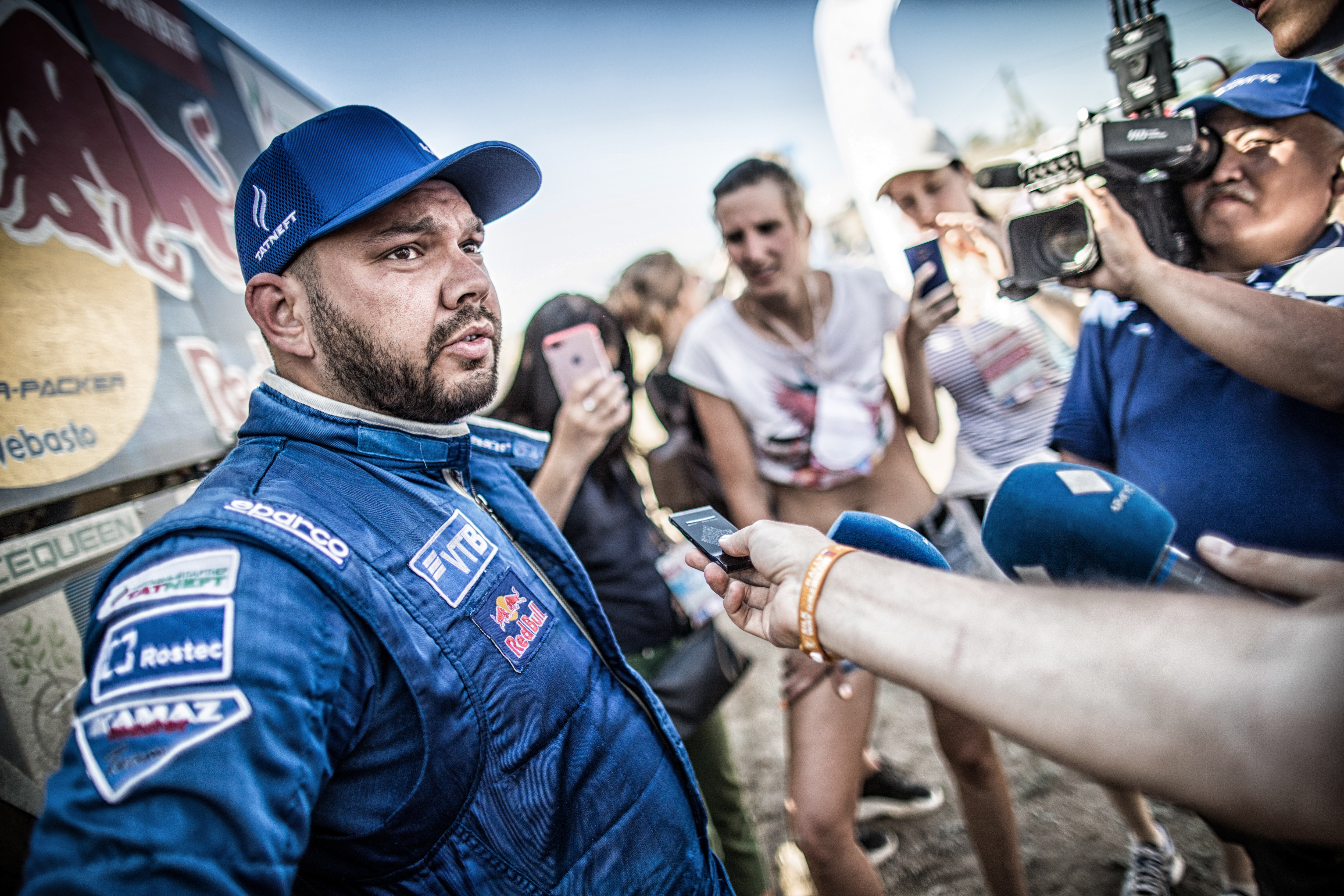 Driver of KAMAZ-master Team Anton Shibalov (crew No 303): “We passed this special stage clean and fast, at a good pace. The only thing was that we “sat” in the dust again behind off-road cars for a while. Reluctantly people let overtake this time throughout the whole race. When we could get closer to them, they had nowhere to go, and they let overrun, but that was 80 kilometers later. " 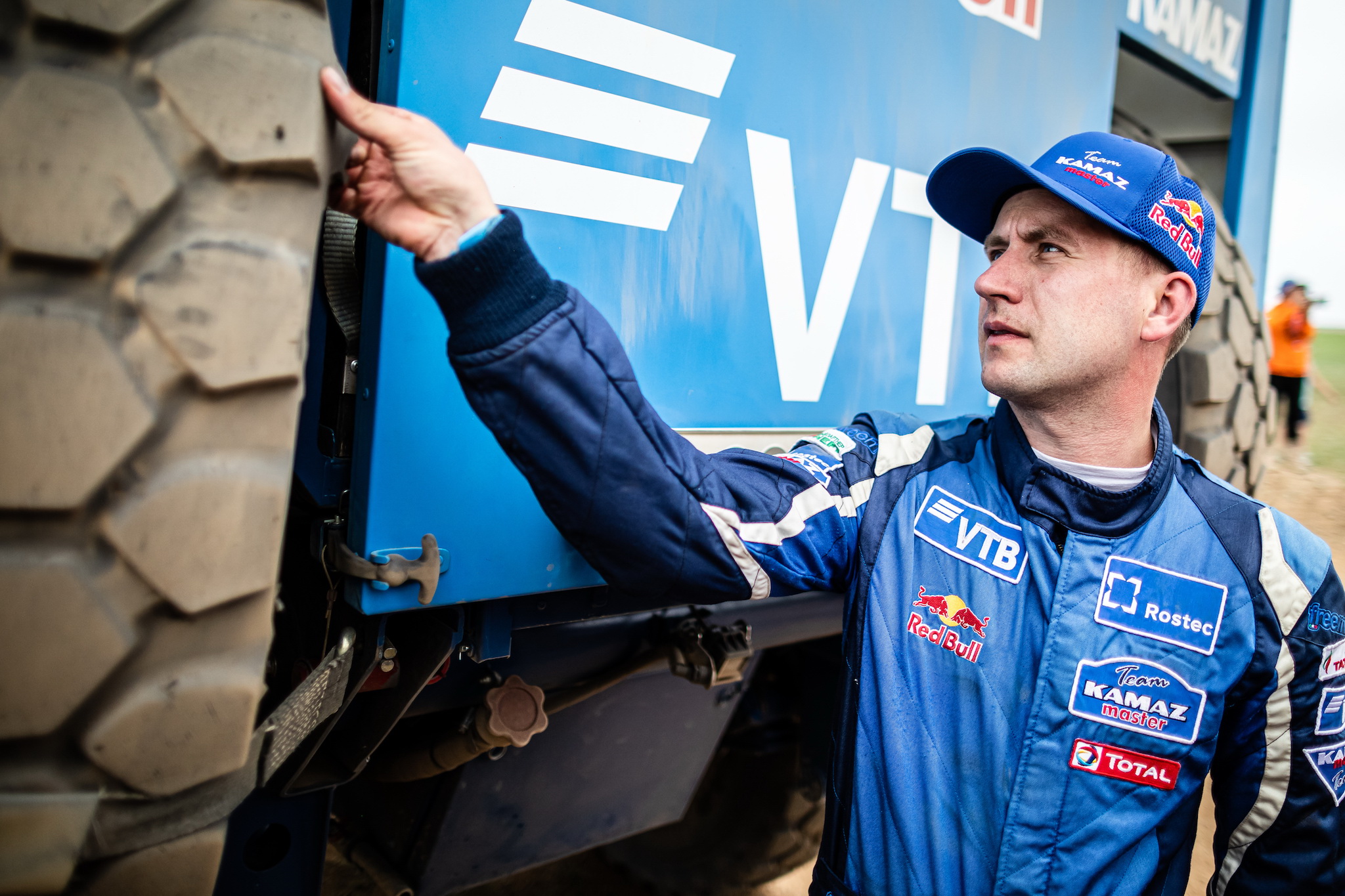 Fortunately, problems with overtaking did not affect the results of the Chelny team. Andrey Karginov showed the best time of the day - 2 hours 45 minutes 28 seconds and won the stage of Silk Way Rally 2019 for the second time. As on Tuesday, the experienced pilot in the overall lost only to the three-time winner of the Dakar in the car category to Nasser Al-Attiyah.

Anton Shibalov was 4 minutes 18 seconds behind the winner, showing the fourth result in the overall.

After the end of the fifth stage of the race there was important information from the rally commissars. Siarhei Viazovich and Anton Shibalov received a one-minute penalty for overspeeding. Thus, the crew of Airat Mardeev climbed to the third position according to the ranking of the sports day, and KAMAZ-master took all three places in the results table.

Driver of KAMAZ-master Team, Andrey Karginov (crew No 300): “From the very beginning we tried to catch up, as yesterday we had a poor day due to technical problems. Today we drove a large number of straight high-speed sections very quickly. Approximately on the 180th kilometer we saw the rivals - the MAZ truck. It started five minutes from us and we understood that we were moving faster. We drove up to the village, gave them a signal, after which they let us overtake and we continued to drive at our pace. At today’s stage, we could win back almost 7 minutes. Race has only come to the equator, we continue to fight! Rally-raid is such a sport where the struggle must be up to the last meters. You can’t relax until the very finish - everything can change. " 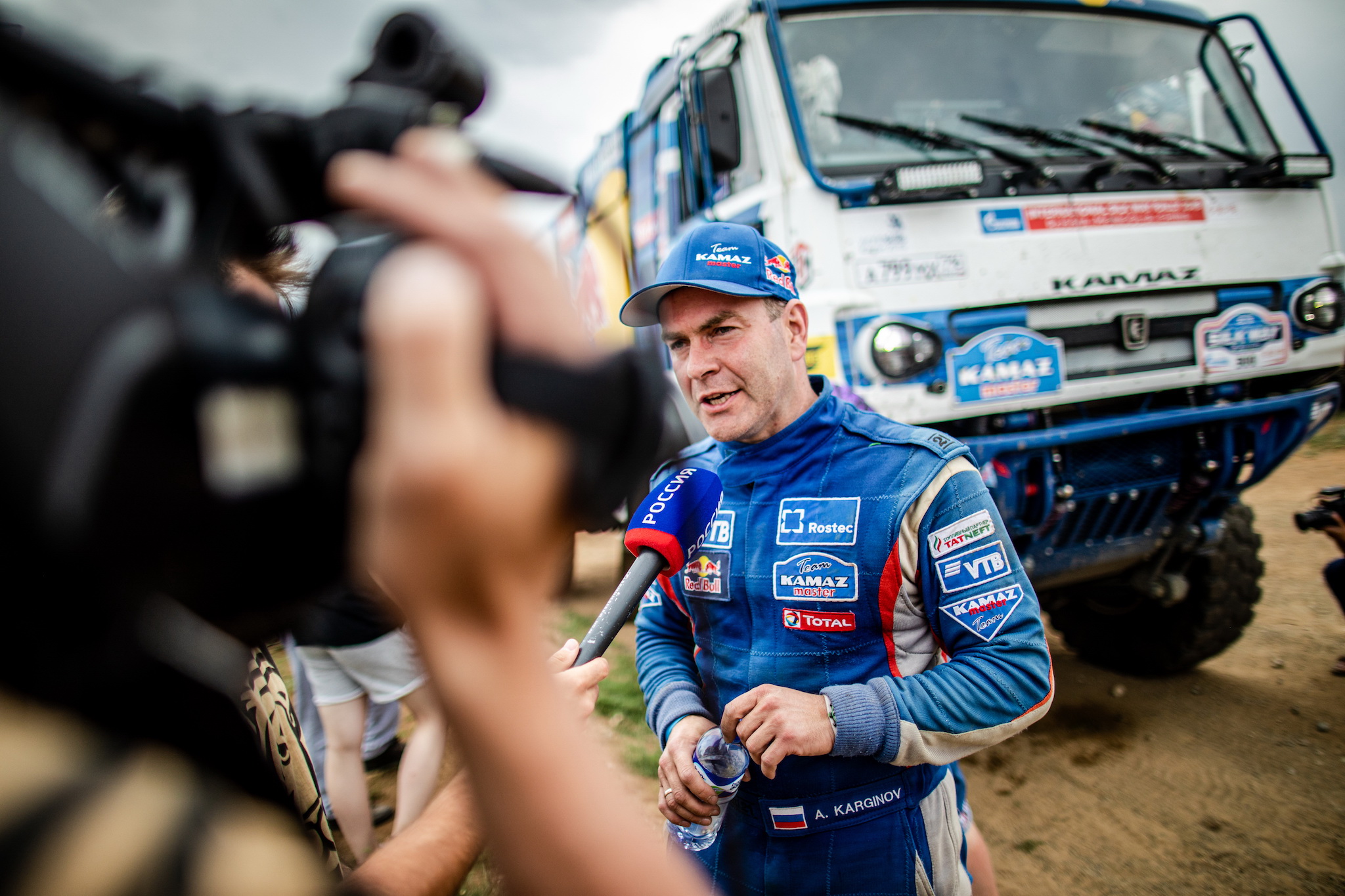 Mechanic of KAMAZ-master Team Akhmet Galyautdinov (crew No 305): “We didn’t have any difficulties on today's special stage. The only problem was the large amount of dust left by the crews ahead. We fought only with this, due to the dust we could not overtake one of the trucks and a jeep for a long time. " 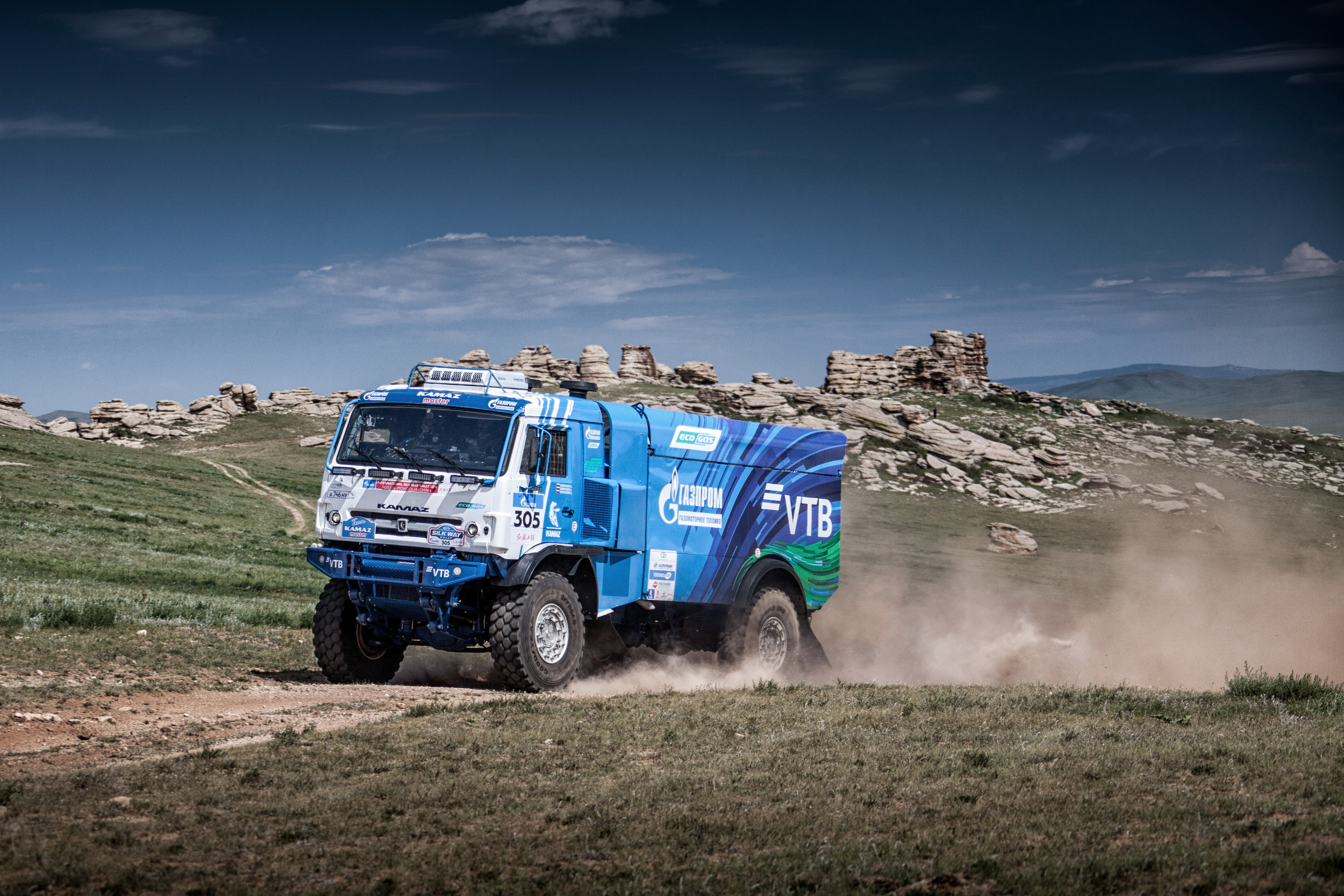 In the general classification, Anton Shibalov reduced the gap from Viazovich to 16 minutes 4 seconds. And Andrey Karginov played back at once almost 8 minutes from the Belarusian crew. Airat Mardeev and Sergey Kuprianov also retained their positions - fourth and sixth places, respectively. The fight for the "White Tiger" continues!

The sixth stage will take place on the route Mandalgovi - Dalanzadgad on Friday. The total length will be 411 kilometers, 408 kilometers of which will be in the sports mode.