SILK WAY RALLY 2019: HEAT IN THE TRUCK CATEGORY IS GROWING.

The fourth stage of the international Silk Way Rally 2019 started and finished in Ulan-Bator on Wednesday, July 10.

After successful performance of KAMAZ-master crews on Tuesday, when Andrey Karginov brought the first victory to the Russian team on stages of Silk Way Rally 2019, and Anton Shibalov became the second, it seemed that things were going better for the Naberezhnye Chelny citizens.

The organizers prepared a loop section for the race contestants. To the starting point there were just three and a half kilometers. Then there were 470 kilometers of high-speed special stage, which included many dangerous and tricky points.

Karginov’s crew  went to the start first among trucks, Shibalov set off to conquer the Mongolian steppe after his teammate. Airat Mardeev and Sergei Kupriyanov entered the race a bit later. The task was to catch up with the rivals and win back the minimum lag in the overall standings.

The starting positions allowed the drivers to avoid dust on the track, which greatly hindered the previous day. At around 200th kilometers Shibalov and Karginov were behind Siarhei Viazovich (“MAZ-SPORT-auto”) for 21 and 24 seconds, respectively. Circumstances interfered with the intense struggle: first, the engine temperature in Karginov’s truck began to rise, and then two wheel punctures occurred. 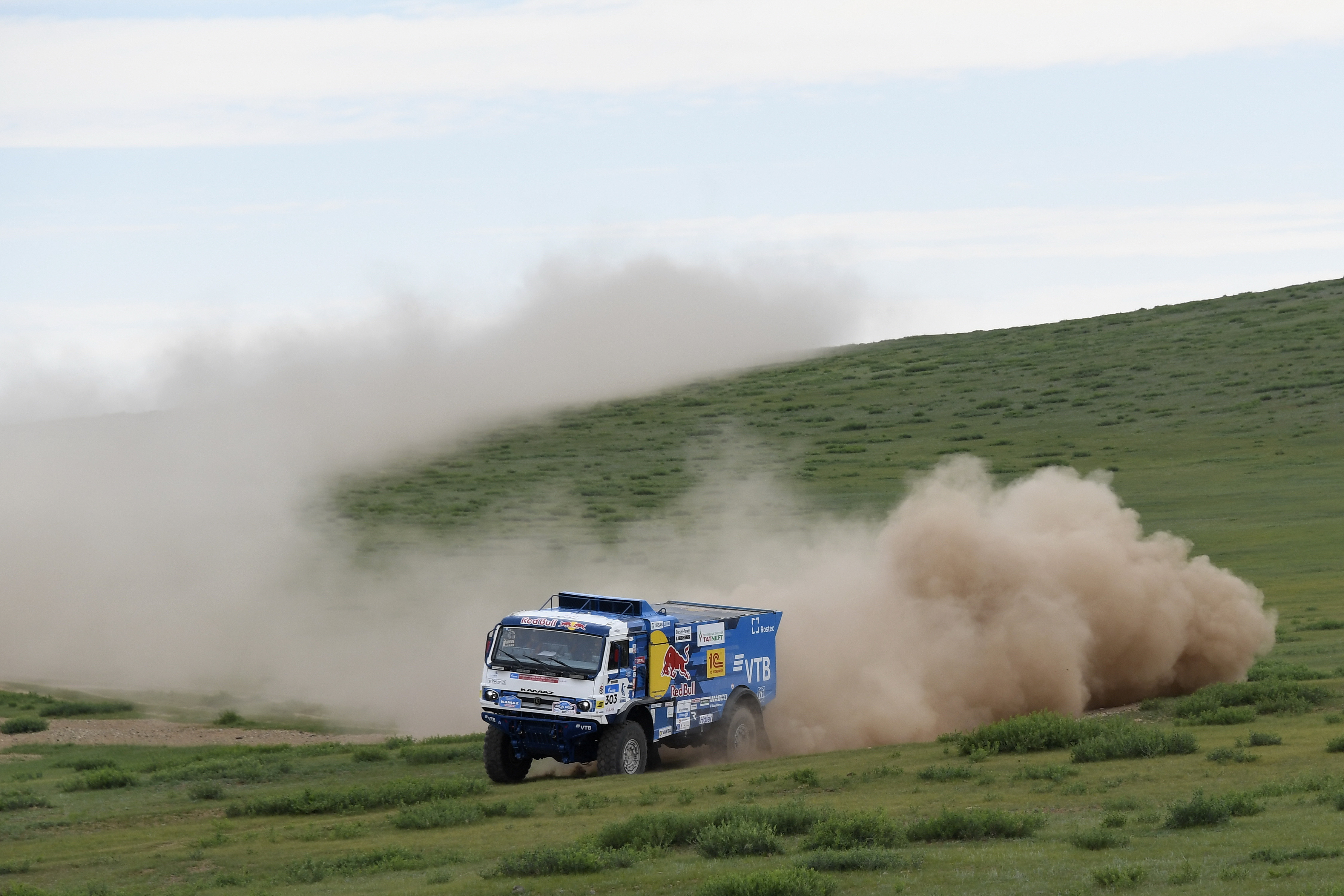 Driver of KAMAZ-master Team, Andrey Karginov (crew No 300): “Somewhere in the middle of the special, we felt the smell of tosol, started to monitor the temperature, we thought, that little by little it might go away. As soon as the situation became critical, we stopped and saw the leak, we poured water and continued our way, and then the temperature began to rise again. We saw Anton Shibalov, took water from him. All in all we topped up the water four times and at the end changed two wheels, punctured due to high maximum speeds and stony surfaces: first we changed the left wheel, then the right one. It is still not clear why tosol was flowing, but we understood that the flow was bearable, and, filling up with water, we lost less time than if we started to sort it out and change. Most likely, the reason was a crack in the radiator. "

Other KAMAZ-master crews  did not avoid problems either. Anton Shibalov, snapping at Vyazovich’s heels, changed the wheels twice between 300 and 401 kilometers, spending important 20 minutes. Airat Mardeev also used the entire reserve of spare tires, losing about 11 minutes. And only Sergei Kupriyanov passed the special stage without any incident. In the overall standings, Shibalov moved up to the second line by displacing Karginov from it, and Mardeev is taking the fourth line now. 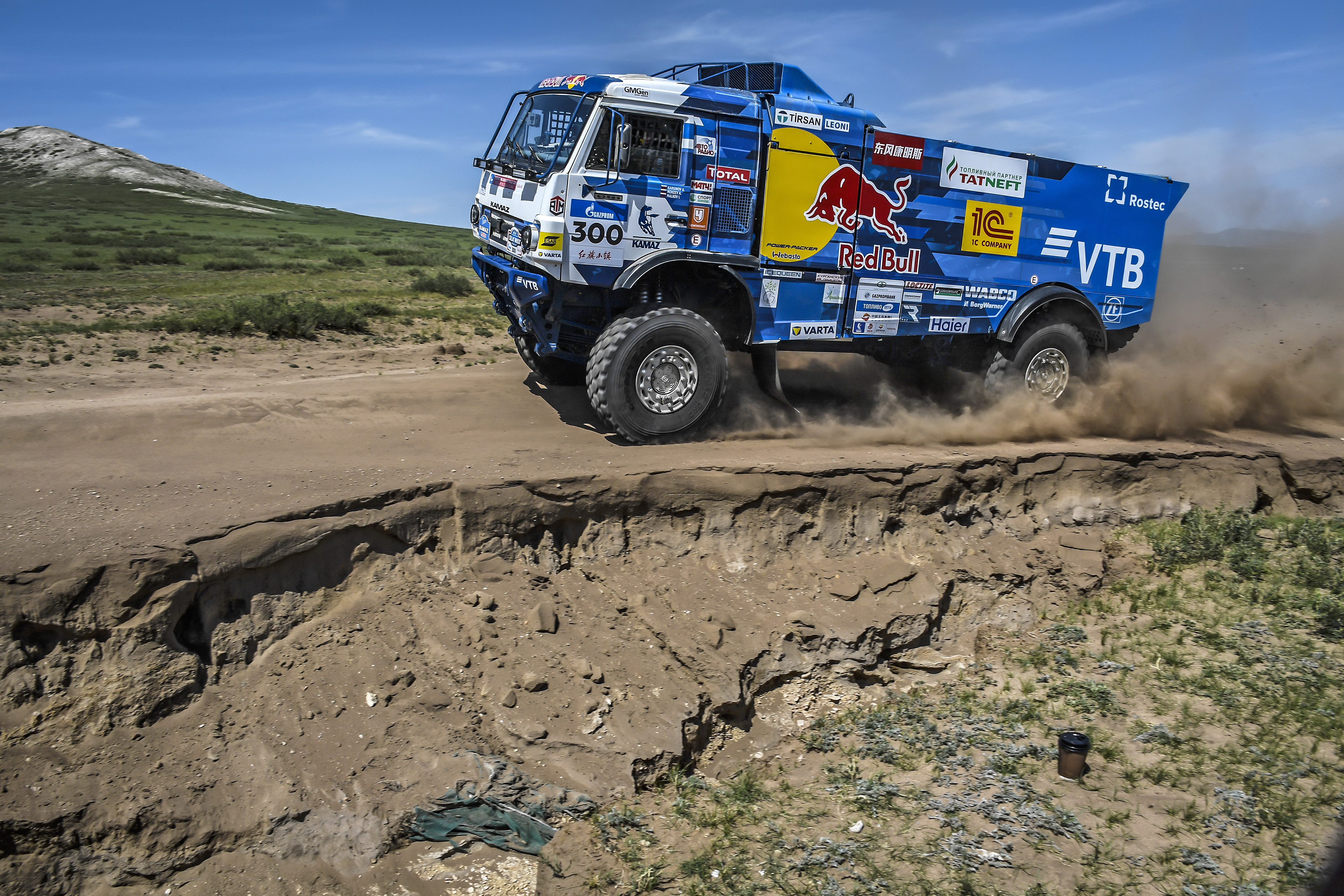 Driver of KAMAZ-master Team, Anton Shibalov (crew No 303): “Today we had to change two wheels. There was a lot of maximum speed, and despite choosing correct pressure, the wheels punctured. Unfortunately, for the replacement we lost 20 minutes, it is sufficient. Today was not our day. From the point of view of physical condition it was not a heavy special section, but in terms of technology it was difficult."

Driver of KAMAZ-master Team, Sergei Kupriyanov (crew No 305): “We are fine, we stopped only to pull out the stuck crew that entered the ravine and could not get out. In some places we remembered Morocco; it was very similar, only closer. In general, everything was great: we coped with the navigation, it was not very hot, I am just excited of today. " 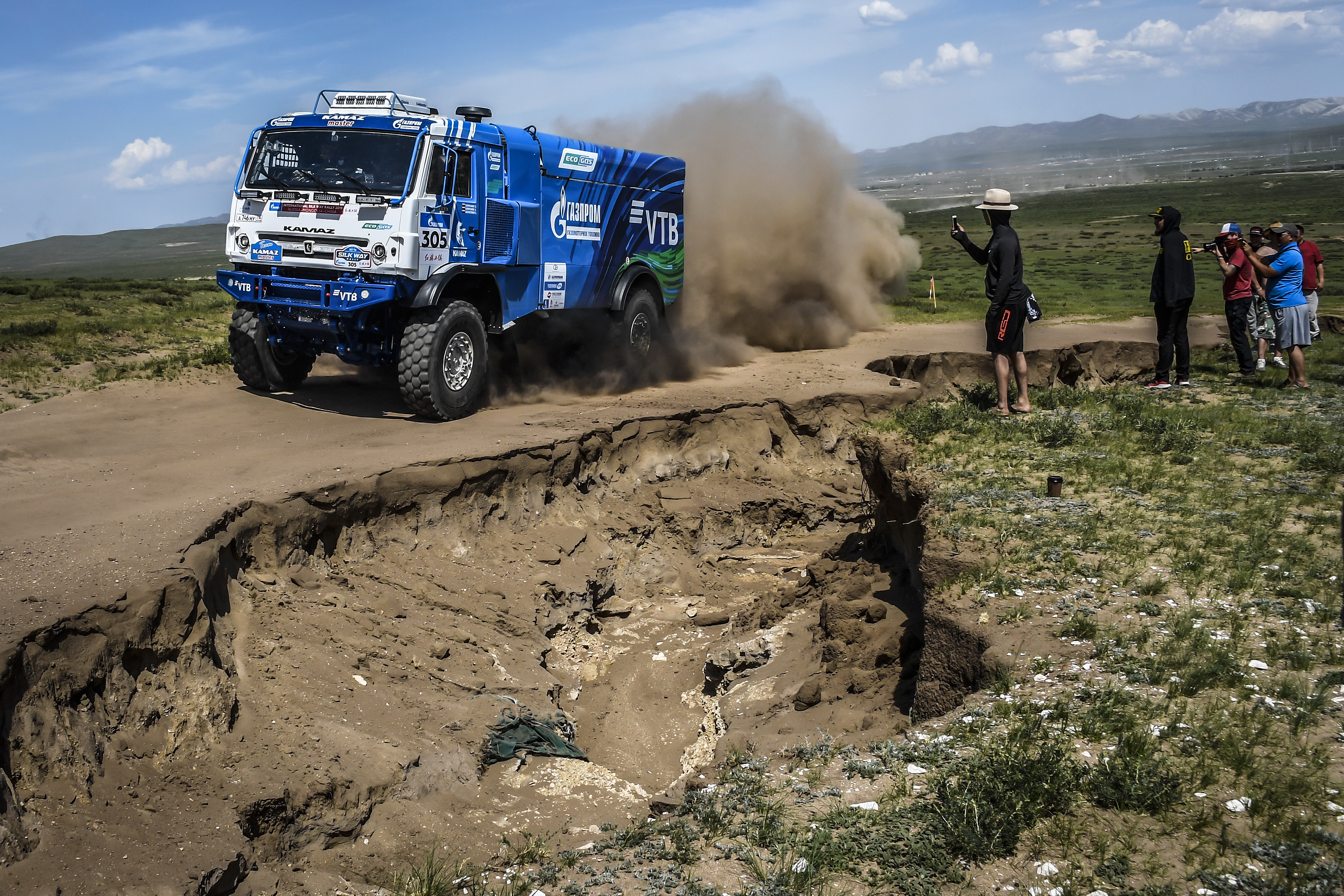 Wednesday has become unhappy for KAMAZ-master Team. However, the whole struggle is still ahead, because the Russian team never surrenders ahead of time.

Driver of KAMAZ-master Team, Airat Mardeev (crew No 302): “11 minutes were lost for the wheel replacement. We stopped twice for five and a half minutes. We could not risk and had to reduce speed at the end, as we didn’t have more spare tires, and behind us was only Sergei Kupriyanov. The section was rather difficult, long, with many high-speed sections, where it was possible to cut, which we practiced quite well. A lot of holes, hummocks, which certainly were not pointed. We were shaking long and hard. In general, the situation is normal, there is still a lot kilometers to go. It's a pity to waste time every day, but China and dunes are ahead - let's see what is there. The picture in the overall standings can change drastically, more than once it was proven by the Dakar Rally and the Silk Way Rally. The main thing is not to give up! "

The fifth stage will take place on the route Ulan-Bator - Mandalgovi on Thursday. The total length will be 365 kilometers, 337 kilometers of which will go as a special section. 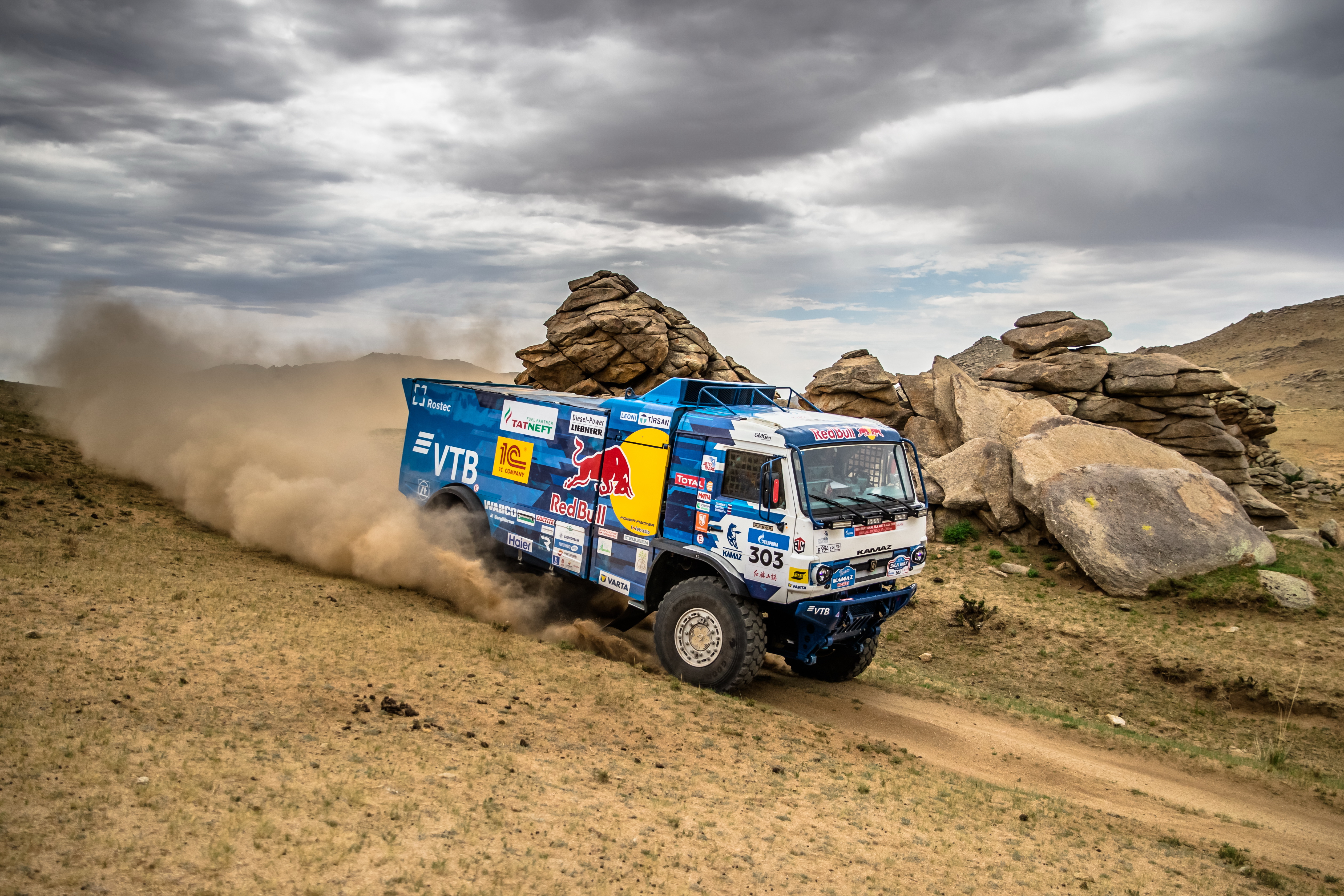