A few hours remain until the start of the first stage of the international Silk Way Rally 2021. Already on Friday morning, the sounds of sports engines of dozens of racing cars and bikes will begin to shake the outskirts of Omsk like a thunderclap. Among them are seven trucks of the KAMAZ-master team, traditionally one of the favorites in the rally-raid world. 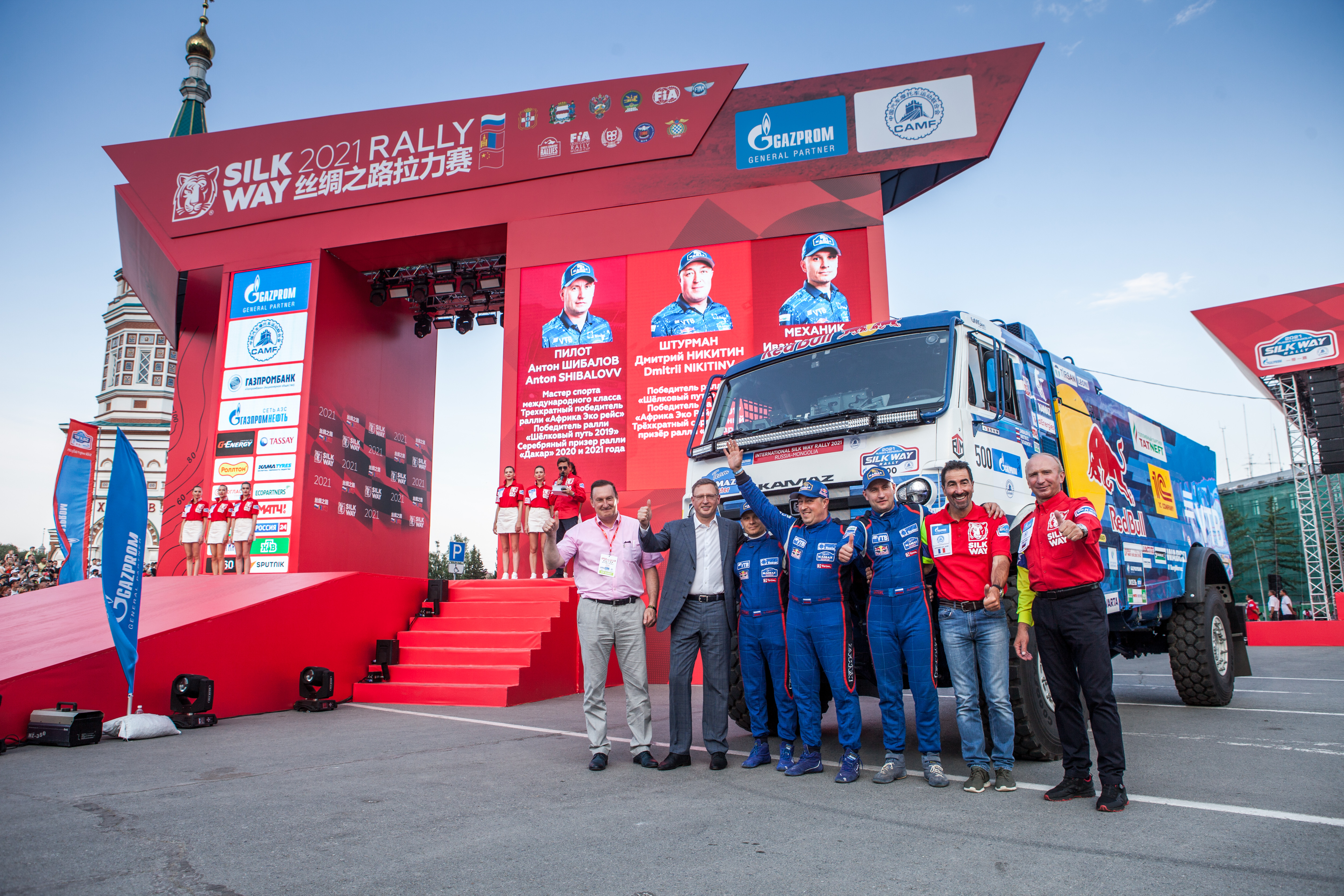 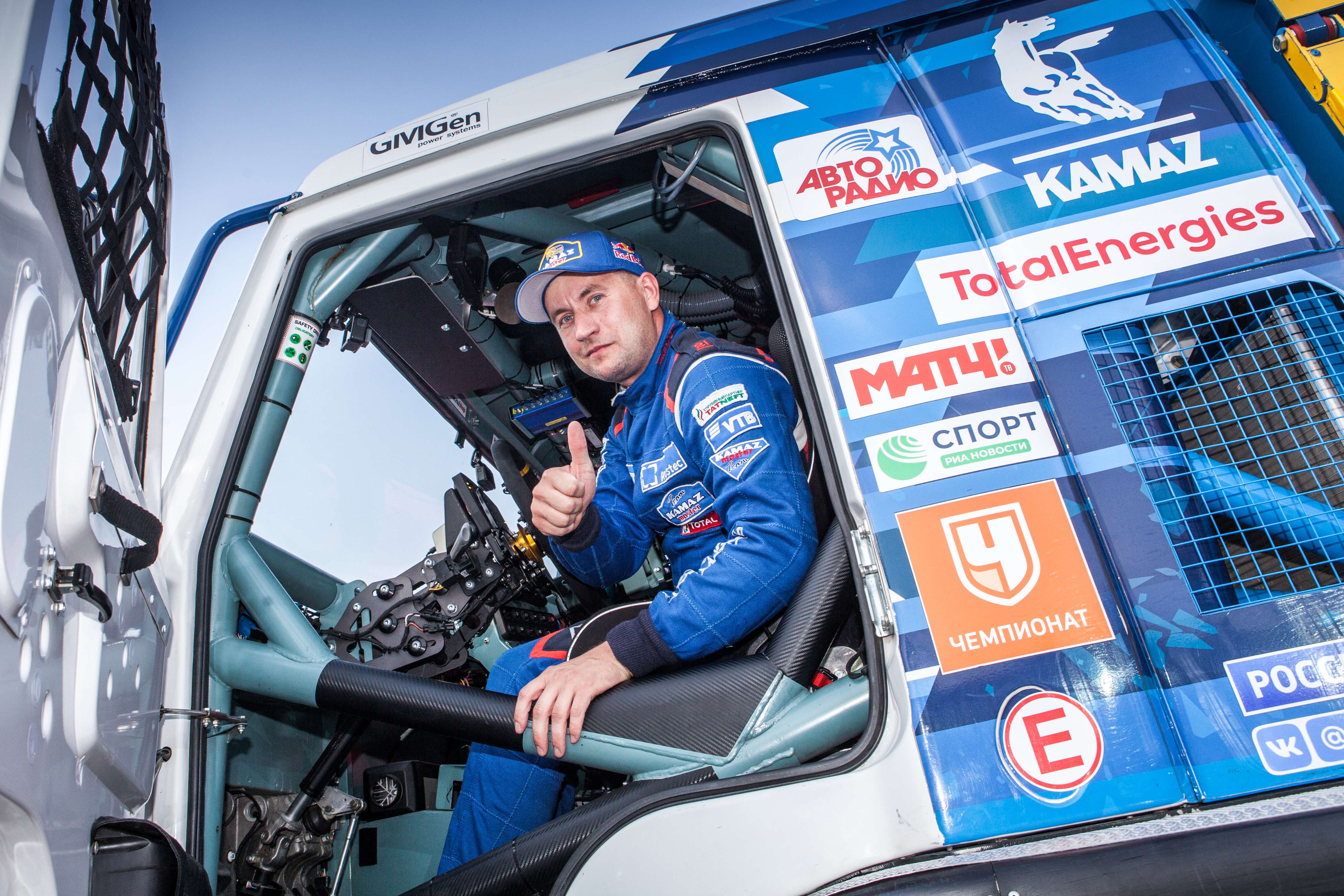 Vehicles, created inside the belly of the KAMAZ sports workshop in Naberezhnye Chelny, arouse increased interest of the public everywhere in the world. Omsk was not an exception. Unfortunately, throughout the race, motorsport fans are unable to enter the bivouac due to coronavirus restrictions. Therefore, they have to observe the trucks in the  blue livery from a distance without the opportunity to get into the territory closed from unauthorized persons. And there were plenty of people who wanted to be next to the new sports truck, because it was the Omsk citizens who were lucky to see the first start of the K5 family truck - KAMAZ-435091. Everyone who passed by the bivouac always took out his phone and took commemorative pictures of the truck, which replaces the KAMAZ-43509, proving itself victoriously at various competitions. 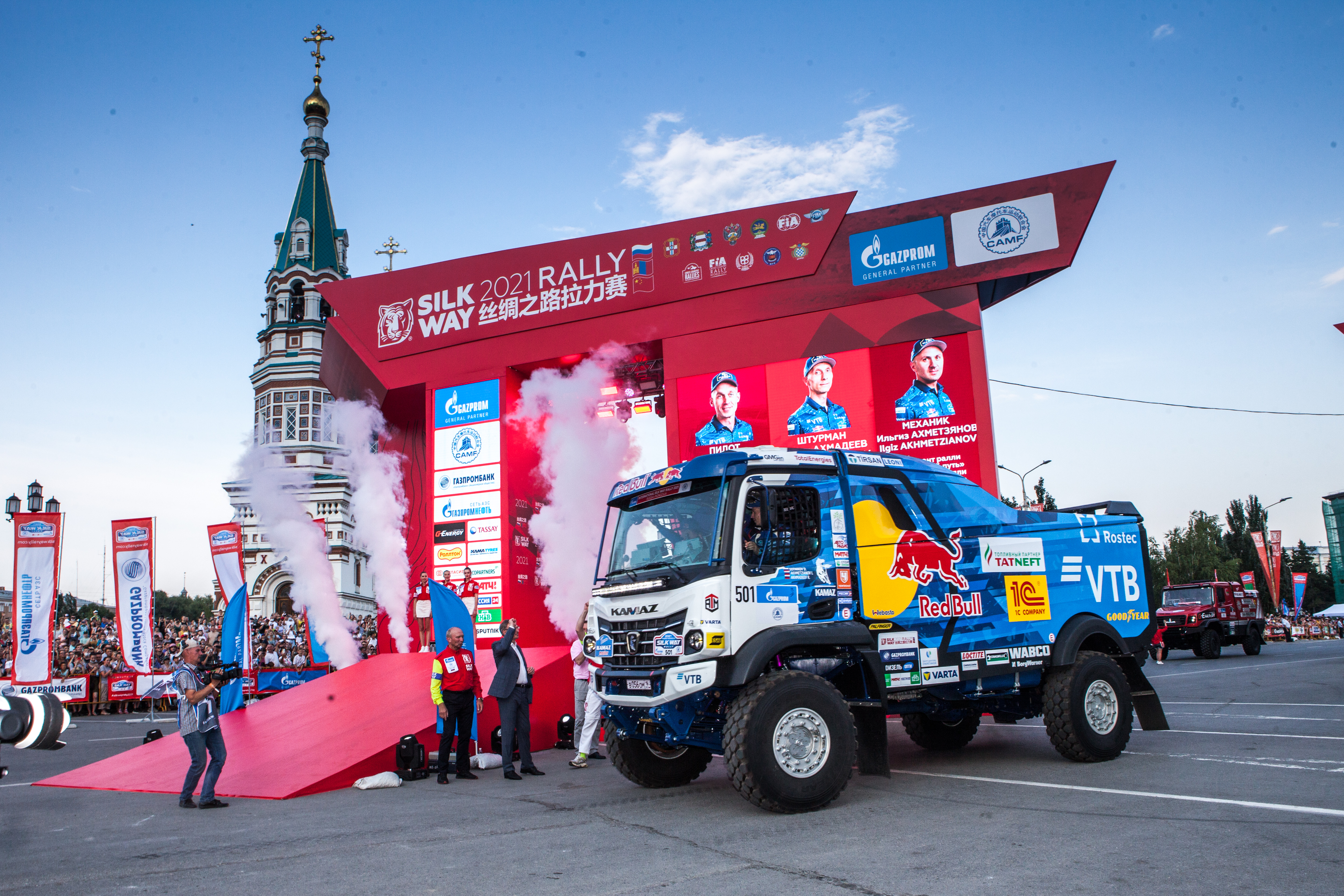 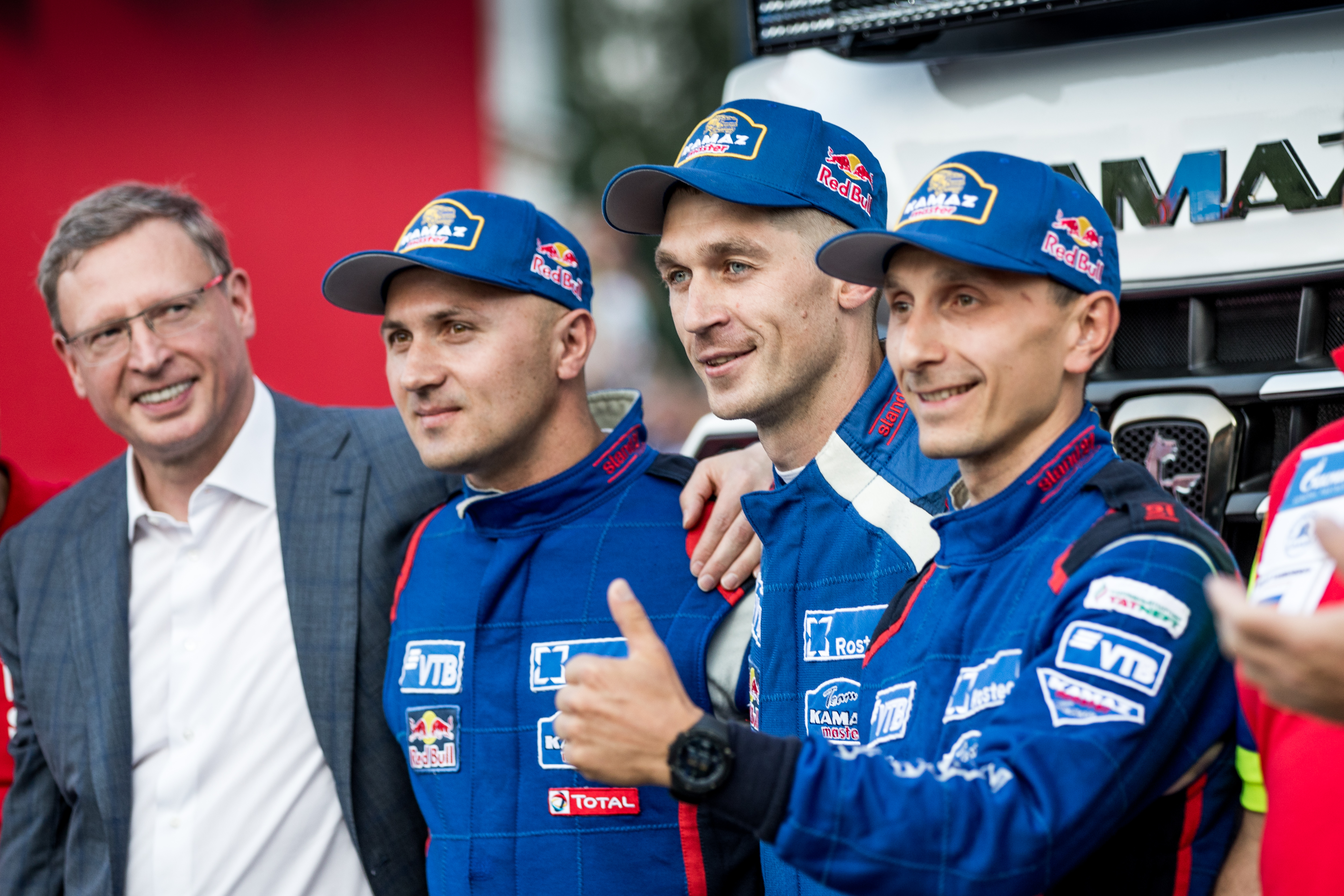 The spectators were able to greet the contestants of the eleventh edition of the Silk Way Rally at the ceremony in the Omsk center. Several thousand residents and guests of the city gathered on the Cathedral Square. Concert, speeches from the authorities and race organizers, applause and words of gratitude from the participants - all this accompanied the evening part of the event program. Now the race time is coming. The contestants are separated from the victory by 5400 kilometers.

Seven KAMAZ-master crews will take part in the truck classification of the rally:

SCHEDULE OF THE SILK WAY RALLY 2021 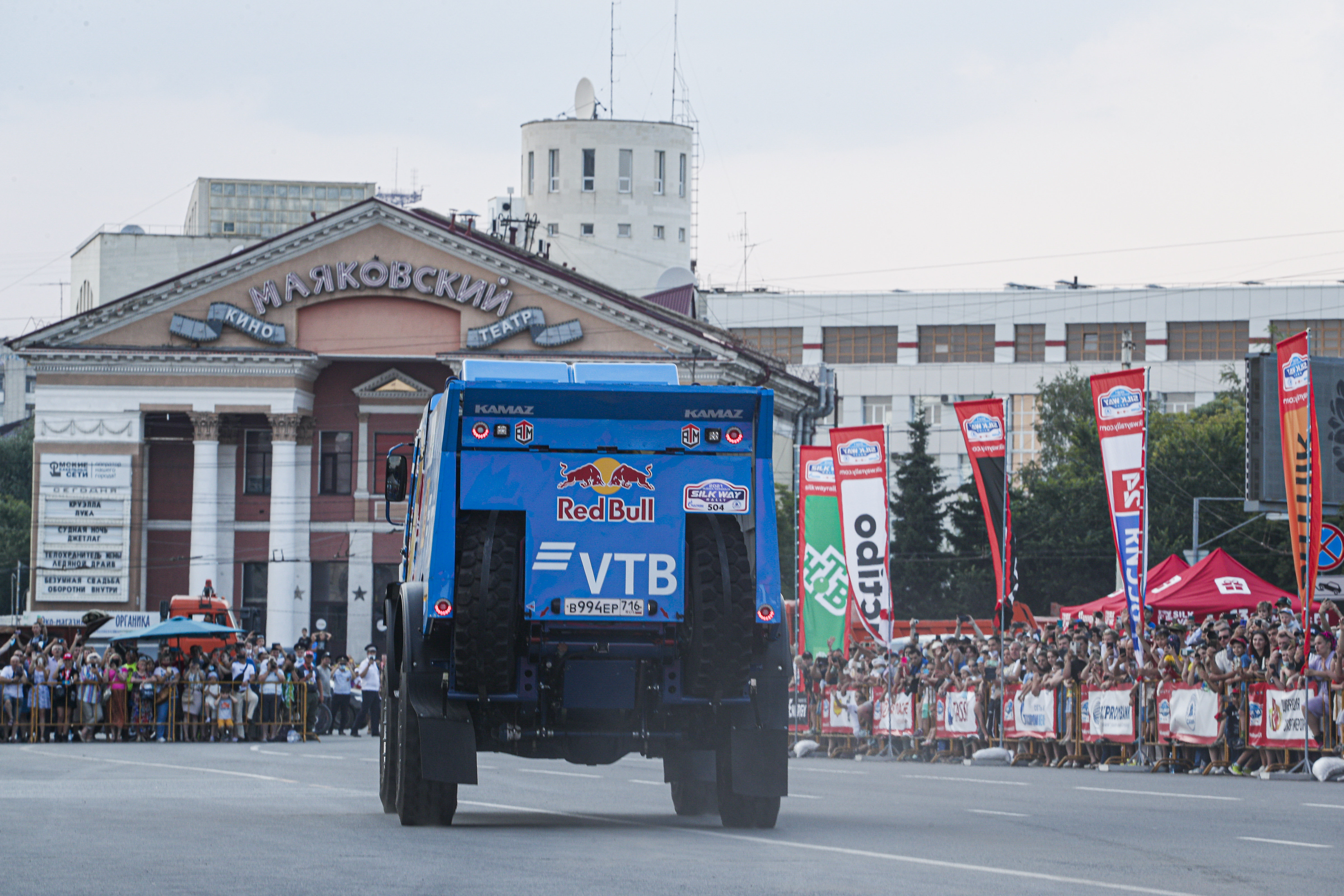 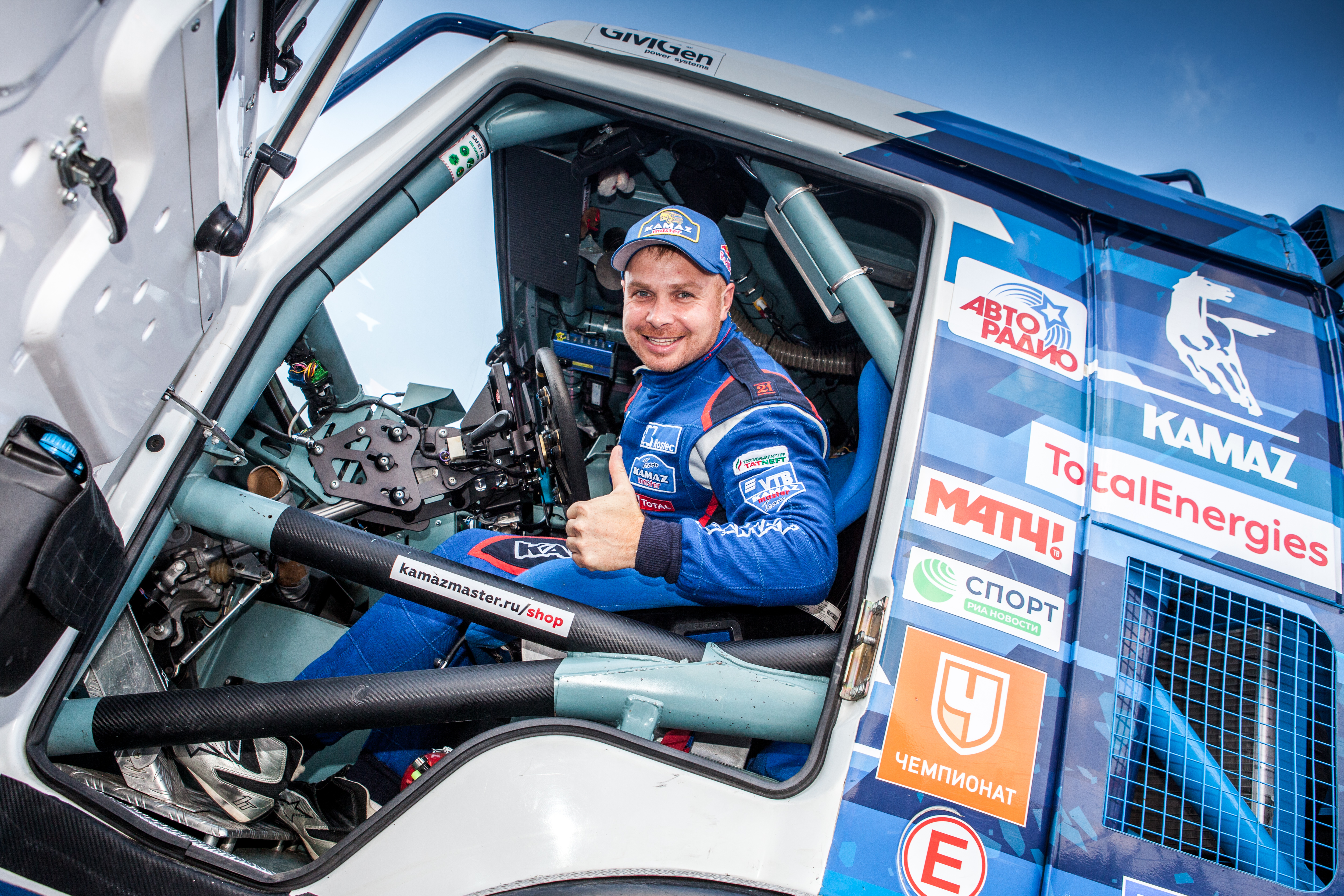