On November 11, race trucks of KAMAZ-master Team headed for the start of the rally-marathon “Dakar-2019”. The President of the Republic of Tatarstan Rustam Minnikhanov, the General Director of KAMAZ PTC Sergey Kogogin, the General Director of PJSC Tatneft Nail Maganov and the Mayor of Naberezhnye Chelny Nail Magdeev came to the team’s testing area in Tarlovka for seeing the team off and wishing good luck. 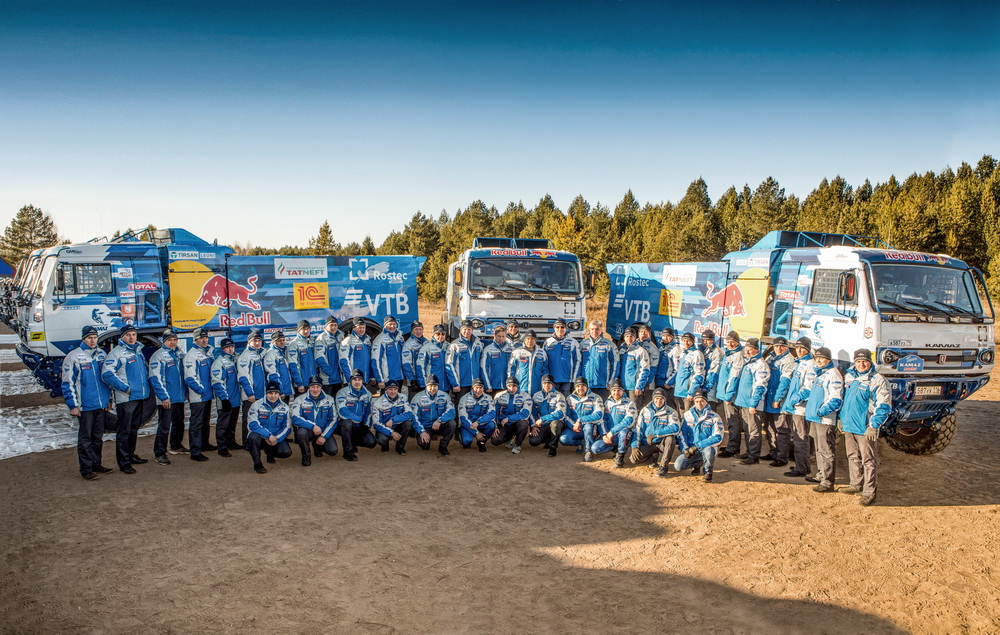 At the bivouac of the team, organized in a typical Dakar style, the guests were met by KAMAZ-master team leader, Vladimir Chagin, race crews and the assistance team. Guests could assess the team’s readiness for the January start.

At Dakar-2019, KAMAZ-master Team will apply 4 absolutely new race trucks. Due to changes in Dakar regulations limiting the maximum amount of engines in the truck category for 13 liters since 2019, the team actually had to redesign the new truck, which became the carrier of the state-of-the-art developments, modern race technologies and 30-year experience of performance in off-road rallies. In the new truck, which saw the light in May 2018 and received index KAMAZ-43509, is installed in-line six-cylinder engine. Generally, it determined significant changes of the truck design.  Externally it differs from the previous generation of race trucks in its modern aggressive design, chopped and wedgelike forms. In addition, on the occasion of the 30th anniversary of KAMAZ-master, the new team’s truck was presented in a new livery, designed to emphasize the technological effectiveness of the new sports line and mark the development of modern technologies in the trend. Apart from that, in the two trucks going to the race are installed automatic gearboxes. 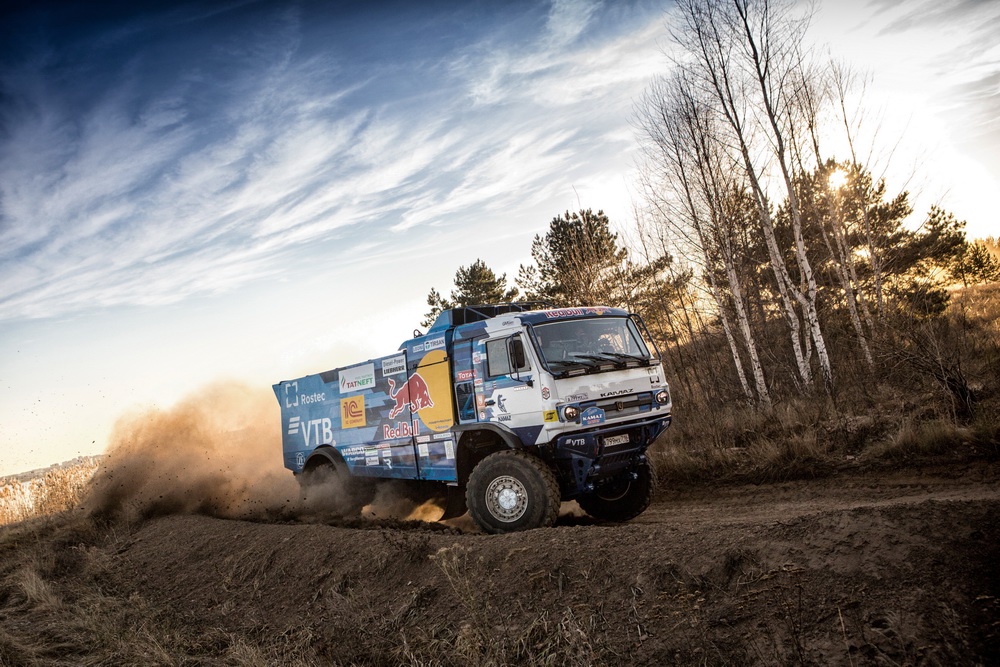 During the race day, the pilot makes in average up to 10 thousand gear changes. In addition, in the dunes, automatic gearboxes offer a certain advantage by more rational use of the engine thrust. Having tested two trucks, the President of Tatarstan was able to personally assess the difference in driving trucks with automatic and manual gearboxes.

“There is a good tradition to see off our team to Dakar, every year this procedure begins with an assessment of the material and technical base and technical changes that have occurred with the truck. Once again we made sure that we are not resting on our laurels, the team has a lot of new developments. Those tasks and challenges connected with the 13-liter engine are solved. The task of the automatic gearbox was also solved”, - said Rustam Minnikhanov, addressing to the team. 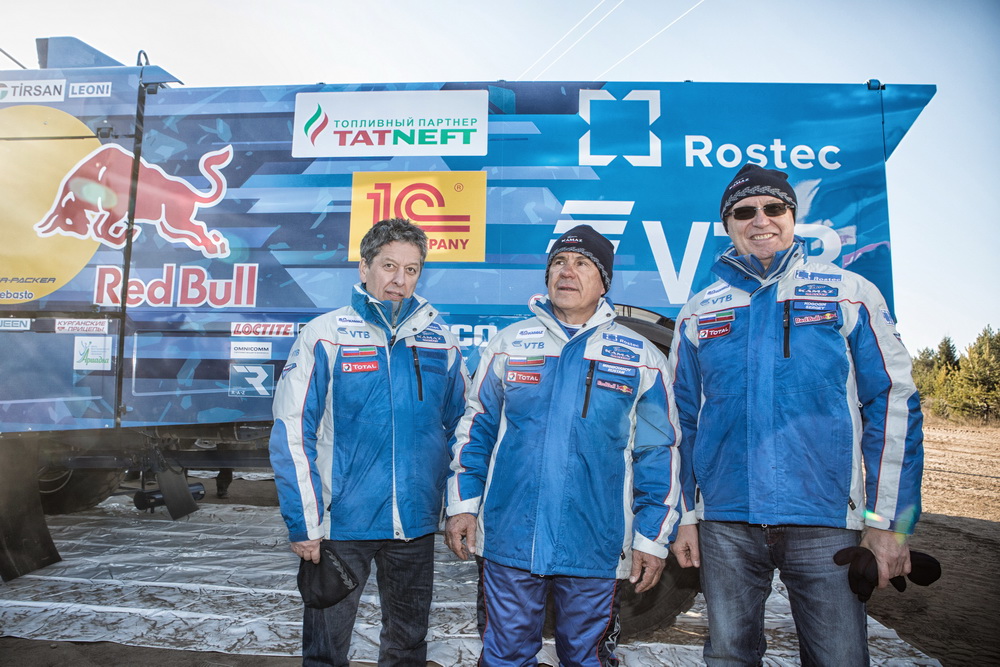 Traditionally, an uncompromising struggle is expected for lead in the truck competition. The main participants of the truck classification - IVECO, TATRA, RENAULT, MAZ, LIAZ mobilized all resources for the race. The team of Gerard De Rooy returns to the race at full strength - first of all Gerard De Rooy himself claims for the gold of Dakar, as well as the Argentinian Federico Villagra, who has proven himself in previous years. Also, crews of the Renault team led by Martin Van Den Brink will fight for the podium places. Traditionally strong will be the composition of the Czech Tatra Instaforex Loprais Team with its leader Aleš Loprais and Tatra Buggyra Racing led by Martin Kolomy. 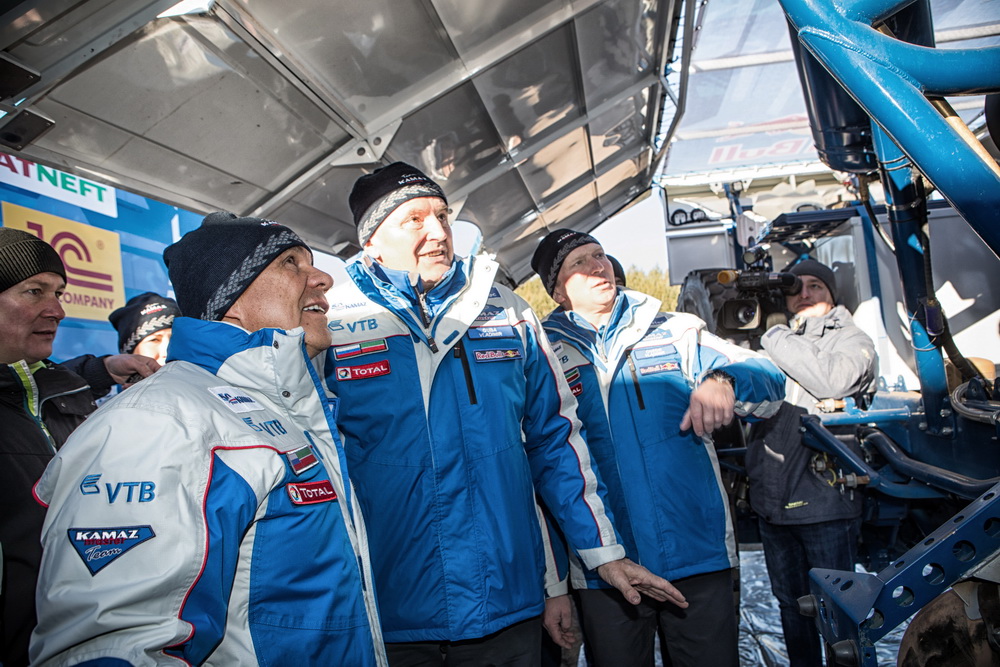 Immediately after the event, the crews took a course to the French port Le Havre, where the vehicles will pass primary scruteneering. On November 25, trucks of European race participants will be loaded onto a ferry to be shipped across the Atlantic, so that on January 6 they will start the 5,000-kilometer route from the capital of Peru, Lima. The finish line after 10 stages will also be held in Lima.

R.N. Minnikhanov, President of the Republic of Tatarstan:

“In general, I think that the team is ready, it will protect the interests of our country, our republic, KAMAZ automobile plant and the city of Naberezhnye Chelny. I would like to wish the members of KAMAZ-master Team a happy journey and best of luck. All that had to be done, was done, technical problems that seemed intractable, found their solution. This was done by our designers, engineers and technologists. Good luck, we will fight for victory! ” 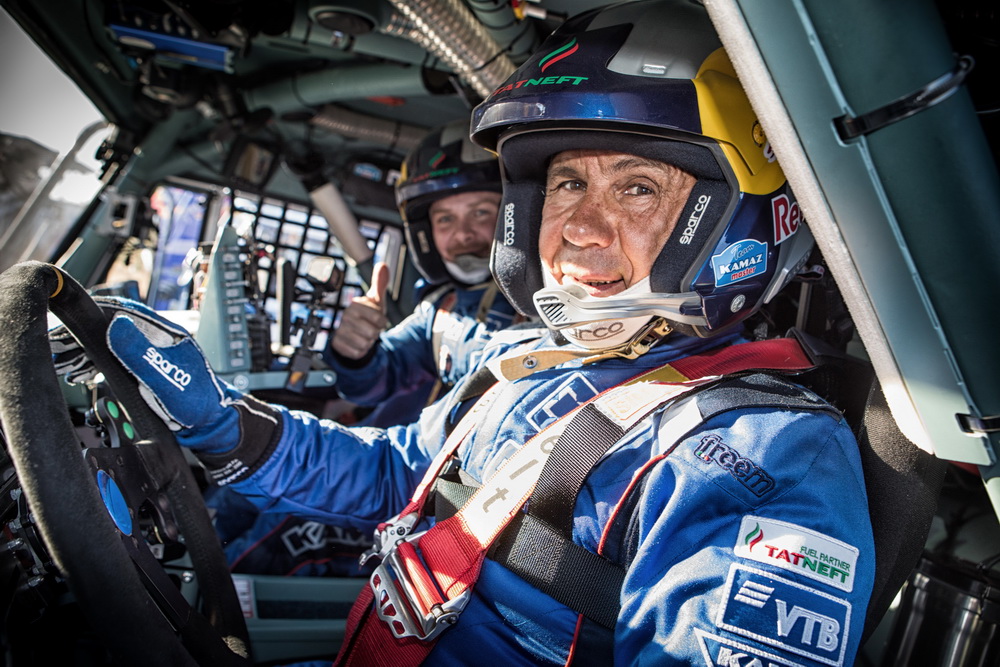 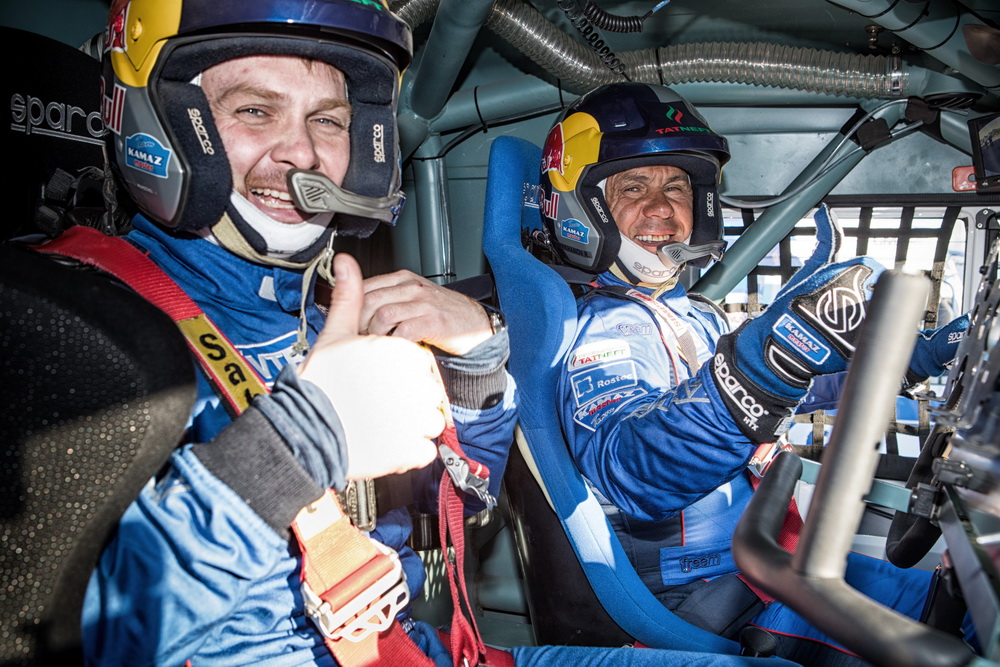 “This year we have made four new trucks with new 13-liter engines. Two trucks used automatic gear boxes. We see off our Guys for Dakar fully armed. We will wait for the fight, and, of course, we will hope for good luck. ” 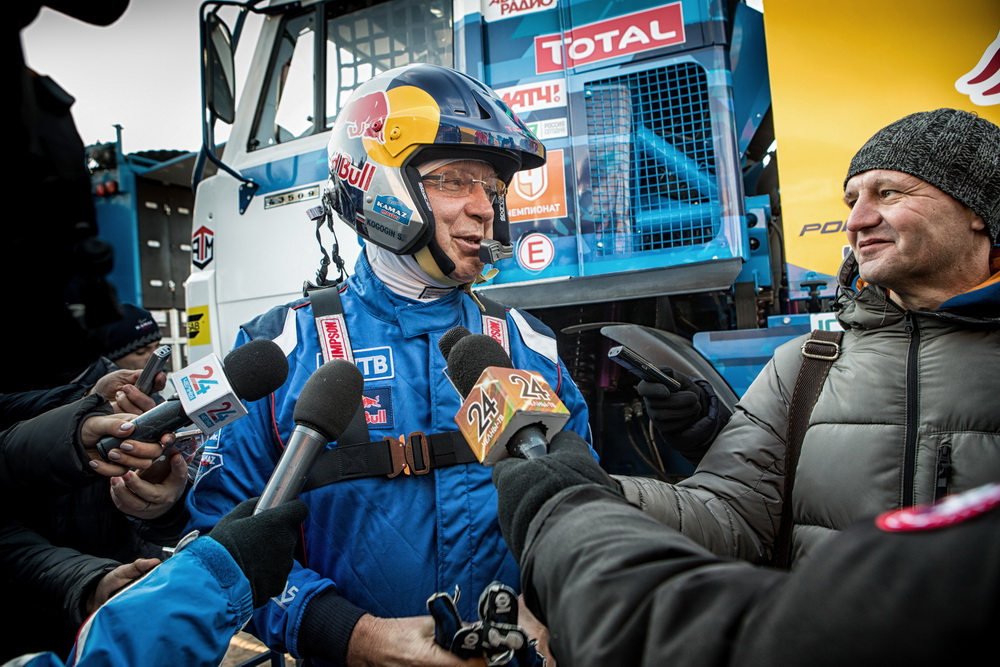 “We are happy that we have joined the circle of friends of KAMAZ-master Team. I was filled with respect for the guys, for those who defend the honor of our Motherland, the honor of KAMAZ brand. This is not only great work, but also great courage. ” 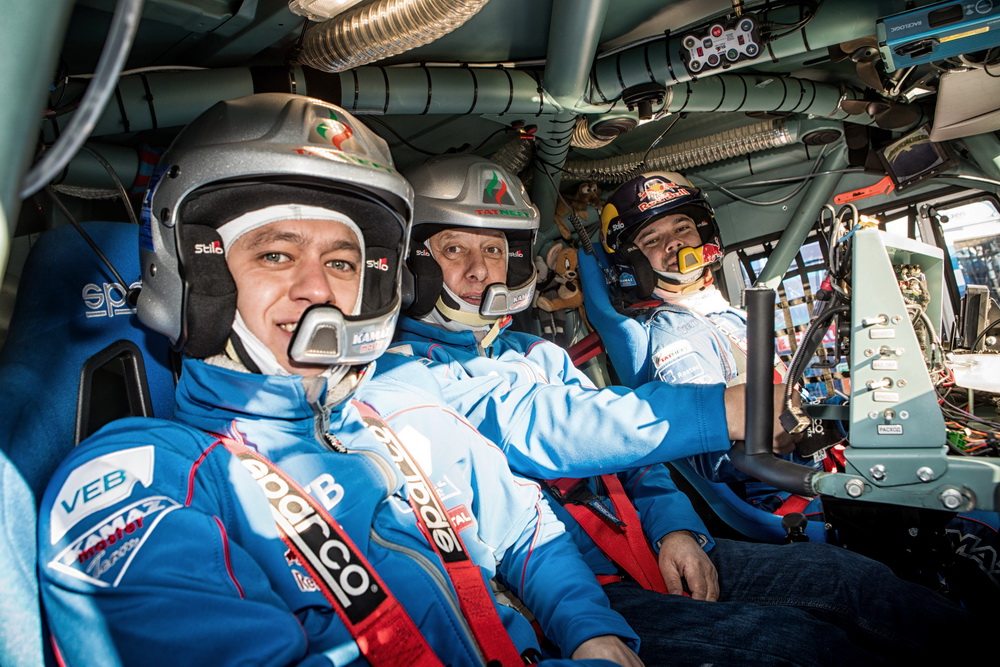 “In my opinion, the fact that KAMAZ-master has been a leader for many years is first of all the morale of the team and the people who make up this team. I would like to notice – these are all Chelny guys. They have very good competencies, clever heads, they are technical experts and this allows creating a reliable truck. ” 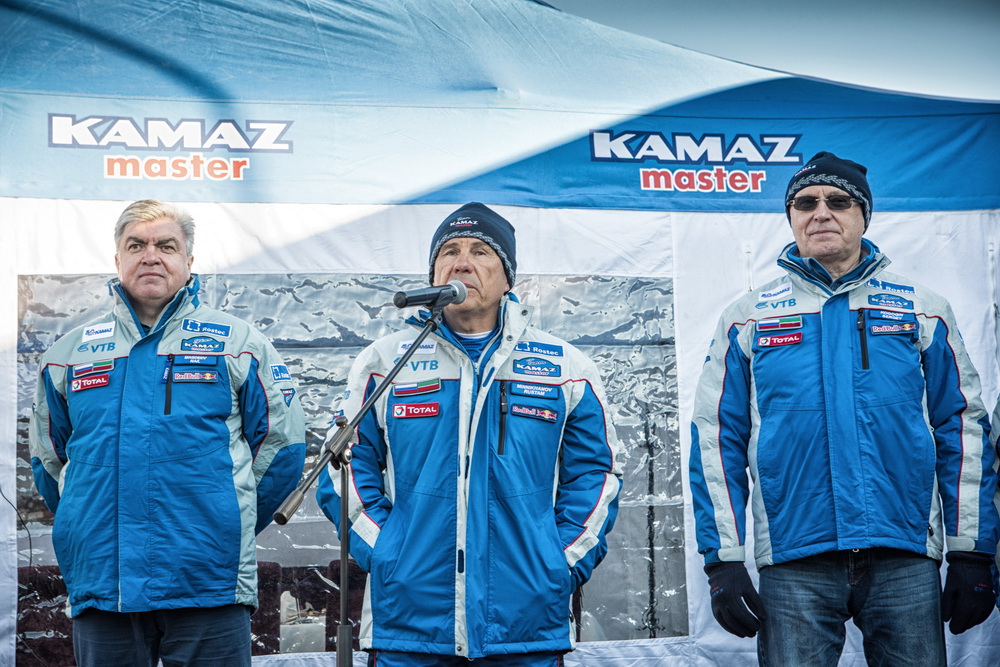 “You know how high the rivalry is now in the truck category. The fight goes for minutes, for seconds. The truck must be powerful, fast, lightweight and perfectly reliable. We have gone through a difficult process of developing, finding new solutions and preparing for the upcoming race and hope to show a result that will make our partners and fans happy. ” 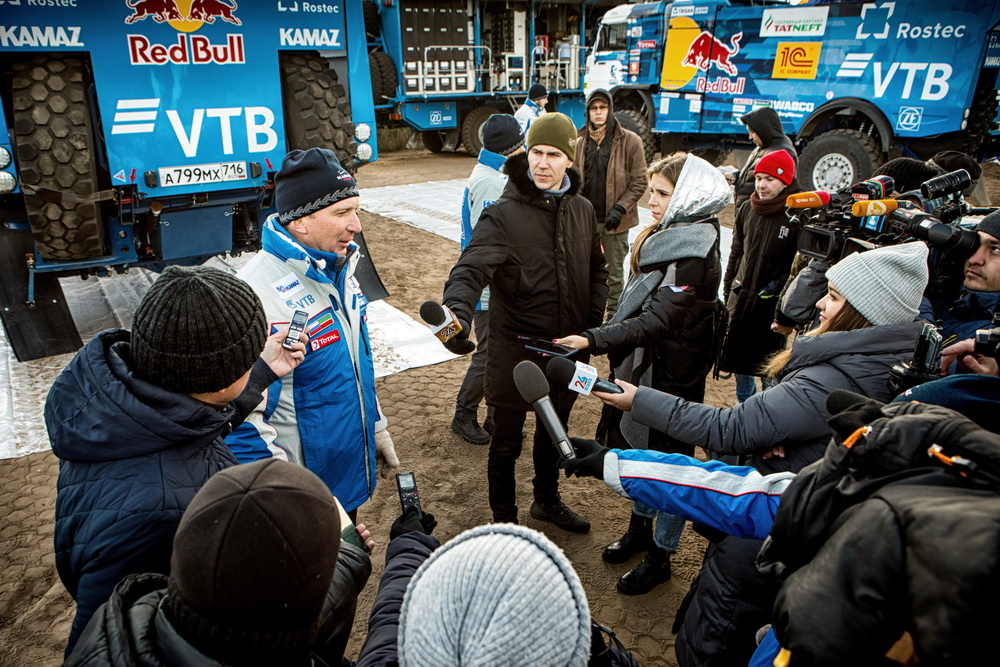 The eleventh South American and forty-first rally in general, the rally-marathon will take place on the territory of one country - Peru. The organizers are positioning it as a 100-percent Peruvian race, trying to emphasize the sandy specifics of the route this year, because mainly it is laid in desert regions, and dune areas will make up about 70 percent of the route. The start of the rally-raid will take place on January 6 in the city of Lima. Then follow 10 stages with a break on the rest day on January 12 in Arequipa. The total length of the route is 5 000 kilometers, 3 000 of which are special stages. The rally-raid will finish in Lima on January 17.

24, 25 November Scrutineering and boarding of vehicles in the port of Le Havre. Crossing the Atlantic by ferry.

3,4 January Unloading of vehicles in the port of Callao (Peru) 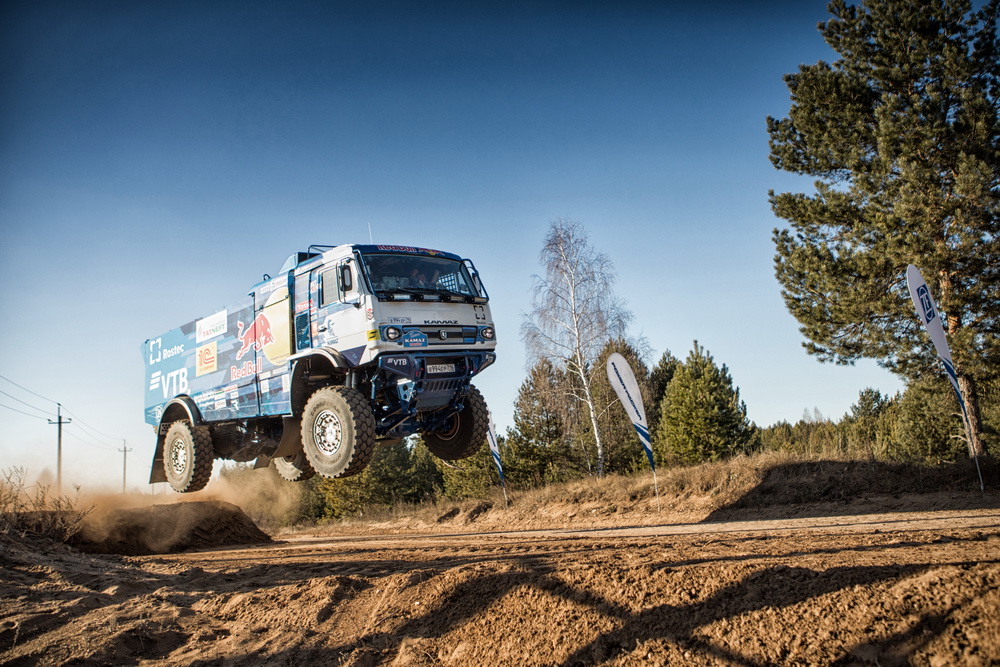