On 15 July in Naberezhnye Chelny KAMAZ-master sports team carried out a press-tour for Russian mass-media representatives.

Shortly the team is heading off for the training session. Specially prepared for the upcoming event, three sports trucks KAMAZ-43509 were presented on the test field of the team. Press-tours for partners and mass-media became a good tradition. This time, a specific atmosphere to the meeting was given by the attributes, recommended by Rospotrebnadzor in connection with the COVID-19 pandemic - mandatory test certificates, adherence to social distance and a mask regime. Drivers of KAMAZ-master team Eduard Nikolaev, Airat Mardeev and Dmitry Sotnikov arranged a test run for the guests. In addition, a completely new gas-and-diesel truck, working on a mixture of methane and diesel fuel, created under the joint program of KAMAZ-master team, PJSC Gazprom and VTB, was presented to the attention of journalists. The peculiarity of the new truck is that to the already obvious and more than once proven on previous sports seasons advantage in the thrust of the engine, working on a gas-and-diesel mixture, an automatic transmission was added, which was designed for optimal use of this power and thrust in different race modes – as for overcoming steep sandy slopes so for driving at maximum speeds along fast tracks in the WRC-style. 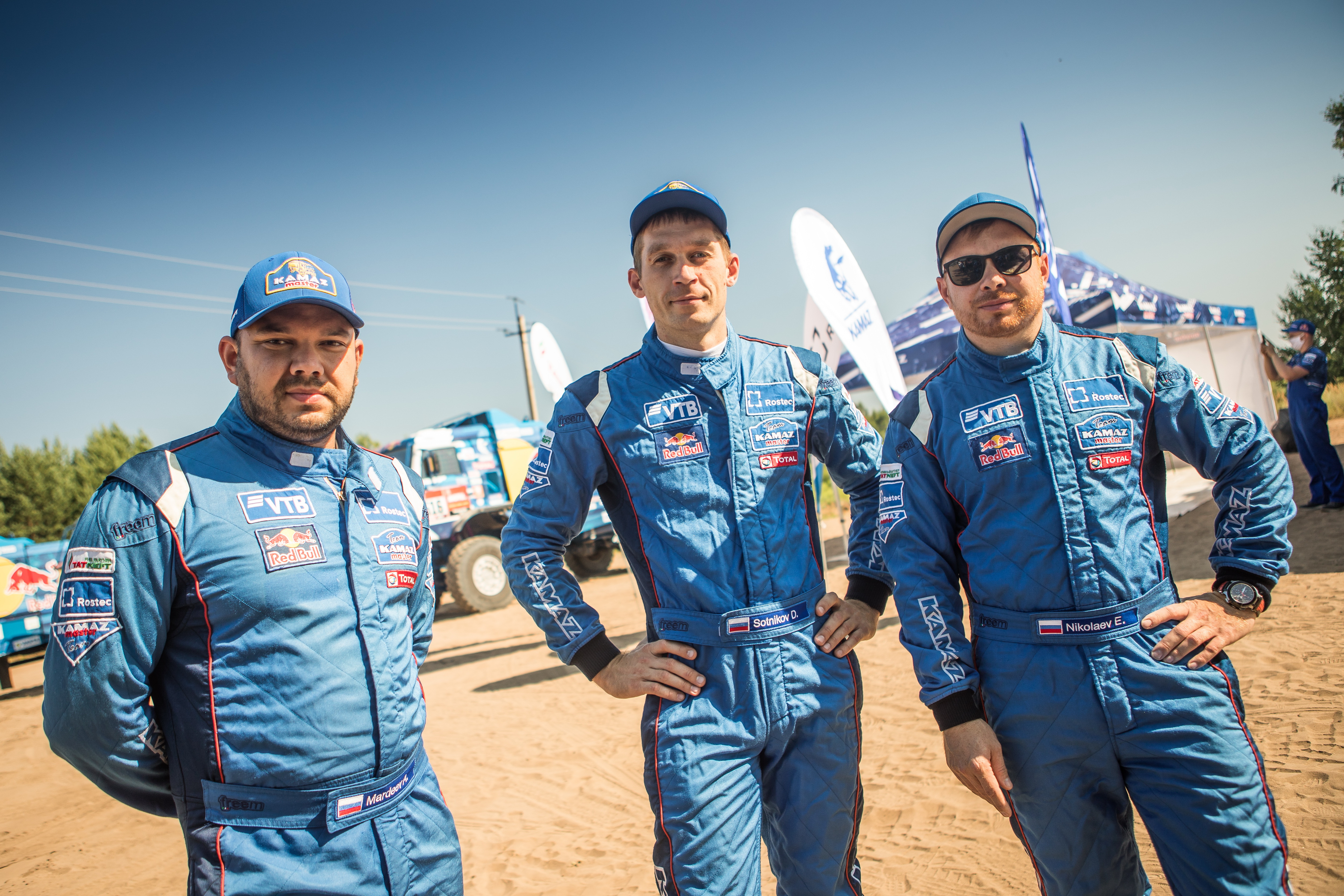 Modernization and improvement works on the race truck characteristics, that are carried out annually in order to keep up with the rivals, will be continued, but not to the extent, planned at the beginning of the year. Difficult financial situation slowed down some plans, including work on the updated bonnet truck. The production shop will focus on development of a traditional cabover model KAMAZ-43509, which has successfully proven itself during the Dakar 2020.

The Arabian Peninsula, where the January race took place, has its own geographical and climatic peculiarities. These factors became fundamental in preparing modernization program for the active sports trucks KAMAZ. 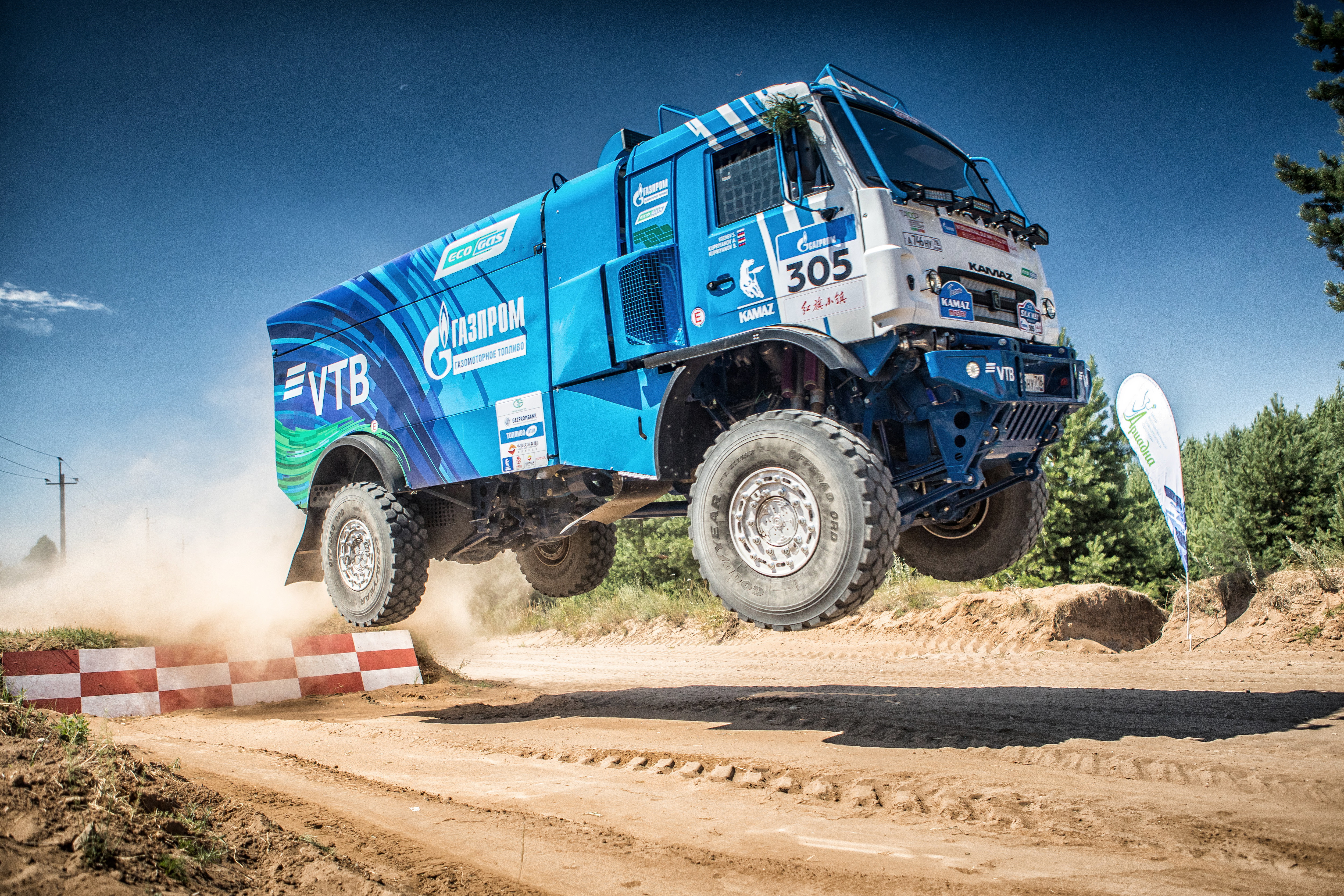 For example, constantly alternating sections of fast impassibility and dune-crossing areas impose special demands on the dynamics of the truck. Trucks have a tire inflation system that allows to overcome such obstacles and reduces the risk of getting stuck in loose sand or tire explosion from overheating. But such systems do not have very high capacity. Taking into consideration restrictions on the modification of serial products, imposed by the technical regulations, works to reduce time in tire pressure rise and fall have been started. Currently these works are at the stage of testing various solutions. 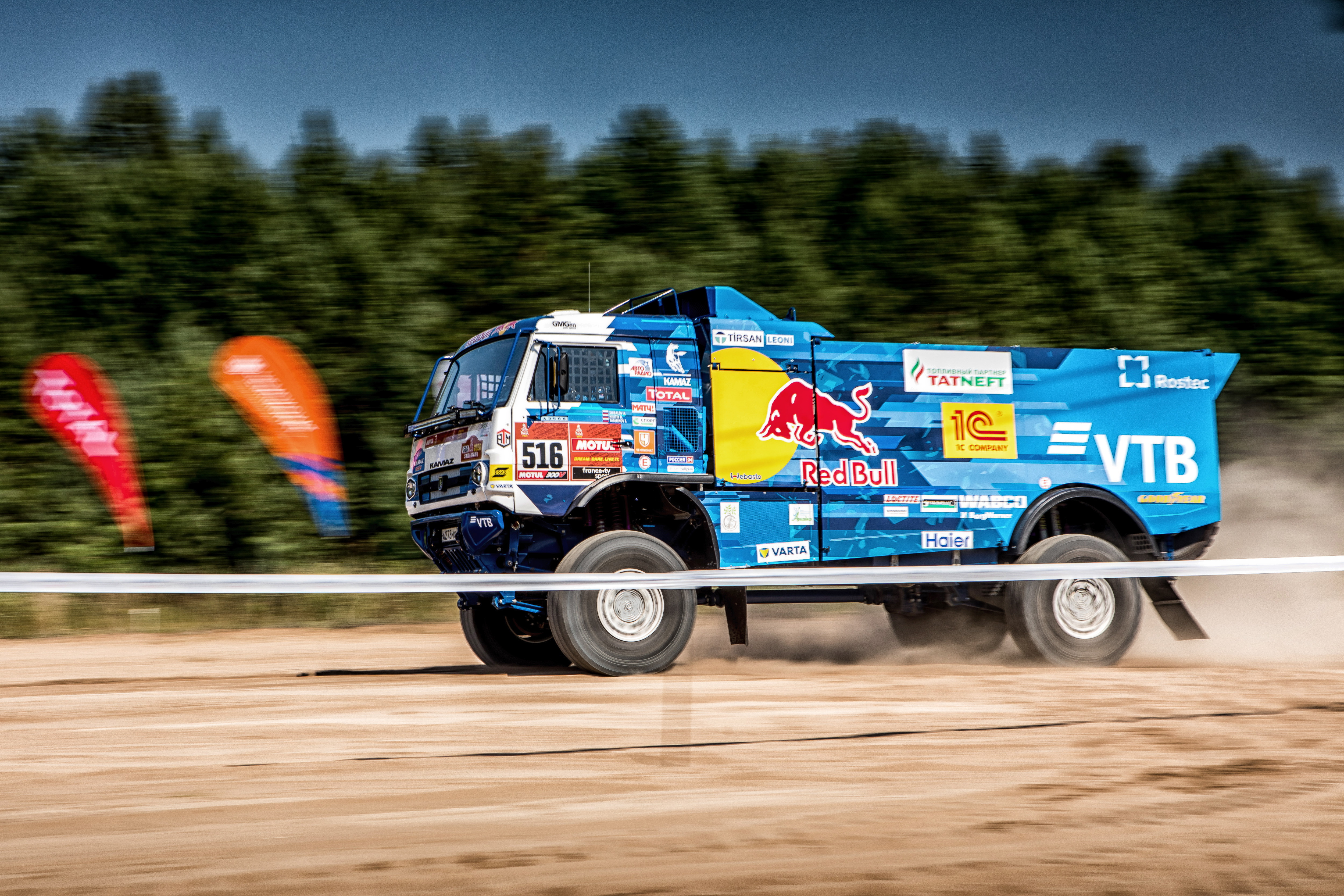 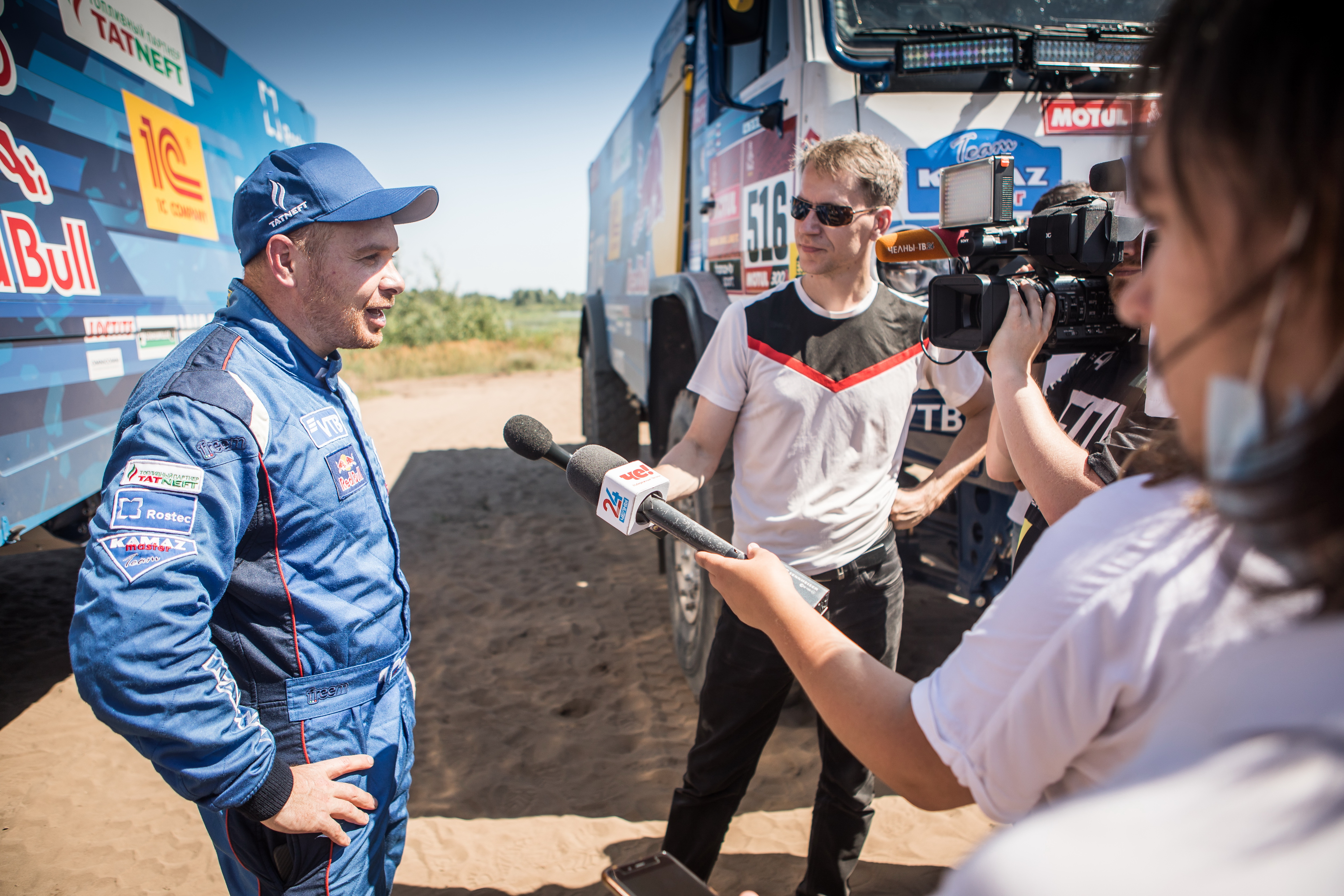 A large block of changes in the truck design is connected with lowering the gravity center and improving dynamics. The team has many developments in the area of reducing unsprung masses and moments of inertia. Unfortunately, not all solutions can be applied due to high costs of their implementation as well as due to the changing technical FIA regulations, adopted for the truck category of FIA World Cross-Country Rally Championship. Technical regulations are updated every 5-7 years and, as a rule, implementation of the changes involve alterations in vehicles and significant financial costs for teams. Last year was full of discussions of its points by the teams’ specialists and technical commissars. The technical director of the team, Vladimir Guba, takes an important part in this work.

Technical problems, which took place in Saudi Arabia, required a reliability improvement of some engine components. Now these works are at testing and resource developing stage. Designers are experimenting with various new materials and technical solutions. 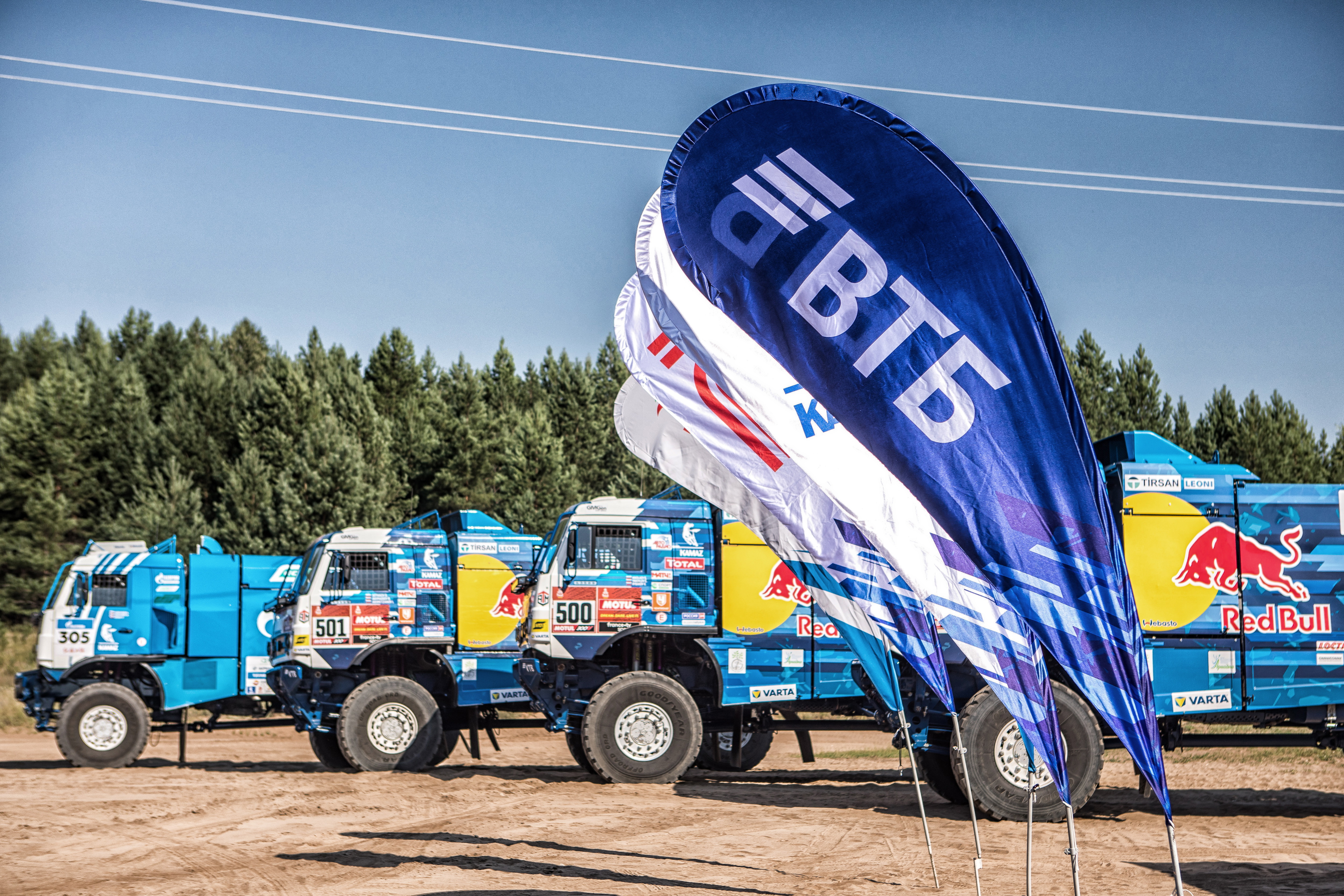 The team's engineers are also beginning to explore actively the field of the truck aerodynamics and air flow dynamics to cool various vehicle systems. Shortcomings in this direction caused the loss of time on the first day of the Dakar 2020. Currently various simulations are being carried out, helping to gain experience. According to the head of the design department Evgeny Yakovlev, quite a lot of time this year specialists of the department devote to the process of advanced training, studying modern methods of design approach.

So, after the mandatory period of self-isolation during the pandemic, KAMAZ-master team returns to active work. There is not much time left before the international Dakar Rally 2021, which will take place in Saudi Arabia in January next year. Taking into account the distant work of the team from April to June, now it is time to catch up actively on the postponed technological processes and implementation of innovative technical solutions, made by engineers and designers of the racing team during this time. 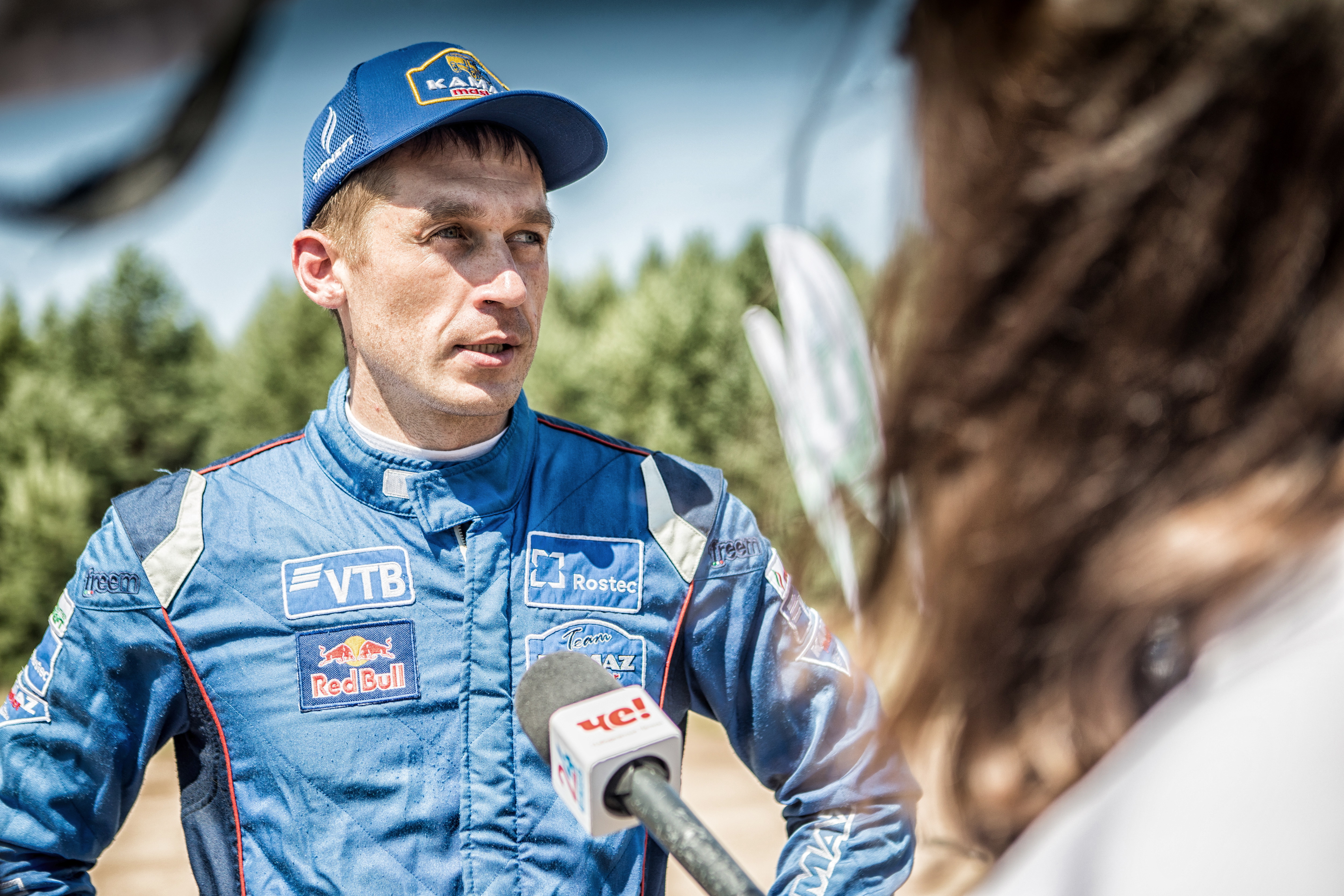 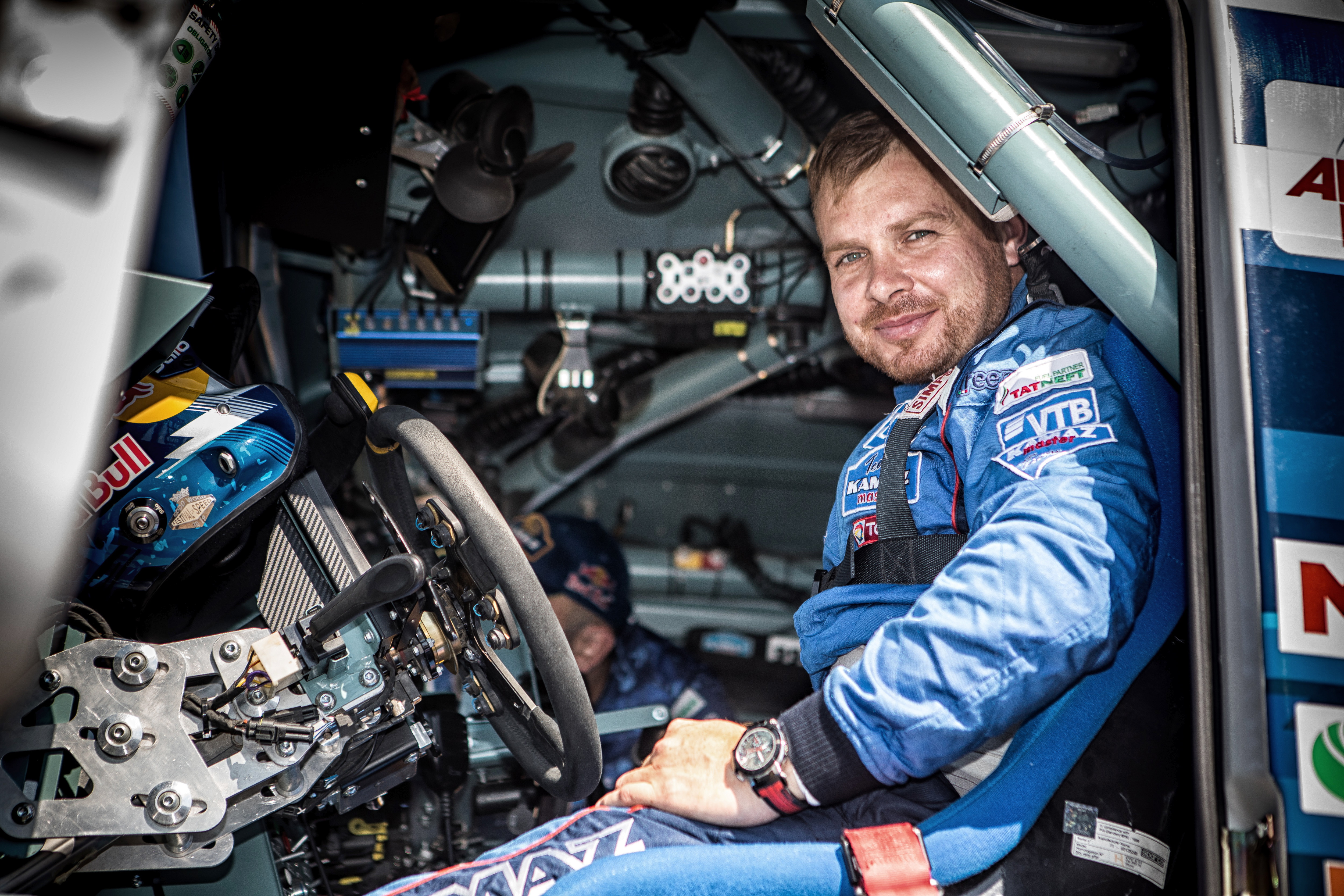 To be fair, it should be noted that the team did not waste time during the "distant period": teleconferences, brainstorming sessions on design solutions, learning foreign languages, physical training in ZOOM and activities in social networks became a new norm for the team members.

Besides, in June filming of the sports drama “Master” of NTV channel reсommenced in Naberezhnye Chelny. Let us remind you that the first active period of filming took place in the production shop of KAMAZ-master in February, immediately after the Dakar 2020. Streets of Kazan, Naberezhnye Chelny and the team's testing field became locations for filming in June and July. Professional actors are being filmed, but in the filming process a large number of team members are actively involved. For example, drivers, who perform stunt elements. Engineers and mechanics periodically plung into designing various technical devices for the shooting. They say, this process is very exciting but you need to control the “plunging” in order not to harm the main tasks. The next stage of filming will take place in the Astrakhan region and in Kazakhstan. The journalists, who visited the team's sports center, were shown a mobile universal complex used in the filming process based on the flagship KAMAZ-54901 - a new K5 family of freight trucks of KAMAZ PTC. 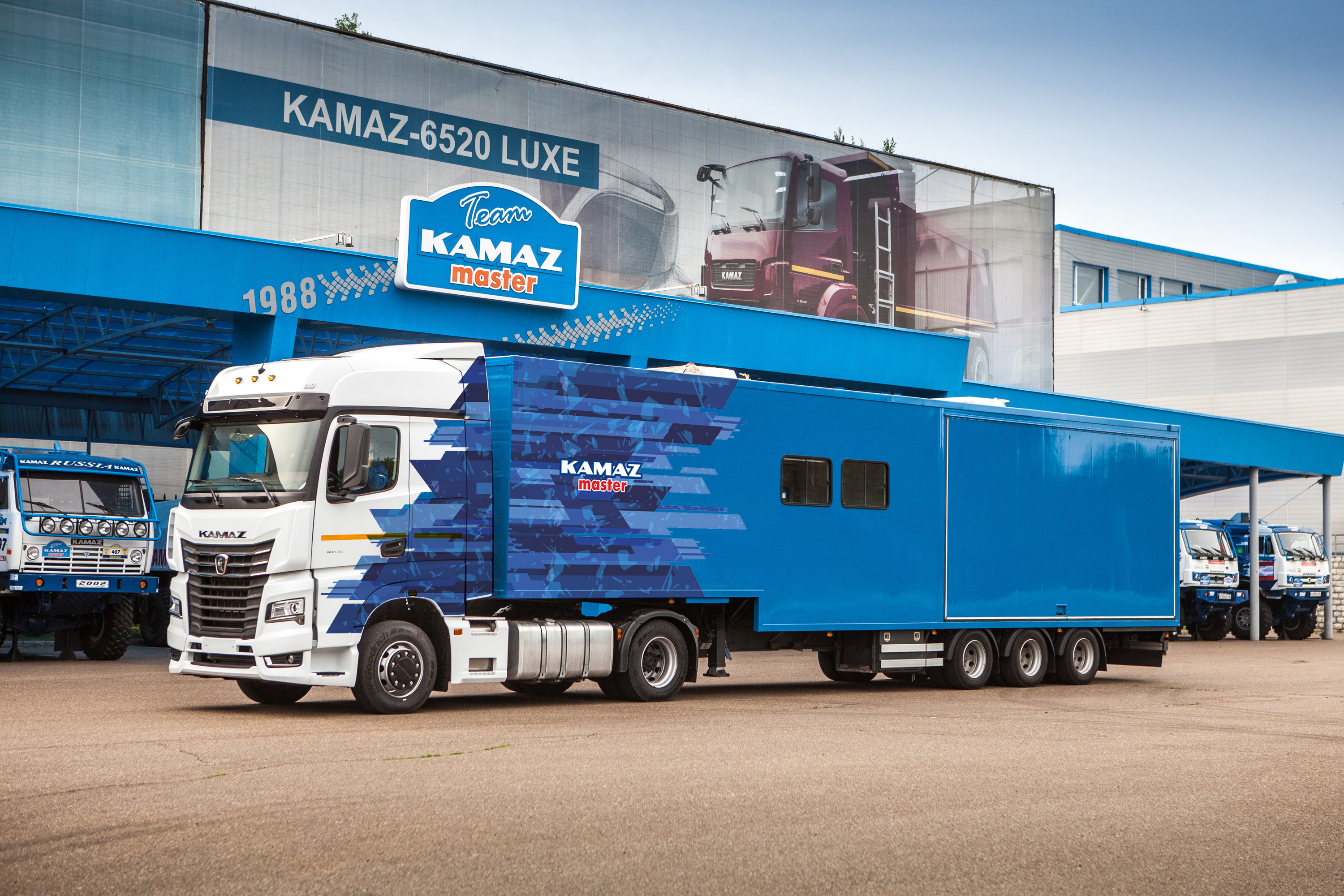 In addition to the planned training session, KAMAZ-master will take part in the races of the Russian Rally-Raid Championship during the summer and autumn sports seasons. 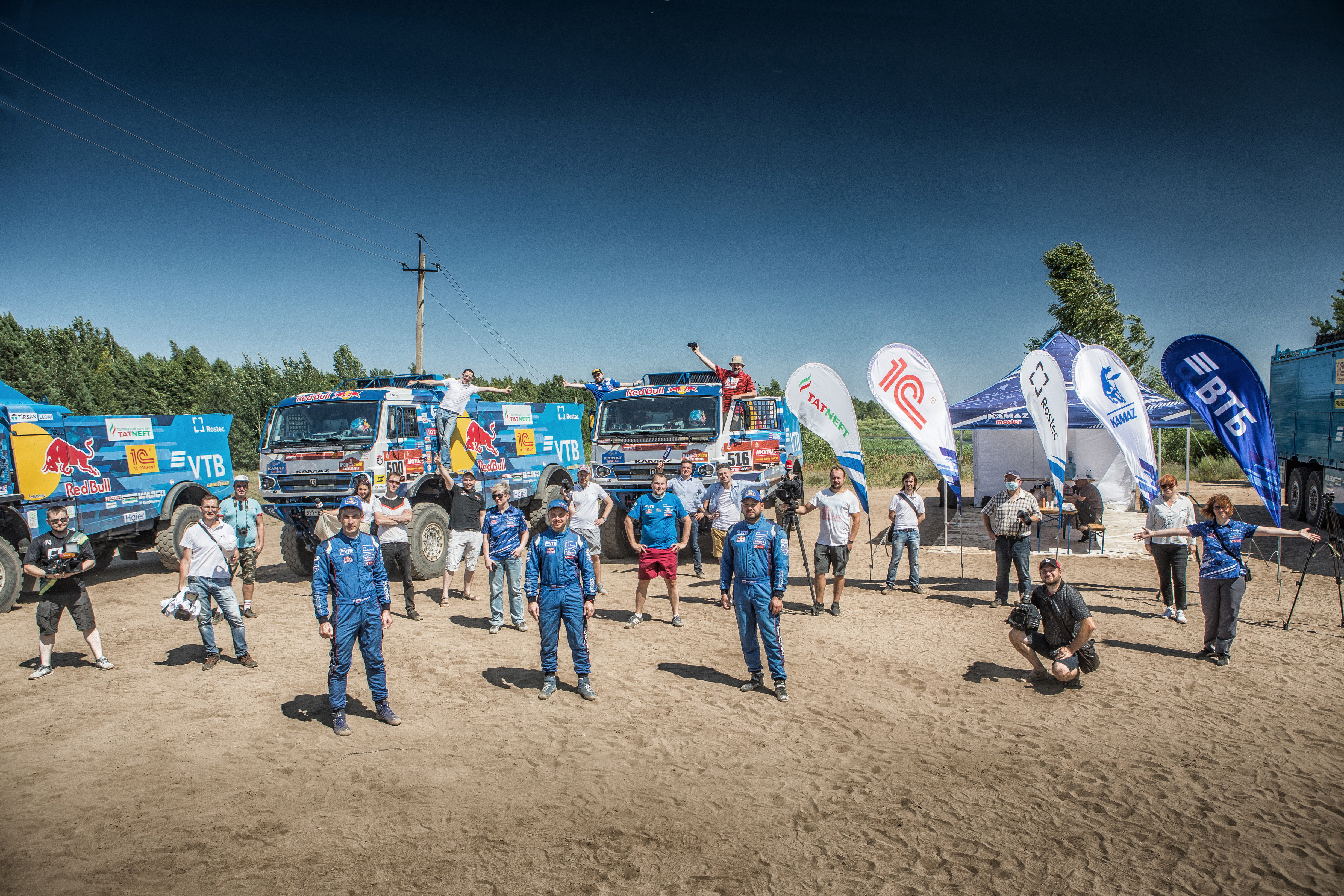