Already on Sunday, January 5, the 42nd edition of the international marathon Dakar Rally will start in the city of Jeddah. After 11 years spent in South America, the race for the first time in its history will be held in Saudi Arabia.

Over the past years sports crews of KAMAZ-master have managed to explore far and wide routes of Argentina, Chile, Peru, Paraguay and Bolivia. In total, the team from Naberezhnye Chelny won nine races out of eleven. Now the Dakar Rally begins to write a new history, where the Blue Armada will leave its mark.

The largest country on the Arabian Peninsula, where KAMAZ-master Team arrived in two groups, has become a new “tick” for Chelny citizens on the world map. The bivouac of the rally marathon contestants is located in the ancient city of Jeddah, founded in the VI century BC. Today it is the second largest city and economic capital of Saudi Arabia with a population of about 4 million people. A curious fact: Jeddah is a twin city of the capital of Tatarstan, Kazan.

Before start of the race, several hundred contestants from dozens of countries - sports crews, assistance teams and an accredited press - passed necessary administrative checks and scruteneering. Sports commissars with particular care checked the vehicles for compliance with the technical regulations of the race - not a single vehicle should go to the start with any deviations. The contestants themselves were awaited by familiar registration procedures for the Dakar: providing a personal dossier, receiving documents on vehicles and installation of navigation equipment, photographing and other points of a mandatory program. 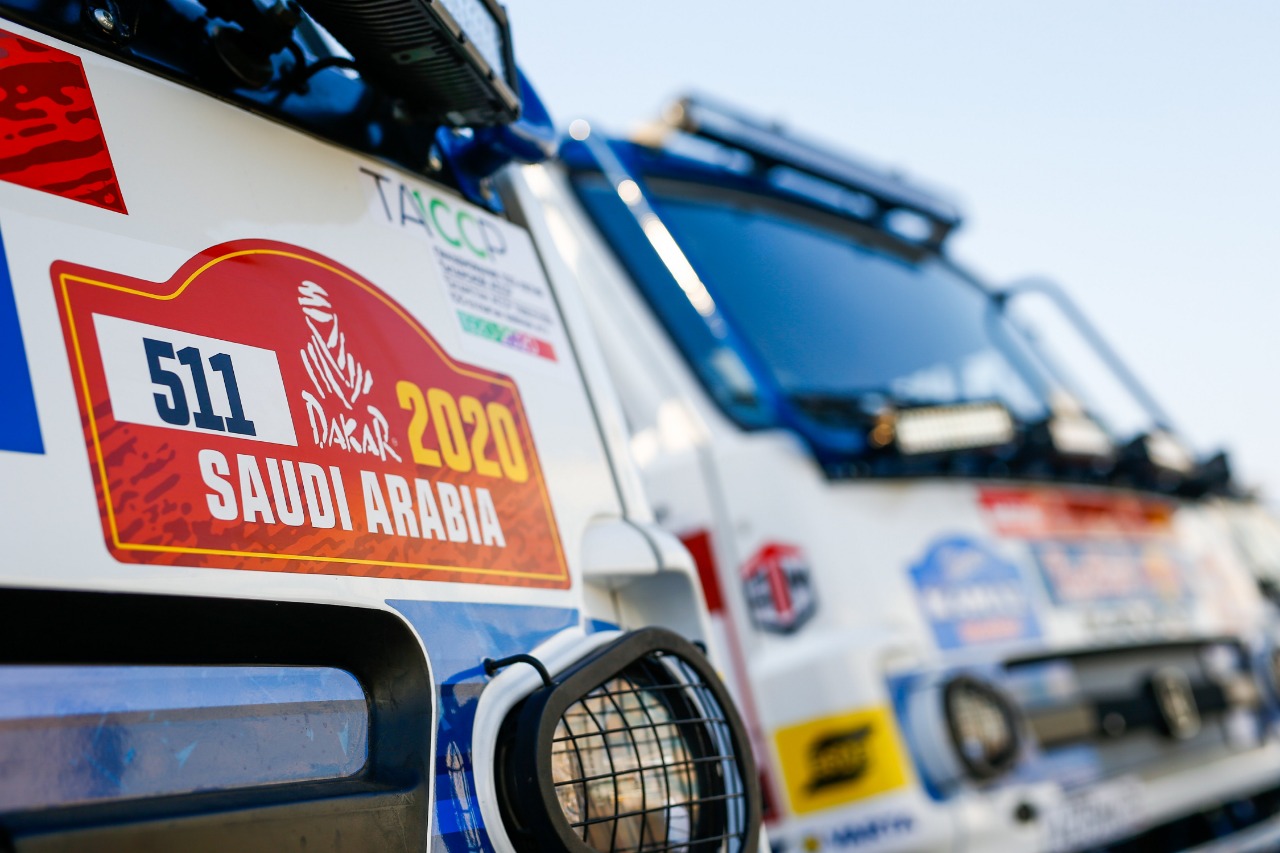 By eight in the morning KAMAZ-master delegation arrived at the checks that were held on the territory of the stadium, named after Prince Abdullah bin Faisal, and successfully passed all stages, having received admission to participate in the 42nd edition of the Dakar Rally. And the day before, sports crews of the Blue Armada tested trucks in the Tihama Desert. Despite the fact that the capital of Peru, Lima, where the start of the Dakar 2019 took place, and Jeddah are separated by more than 13 thousand kilometers, all the equipment, as in previous years, arrived by ferry. 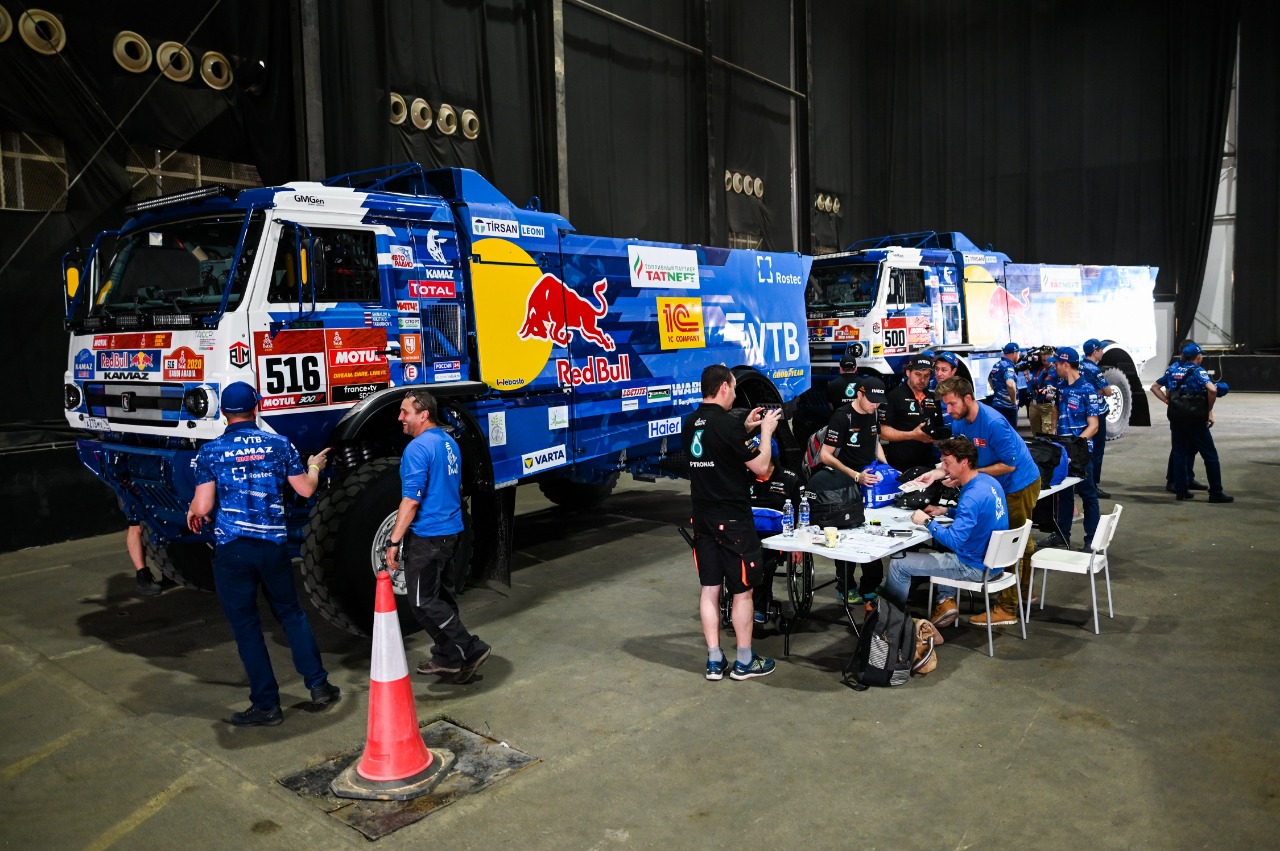 “All checks went well, as they say, everything is going according to the plan. We look forward to the start of the race. We have never been to Saudi Arabia before, so everything will be new,” said KAMAZ-master driver, a five-time winner of Dakar Eduard Nikolaev after passing administrative checks and scruteneering.

As a reminder, the racing truck has undergone a serious modernization over the past year: engine operating processes have been optimized, which has reduced exhaust smoke without compromising dynamic properties, manifolds and components of intake and exhaust system were improved, steering wheel force was reduced, rearrangement of the internal equipment of the body was carried out and the gravity center of the truck was optimized. 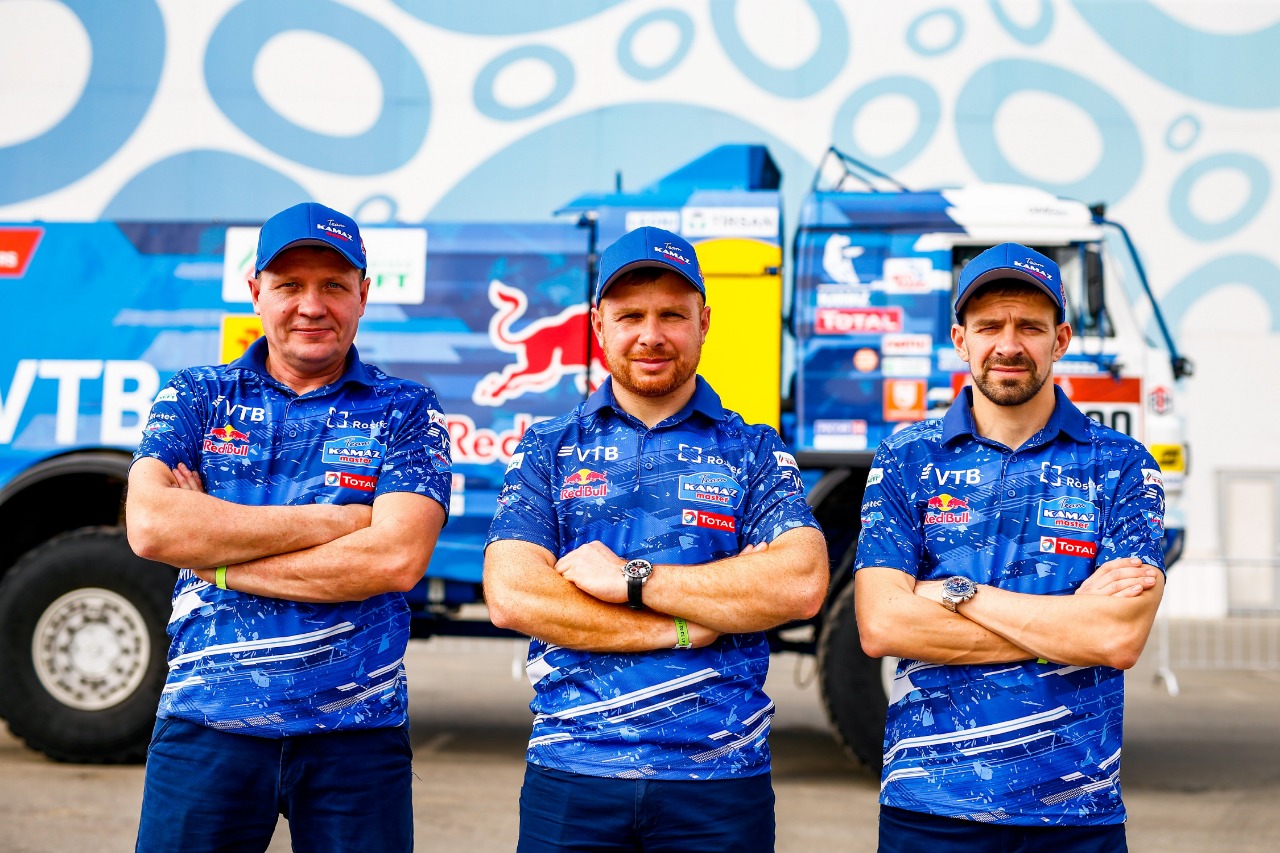 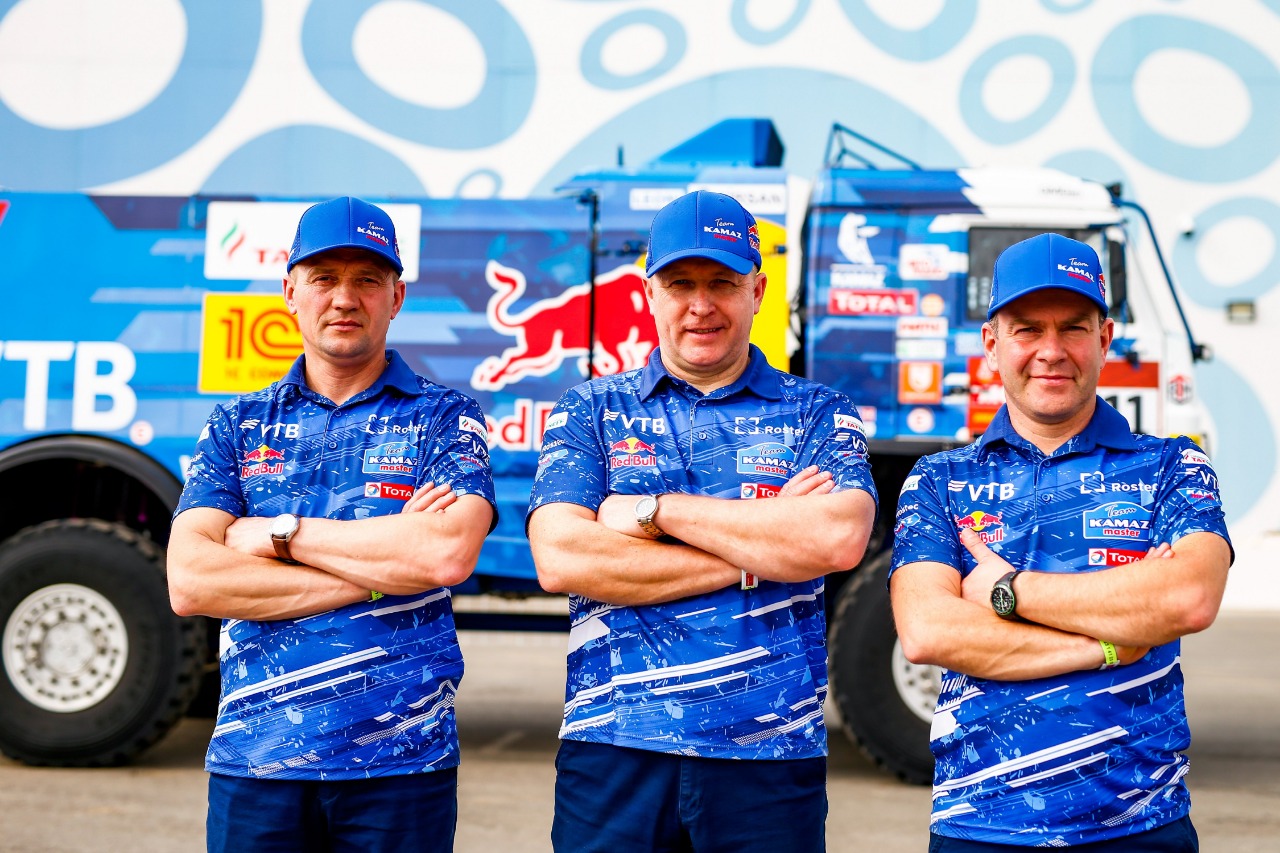 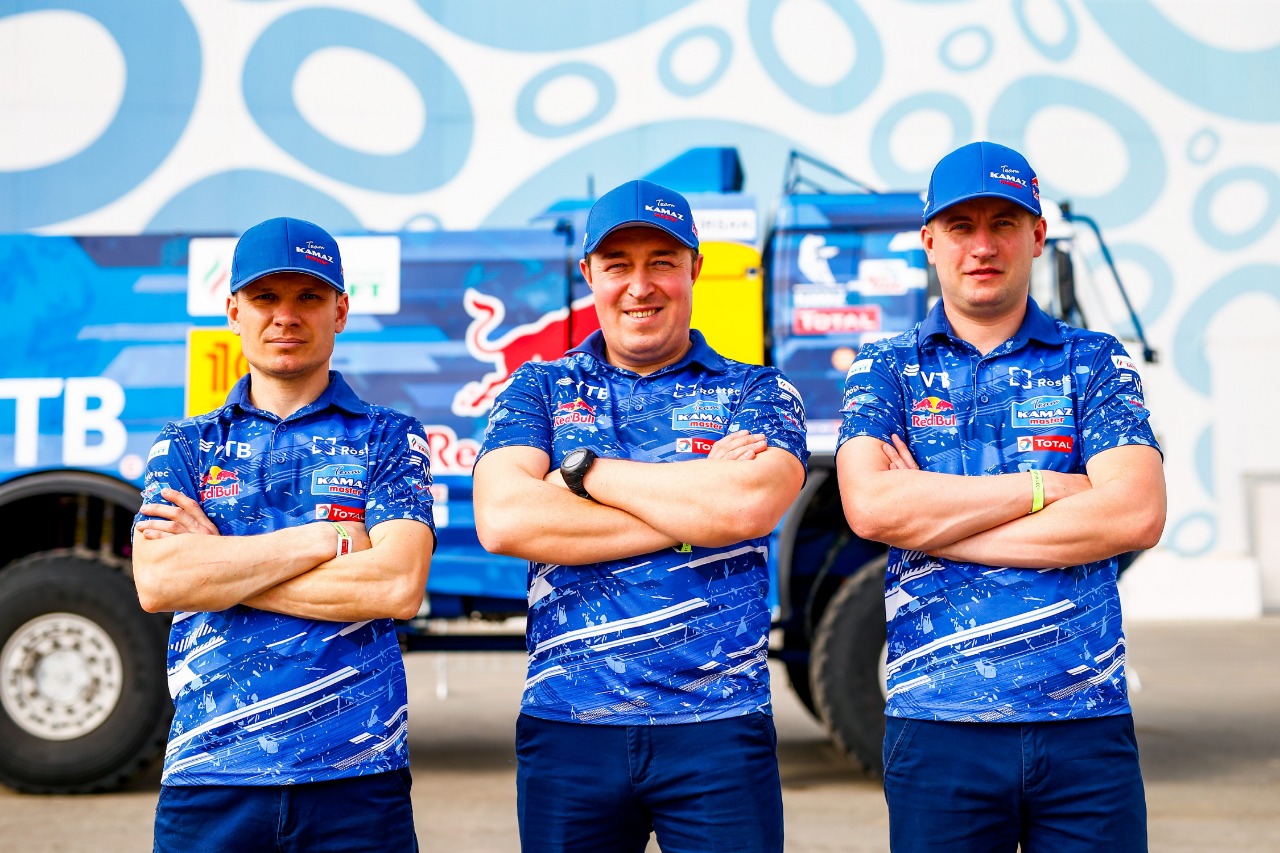 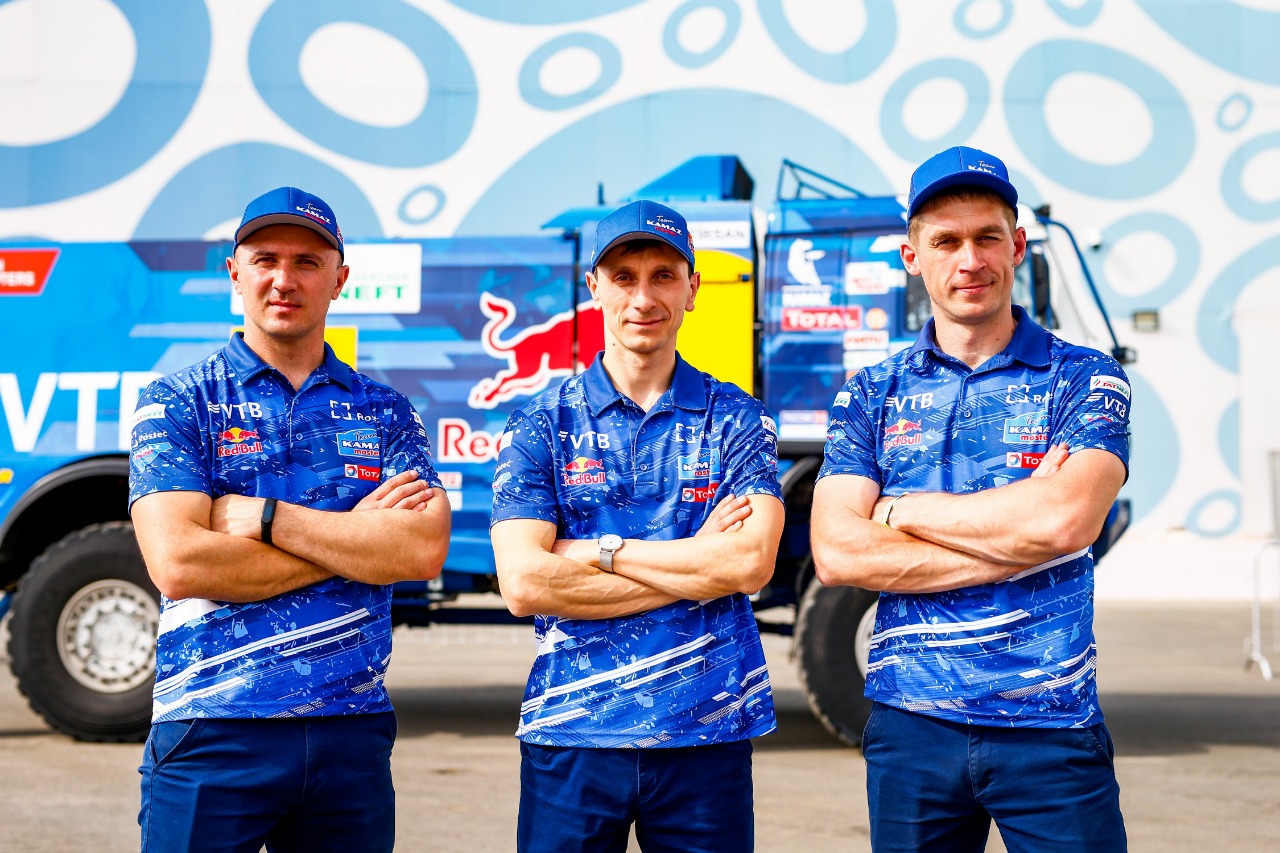 KAMAZ-master applied four sports trucks KAMAZ-43509 for the race. The current champion of the Dakar Eduard Nikolaev, the winner of the Silk Way Rally 2019 Anton Shibalov, as well as Andrey Karginov and Dmitry Sotnikov will represent Russia in the truck classification of the international competition. The Russians will defend the title of champions in a difficult struggle with the main contestants of the truck classification: IVECO, TATRA, RENAULT, MAZ, MAN. 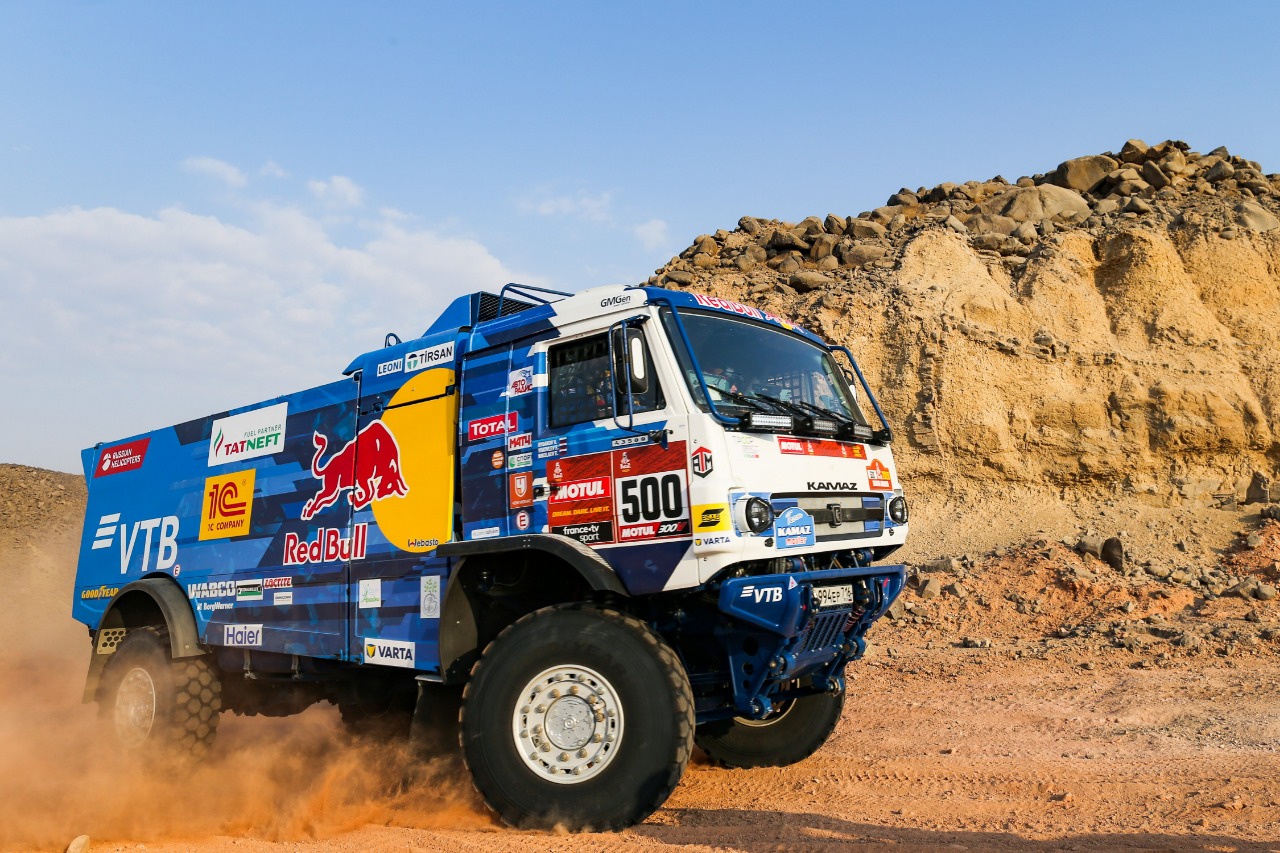 Currently the trucks are in “parc fermé” on the Red Sea coast, where on January 4 at 16:00 local time, which coincides with Moscow time, the grand start of the Dakar Rally will take place in the new location. And on January 5, racers will enter the fight for the Golden Bedouin, the main prize of the competition. On the first stage, the contestants will cover 433 kilometers along the coast on the route Jeddah - Al-Wajh, 319 of which will be special sections. The start of the truck classification is scheduled for 11:50.

In total 12 racing stages include more than 5000 kilometers of special sections with a route length of 7900 kilometers.

Reports from Saudi Arabia throughout the race will be available to Russian TV-viewers in the news of Federal Russian channels - Channel One, Russia 1, Russia 24, NTV, Channel 5, Ren TV, etc. MATCH TV channel will become the broadcaster of daily diaries from the Dakar 2020. Also, personal daily video reports of the team’s press service from the race are available on the website of the team, on pages of the team on social networks and on Youtube (youtube.com/user/kamazmastersport).

Crews of KAMAZ-master Team on the Rally Dakar 2020 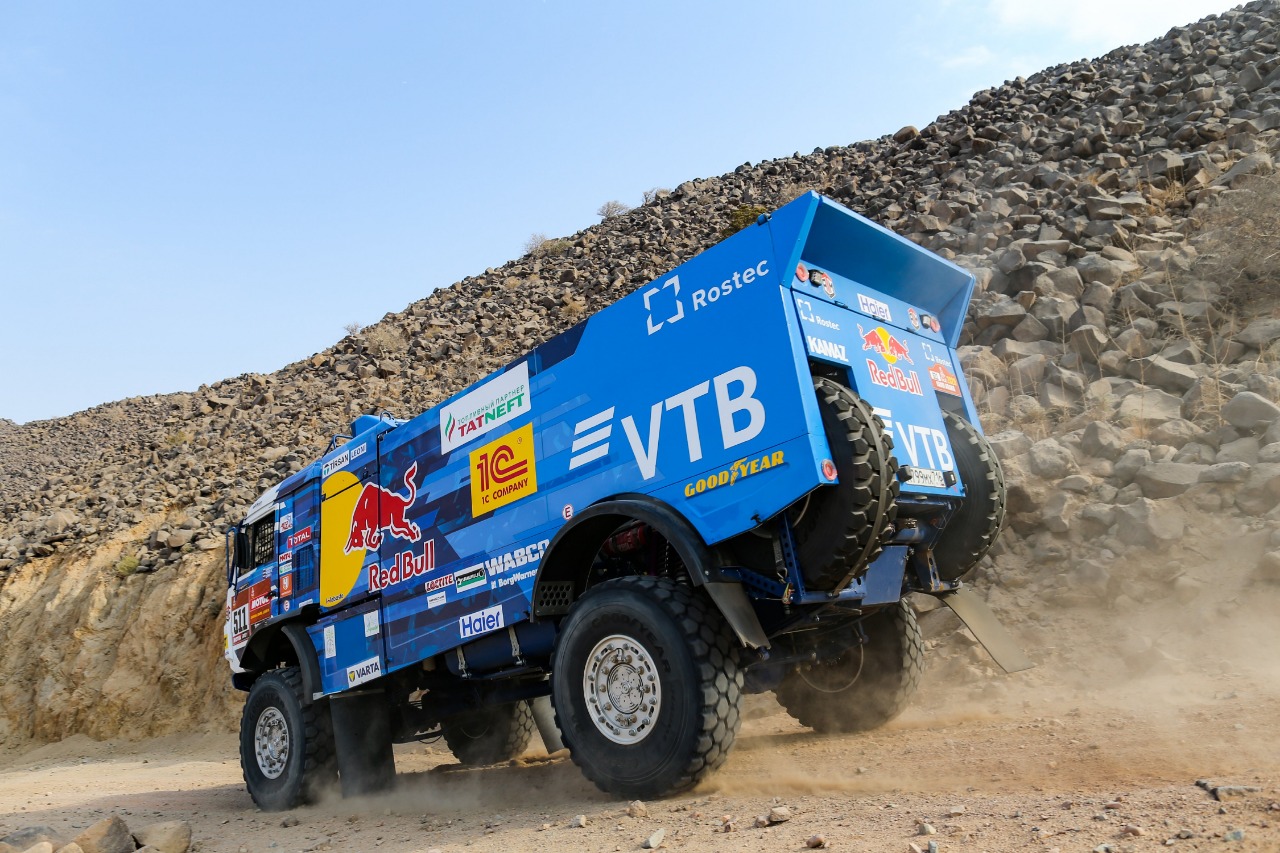