KAMAZ-master set off trucks for the Dakar 2020

On November 24, trucks of KAMAZ-master Team were set off on a long journey for the start of the Dakar Rally 2020. Before the team left, the President of Tatarstan Rustam Minnikhanov, the General Director of KAMAZ PTC Sergey Kogogin and the Mayor of Naberezhnye Chelny Nail Magdeev visited the training area in Tarlovka.

The head of KAMAZ-master Team Vladimir Chagin introduced the crews and staff of the team, heading to the main start of the season in Saudi Arabia, to the guests. The President of Tatarstan was told about the preparation process for the rally. The Deputy Director of the production team Sergei Savostin demonstrated units and aggregates of the trucks that were improved within preparation for the race. Then Rustam Minnikhanov personally tested the racing truck of Eduard Nikolaev. 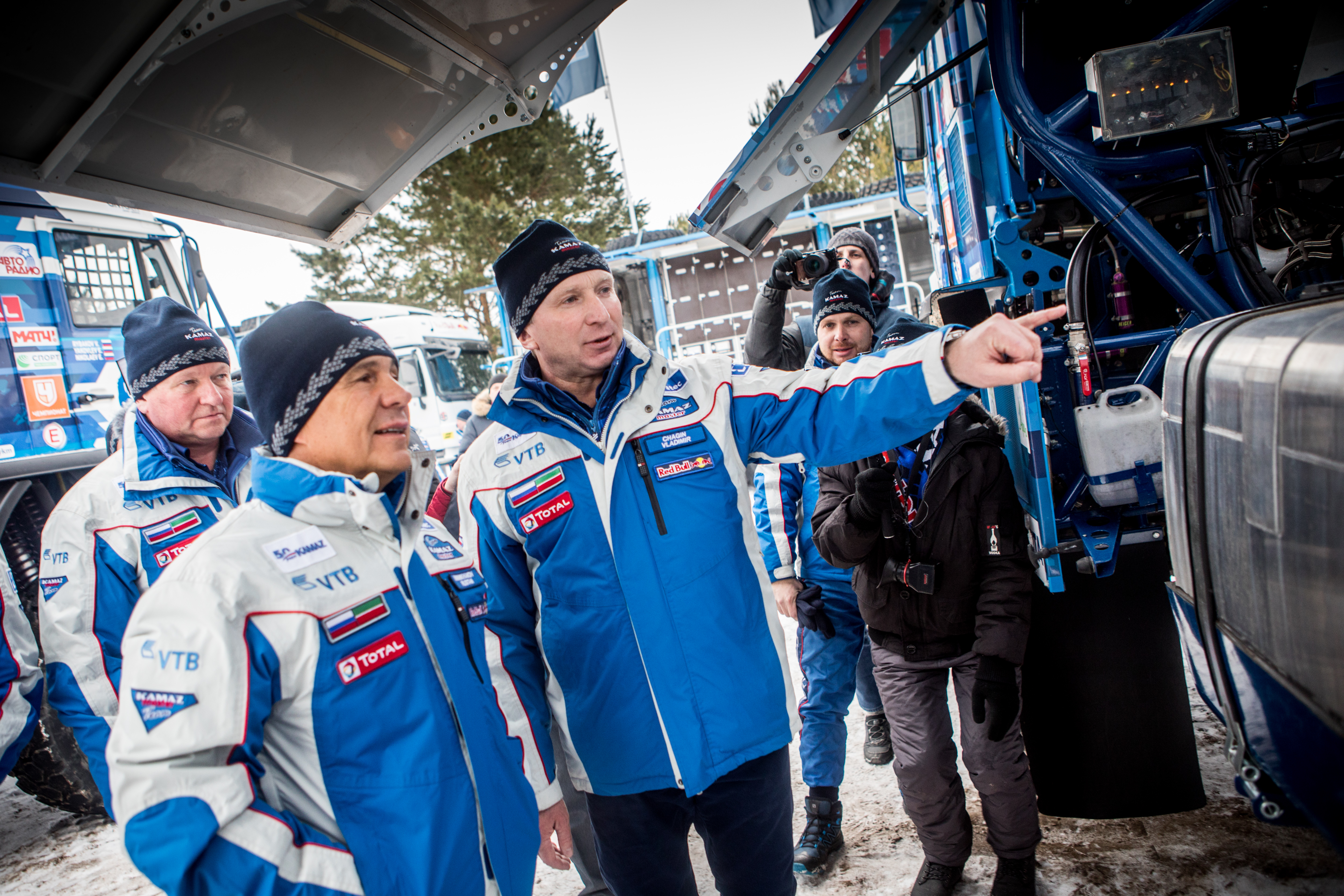 After driving, the President talked to the journalists. According to Rustam Minnikhanov, today no one has any doubts that KAMAZ is a world-class company. And the sports victories of KAMAZ-master Team emphasize the sustainable competitiveness of the Tatarstan company. In turn, the General Director of KAMAZ Sergey Kogogin and the Mayor of Naberezhnye Chelny Nail Magdeev also wished the athletes good luck in the upcoming race. 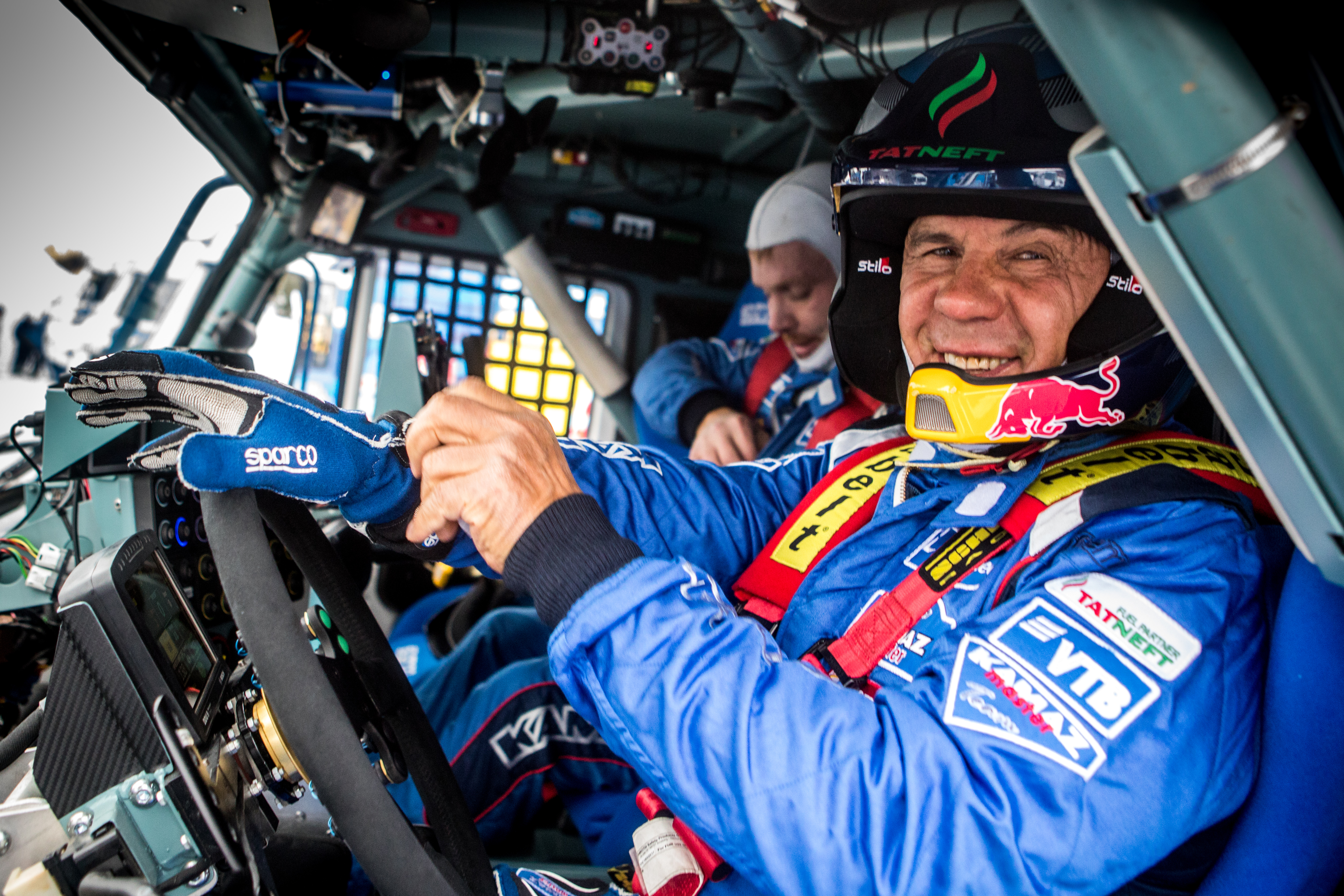 Immediately after the event, the crews headed for the French port of Marseille, where the vehicles will pass initial scruteneering, will be loaded onto the ferry of the organizers of the competition and sent to the Arabian Peninsula.

As a reminder, starting from 2020, the Dakar Rally is changing its location. After 10 years spent on the routes of South America, the race organizers signed a 5-year contract with Saudi Arabia.

The 42nd Dakar starts on January 5 from the Red Sea coast from Jeddah. On January 11, contestants will spend a rest day in the Kingdom’s capital of Riyadh, the finish of the race is scheduled for January 17 in the town of Al Qiddiya. The total length of the route will be 7800 kilometers, 5000 kilometers of which are special sections. At the same time, the length of five special stages will exceed 450 kilometers.

KAMAZ-master Team will apply 4 crews for the race. In the truck classification of the international competition Russia will be represented by: the current Dakar Champion Eduard Nikolaev, the winner of the Silk Way Rally 2019 Anton Shibalov, as well as Andrey Karginov and Dmitry Sotnikov. In total, 47 crews have applied for Dakar 2020 in the truck category (170 motorbikes, 134 car crews and SSV categories). In January, KAMAZ Team will defend the Dakar champion title in a tough battle with the main contestants in the truck classification: IVECO, TATRA, RENAULT, MAZ, MAN. 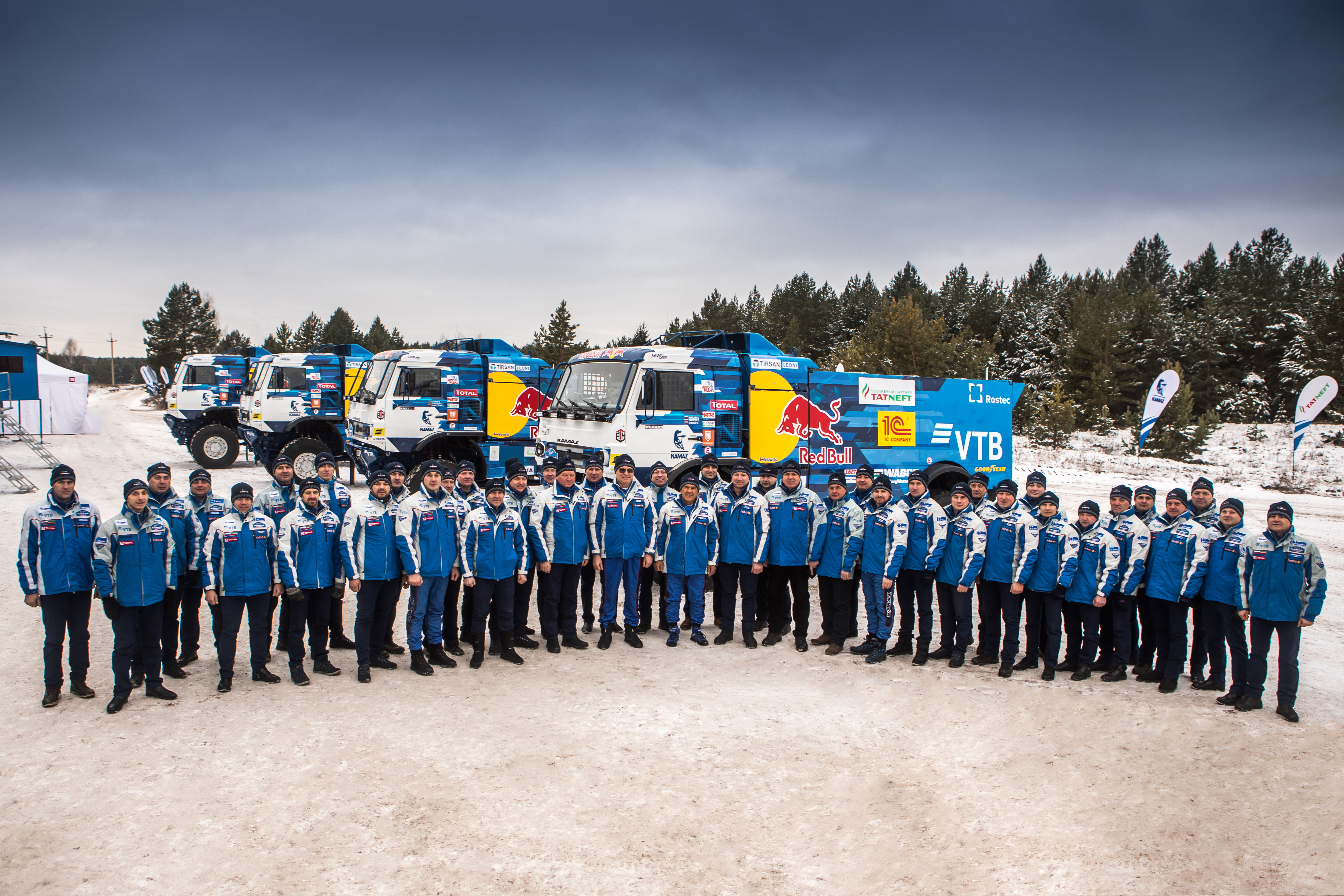 KAMAZ-master Crews at the Dakar Rally 2020

5, 6 December - scrutineering of race vehicles and loading of the vehicles in the port of Marseille

1,2 January - recovery of the vehicles in the port of Jeddah (Saudi Arabia)

18 January - loading of the vehicles on the ferry in Jeddah

Rustam Minnikhanov, the President of the Republic of Tatarstan

“Every year before the start for the Dakar, we test trucks that have to show themselves on the difficult route of international races. This year the tradition has remained in force. The day before in Kazan, we tested the versions prepared for the last Dakar. Today, we saw modified race trucks in action. I will say that the current trucks have become even more competitive. The changes are significant. For this, we should thank designers and engineers, who worked tirelessly throughout the year on new technical solutions, sports crews, who tested the latest versions in serious competitions and assured of reliability of all units and components. I would like to say special thanks to the head of KAMAZ-master Team, Vladimir Chagin, because without a real leader, team spirit, not a single victory is possible.” 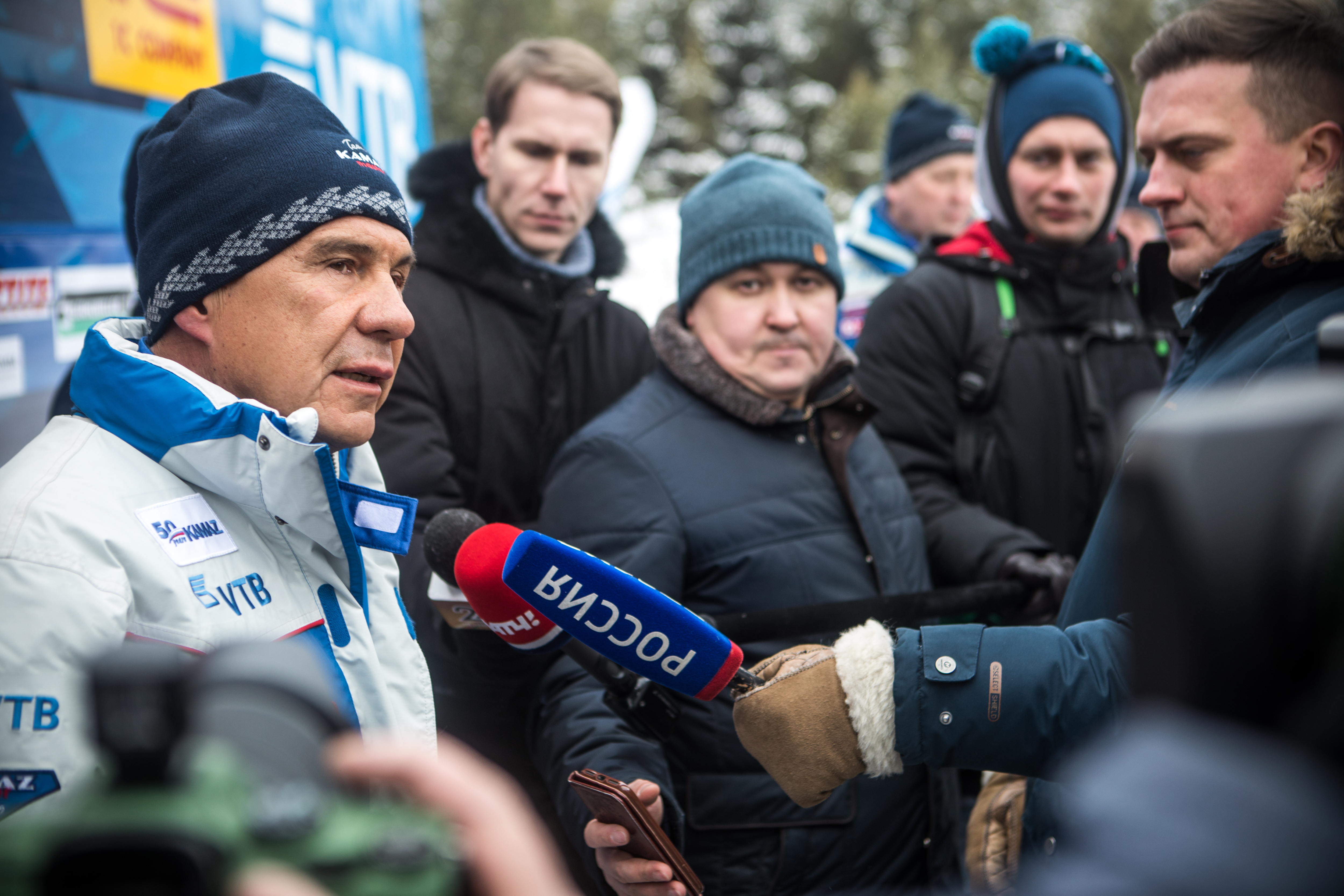 “For us success of the team in these races is the best advertising platform. When the television picture from the race goes to 198 countries, the whole world sees frames where the Russian truck is always in the lead. You can’t replace it with any advertising campaign. In the next generation of our trucks, we will definitely think how to transfer them to a new look. At least trucks of the technical assistance team should assume appearance of the fifth-generation vehicles.

Impressions of the current race truck are very positive. I became sure, that those changes and improvements that were made, allow us to fight for the highest places again and not in vain our team worked for a year on the trucks’ improvement.”

“This is a unique team as for the country, so for the world sport, and for our city Naberezhnye Chelny. The uniqueness is that all members of the team are residents of the city of Naberezhnye Chelny, our Chelny, Tatarstan, Russian children. Those who were raised in a karting club, who studied at the Chelny schools, those who later worked as mechanics, manual workers in this center, today have become famous racers, known throughout the world. This must be of a special value. We love our guys; we are proud of them. They are a good example for the younger generation of the city of Naberezhnye Chelny. Chelny loves motorsport. I would like to wish good luck to our guys. And the good walker is KAMAZ-master Team - our Blue Armada, for the victory of which we certainly hope.” 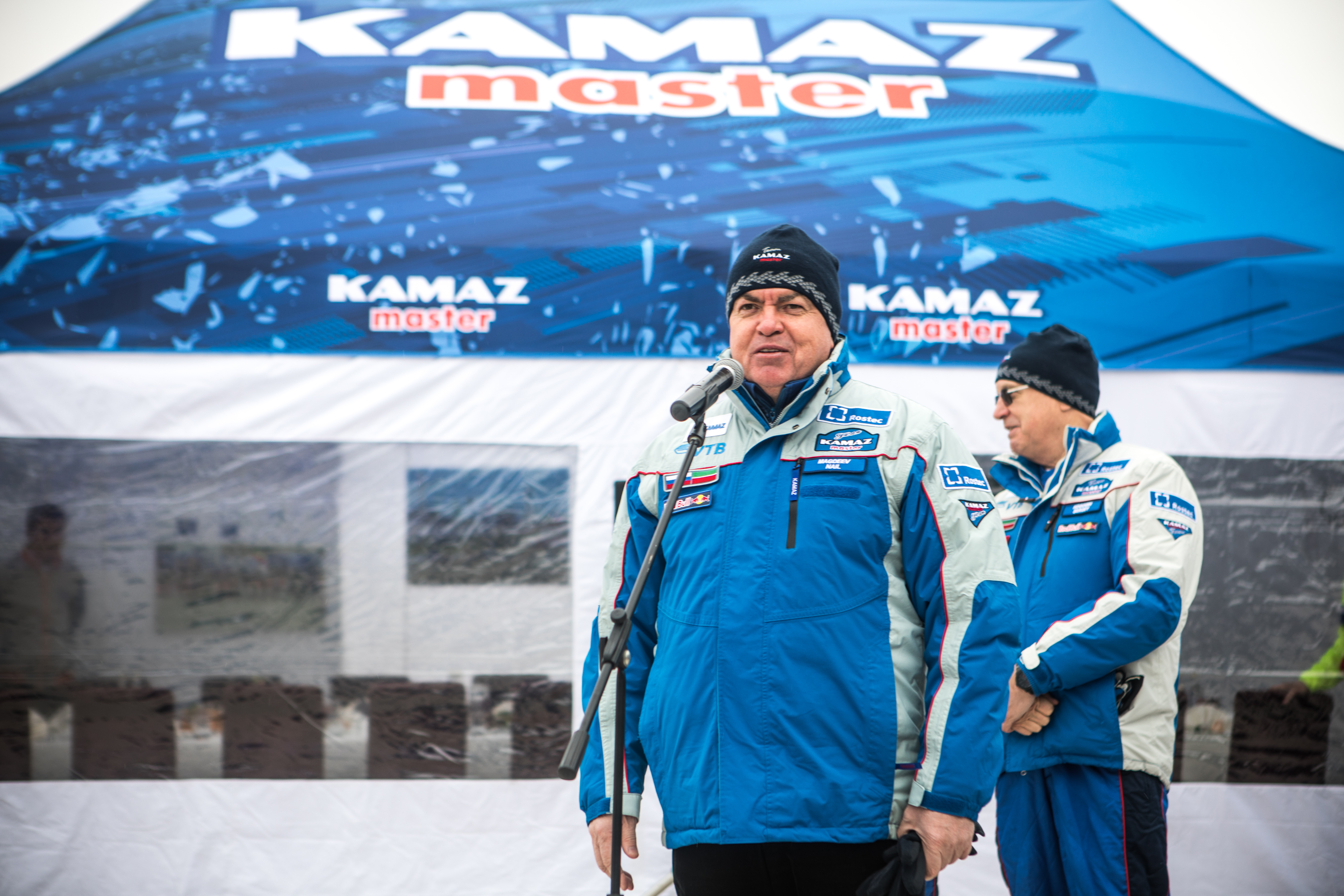 “The race will take place in a new region, nobody in the team has previously been in Saudi Arabia. We worked the whole year to make maximum improvements in the trucks, to improve driving performance of the racing KAMAZ vehicles. A lot of work has been done, the vehicles are ready, today we reported this to the President. For example, weight distribution is improved, the number of fuel tanks, engine intake system is improved. The truck becomes more complicated, various equipment is installed on it, we have to find opportunities to reduce weight in order to be on the verge of the minimum allowable weight of the truck at 8.5 tons. Cabin suspension has been developed this year. This will allow the crew to withstand shaking and drive at a fast pace. I wanted to thank all KAMAZ members, all partners of the team for the joint work that we were doing during the season. I hope that we have done everything to make everyone happy in January with the news from Saudi Arabia.” 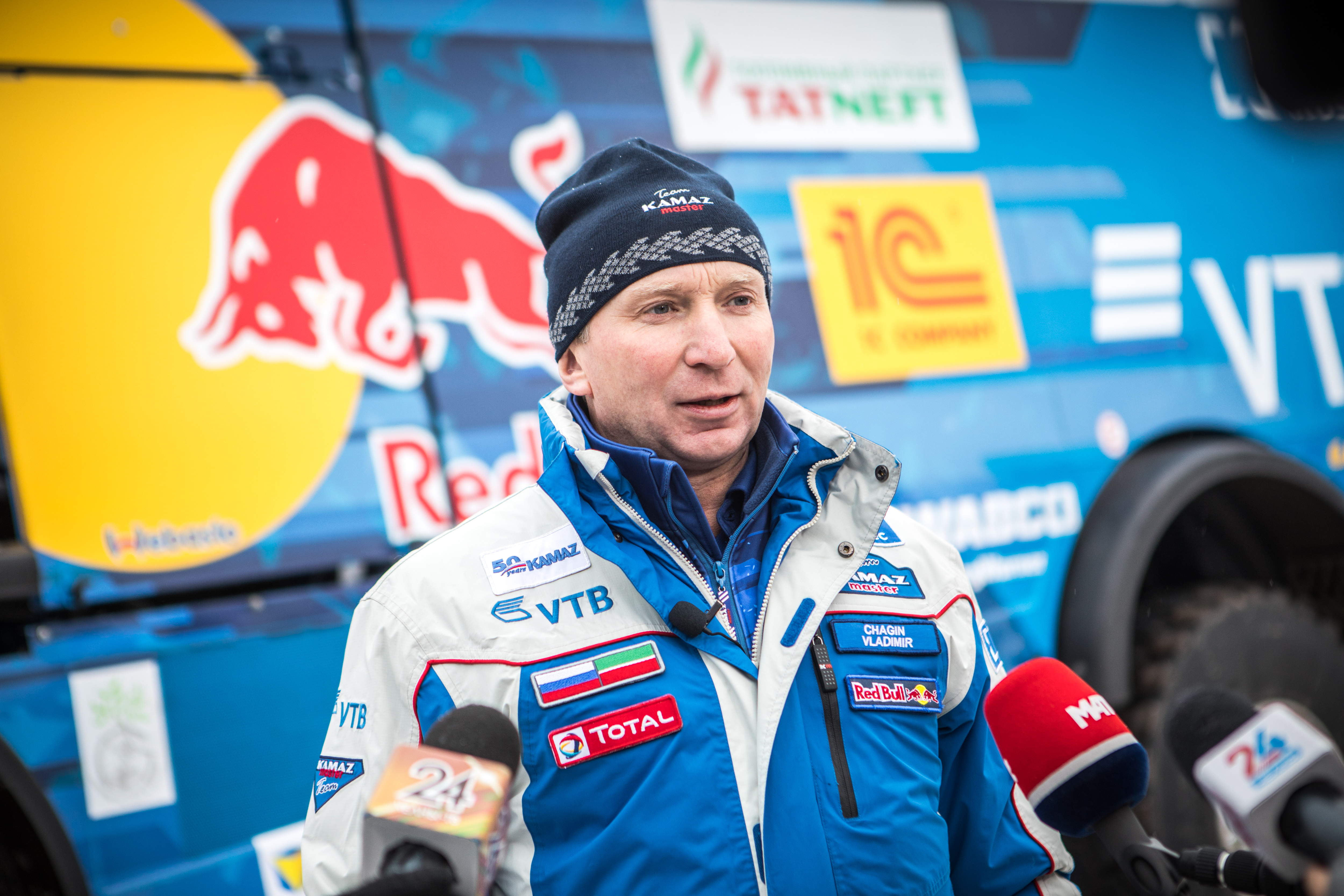 “We know that this year everything is new - both Dakar and the vehicles. The race will be held in a new country, it is very interesting for everyone, there are their customs, their traditions. We look forward to the start. We know that our rivals are also in expectation, all have been seriously preparing this year, knowing that this is a new country, new landscapes, and more sands are awaiting us.

There is also a serious intrigue related to the navigation. Novelty of the year - road books of the stages will be handed in literally 10-15 minutes before the start. Therefore, the pressure on the navigators, including the psychological one, will be enormous.” 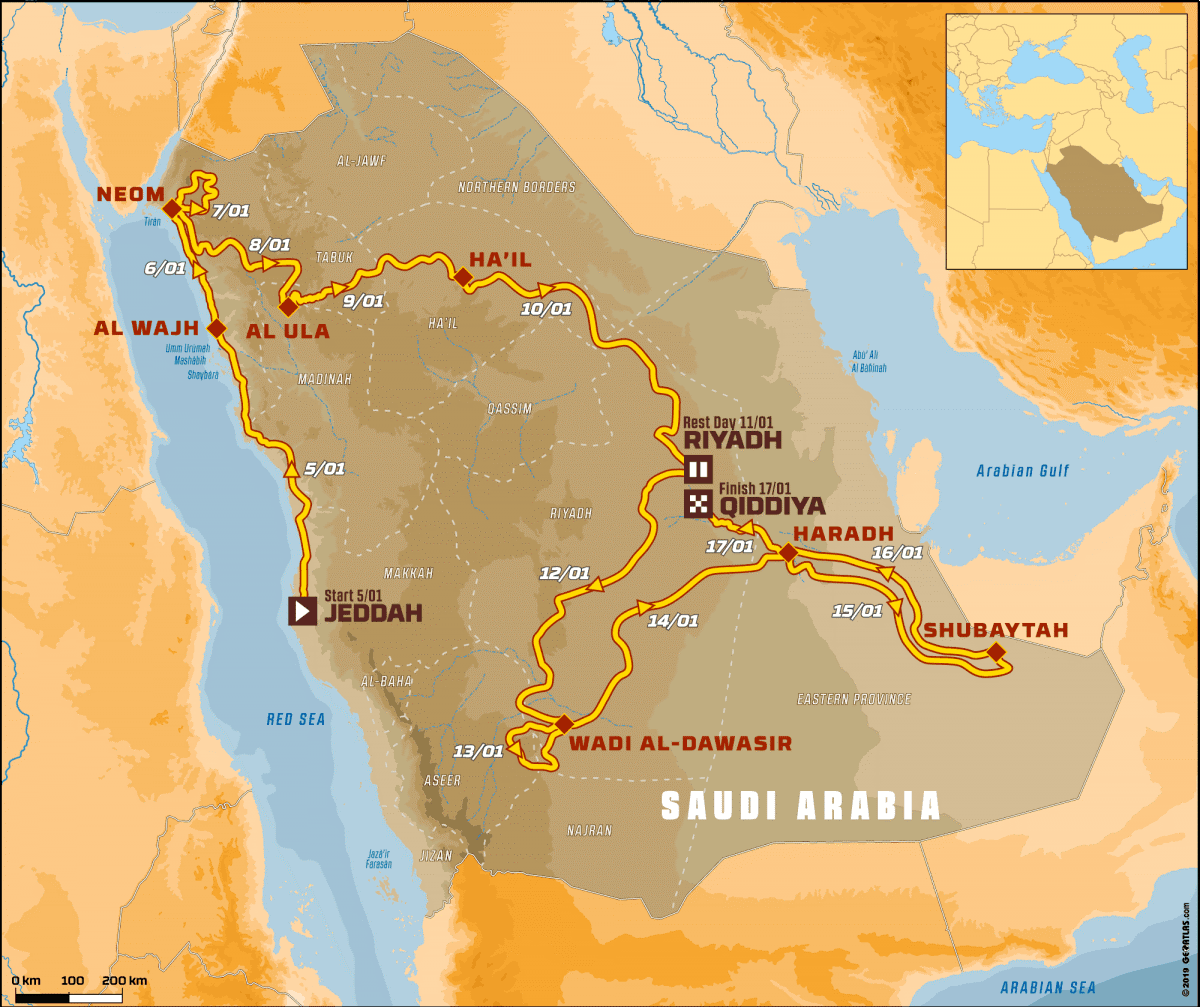