On October 12, at a press briefing in Naberezhnye Chelny, the head of KAMAZ-master team, Vladimir Chagin, announced composition of the team's drivers who would take part in the Dakar Rally 2022. The meeting took place at KAMAZ-master sports center within a traditional press tour for the Russian media organized by the team. 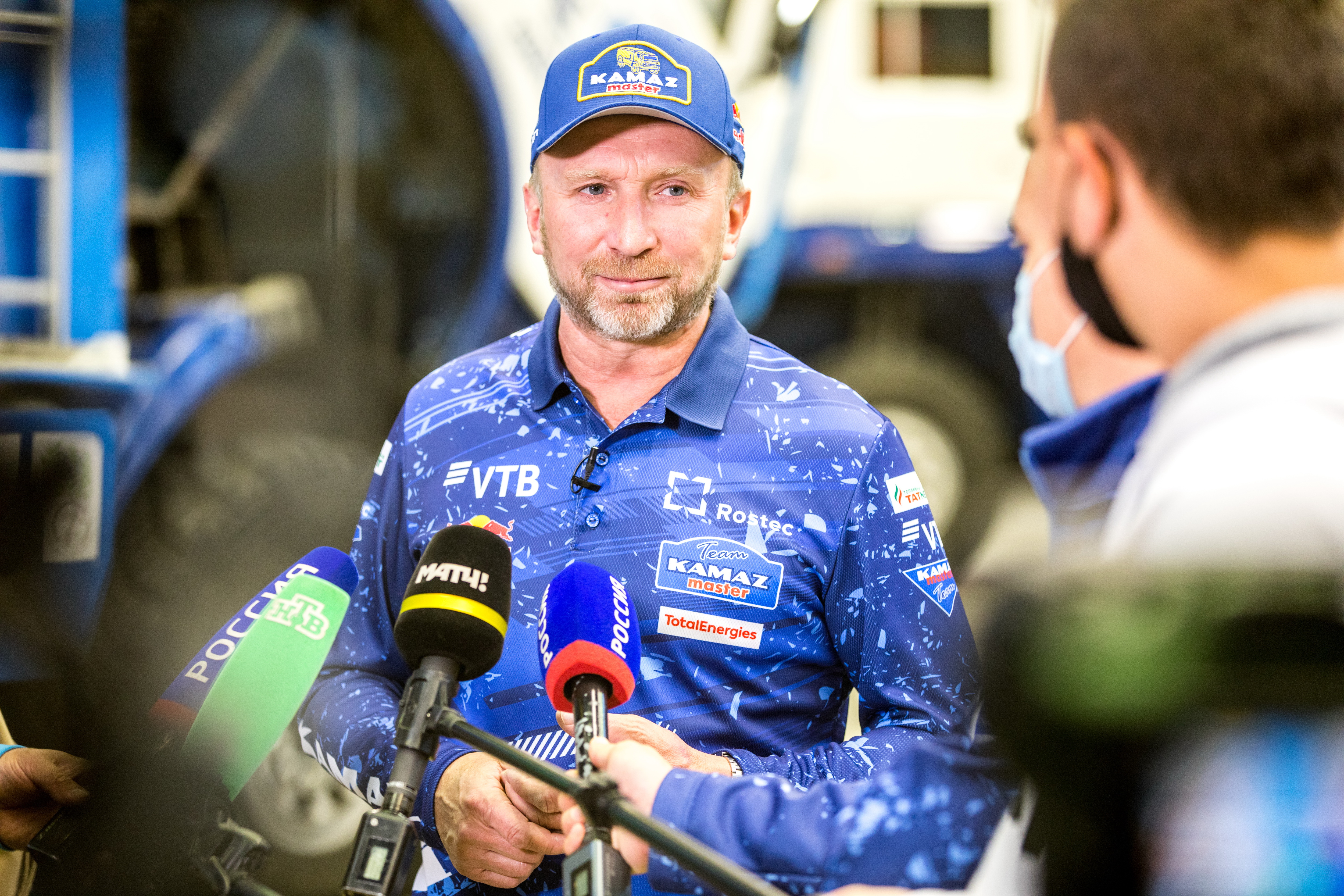 The team's drivers Dmitry Sotnikov and Airat Mardeev arranged test runs for the media representatives on the training ground, where journalists had an opportunity to become passengers of a completely new sports truck of K5 family. After the tests, representatives of mass media moved to the team's sports center and witnessed hard work of the production department preparing sports trucks for shipment to the Arabian Peninsula.

Already in December, in French Marseille, vehicles of the race participants will be loaded to a ferry to Saudi Arabia. 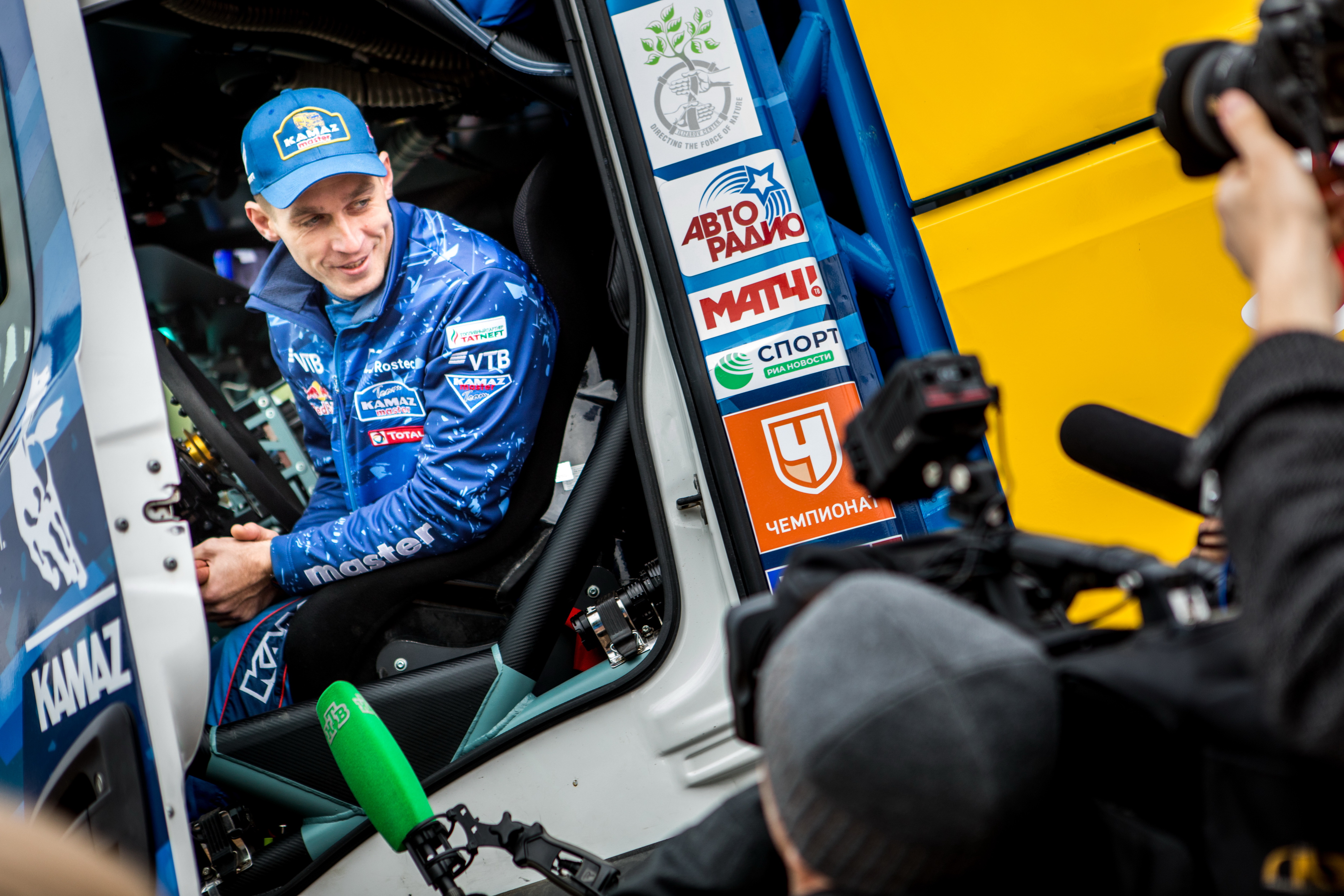 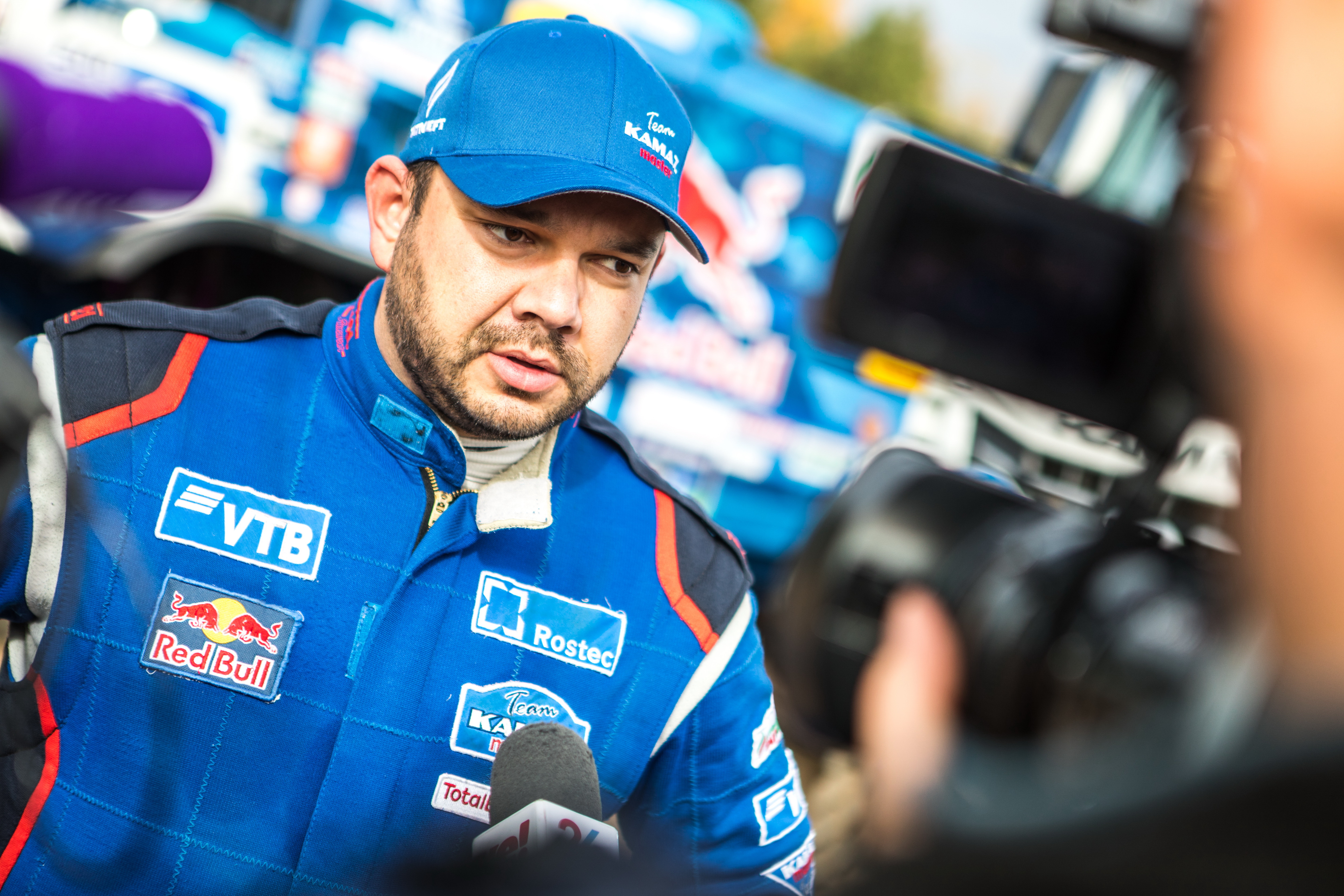 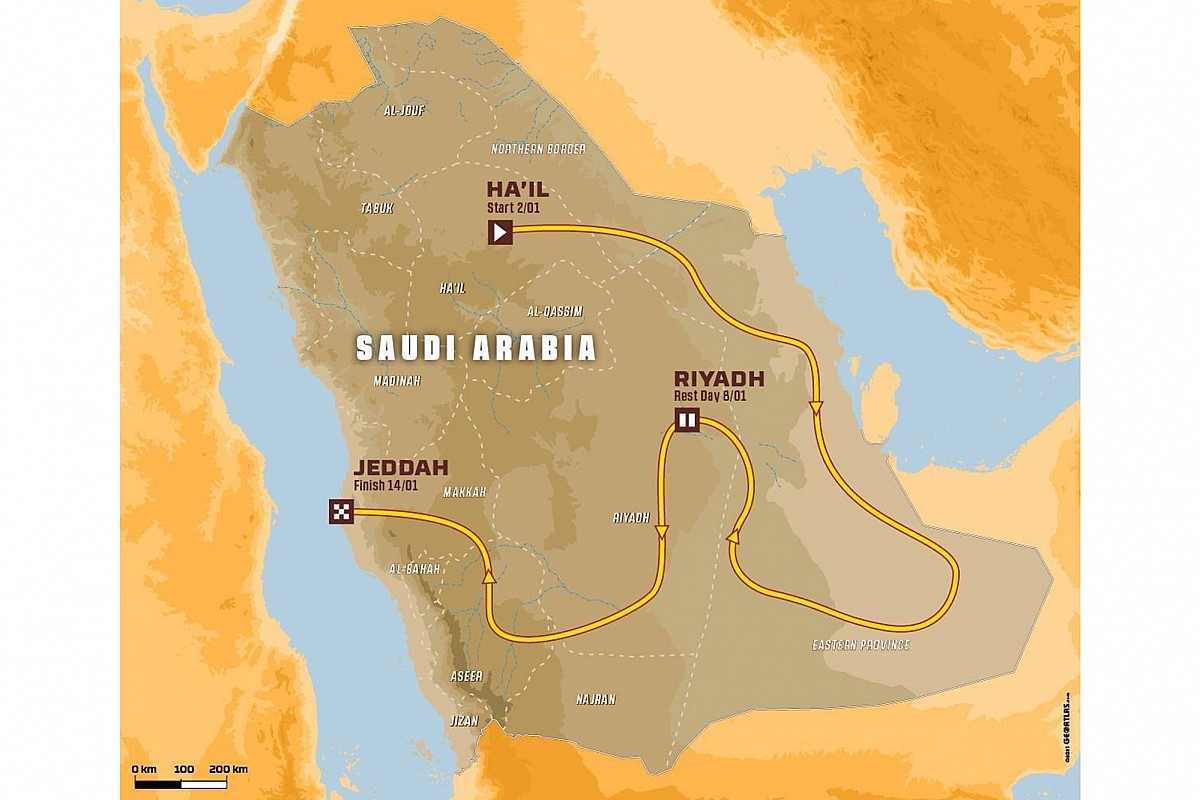 The organizers promised that there would be a lot of sand in 2022: three out of twelve stages in the competition, will be held completely in dunes. Moreover, one of them will be a marathon stage, where any third-party technical assistance is prohibited. About 80 percent of the rally-marathon will be held in new locations. The organizers will provide more detailed information about the next-year Dakar during the presentation scheduled for this November.

KAMAZ-master team will perform 4 sports trucks for the race. Two of them are familiar to fans of KAMAZ-43509 and two new KAMAZ-435091 of K5 family. A completely new sports truck has absorbed all the experience of previous years' performances and has already proved itself good: on the Silk Way Rally 2021 in July, Dmitry Sotnikov's crew, driving the first truck of the new model, was the best in the truck category of the race. In addition to the sports tasks that the team must solve, changed appearance of Russian sports trucks has become a part of the factory marketing program for promoting a new family of KAMAZ trucks on the international and domestic truck market.

In the near future, the team management will finally complete the crew composition. In the meantime, the drivers have been approved for participation in the Dakar 2022. The crews of the reigning Dakar champion Dmitry Sotnikov and the five-time Dakar winner Eduard Nikolaev will represent Russia in the international competition on new K5 KAMAZ trucks.

Crews of Anton Shibalov and Andrey Karginov will take part in the race on trucks of the previous year model with technical improvements implemented during 2021, which make the traditional KAMAZ a serious rival to the sports vehicles of leading foreign teams in the Dakar truck category.

As you know, every year, according to the planned rotation, one of the five pilots of KAMAZ-master team skips the race. This time, by the decision of the team's management, it was determined that the crew of Ayrat Mardeev, who would be alloted no less important tasks during the Dakar, will not participate in the race. 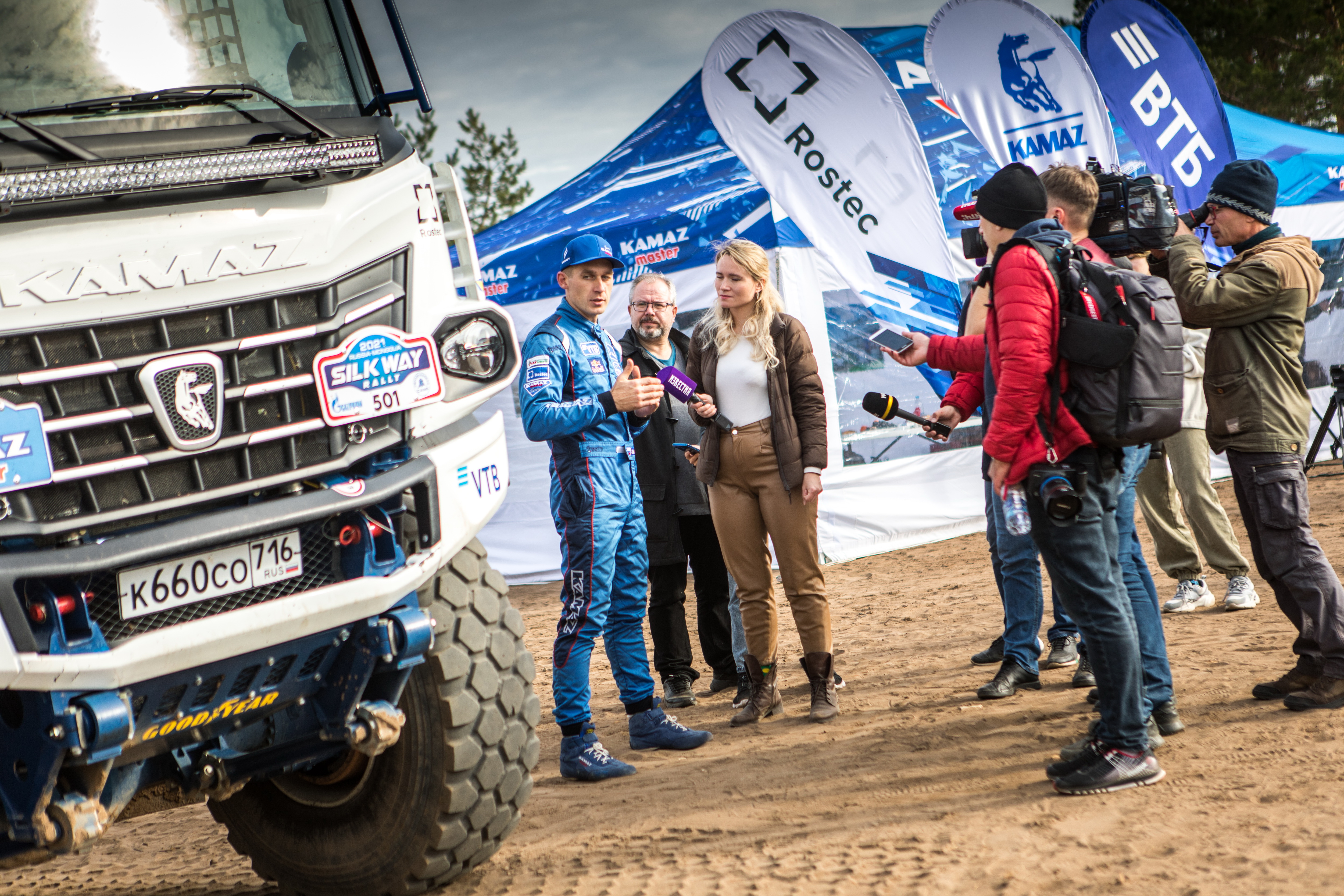 The outgoing season 2021 was entirely aimed at creating a new sports truck with a cab from the advanced line of KAMAZ K5 series trucks. As a prototype, for a sports car, an ascetic cabin was chosen, designed for quarry off-road equipment. It has the smallest dimensions available in the line.

When developing and designing a new truck, KAMAZ-master design engineers were guided by the forthcoming changes in the FIA technical regulations, which are adopted for the truck classification of the World Rallycross Championship planned from 2022. The fact is that since last year, the FIA special commission, together with the Dakar ASO Race Directorate, has been working hard to create general regulations and the possibility of holding the most famous Dakar Race as a part of the World Rallycross Championship.

Vladimir Guba took a significant part in this issue and in creation of new rules in general. He managed to defend and prove many technical restrictions and permits that allow the entire truck classification to be up to date.

Focusing on the characteristics of the road conditions in Saudi Arabia, the engineers tried to improve the truck management.

In general, the main transmission units have remained unchanged compared to the 43509 model. The automatic transmission, transfer case and axles have completely switched to the new model, as they have proven themselves well in terms of reliability and operational properties. 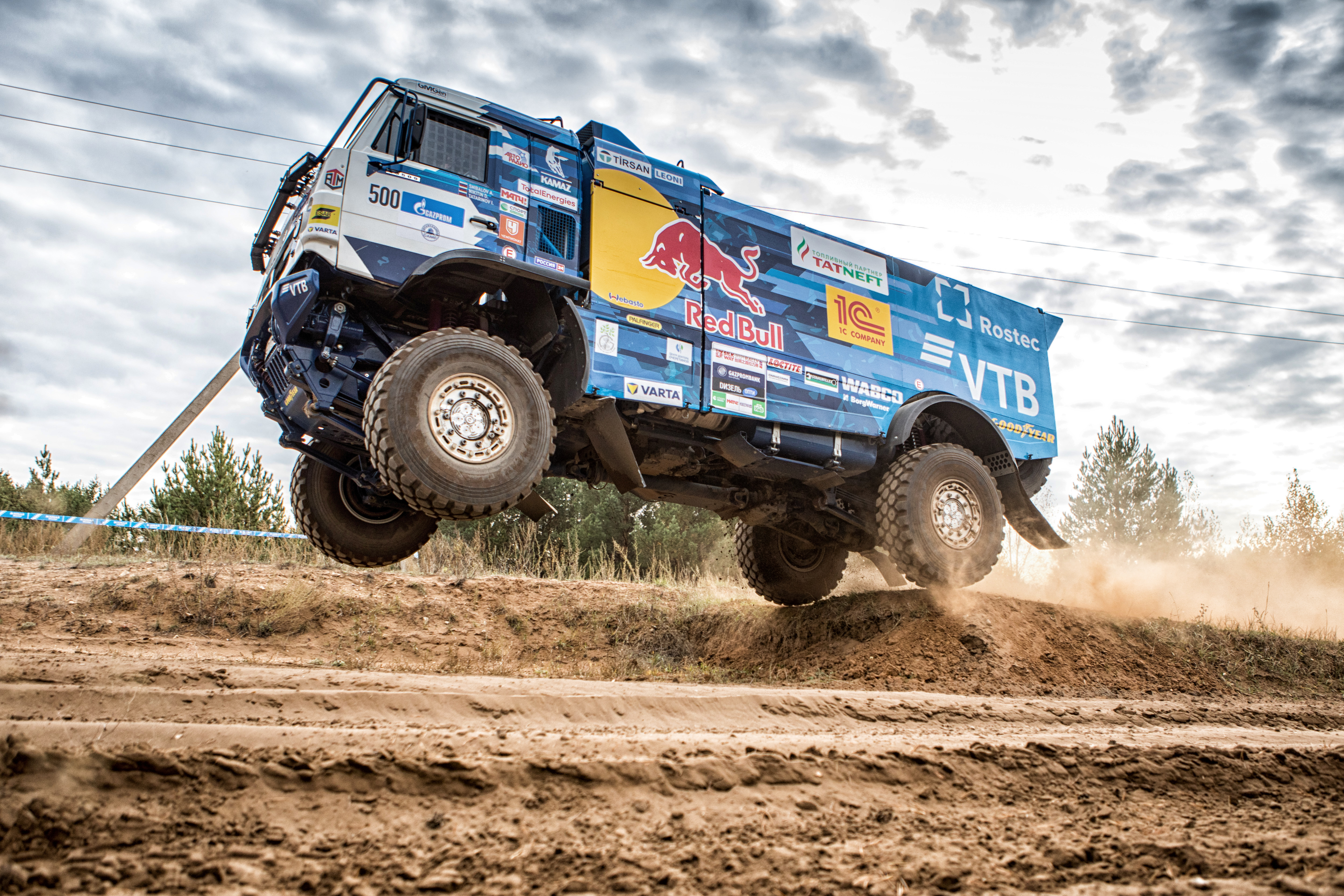 ∙ Works to increase reliability of the turbocharger control system were completed. Tests were carried out in mountainous areas to improve traction and dynamic properties in medium-altitude and heavy soil conditions.

∙ Design solutions to protect against external influences and improve reliability of engine systems, when overcoming water obstacles, were implemented.

∙ Changes in the vehicle's inertial performance have inevitably affected the suspension settings. A lot of time was spent on tuning the cab suspension and chassis, searching for optimal performance. This work is still in progress.

∙ Despite the clear progress in improving the steering characteristics in the last season, this year specialists of KAMAZ-master team have found additional reserves for further modernization. And for the upcoming race, the two trucks will have improved steering performance, characterized by crispness and less stress on the driver.

∙ Implemented a majority-owned CAN strategy to increase reliability. Revised and optimized wiring diagrams and harnesses to reduce likelihood of failures. Also, work was carried out to replace some imported components with local ones together with improving technical characteristics.

∙ The new vehicle has a new design and more composite elements are used in the trim structure not to increase the weight of the truck. Not all of them have passed the resource tests, but there is confidence in their performance.

Due to the fact that the new regulations are still in the negotiation stage, at the Dakar 2022  regulations of 2021 will remain in effect with some mandatory changes in terms of safety. This applies to the use of special fire extinguishing systems, the introduction of devices that prevent fuel leakage in accidents, replacement of crew sports equipment according to new, more strict standards. As for the new trucks built in accordance with the new regulations, such trucks will also be allowed to start.

The vehicles went through refining works and the systems were tuned during the Silk Way Rally 2021, stages of the Russian Rally-Raid Championship in Astrakhan, Ulyanovsk, as well as during the team's October tests in Kazakhstan. 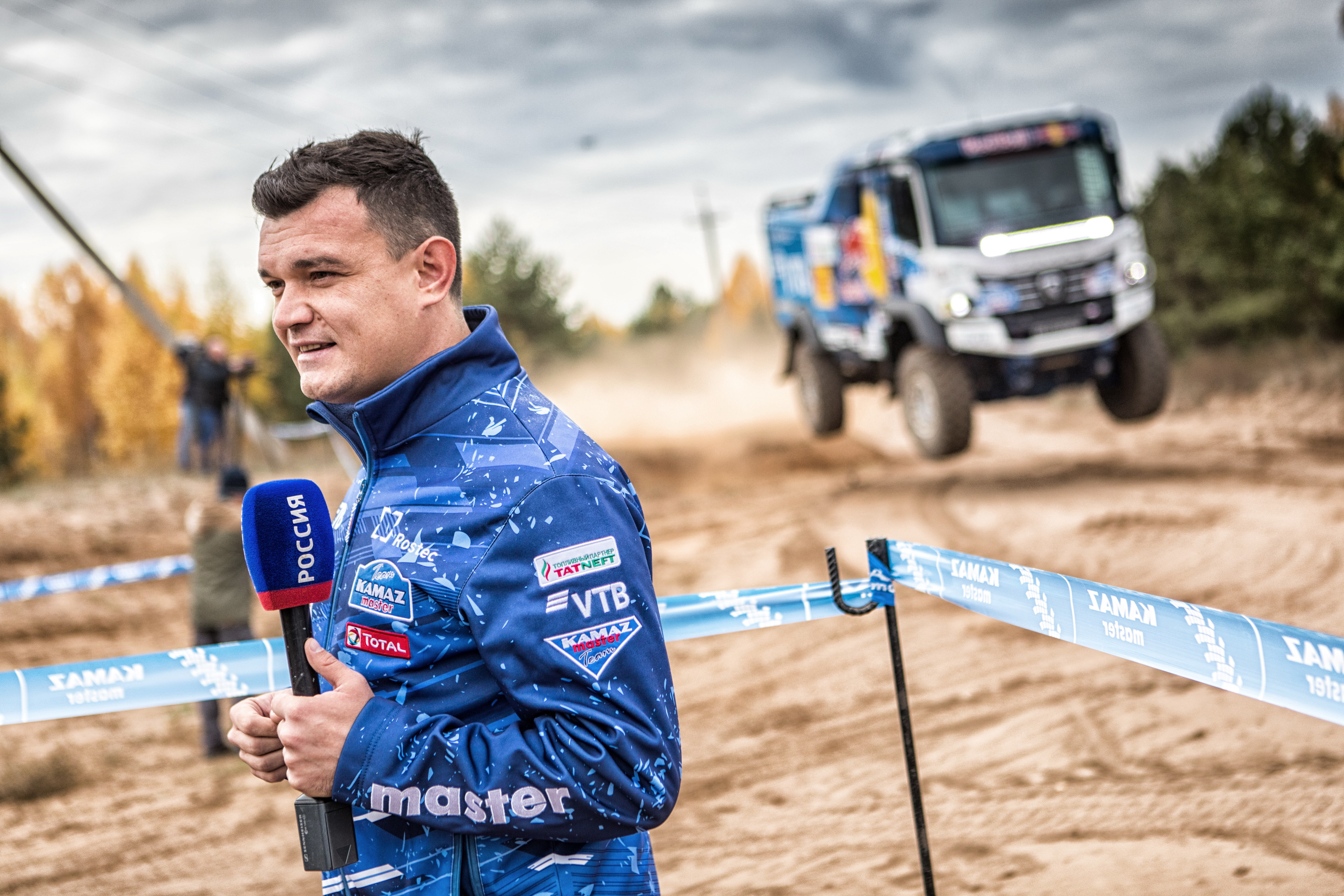 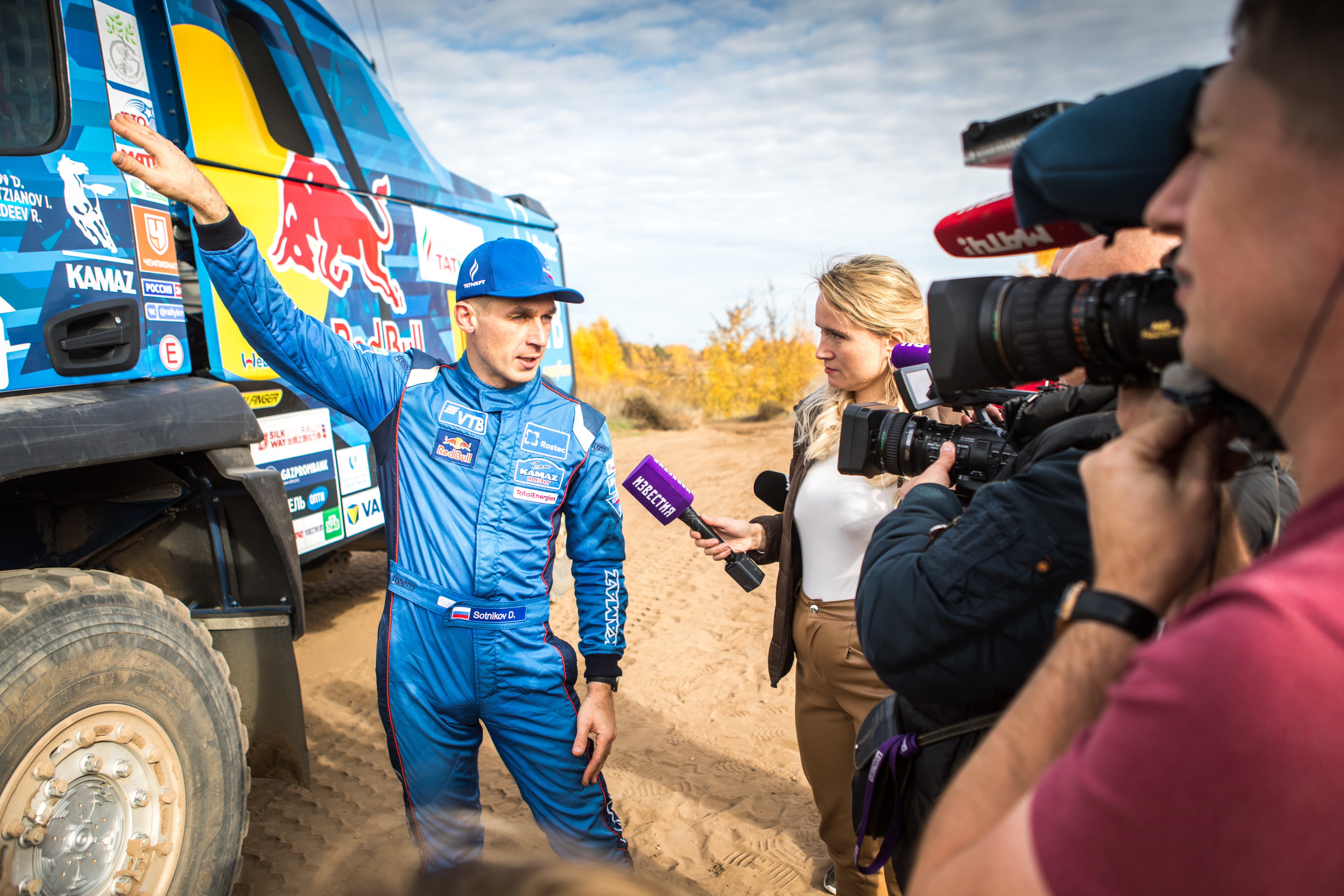