Truck Category of the Dakar Rally 2020

Since 2020 the Dakar Rally is changing its location. After 10 years spent on the routes of South America, the race organizers signed a 5-year contract with Saudi Arabia. The 42nd Dakar is starting on January 5 from the coast of the Red Sea from Jeddah.

Having moved to Asia, the race organizers are opening a new chapter in the famous rally-marathon. History of the Dakar has many wonderful pages and many of them were written by the contestants of the truck classification. In 1979, in the year of the first start of the race, the trucks, participating in the race, served as organizers' vehicles and accompanied contestants. The truck category is generally assumed to appear officially in 1980. Three trucks of the Algerian brand Sonacome M210, driven by Algerian crews, reached the finish line, taking 1st, 3rd and 4th positions. The second place in the race was taken by MAN - a fast assistance truck of one of the contestants in the car classification.

Since then, trucks have always attracted attention of fans. Recalling at least projects of the talented engineer and racer Jan De Rooy. The most noticeable of them, perhaps, was a twin-engine DAF with two cabs. The battle of prototypes led to the fact that trucks on the Dakar began to reach the speed up to 240 kilometers per hour. Rally-raid fans know the shots from a helicopter taken in 1988, when De Rooy Sr. at full speed overtakes Peugeot of the leader of the car category Ari Vatanen. However, after a tragic accident of the second Dutch DAF, happened in the same year, follows tightening of the rules - prototypes in the truck classification become prohibited.

Then there were brilliant victories of the Czech Karel Loprais on his Tatra. Much for the discipline was made by the Frenchman George Groine, performing on Mercedes. Debut of KAMAZ trucks in the Dakar was in 1991. The first victory came only in 1996. The hegemony of the Russians was to be violated by a series of changes in the regulations of the truck classification. For example, the limitation of engine volume first up to 16 liters (2012), then up to 13 liters (2019). But difficulties never frightened contestants of the truck category. “The Dakar is a challenge for those, who decide, a dream for those, who stay!” The famous statement of the race founder, Thierry Sabin, perhaps best of all describes the essence of extreme rally-marathons.

Let's see who in the truck category decided to throw down a challenge to their rivals this year, and for whom the first Dakar in the new continent will remain only a dream.

KAMAZ-master applied four sports trucks KAMAZ-43509 for the race. The current champion of the Dakar Eduard Nikolaev, the winner of the Silk Way Rally 2019 Anton Shibalov, as well as Andrey Karginov and Dmitry Sotnikov will represent Russia in the truck classification of the international competition. The Russians will defend the title of champions in a difficult struggle with the main contestants of the truck classification: IVECO, TATRA, RENAULT, MAZ, MAN. In total 47 crews will take part in the truck category.

In Saudi Arabia the eternal rival of KAMAZ-master, the team of Gerard De Rooy will perform in a completely new composition. The flagship of the Dutch team is likely to be Vick Versteijnen (34), who has wide experience in rally-marathons. Earlier he performed on DAF and on bonnet Scania. He made his debut at the Dakar Rally in 2015 and could finish. He repeated this result in 2016. In 2017, an unfortunate engine breakdown prevented him from reaching the Dakar finish line in Buenos Aires. Over the last two years, Versteijnen constantly participated in the Rallye du Maroc. 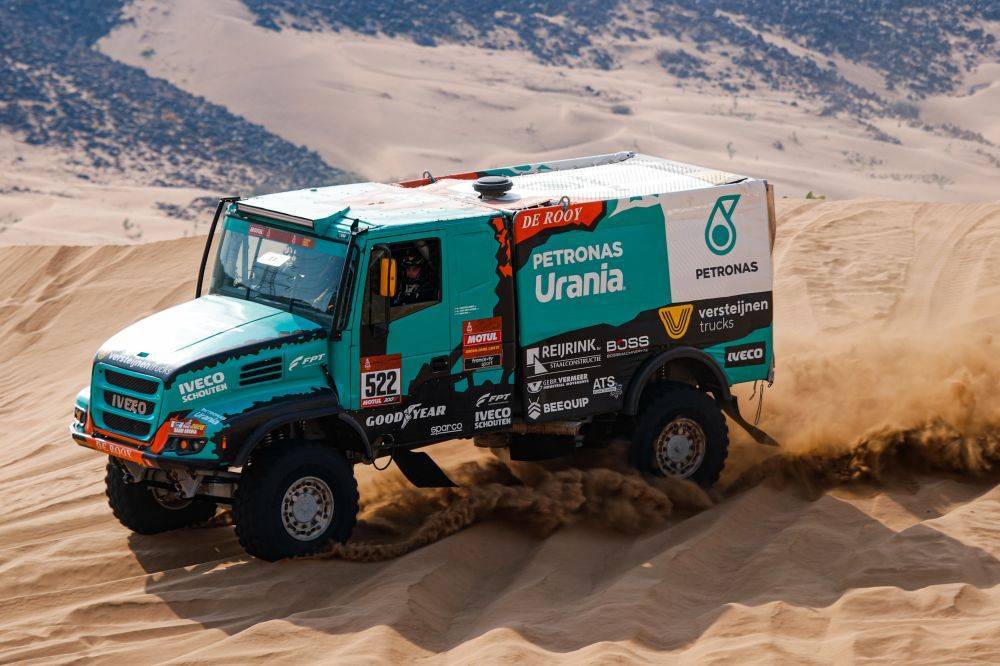 Another “rookie” of De Rooy’s team is Janus Van Kasteren (32), who participated in the Dakar in 2018 and 2019 as a driver of Renault truck of the Mammoet Rallysport team.

Well-known to fans of the truck category Albert Llovera from Andora will also take part in the upcoming Dakar as a member of the Iveco team. Before taking up the rally, Llovera was a talented mountain skier. He was the youngest contestant in the Winter Olympics in Sarajevo in 1984, when he was 17 years old, and a year later at the European Cup occurred an accident, after which he became paralyzed from the waist down. He switched off to the classic rally in 1987, and a hand-operated car was made specifically for him. Llovera has been a member of the Dakar Rally in the truck category since 2016. Then he drove Tatra Jamal of Bonver Dakar Project team.

The Dutch Michiel Becx (44) will be assisting his teammates, who will manage the fast cab-over assistance truck Iveco Trakker (a cab-over truck). Becx debuted at the Dakar Rally in January 2019 on Mitjet buggy. Gerard De Rooy himself misses the race due to back problems.

The Czech Ales Loprais has two news at once. First, he has a “new” truck with a sonorous name Praga V4S Dakar. Experts are sure that this is most likely just last year’s renamed Tatra Queen 69. Apparently, Loprais simply used the name of the old model of Czech trucks Praga, which production was stopped in 1985. According to Ales’ statements, this truck is lighter and more powerful than its predecessor, that makes it faster. In addition, it uses an automatic gear box. The second surprise is that the Arab Khalid Al-Kendi, who is well acquainted with landscapes of the Arabian Peninsula, will become Ales’ navigator. 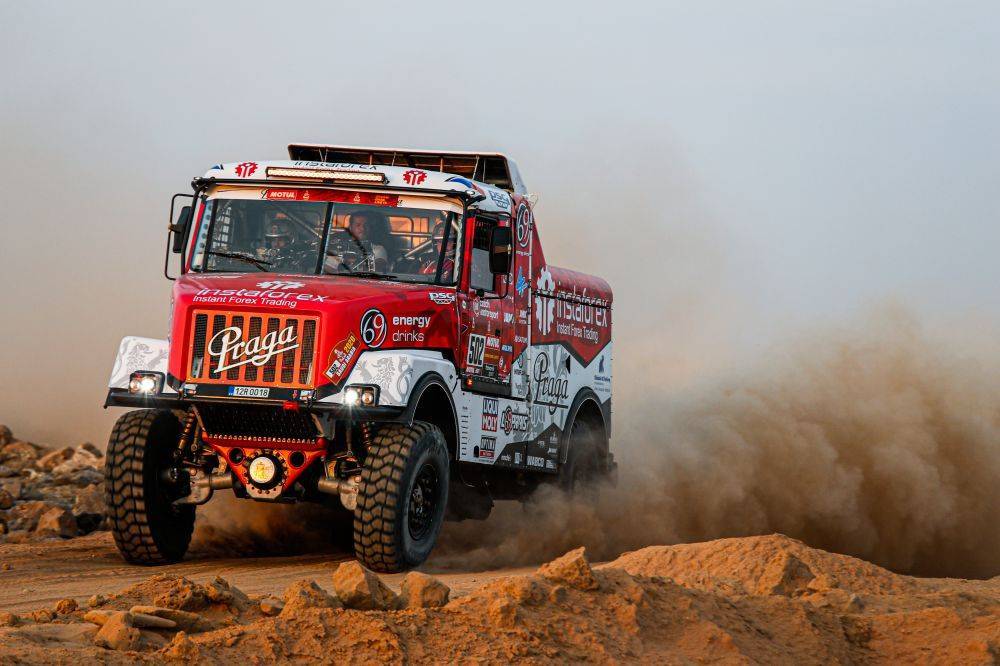 The Dutch Martin Van Den Brink is working tirelessly to improve his bonnet RENAULT K520: “In Morocco and on the Silk Way Rally, our mission was first of all to test the truck. In both cases we reached the finish line without any problems. It gives us a great confidence in preparation for the Dakar 2020 and we are going to Saudi Arabia with serious intentions!"

The name of the team of another talented Czech Martin Macik now sounds in a new way IVECO BIG SHOCK RACING TEAM. This year, Macik will use Iveco bonnet truck. Previously, the Czech successfully performed on a LIAZ truck. The representative of the Czech motorsport dynasty is "seeded" into the race under the starting number 504. According to the results of the Dakar 2018, Macik showed the fifth best result, in 2019 he abandoned the battle due to an unfortunate breakdown. 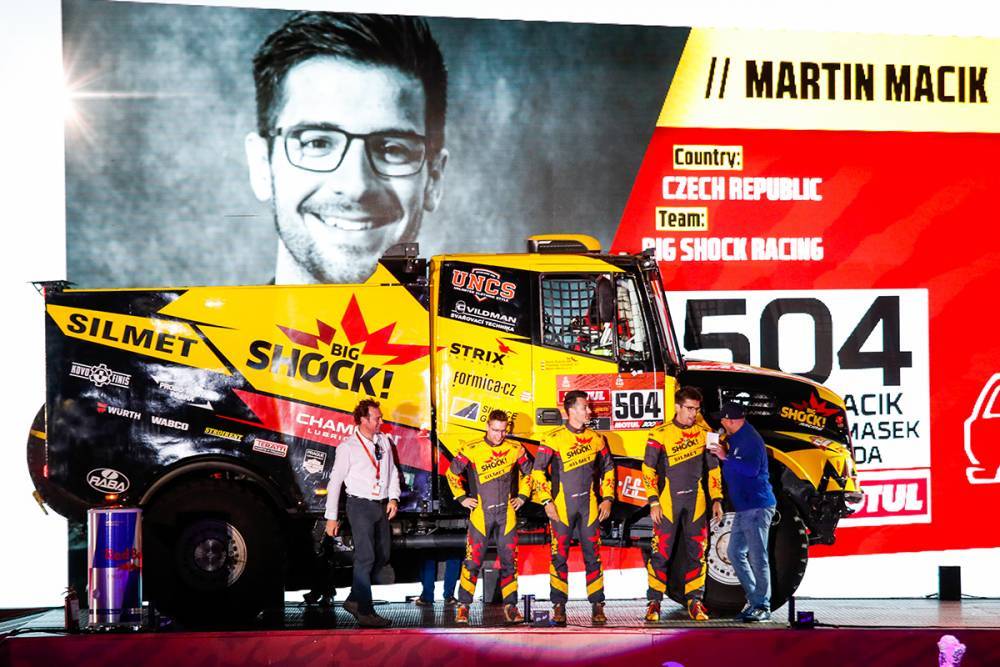 Belarusian athletes from MAZ-SPORTauto team have seriously put up their minds to the race. On the race in Saudi Arabia traditionally 3 crews will perform. The team leader Siarhei Viazovich will drive on the bonnet MAZ, which has proven itself during the Silk Way Rally 2019. 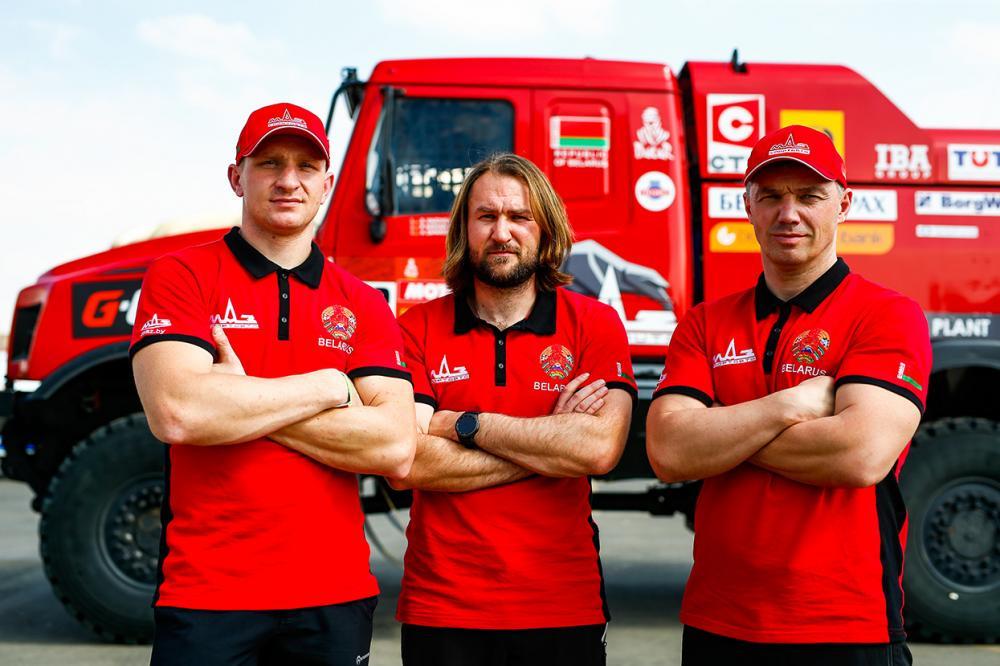 Unfortunately, the Czech Tatra Buggyra Racing team couldn’t extend the contract with the charismatic Martin Kolomy. But his place will be taken by experienced Martin Soltys.

In the truck category there also will be non-standard technical solutions. Gert Huzink and Pascal De Baar from Riwald Dakar team, together with their Czech partner MKR Technology, worked on a completely new and unique concept: a hybrid off-road truck. Renault Trucks C460 Hybrid Edition is a light truck that, including 700-kilogramme hybrid technology, has reached an ideal weight of 8.5 tons. Together with his brother Ewald, Gert Huzink runs a scrap metal recycling company Riwald. 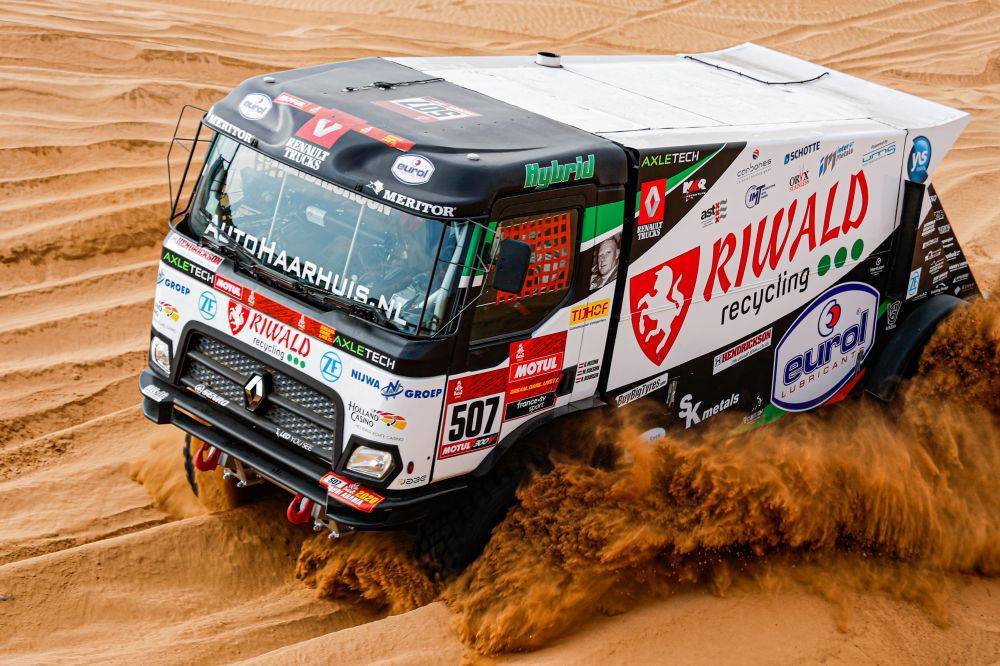 The head of KAMAZ-master team Vladimir Chagin at a December press conference in Moscow, dedicated to the team’s leaving to the Dakar, assured the fans: “A lot of work has been done over the year, we have not only improved the truck and prepared the crews, we are eager to get into a new country with its traditions and peculiar features. This is a new region, a new track, new expectations. The race will be for endurance and orientation, the organizers promise difficult tasks - these will be new challenges. We look forward to the start and will do everything in power to make our partners and fans happy.”