The Russian Rally-Raid Stage “the Gold of Kagan 2020” has finished in the Astrakhan region. A 261-kilometer special section of the fourth last day of the competition decided the winner of the race. KAMAZ-master crews, quite tightly placed in the general classification, were not limited to the team tactics in order to try to improve their own result and fight for the podium of the Astrakhan race. Killing Astrakhan tracks are not the best place to win back of the rivals the last day. Nevertheless, a tough fight for minutes and seconds was going to the last meter of the track.

Separate parts of the route were laid along bumpy hillocky areas, driving where is always a challenge for trucks, saying nothing of smaller sport vehicles. The biggest part of the distance of today’s special were fast and speed steppe roads with bumps and washaways, where mistakes could lead to serious consequences. Concentration and attention were important to keep till the very finish. Even experienced Andrey Karginov didn’t avoid problems – due to critical vehicle inclination after a hard braking his truck turned over. Fortunately, with the help of following him KAMAZ of Eduard Nikolaev they could right the overturned vehicle very fast. Both crews continued the way. 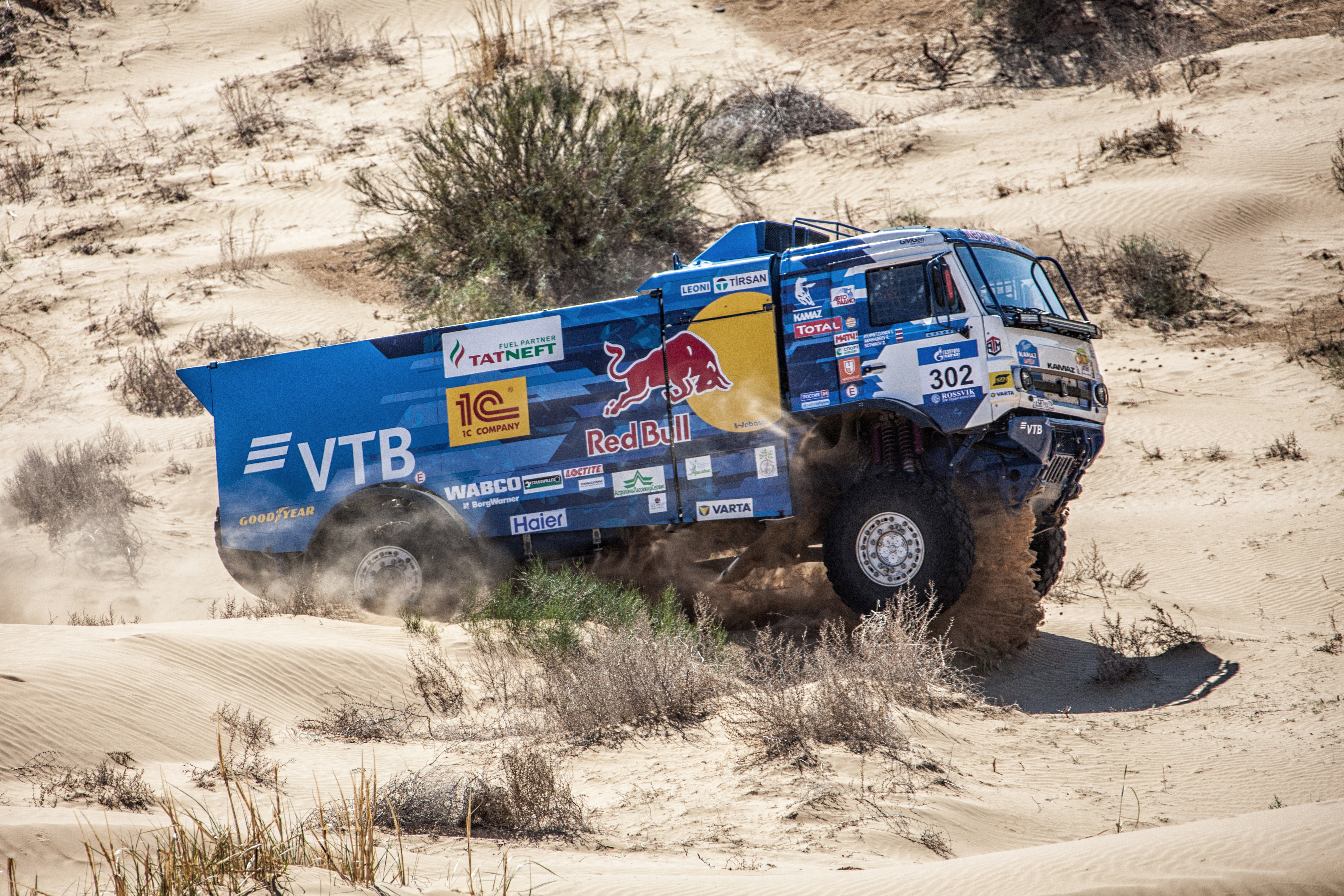 A comfort time margin, which Dmitry Sotnikov’s crew could provide himself in previous 3 days of the race, allowed him to pass today’s stage very providently and rationally. The result of cooperative work of the driver, navigator (Ruslan Akhmadeev) and the mechanic (Ilgiz Akhmetzianov) was the deserved victory in the race.

The Duma member Alfia Kogogina and the General Director of KAMAZ PTC met the KAMAZ crews at the finish of the special section. The Head of the truck plant mentioned good preparation of the crews and highly appreciated a completed work on improvement of the sport trucks. 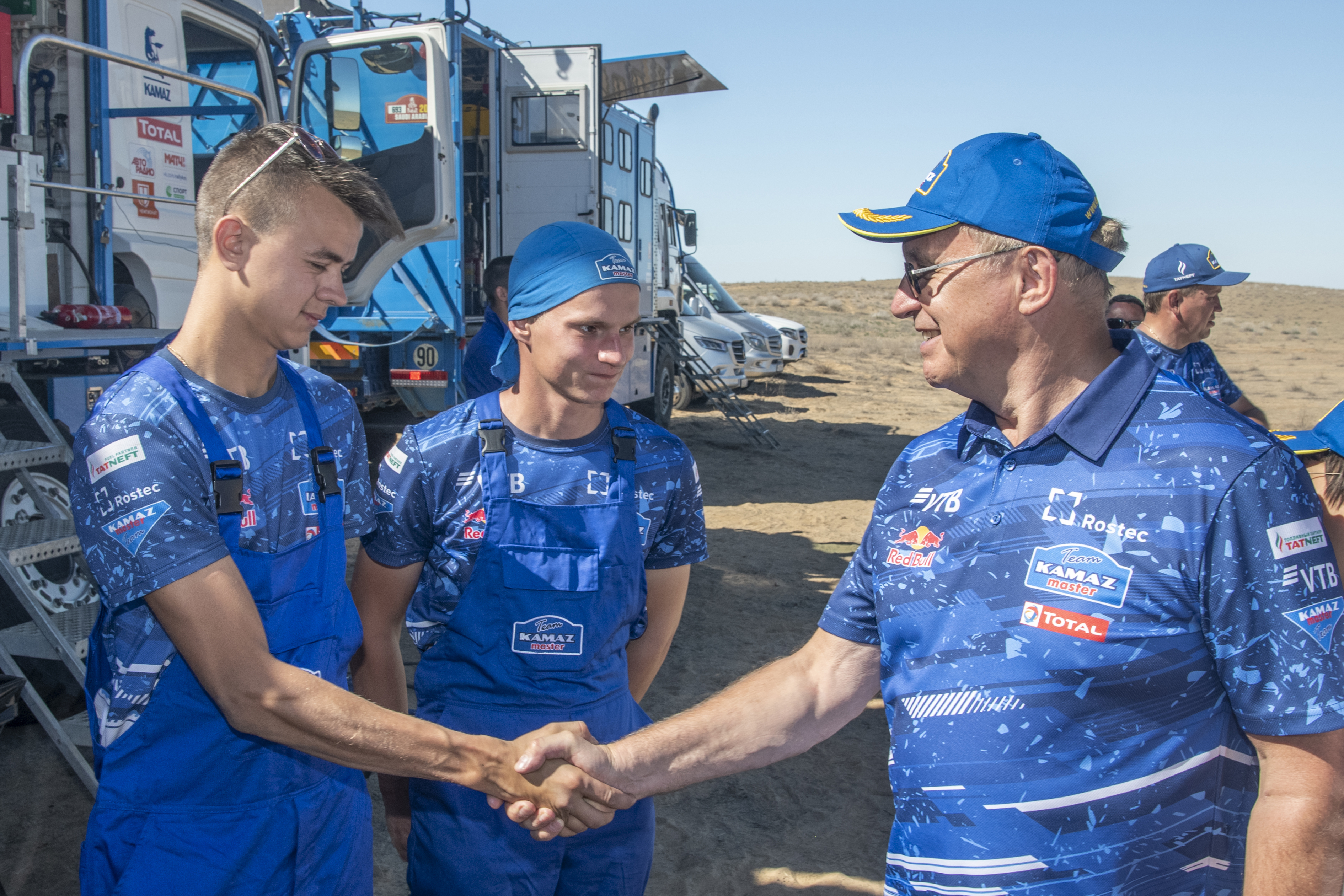 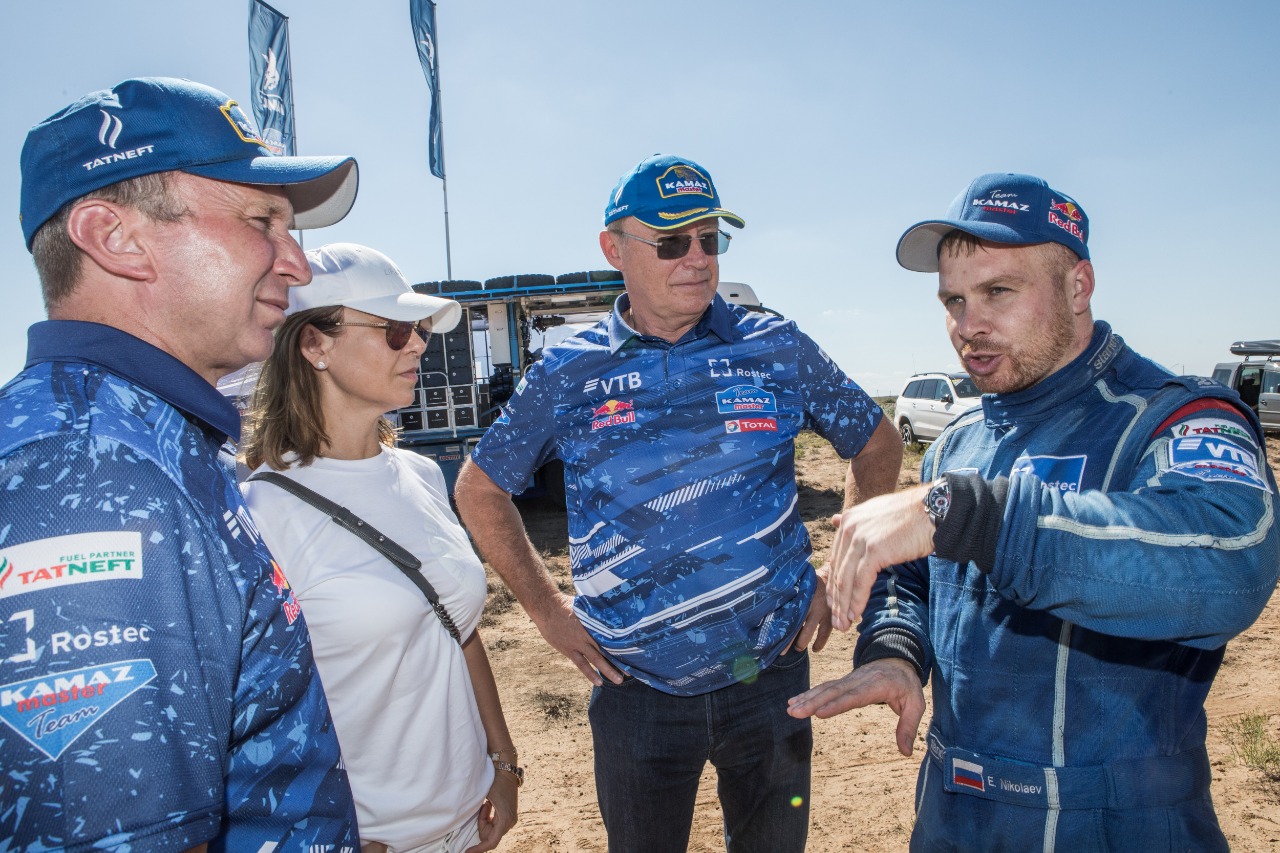 The Gold of Kagan Rally became the main testing race for KAMAZ-master before the upcoming Dakar 2021, that will be held in Saudi Arabia in January.

Upon the results of the race the whole podium in the truck category was taken by KAMAZ-master crews. 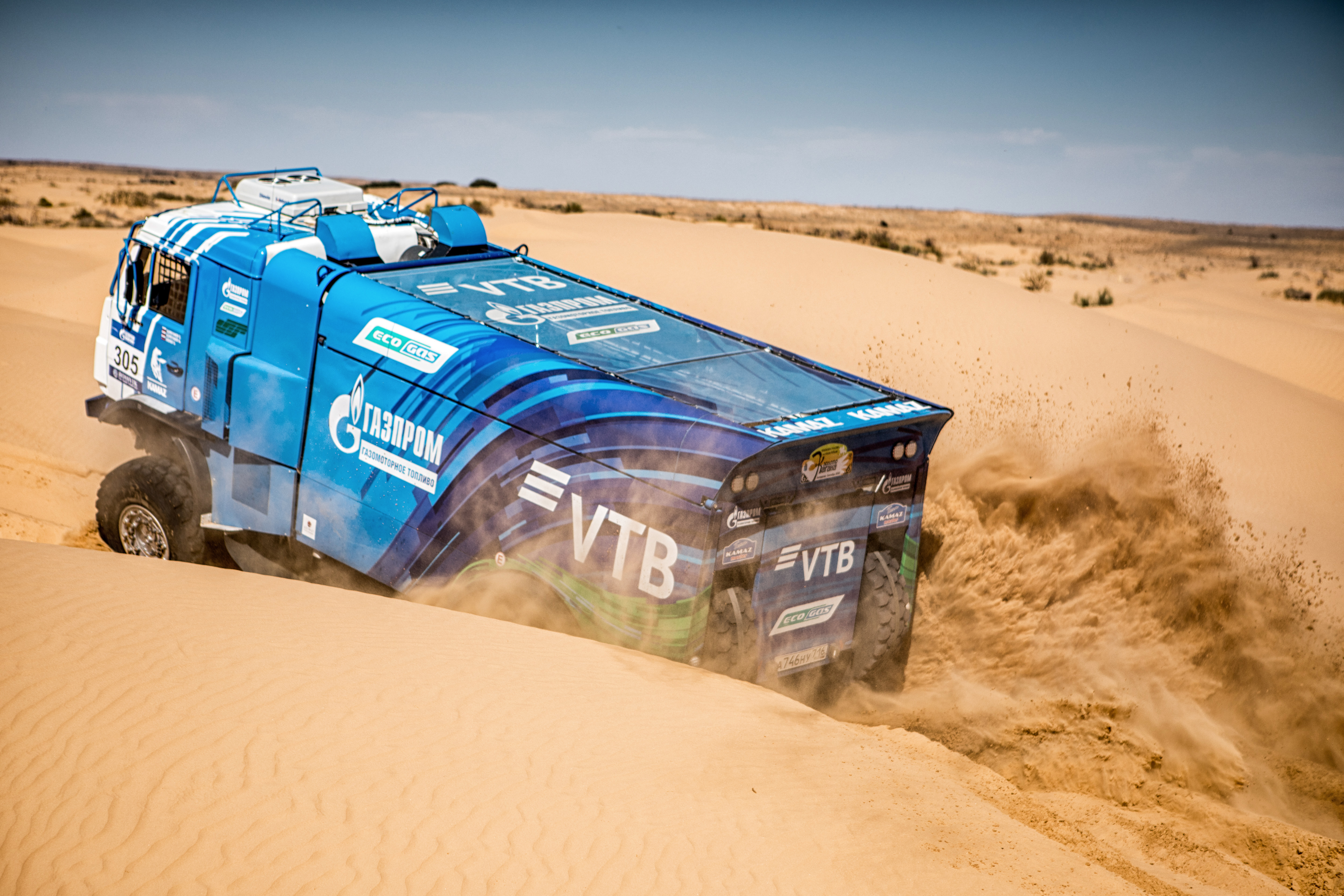 Dmitry Sotnikov, No 302, driver: “Today the track was bumpy, only in the end of the SS a fast road started. In general, the section was challenging with many navigation traps. The race turned out very diverse, returned to a four-day schedule and became full Astrakhan Gold of Kagan. We managed to find a stable pace, the whole crew did a great job. The co-driver Ruslan Akhmadeev didn’t make a single mistake in all days and it is great. The mechanic Ilgiz Akhmetzianov did a great job on preparation of the truck, without a single technical stop and as a result a stable fast work on the SS and a confident victory in this race. It is great to start the season after the Dakar with such results”.

Andrey Karginov, No 301, driver: “At high speed we crossed the roughness and got into the hitch, hit at the driver side and overturned to the right side, not hard, the truck was damaged at a minimum. Eduard Nikolaev’s crew was following us, he righted our truck, helped us. Driving away a bit, we felt that the left side didn’t “brake”, made sure that it was so - the front left tube was damaged. We repaired it and moved further. However, it was hard to catch a pace, we tried to drive faster, but carefully. A difficult track, a difficult day, as usually – there are no easy stages in Astrakhan”.

Eduard Nikolaev, No 300, driver: “Bonnet MAZ truck, steered by Vishnevsky, started rught after us but closer to the service point, already after we helped Andrey Karginov’s crew to right the overturned truck, we realized that we can’t get away from him, let the MAZ ahead, stood behind him and for a few kilometers were driving in dust. Without a stop we passed the service area, as we didn’t have technical problems and on the second part tried to keep after the MAZ. Today navigation was challenging, we lost the way a bit, had to make a loop, therefore lost a little time. The race was difficult, Astrakhan special sections are one of the hardest and it is not easy to keep the pace from the beginning to the end. If the crews pass this race, it tells about their readiness to compete in more serious competitions like the Silk Way Rally and the Dakar”.

Sergei Kuprianov, No 305, driver: “A striking day was today, first 120 km we were driving line-of-sight to Airat Mardeev, tried to keep pace with him, caught up MAZ, won this face-to-face competition – we managed to overrun him in the dunes. But one time trying to overpass a vehicle, we got into the hole, unfortunately, and punctured a heat radiator, therefore we had to stop for a repair, managed on our own and drove to the finish”.