The crew of B. Karimov is the third in the overall standings according to the results of the prologue of the Hills of Russia Baja.

On Friday, September 23, Hills of Russia Baja started in Ulyanovsk - the 4th stage of the Russian Championship in the car category and the 2nd stage of the Russian Rally Raid Championship in the truck category. The Russian Rally Raid Championship crossed the equator, and this time more than 40 strongest crews from 23 cities of Russia and neighboring countries came to the Ulyanovsk region to fight for victory. The day before, official tests for contestants were held in the Terengulsky area of the Ulyanovsk region. Most of the athletes took the opportunity to check and adjust their vehicles to suit the track. On the night before the prologue, mechanics had the last opportunity to check all the systems, make last improvements and adjustments, because already in the morning of September 23, mandatory pre-launch activities began: administrative checks for crews and scruteneering of sports vehicles.

The starting ceremony of the race was opened by the governor of the Ulyanovsk region Alexey Russkikh. After the solemn part, the crews crossed the starting point and set off for the prologue in the vicinity of the airport in Barataevka. According to the results of the high-speed and short (20 kilometers) special stage, the ten fastest drivers will have the right to choose starting positions for the Saturday stage of the race.

During the day, the sky was covered with clouds several times, which threatened to rain and could turn the 20-kilometer prologue into a slippery road lottery, but by the time of the start the weather cleared up and the sun in the eyes and dust after the vehicles that started ahead became the main factors influencing the results.

Eduard Nikolaev, acting as the team leader at the race, explained the tasks facing the team: “The team will perform in four crews. We have brought here a new bonnet truck, which will be driven by Airat Mardeev. Also, K5 truck of the crew of Andrey Karginov will toe the starting line. And we have two young drivers with us: Bogdan Karimov, whom many people already know, he has already passed not a single competition, and Igor Chagin is having his debut at the first race in a truck. Thus, at the race, we run in new vehicles, and young pilots gain competitive practice.”

Driver Andrey Karginov is sure that the race in Ulyanovsk will not be a smooth ride: “We are always for healthy rivalry, we are always sensible in evaluating our competitors, we cannot underestimate anyone, because everyone can show a good result. These are rally raids, we have to overcome several hundred kilometers. Yes, someone has more chances, but I think it will not be easy. Of course, I feel a great responsibility, because I have a proven truck and crew, so we will try to drive for the result.” 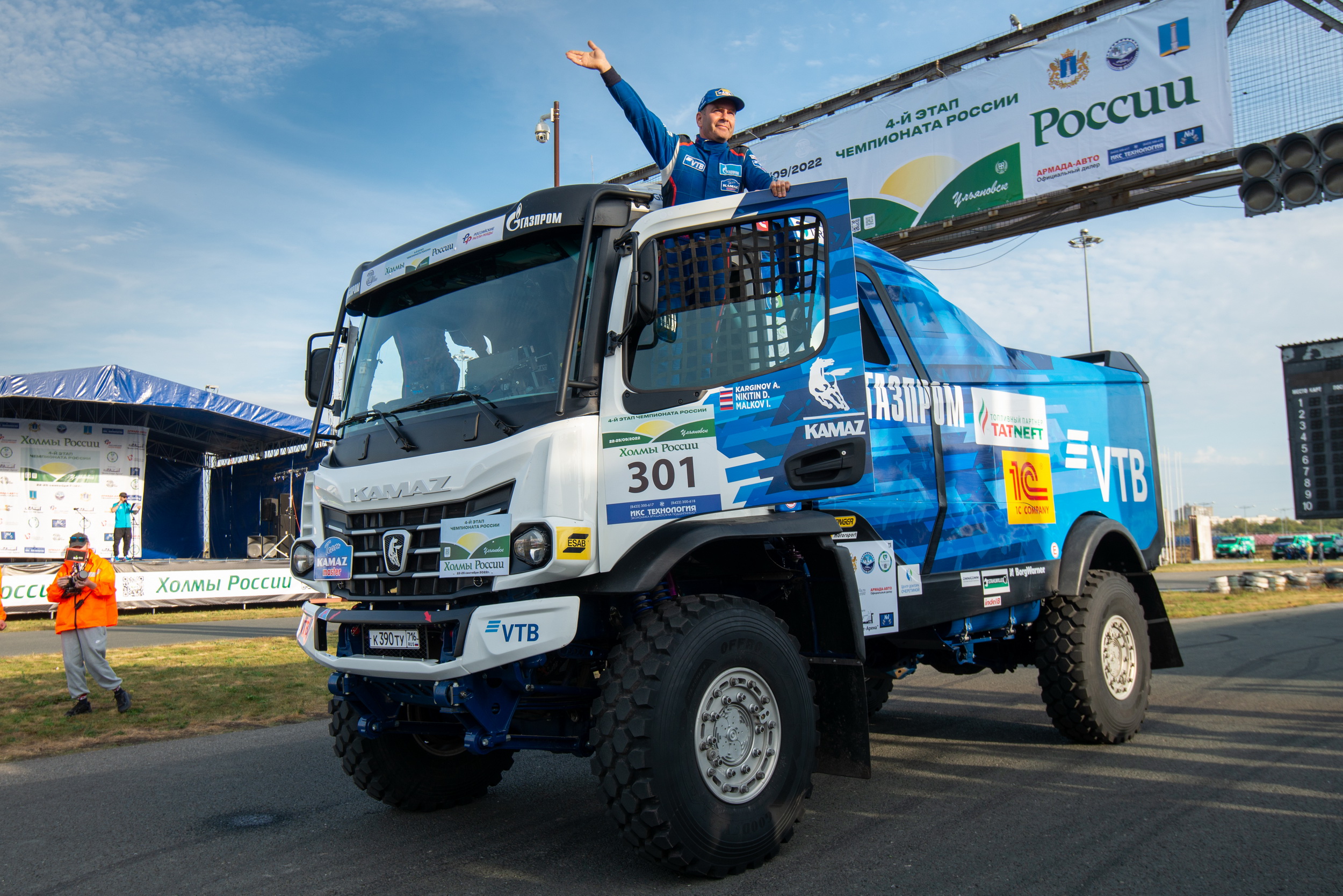 Driver Igor Chagin (23 years old), who has so far starred in the buggy category and is now taking his first steps in the truck category, aptly for a beginner, was modest before the start: “This is my debut, the first special stage. Now we are standing at the start of the prologue and I feel ambiguous, because in general there are no rivals for me, not because I am self-confident, but because the rest of the contestants in the truck category are much faster than me, and so far it makes no sense for me to fight with them. I have to show that I can reach the finish line safely, without breakdowns and accidents. In general, I am ready and I think I can handle it.” 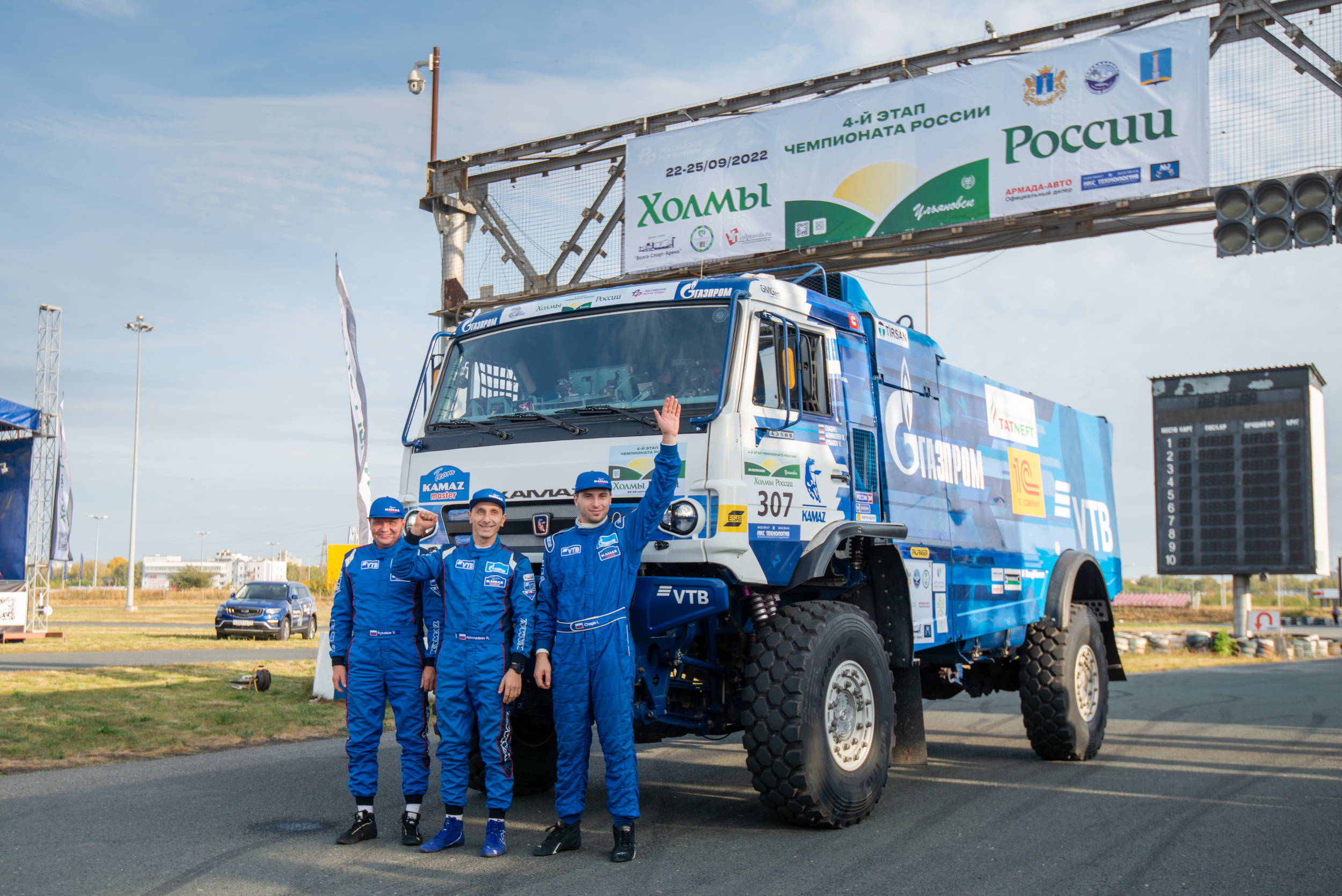 Another representative of the youth wing of the team, 24-year-old driver Bogdan Karimov, pleased his colleagues and KAMAZ-master fans by showing the best time in the truck category according to the results of the prologue: “There were very fast roads, high-speed and winding sections. We drove well, at our own pace, and tried not to rush and not to go slowly. Dust hindered sometimes, but there was no way around it. In general, we are satisfied, we drove very well.”

The experienced co-driver Evgeny Iakovlev, who reinforced Bogdan's crew and, in fact, was a mentor to his driver at the race, said after the finish: “As usual, the first special stage was always very fast, quite nervous, there were features of the written legend that you needed to get used to. High speed, dust sometimes interfered. In general, it was a good first special stage. I am pleased with Bogdan’s work and his ability to listen to the navigator.”

Good teamwork in the Karimov-Iakovlev-Krenev crew allowed the KAMAZ drivers to become third in the overall standings of the race - they lost just over a minute to the crews of Denis Krotov and Vladimir Vasilyev, recognized leaders in the car category of the rally raid discipline.

Of course, journalists who were waiting for the crews at the finish line were interested in the opinion of Airat Mardeev about his new bonnet KAMAZ. “We have passed the prologue. Everything is good. It was a good special stage: fast, along the fields, with sharp turns. Today we did not try to show any result, we drove in a steady way. After the start, we ran into the dust, Siarhei Viazovich went somewhere to the side, due to which we drove closer. Nevertheless, we made a mistake in one place and drove by a turn and had to turn back. We had no problems with the truck. Tomorrow is a long special stage, we'll see how the truck performs on it."

For the Belarusian Siarhei Viazovich from MAZ-SPORTauto team, it was from the Ulyanovsk races that the path in rally raids began. In an interview with the organizers, he noted: “It happened so that my first race for MAZ-SPORTauto was in Ulyanovsk in 2012. It was not easy: it was raining, wet and slippery, and after 10 years we’ll see how we manage to perform. We don’t have any illusions, our rival is quite strong. Our task is to show the maximum possible result. Here the roads are a bit different from those we usually encounter: high-speed field instead of the usual sands and impassable roads. We still do not know what order will be. The race is short, you have not to get lost, not to break down and keep a high pace. We applied three truck, because the race is quite budgetary comparing with big marathons. In addition, we have a new driver - Vitaly Murylev, who had only driven one or two races before". 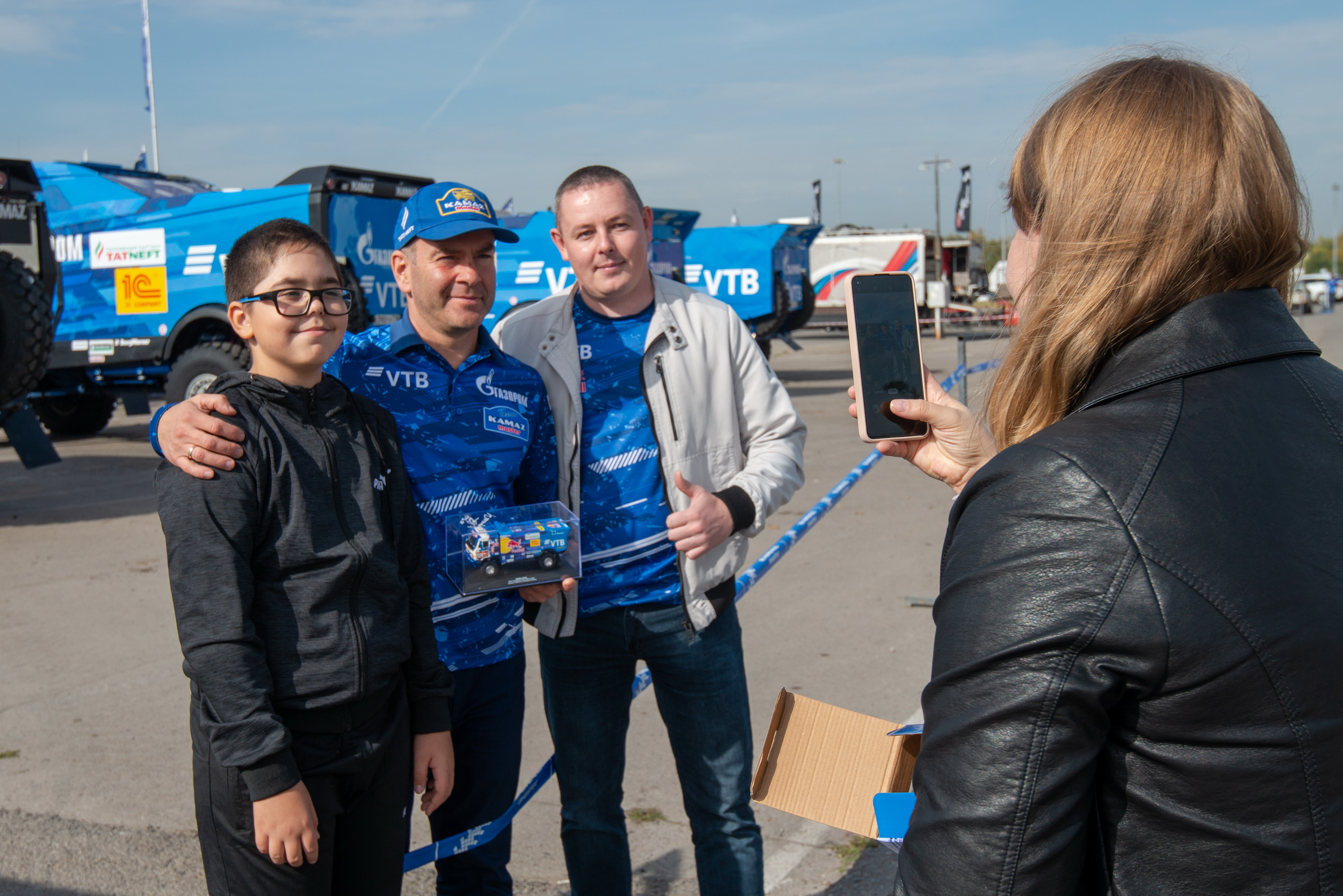 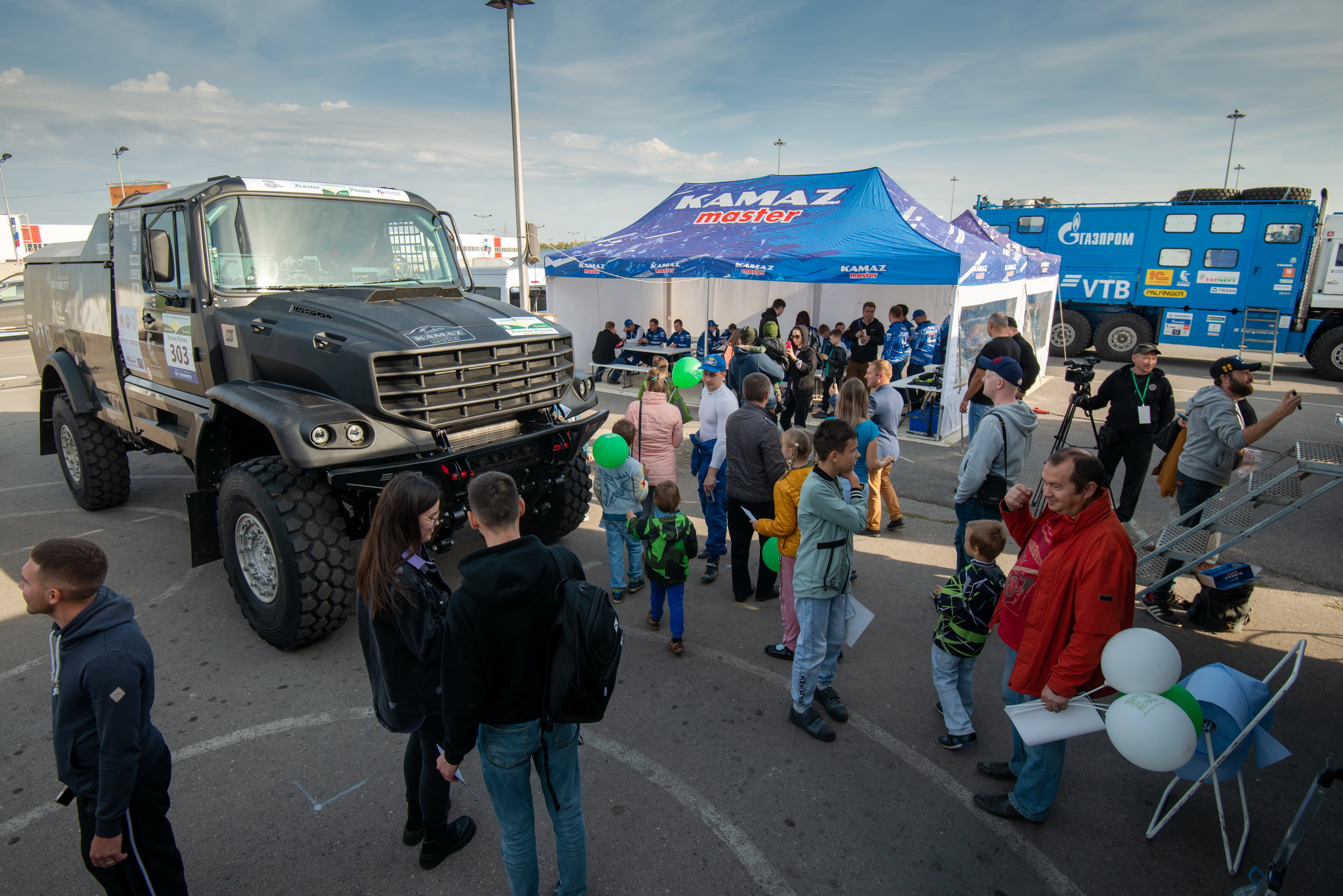 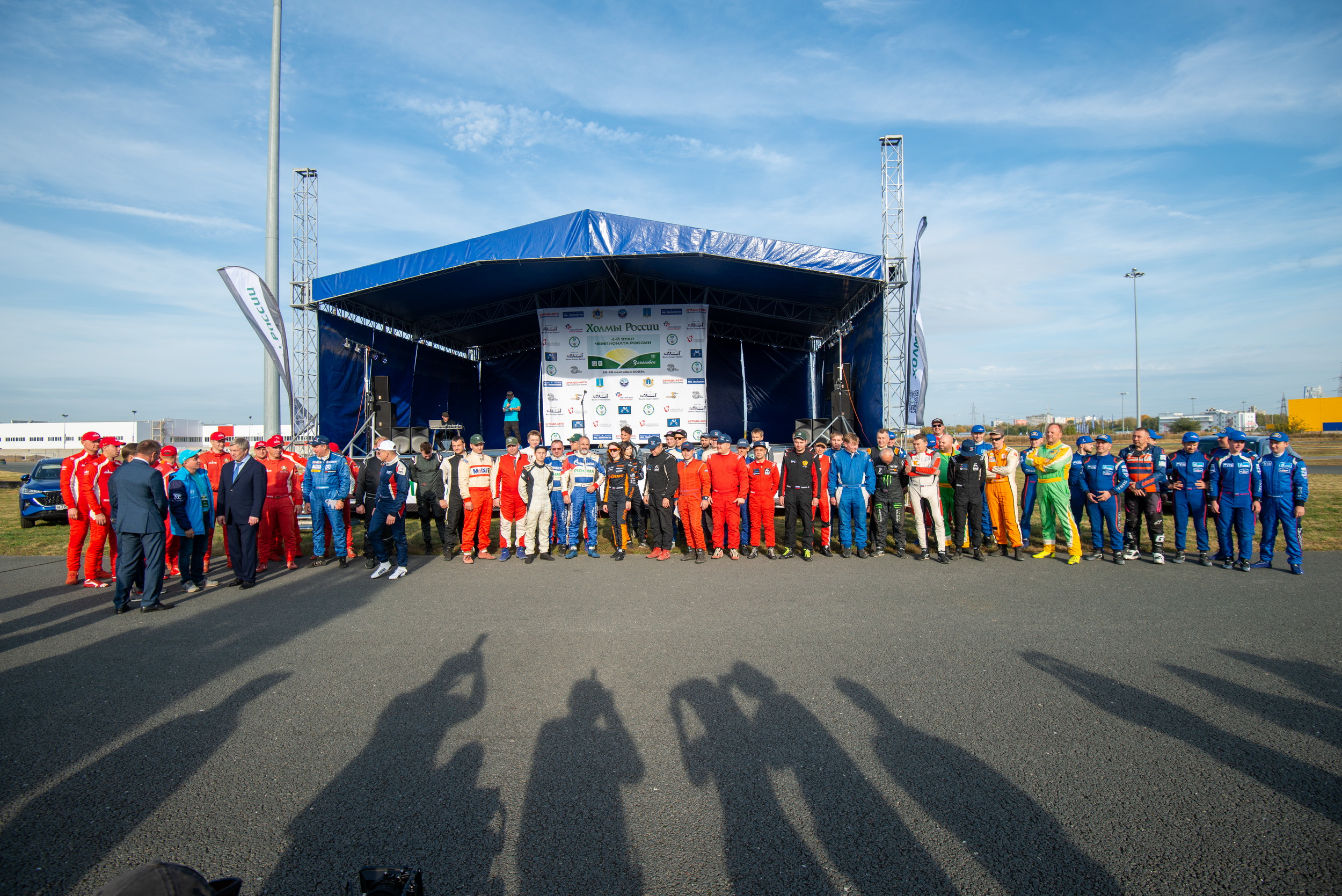