September, 10. Astrakhan. 272-kilometer special section of the second stage of the Gold of Kagan was mapped along the left bank of the Volga river. In order to get to the start of the SS the race contestants had to overcome 74 kilometers of liaison towards the Dosang village region. By the way, it was the first time in the Gold of Kagan history when the start was organized here.

Landscapes of this part of the route were especially challenging – appearing on the bumpy terrain hardest shaking exhausted crews and was destructive for vehicles. There also were quite a lot of fast sections. Moreover, the route specialists ensured contestants to get into a few sand areas. A long-awaited finish was in especially beautiful in this time of the year Astrakhan savanna. 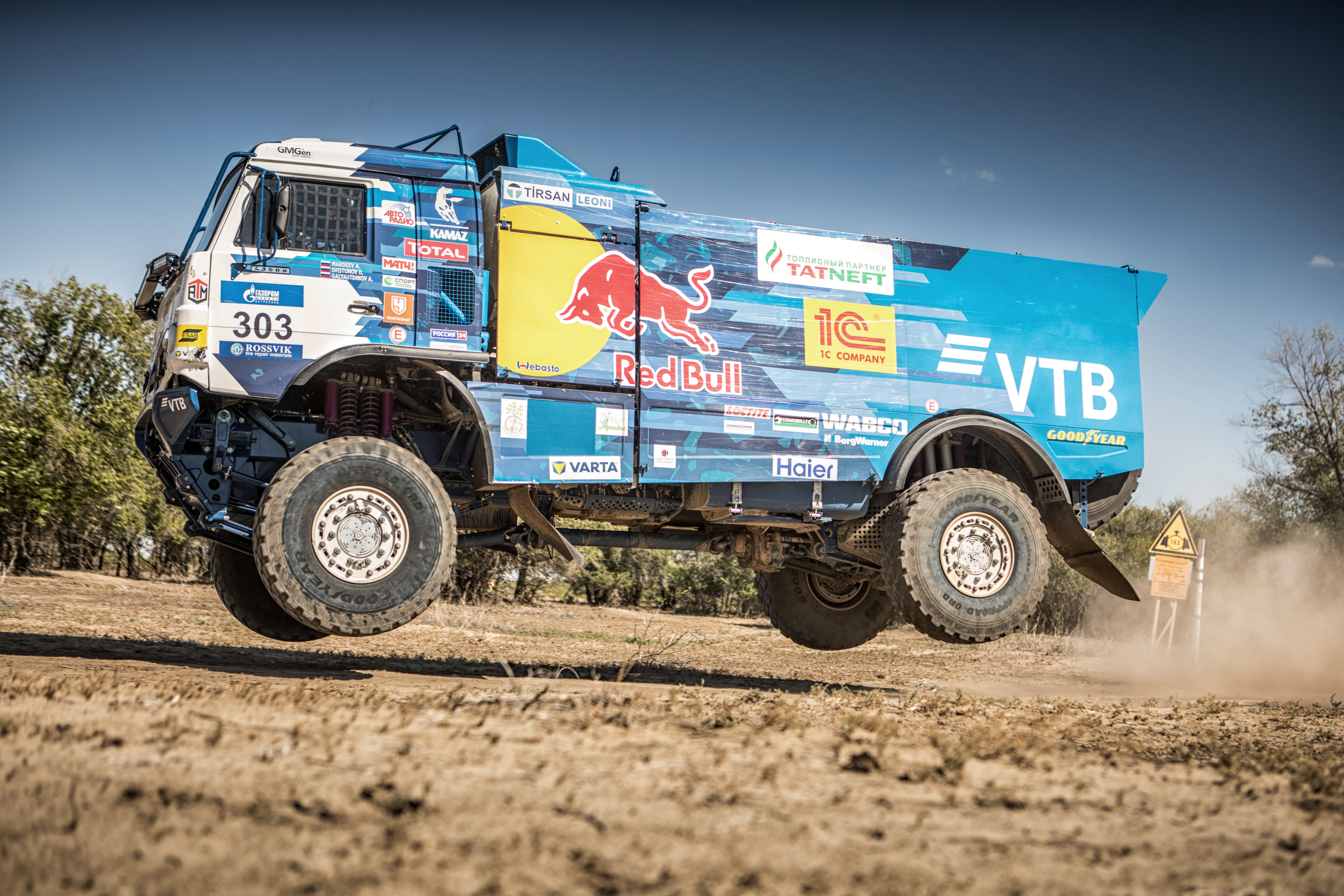 Reports from the route were full of messages about often stops. Therefore, the foreseen service point on the 150th kilometer of the track came in very useful for many contestants.

At the end of the day the best time in the truck category was shown by Dmitry Sotnikov’s crew.

Andrey Karginov, No 301, driver: “A real race finally began. Due to the pandemic we overstayed at home. It feels that everyone missed the competitions. Astrakhan routes are certainly quite familiar, it is not the first year we drive here, therefore we knew that the stage would not be easy and we need count forces correctly. A lot of humps, springboards, invisible potholes, thereat the road instigates you to drive fast. Considering the period of inactivity, we tried to drive carefully, not to make mistakes and lose the truck. It was important to find a pace, roll in, recall. Suspension got overheated and the work efficiency reduced. We want to thank the organizers for the well-defined road book. We are happy with the first day but two more days of the race are still ahead.” 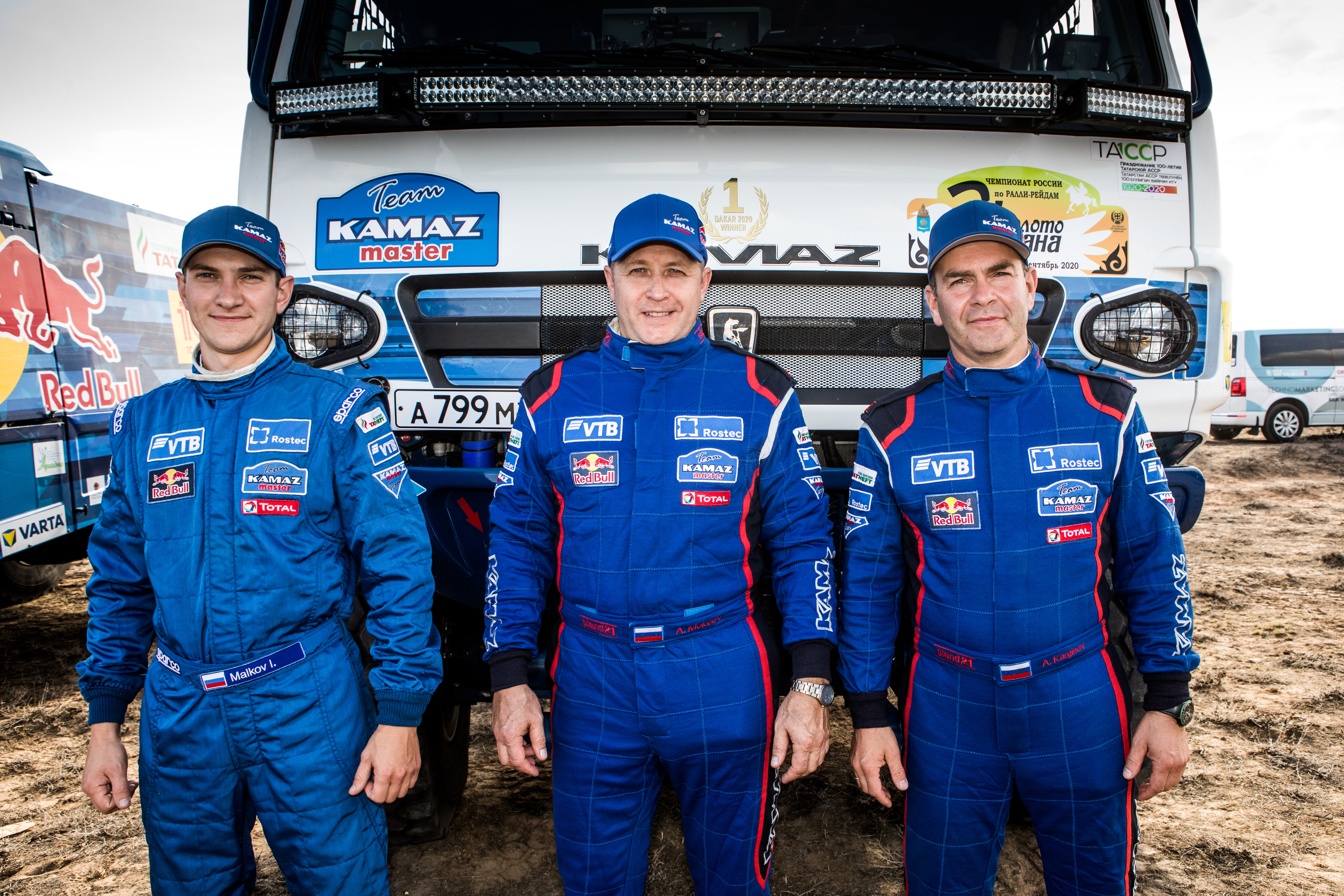 Sergei Kuprianov, No 305, driver: “Today was a very interesting special section, the real thing for our truck, because this truck modification has a well-balanced suspension. Moreover, loose soil is almost on the whole special section, the real thing for the gas-and-diesel vehicle. At first we were a bit careful after yesterday, but already on the 60th kilometer we rolled into the race quite well and the whole special section passed in one breath, without stops. We understand where in the future, not now, we can speed up, therefore we are very satisfied with the result.” 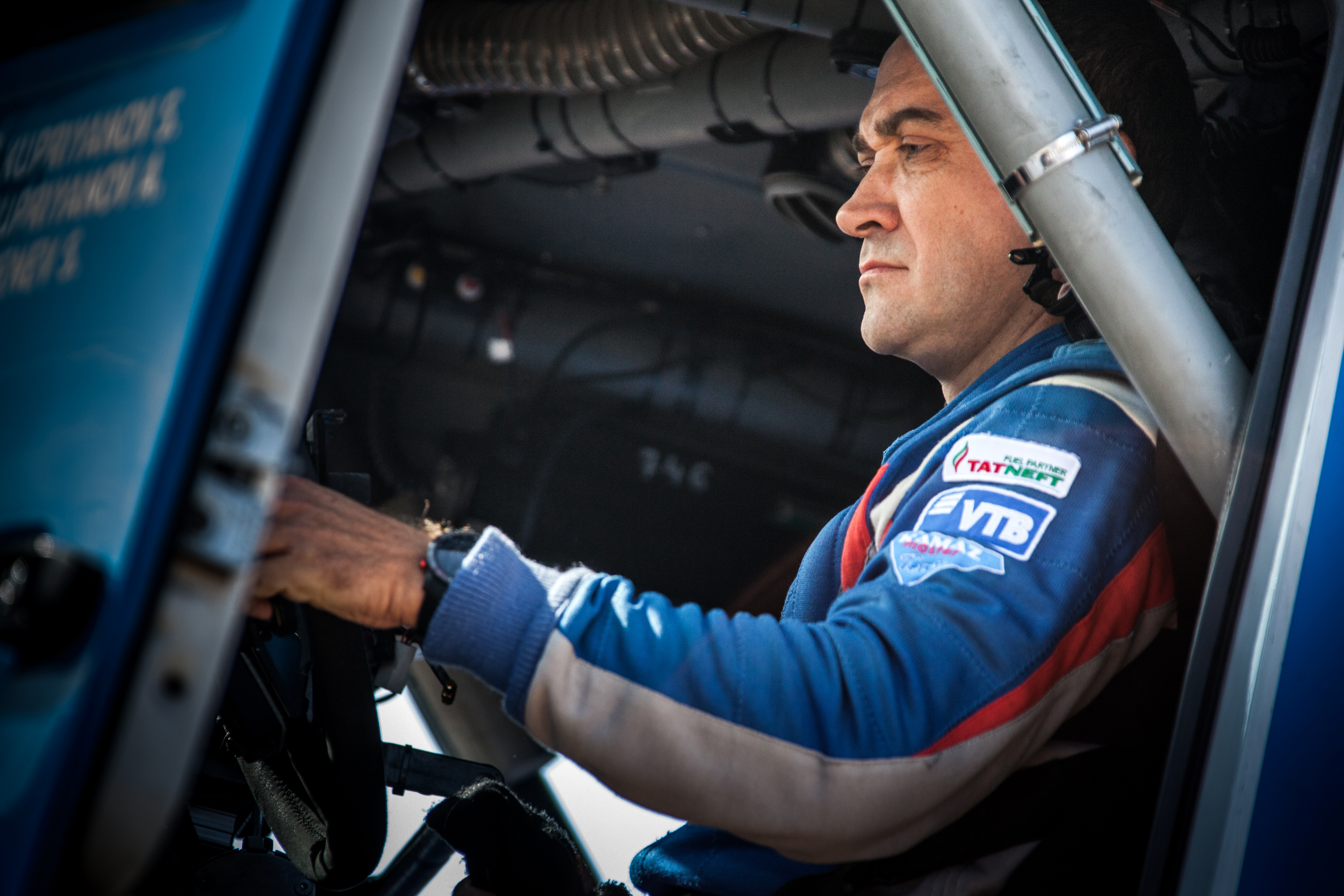 Dmitry Sotnikov, No 302, driver: “We were third at the start, Denis Krotov’s car and Andrey Karginov behind him were ahead. We went to the track in two minutes after Andrey. But reached him quite soon. On approximately 80th kilometer he let us ahead, in about 20 kilometers we overran Denis Krotov. They had a hitch in navigation. After the service point we drove alone. It was a last-year special, a lot of overgrown traces and the second half went along a very badly seen road. We had to literally fight with the steppe. A lot of animals – hares, foxes. Therefore, it was not boring.” 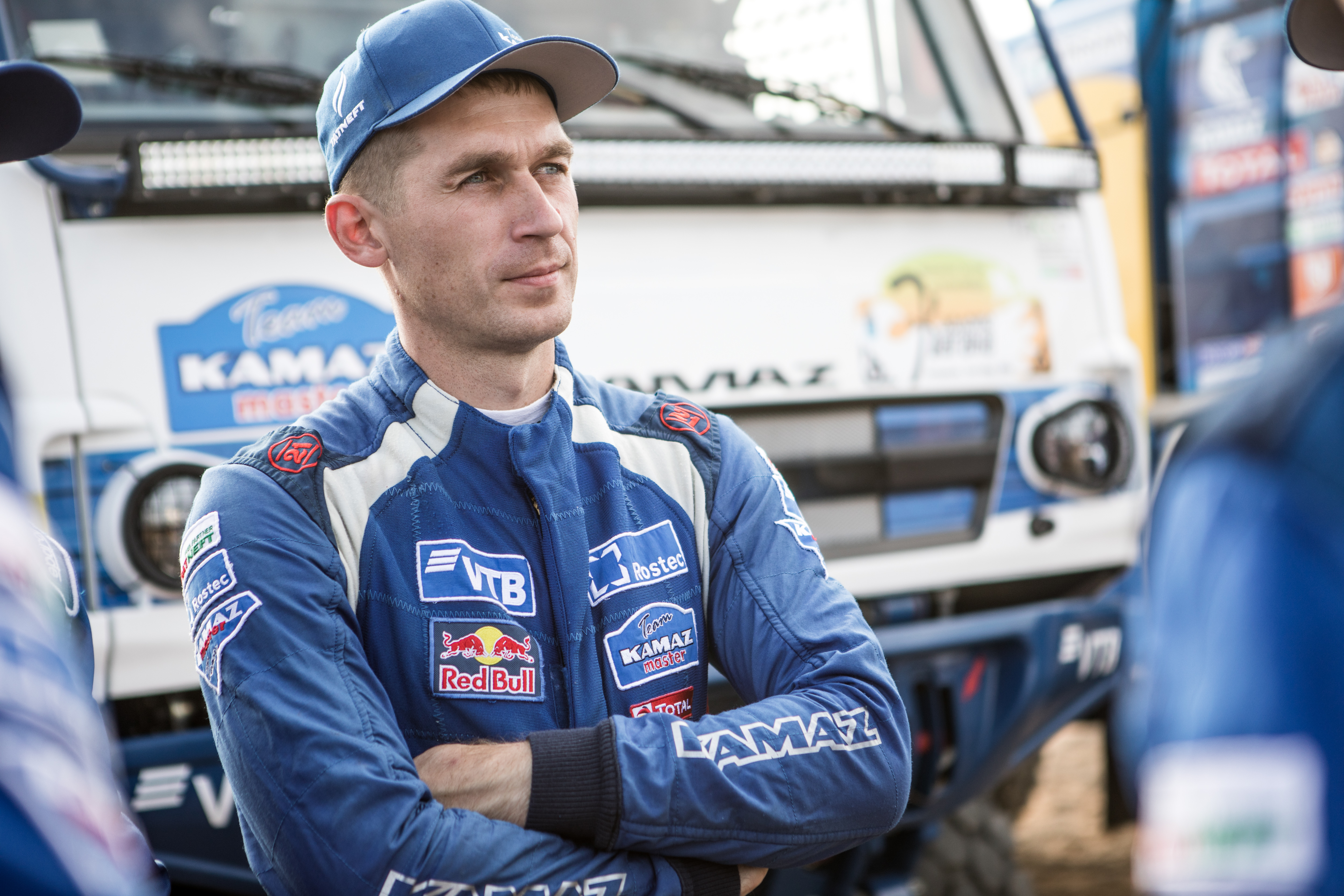 Airat Mardeev, No 303, driver: "We started well, but soon noticed that we had the lack of power, the engine went slower than in recent days. We thought that it was due to the soil, the road was well ploughed up. But when Eduard caught us up, on approximately 76-80th kilometer, we passed him ahead, I tried to keep behind him, but felt that on the areas, with hard loose sand, he drove ahead. When strong impassibility began, we caught up Eduard again. We hoped that the problem was not in the engine – we were driving well and at the same time the boost, power almost totally disappeared. The truck practically stopped. Examining the truck, we realized that the turbine was broken. We started to change it, but it was not easy to do in steppe conditions, when the engine was hot. There were problems with installation of the new one: due to high temperature the bolts strained a bit and we lost time on it. We went on, the speed became faster, we were stopped at the service point in order to run an eye over it and stood there for 6 minutes. All was ok but literally 70 kilometers before the finish we felt strong strokes in the cab suspension on the right. We stopped, saw that the shock-absorber was broken down. It was in place, but all the liquid leaked out and it didn’t work at all. We had to change the pace otherwise we could break the suspension completely. We slowed down and reached he finish. If to take away all stops, we had a quite good pace. Unfortunately, the breakdowns didn’t allow us to show a good result, but two more days are still ahead and we will fight. Now all those “sores” need to be cured to prevent them later on the Dakar”. 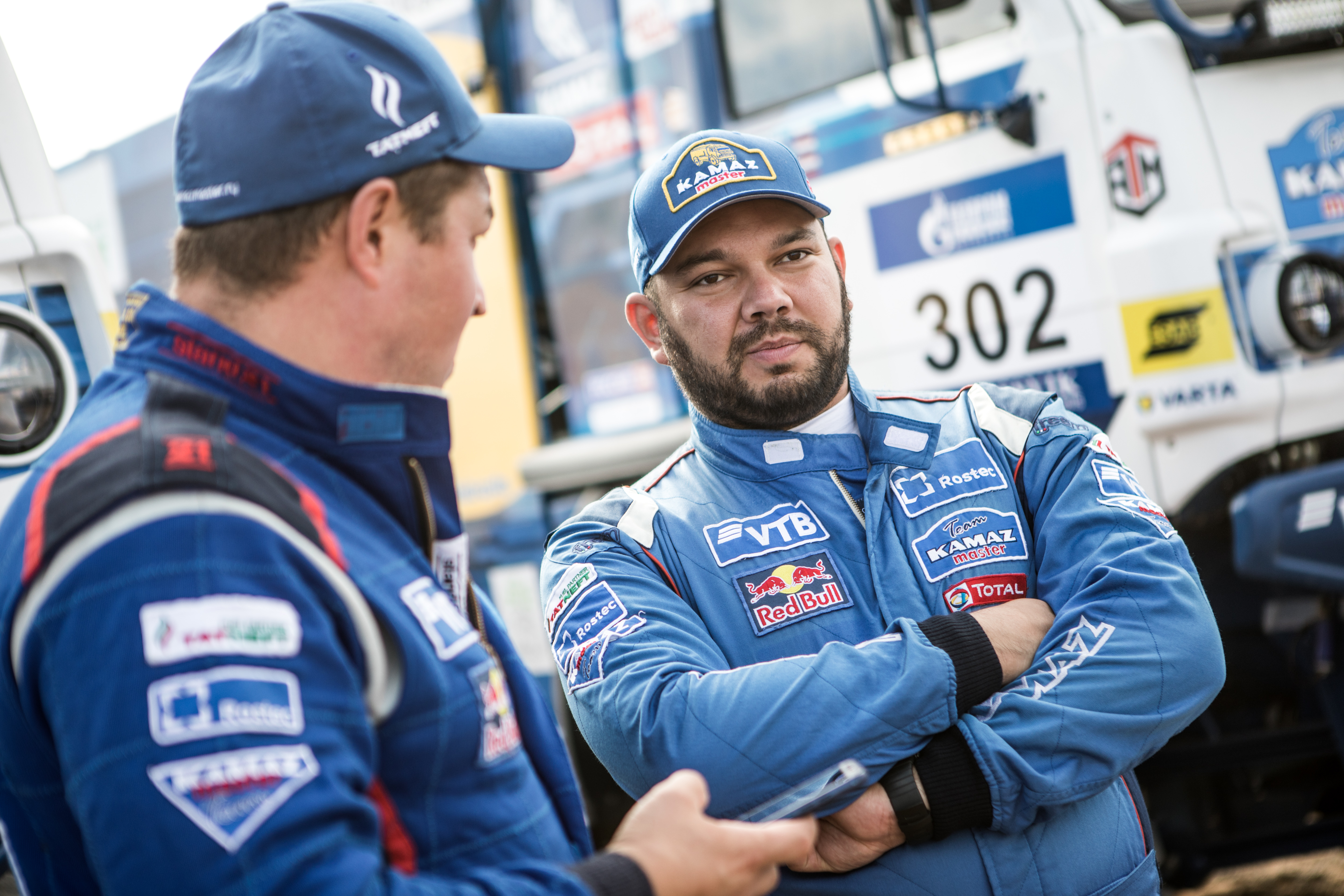 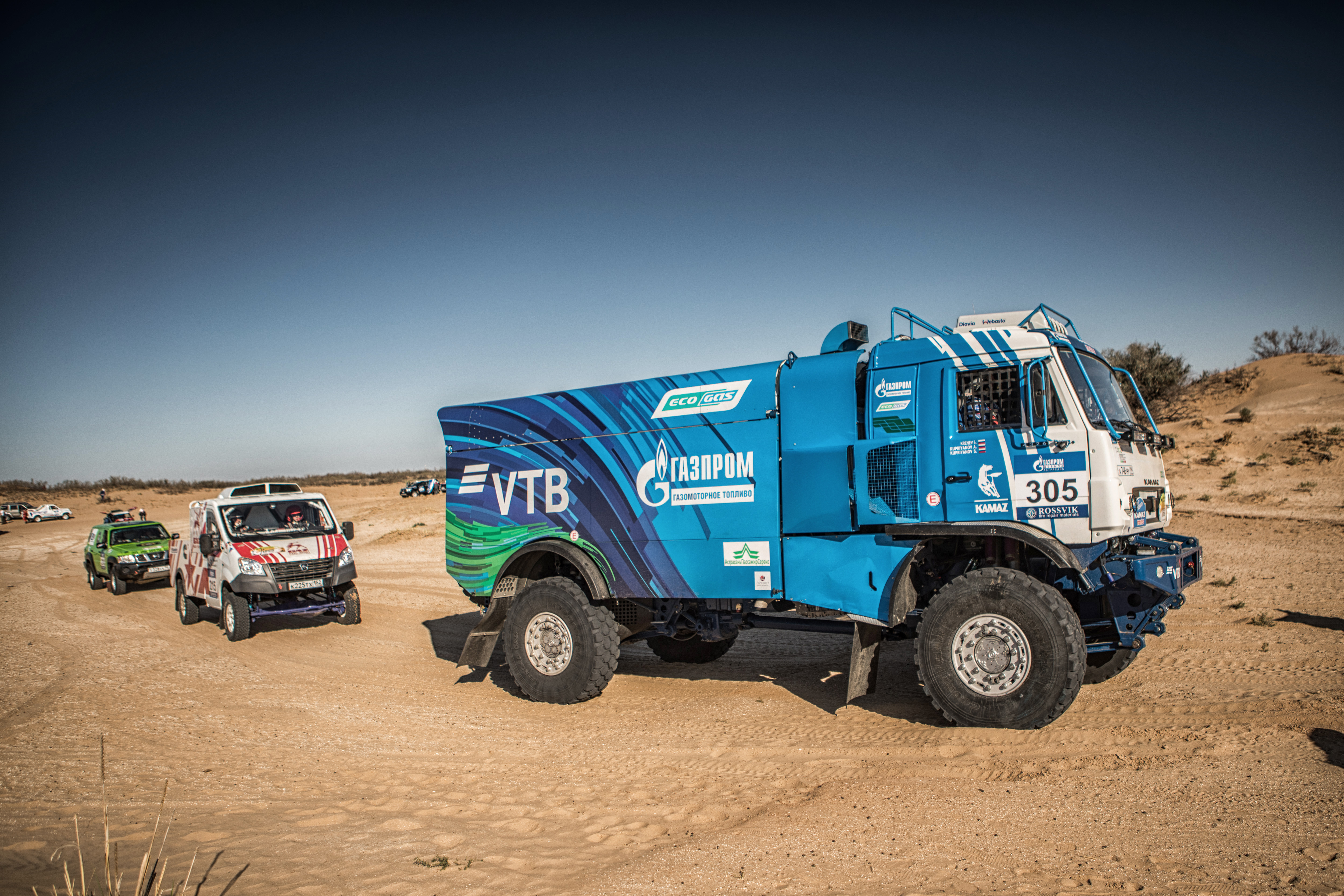