Central Russia, hills, forests, groves, field roads... Two hundred and seventy-one kilometers of the special section of the second day of the race "Hills of Russia" fully reflected the name of the competition, taking place these days in Ulyanovsk. All this beauty was slightly reduced by the organizers, who decided to cut off the final 21 kilometers of the race and record the results of the second stage at the 250th kilometer. The reason was erroneous coordinates of control points in the memory of navigation devices provided to the race participants. More simply, in the region of 255 kilometers, the contestants, who started first, began to waste time spinning circles in search of a navigation point. The situation threatened to turn into an "anthill" of vehicles, trying to take the point. 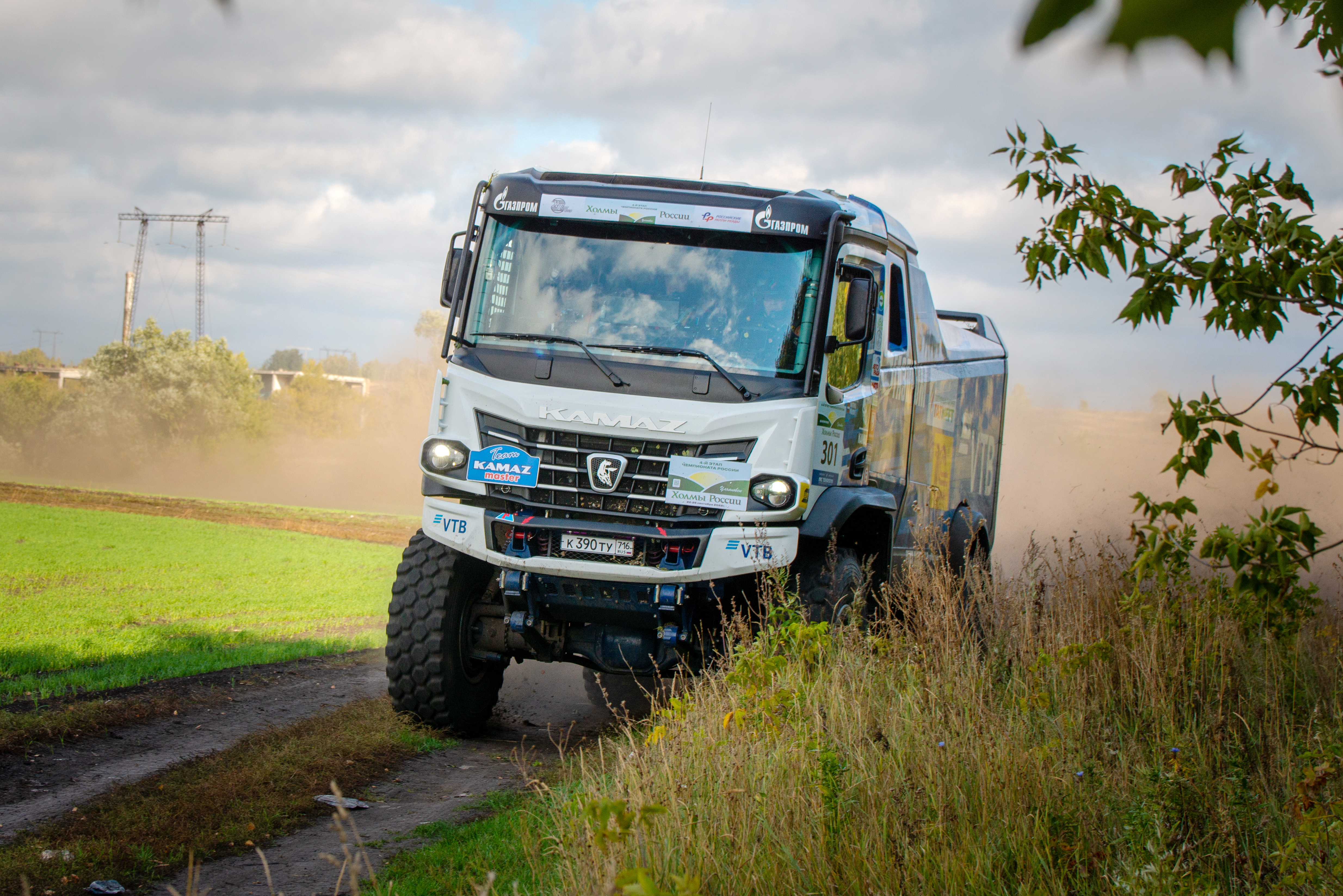 The rest of the stage for KAMAZ members went without surprises. Unless the crew of Airat Mardeev was let down by a steering damper that broke off on the move and a generator that had already failed from the start. The fact was that due to the need to save financial resources, when assembling the new KAMAZ bonnet truck, used components and assemblies were installed, that had already passed several races before. At first, the driver felt that there were problems with braking. At some point, the crew even had to back out and return to the road because of the missing brakes on the turn. Then it was followed by an explosion of the right front wheel. The torn damper first cut off the brake hoses and then rubbed the tire, causing burst. The crew stopped. The wheel was replaced, the damper was removed, and then Airat had to drive the truck, withstanding unpleasant and dangerous steering strokes.

Immediately after the finish the mechanic from Bogdan Karimov's crew Sergey Krenev shared his first impressions from the stage: “From the very beginning and almost to the finish line, we kept a good pace. We drove exactly according to the legend. The only thing was that after 20 kilometers there was confusion with the points, perhaps it was some mistake of the organizers. There we lost time, but quickly got our direction and drove to the finish line. We met Andrey Karginov, apparently, he was also trying to take the point, he was still not at the finish line. There were no technical problems, the truck drove at a good pace, although the track was not easy, there were numerous pits.” 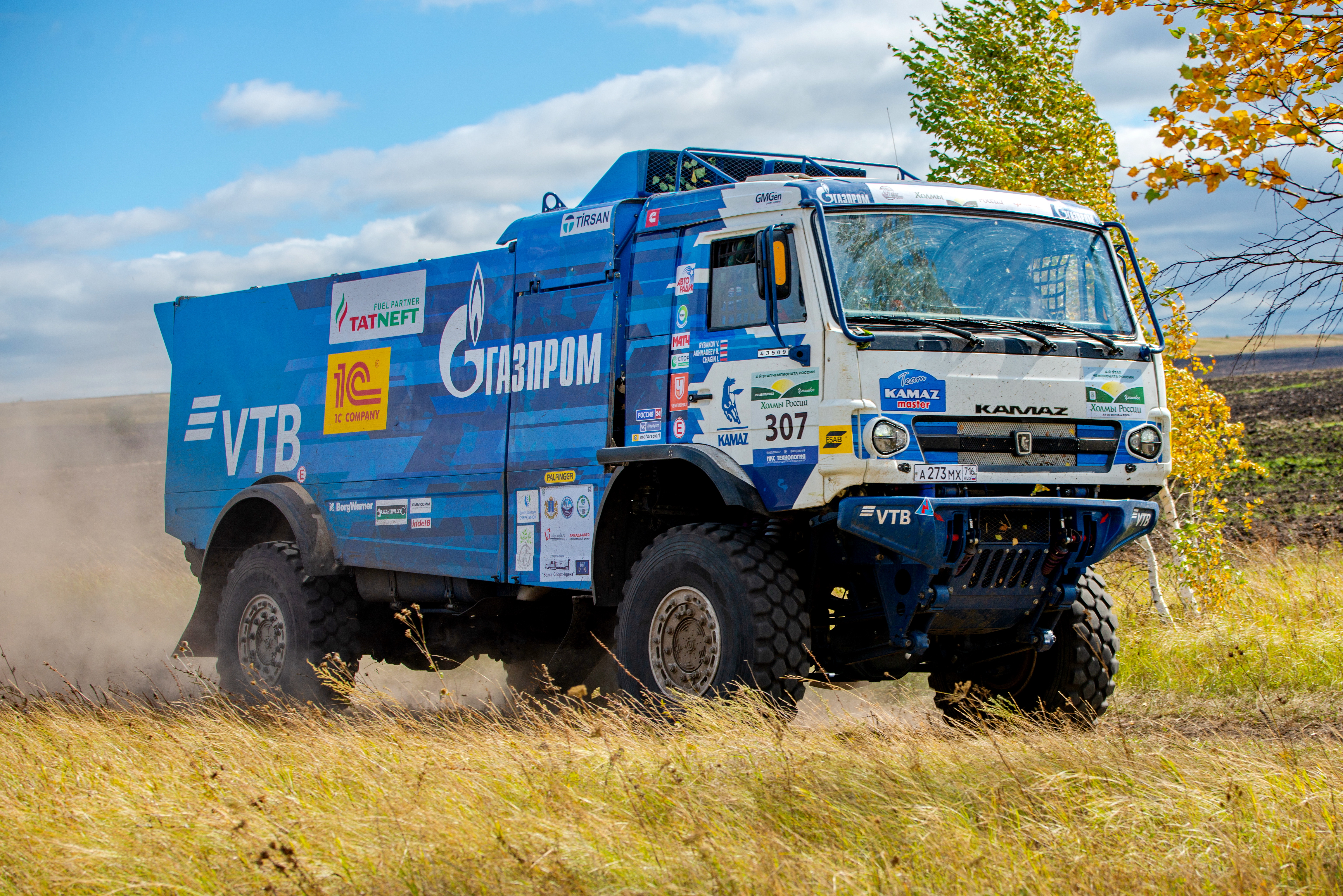 The crew of another young driver, Igor Chagin, demonstrates excellent teamwork on the track.

“Today was a very winding area, with grass, a lot of trees and branches that hit the windshield, very narrow roads. It was a very good training for me, today I felt dimensions of the truck like never before, how it behaves at high speed and in turns. Of course, it was very difficult for me, in contrast to the buggy races, this was already a rather big special stage in terms of kilometers. I've ridden a lot of buggy races here, passed many familiar places. In my opinion, we have a wonderful crew, I tried to listen to my co-driver Ruslan Akhmadeev. He is a professional of the highest level and it is a pleasure to work with him.”

Ruslan Akhmadeev: “At the 258th kilometer, the organizers slowed us down and said that the race was stopped at the 250th kilometer. After one of the bindings, the point did not beat and all contestants began to search for it, wandered and lost a lot of time on this. The organizers did the right thing, they stopped the race a little earlier, so that later there would be no complaints that people were looking for a way through the fault of the organizers, who incorrectly dotted the references. My driver, Igor Chagin, has a good experience in driving a buggy, he is a candidate for the master of sports of Russia, but still, KAMAZ and buggy have a huge difference in weight, in dimensions, in the presence of a third person (mechanic). But he learns, rides at his own pace. This is his first long special stage over 250 kilometers in length. He was tired because in buggy races he used to ride short special stages of 90 kilometers with a rest. I think he should move, practice more and grow.”

The best result in the truck category was shown by the crew of the Belarusian Siarhei Viazovich (02:41:37). Andrey Karginov was second (02:42:26), the third was Bogdan Karimov (02:42:59). The crews of Igor Chagin and Airat Mardeev showed the 10th and 12th times respectively. 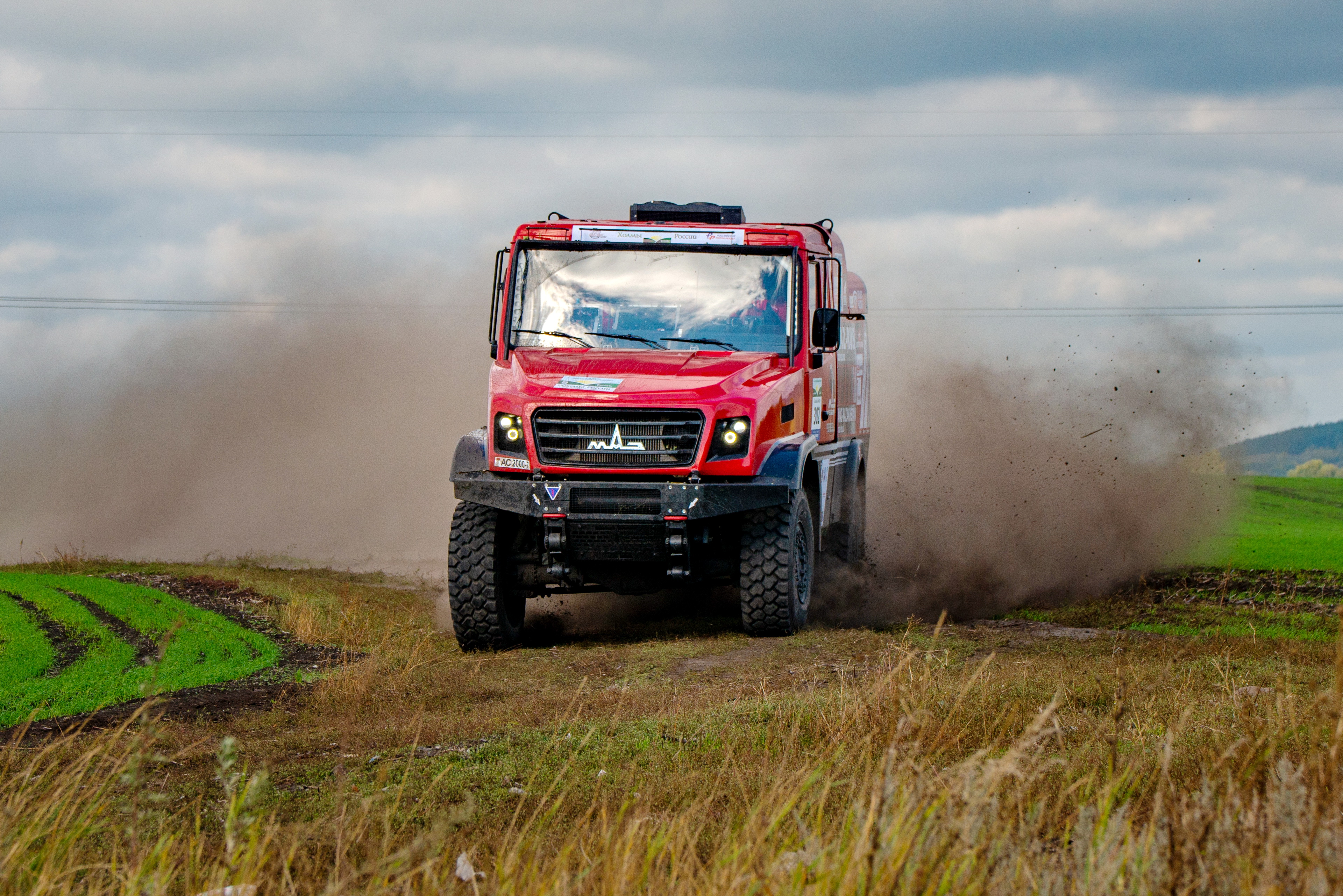 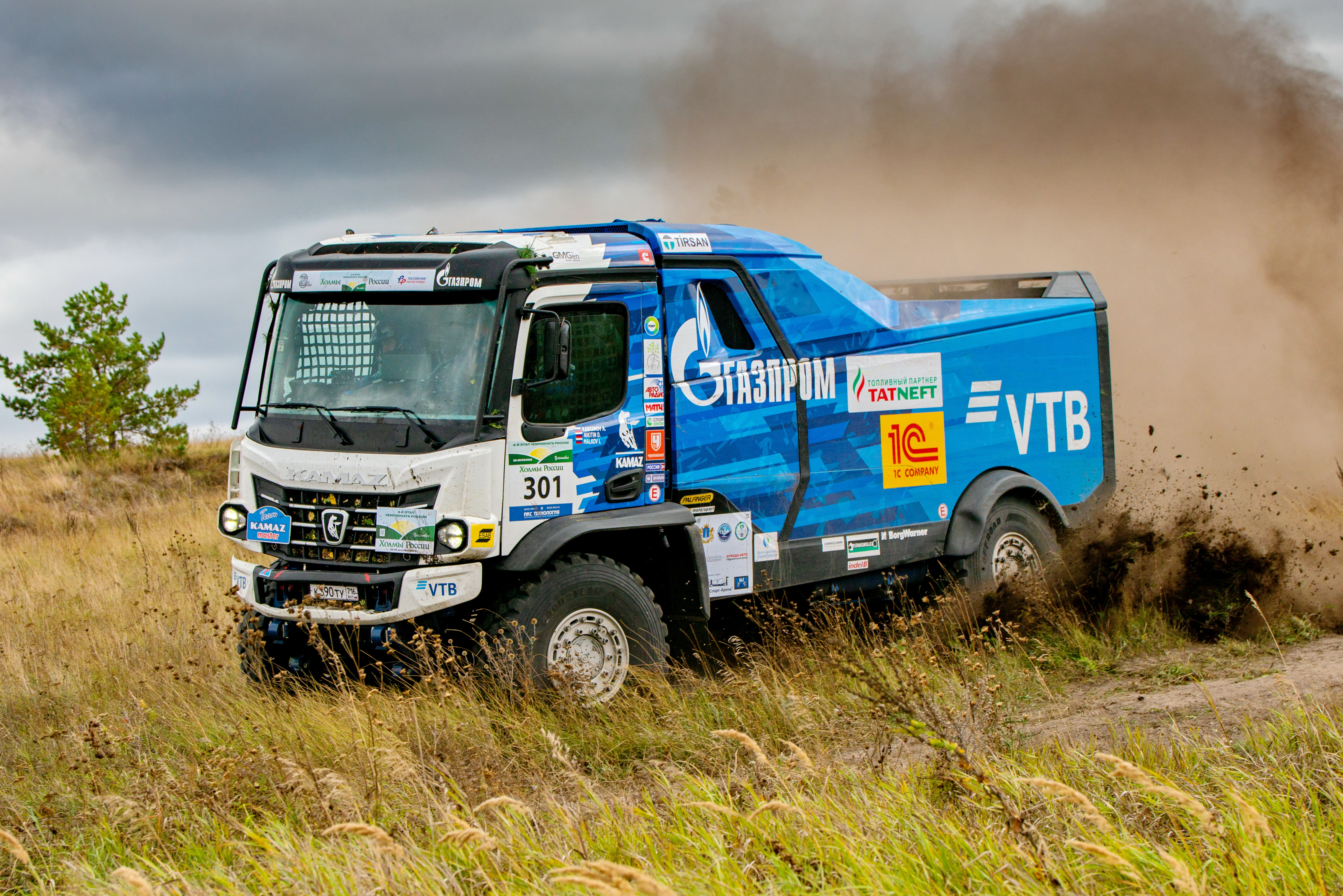