Africa race: from Almeria to Morocco 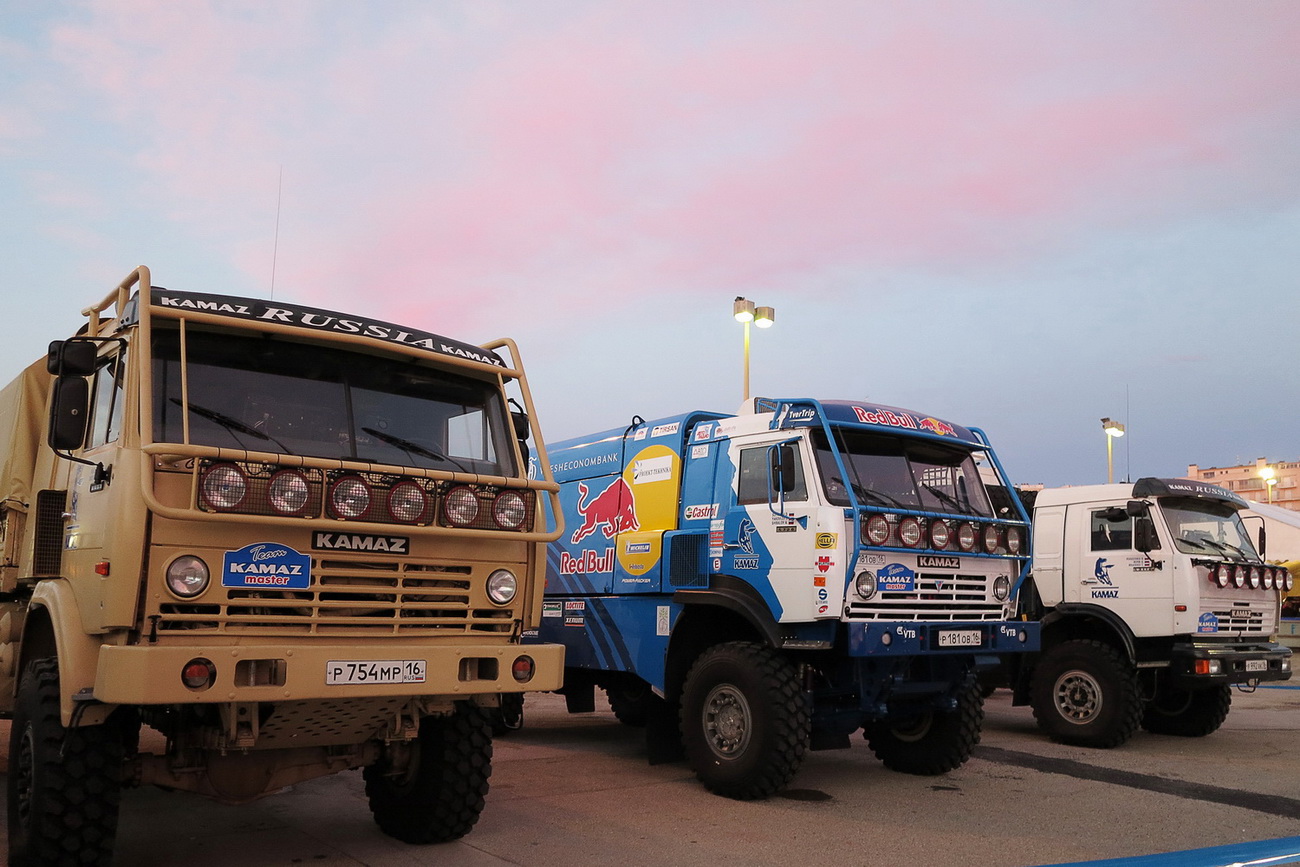 December 29.
8:04. Ferry from Almeria to Morocco
Yesterday we hadn’t a briefing; the starting time of the first stage wasn’t announced. We were a little bit confused when we went to sleep – we hadn’t the important information ... When we asked "when the SS will start?", somebody answered - "as early as possible." By our own experience of last few days, from the morning we followed René Metge all the time, waiting for a briefing and finally we could speak to him. Oksana was scribbling notes about the changes on the route - CP1 was canceled, CP2 was moved, the course was changed to the opposite... In addition he announced about the night liaison and repeated that the first stage will start "as early as possible".

Our crew in full was in close proximity to the speaker, and we could hear how Dima Sotnikov was translating remarks from English. I do not know how many people were at the briefing, but it seemed that no more than 20% of competitors. At the end of the briefing we gathered together, sharing valuable information with other Russian-speaking friends.

Almost immediately after the briefing the unloading from the ferry began and our sports truck KAMAZ came to earth of Morocco one of the first. It seemed to me that, unlike us, others treat all these uncertainties quietly and even enjoy this random motion. On the Silk Way Rally we tried to provide to competitors maximum information, and changes in the route were given to the crew in writing and the head of the race was guided by the principle of "we have to talk so that everybody could understand us." In general, the "Africa Eco Race" is a different reality. We are gaining experience and the first lesson is to gain information by any means.

11:08 Melila, border between Spain and Morocco

Well, only 3 hours and we finally got our passports. The first two passports were ours, and among the last ten also there were two ours. And so we had to wait. Concerning journalists, authorities talked to each of them separately, asking about the edition, shootings, photography. The organizers, in reply to the question "why it takes too much time," said that it was only at the border, and then everything will be all right. We politely pretended to believe.

Suddenly there was a vanity, strange people on scooters hiding behind cars. Experts explained that this is a popular method of border crossing for the outcasts. More often they hide in the wheels, on the roofs of trucks; drivers do not even know that they transport illegal aliens.
We came to the exchanger. The employee took the money, counted it, and then returned it with the following words: "We have no money, we don’t make the exchange." Oksana said: "Can you exchange some?" The girl: "We have no money." Oksana: "But why did you count our money? Brilliant response: "To know how much money you have!" After that, we also counted returned bills to know how much we had at that moment.

We are going to Nador and then to the bivouac in Boudnip. Half an hour later the stage was canceled for jeeps and trucks. For the rest is good but it is bad for the race: The today’s SS of 250 km was very good to begin, and tomorrow we will have 409 km - this is too much.
The way to the bivouac was very long - heavy-load assistant car gave maximum 70 km / h uphill. We let to go first sports KAMAZ and second assistant car, not to delay the bivouac process.

16:15, fuel station next to the village AIN BENI MATHAR

There are not a lot of fuel stations on the way; we have to fuel, in order not to stop with empty tank. Settlements looks like extended construction - there was waste everywhere. Wasteland around these settlements is filled up with plastic bags. At the fuel station there are about twenty boys of different age. They surround the approaching cars and beg anything. If they could get something there are quarrel.
It was a terrible show. If beggars begin to hinder the process, a big man comes with dry and prick branch... We were afraid to leave the car, the boys made faces, provoked, scared.

We hope that there will be the promised internet in a press-center. Today it became clear how the line from the description of the route looks like in reality, "movement becomes complicated because of lack of reference points ". This is true that there are no reference points. Endless, rocky, bricky space. No hills, no trees, no potholes ... Nothing.

We arrived at 20:12. Bivouac is active and comfortable. In the middle of the catering area – fire, round which there are arrived competitors. Outside, it is 40 degrees. And we have already started to get used to the heat. Start of tomorrow’s SS is previously appointed to 8:40 (the first jeep), motorcycles - 7:30. Our starting time is not announced yet. We are waiting for it…

*** By the way, almost all experienced competitors asked about the Silk Way Rally, they already included the Russian rally in the sports calendar. Our "Way" has now entered in a stage when the organizers are not making efforts to establish contacts with the competitors, but the competitors themselves make requests. This is a real indicator of the project development. Those conveniences which we did not appreciate and noted at the Silk Way, taking for granted, now seem to be a sign of reverently care and sagacity. Svetlana Klimova
All news