Third success of Shibalov on stages of Dakar 2020

The tenth stage of the international Dakar Rally 2020 in Saudi Arabia took place along the route Haradh - Shubaytah on Wednesday, January 15.

Every year a special event for the Dakar contestants becomes its marathon part, which consists of two stages. This time it came to the final days of the race. Two stages of a real challenge, overcoming and utmost efforts. When one has to rely not only on the skill and reliability of vehicles, but also on the favor of fortune - one of the important factors for successful completion of the marathon. Since mechanics will not wait for the athletes at the finish of today's racing day, they will have to carry out repairs on their own and by the forces of other Dakar contestants in the closed park.

Therefore, before the start of the tenth stage, the teams paid special attention to prepare bikes and cars. It was important to get the racers on fully operational vehicles that can withstand more than 1350 km of a two-day marathon, more than 900 of which will be special. And provide them with a set of necessary spare parts in case of a breakdown. In such circumstances, it is a bit easier for the teams that have applied several crews on the Dakar: in case of serious problems, another vehicle can become a donor. Do not forget that additional spare parts for sports vehicles are excess weight, which affects its speed. 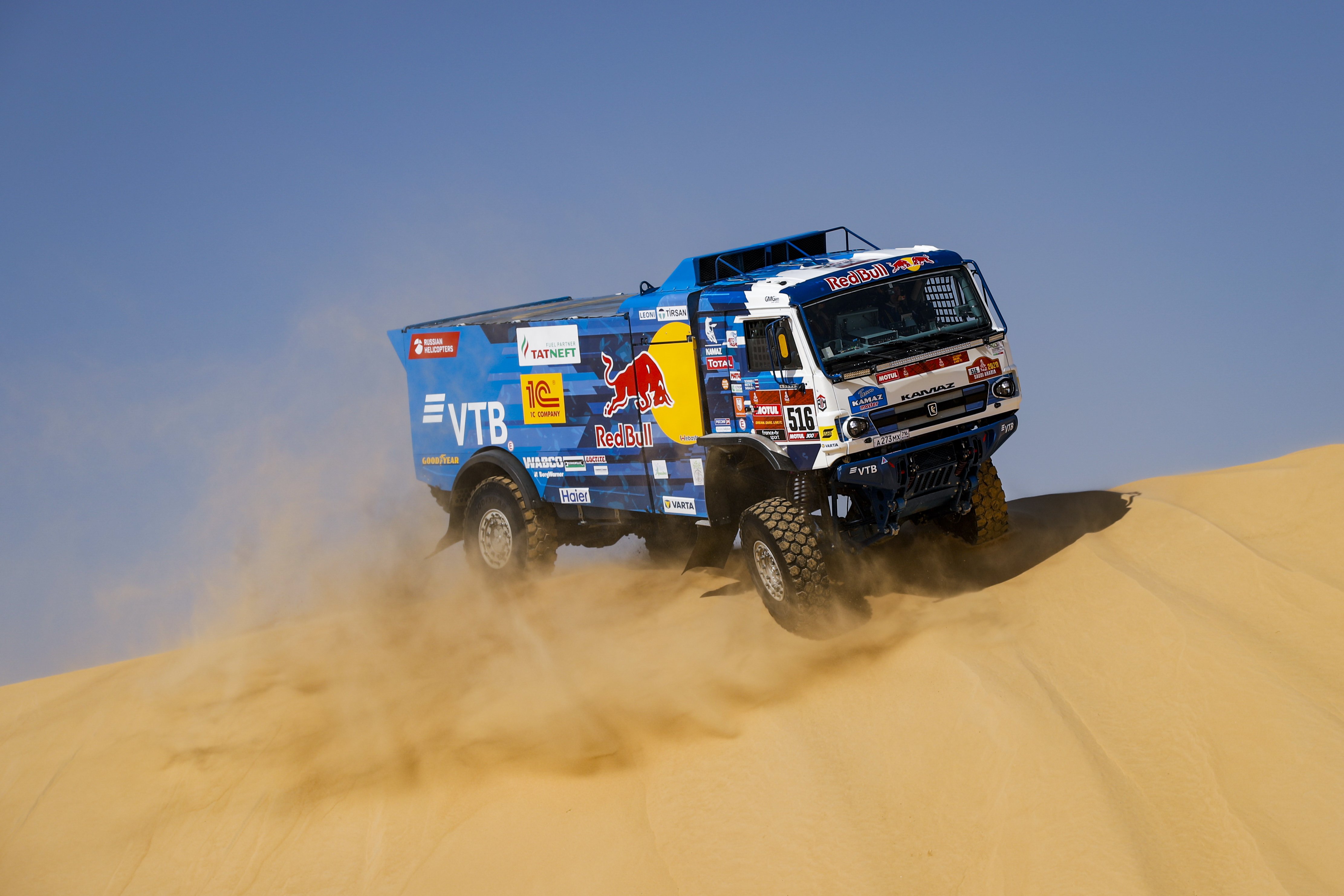 Considering the fact that the entire route runs through one of the largest deserts in the world, Rub’ al Khali, extra weight on a vehicle can affect driving performance in dangerous sands and high dunes. The slightest mistake, when choosing a speed or course, has a risk of turning into serious consequences and losing the advantage gained in previous stages. The Dakar history knows many cases when priority drivers lost their high positions and quitted fighting for the Golden Bedouin.

The leader of the general truck classification Andrey Karginov started the distance of 534 km after cars. Behind him, with a lag of 30 seconds, went to the start Siarhei Viazovich, who is on the third line in the general classification. Dmitry Sotnikov set off with a two-minute handicap from his KAMAZ-master partner, and Anton Shibalov - in three minutes. It is a good start in terms of team tactics, when crews back up and help each other.

Shibalov was the fastest to pass first 87 km of the special section. Eduard Nikolaev lost 30 seconds - and this is despite the fact that there was a large number of cars and trucks in front of his crew, making it difficult to get ahead. Sotnikov is in a minute lag from the leader, Karginov- in two minutes. Taking into account the decent time margin in the overall, it was important for crew No 511 to eliminate the possible risk on the road and, at a fast but accurate pace, arrive to the finish line. Viazovich had to stop in the dunes, losing more than 20 minutes. 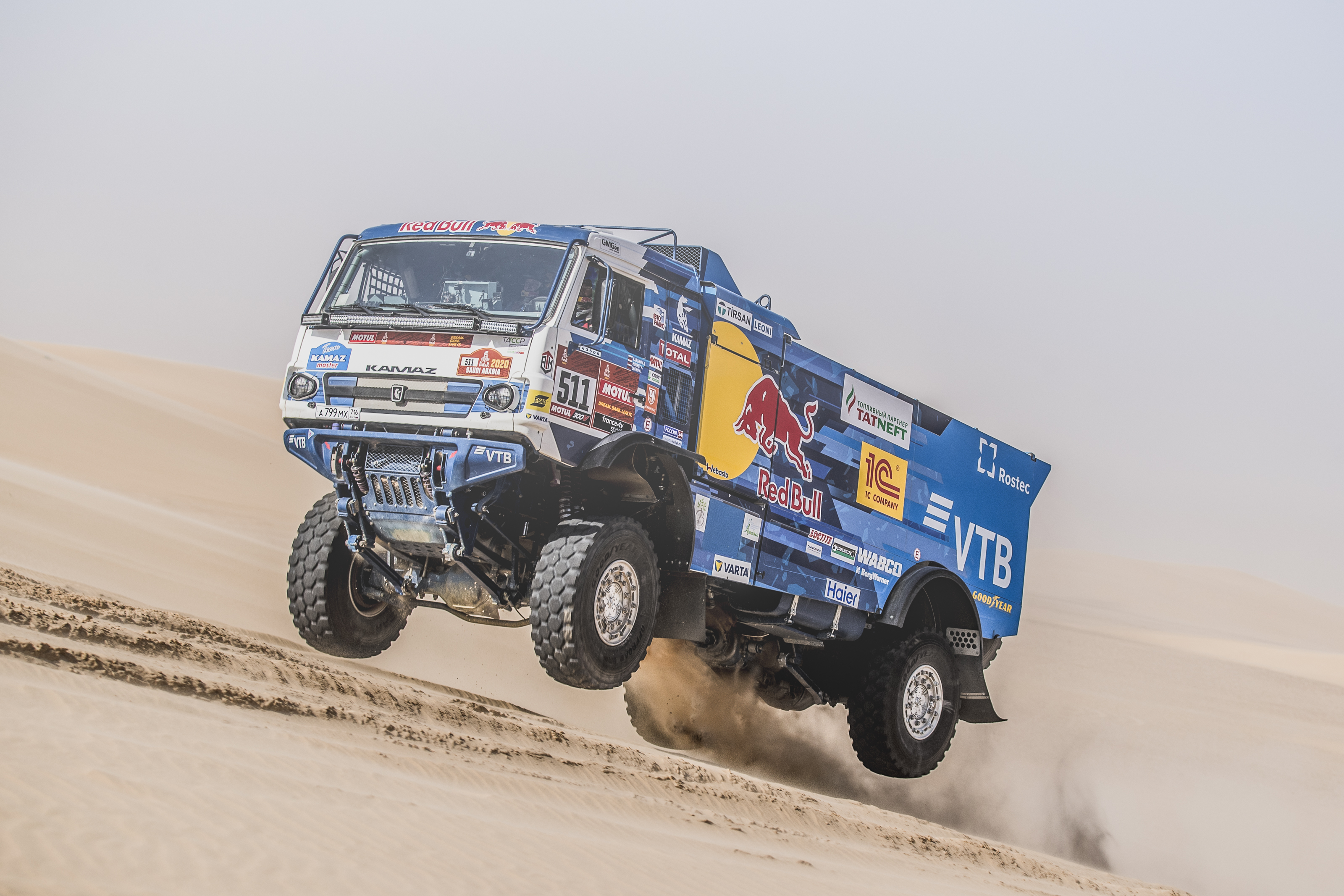 Having got out of the dunes, five crews of Shibalov, Sotnikov, Nikolaev, Gert Huzink, performing on the hybrid, and Karginov, were able to stand the high pace of driving in endless sandy spaces of Rub’ al Khali. On the control point of 223 km, KAMAZ trucks No 516 and No 511 shared only two and a half minutes. Not managing to reach half of the route of the first day of the marathon, Mother Nature made an unpleasant surprise. Already from the evening, the neighborhood of the city of Haradh, where the Dakar bivouac was located, was covered with a sandstorm. On Wednesday, a strong wind lifted soft sand, worsening visibility on the track and creating a danger for athletes and spectators. And when part of the sports caravan reached the level of 345 km, the rally directorate decided to halt the stage.

In the standings of the day, results of the racers were recorded at around 223rd km. Thus, the crew of Anton Shibalov got the third victory on stages of the Dakar 2020. In the general classification there was no shifting in positions, and Karginov and Shibalov increased their gap over Viazovich. 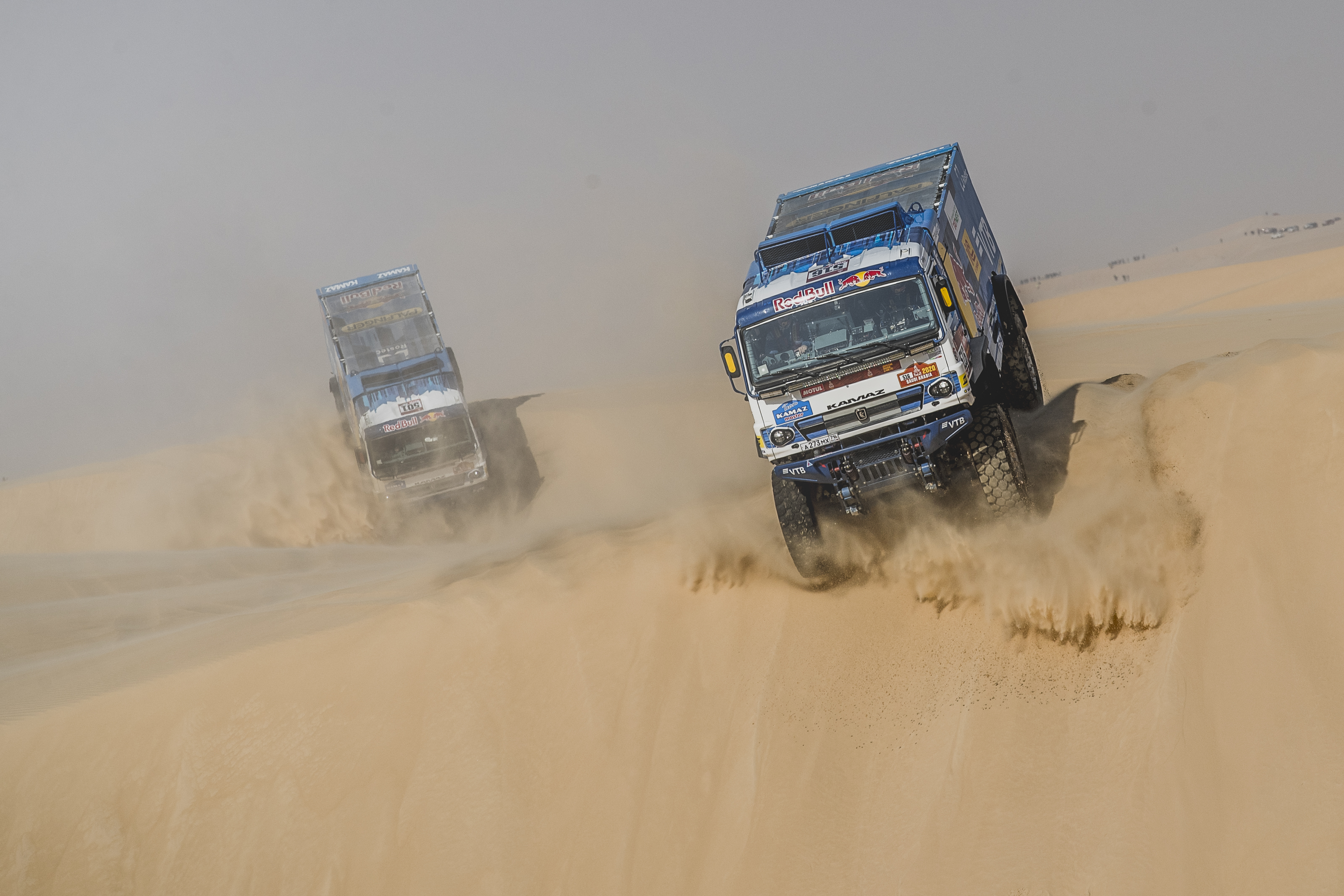 Anton Shibalov, driver of crew No 516: “It was an interesting day, it worked out well for us. The only difficulty was descents from the dunes. It was very dangerous, and overturned Fernando Alonso could prove this. The sand was soft today. It’s a pity that the second part of the stage was canceled due to weather conditions. Now it remains to prepare for tomorrow's start, it is important to drive safely and keep the result. "

On Thursday contestants of the Dakar 2020 are awaited by the final part of the marathon stage along the route Shubaytah - Haradh. Its length will be 744 km, 379 of which will make a special section. The return trip will go along a different course, so the racers will not see familiar places. 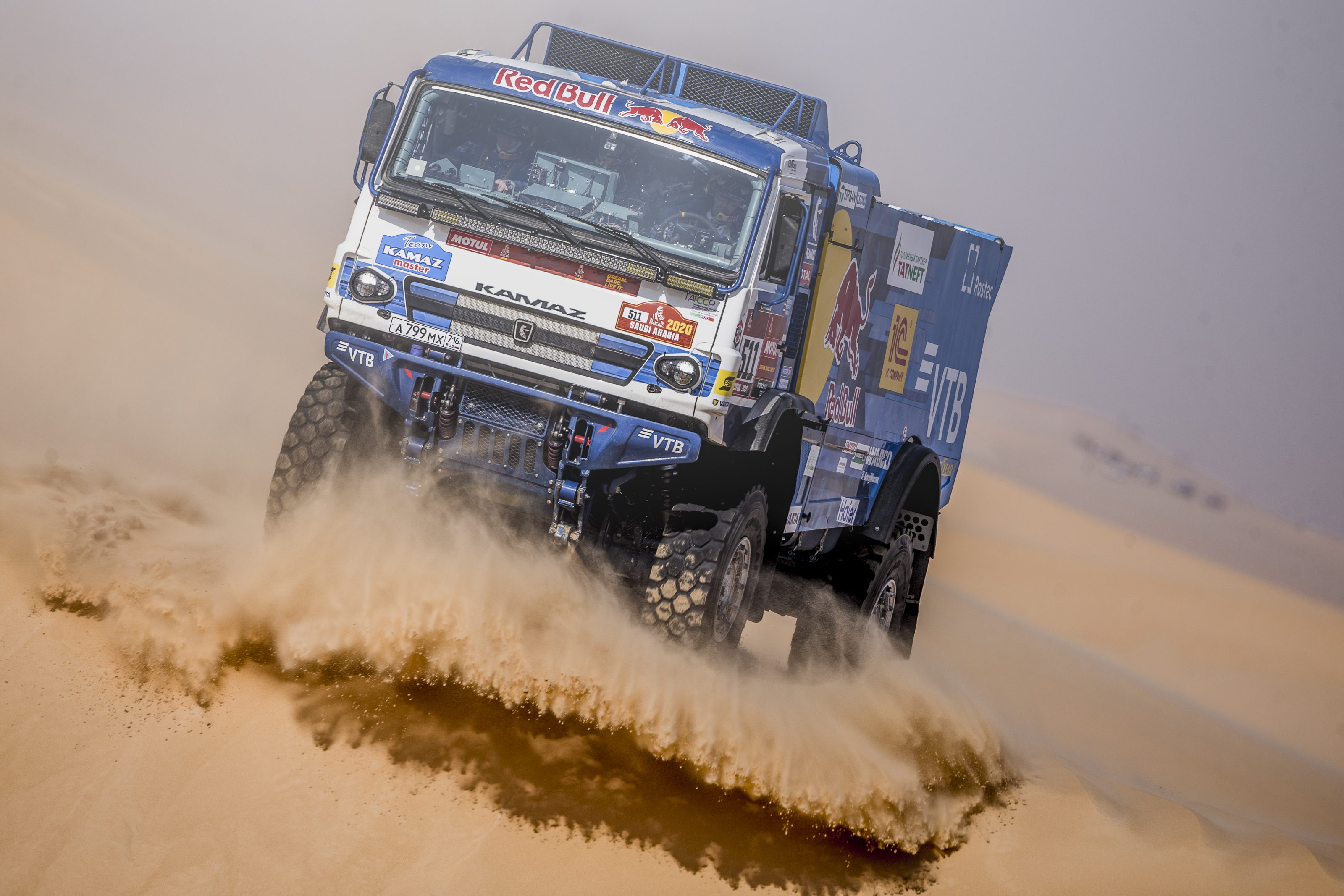