ANDREY KARGINOV BECOMES THE WINNER OF RALLY “GOLD OF KAGAN” 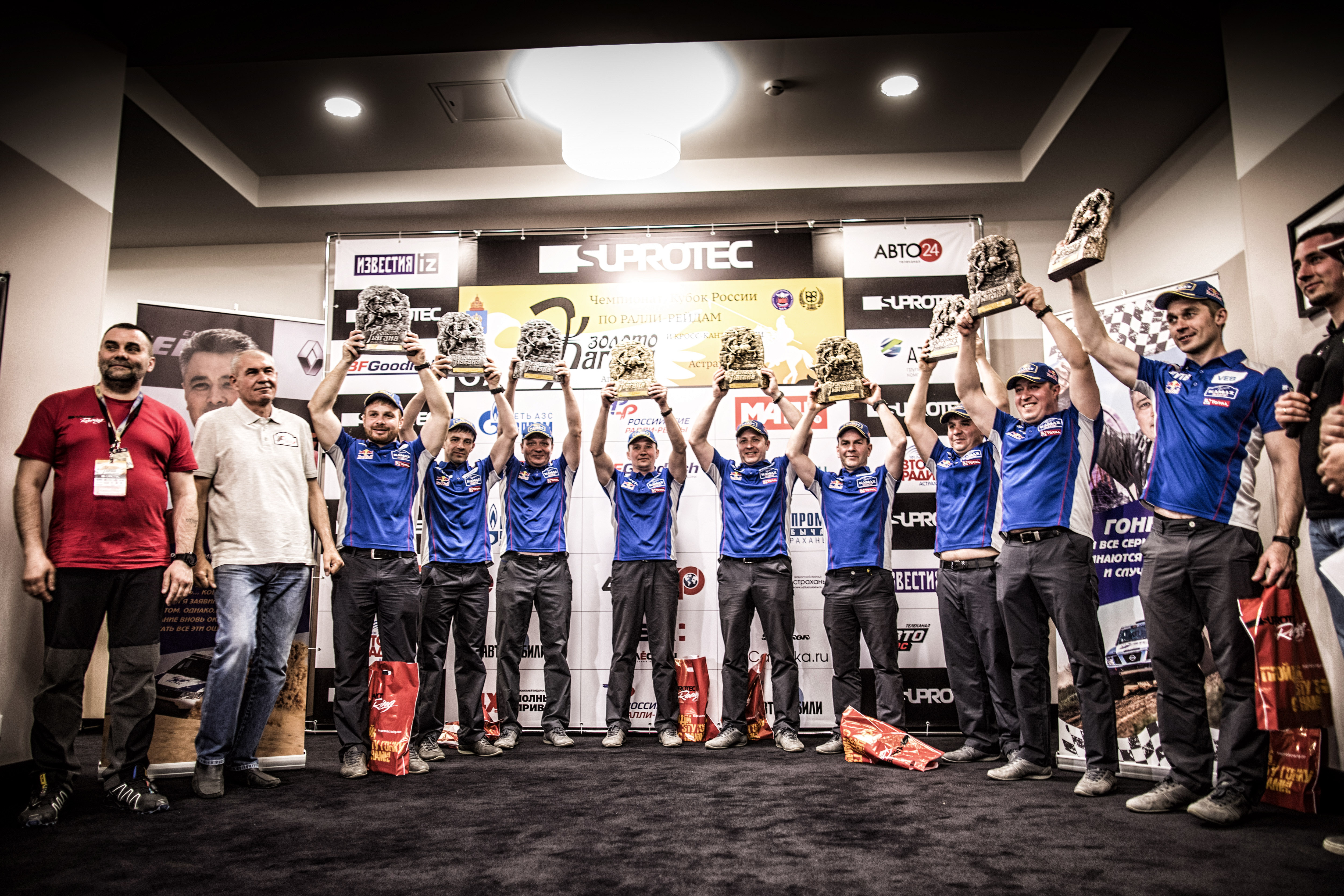 The second stage of Russian rally-raid championship “Gold of Kagan-2018” finished in Astrakhan region. The third day of the competition included special “Astrakhan” mix of sands, tough hillocks and fast steppe tracks with high side parapets and inclinations. The stage did not spring a surprise on KAMAZ members. But an exception was a punctured fuel pump on Eduard Nikolaev’s truck: time loss for damage repair made the crew lose leadership in the standings. Nevertheless, the team result was quite impressing – KAMAZ-master crews took first three positions in the truck standings, and in the overall only Boris Gadasin, performing in the car category, could get ahead of KAMAZ team. Andrey Karginov’s crew (navigator Andrey Mokeev, mechanic Igor Leonov) won the race in the truck category. The second was Eduard Nikolaev (navigator Evgeny Yakovlev, mechanic Vladimir Rybakov), the third was Dmitry Sotnikov’s crew (navigator Dmitry Nikitin, mechanic Ilnur Mustafin).

On Saturday, instead of Anton Shibalov, Sergey Kuprianov took the seat at the wheel of gas-and-diesel KAMAZ. He had come on the eve and joined the Astrakhan program of KAMAZ-master from today’s “Gold of Kagan” stage. This change was planned by the team management from the very beginning. According to the competition regulations, due to the change of the pilot, 304 crew could not compete for the result in the rally “Gold of Kagan”, but training in terms of the race was very important (the pilot was assisted by the navigator Aleksandr Kuprianov and mechanic Dmitry Svistunov). On this gas-and-diesel KAMAZ Sergey Kuprianov’s crew is going to participate in the transcontinental Silk Way Rally-2018, before the start of which only three month left.

Andrey Karginov, pilot: “Due to the trauma received a year ago, I had to miss Silk Way Rally and Dakar – key races of rally-raid season. Psychologically it was not easy. I could follow them only on TV. Perhaps, therefore I had a great desire to come to the start as soon as possible. Today’s target was to drive at our own speed and, if possible, show a good result. We tried to drive fast and safe. Thanks to my crew and all the team for a good teamwork. For me personally this competition was of a great value. I am happy that we managed to do it.”

Sergey Kuprianov, pilot: “The new truck left only positive emotions. Good and reliable truck. Usage of diesel and gas mixture gives good speed dynamics. This is especially important in sands, where you need to speed up fast at choosing trajectory in dunes after slowdowns. The crew did a great job. I hope that before the Silk Way Rally start we will have an opportunity to train together in order to show a good result on the route from China to Russia”.

Sergey Savostin, team-manager of KAMAZ-master Team on the rally “Gold of Kagan”: “It was of a great use for the team to spend days on the “Gold of Kagan”. During the very drives technical decisions are “shaped up”, tests of which should be finished before key international races of the season. We got ahead not bad in optimization and setup programs of bonnet truck, as well as a new in-line six-cylinder engine. Very important I find the return of Andrey Karginov. It is a remarkable player in the world rally truck discipline. He proved it again with his win in the race of Russian championship”.