On Sunday, the rally caravan was supposed to cross the border of Russia and Mongolia and continue its way to the finish line in Ulaanbaatar. However, force majeure interfered the plans of the SWR organizers. Mongolian stages have been canceled due to a worsening coronavirus situation and a bubonic plague outbreak in the western part of the Asian country. The unpleasant surprise was discussed for a long time at the bivouac in Gorno-Altaisk, and some crews, for example, one of the leaders in the off-road category, Yazeed Al-Rajhi, decided to abandon the fight for the trophy and return home. Also, several foreign crews in the category of all-terrain vehicles did not show up at the start of the third special stage. And this is despite the fact that the rally management could add two more stages to the racing program in Russia in order to finish the competition with dignity.

The special stage number three on the Silk Way Rally has undergone minimal changes: only the liaison after the finish has been shortened for 70 kilometers. The road to the starting point ran through the picturesque places of mountainous Altai: the asphalt road took the vehicles to the highlands at a height of up to 2000 meters above sea level, and turbulent rivers gave the way to green meadows. Such beauty outside the cab window could distract anyone, but not professional drivers. Moreover, local cows and sheep demanded attention to themselves, lazily walking in the middle of the highway warm from the sun rays. 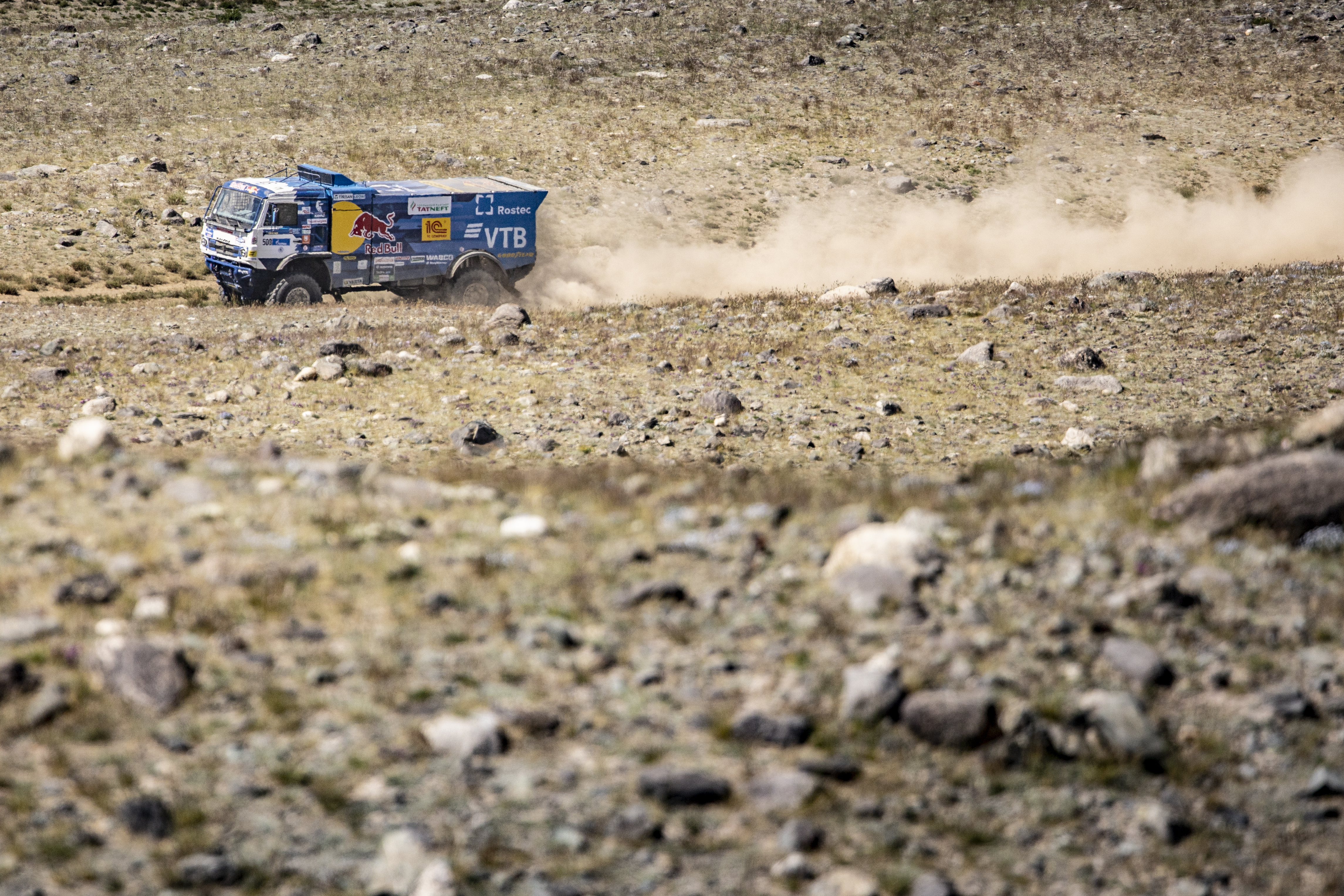 Considering not the longest special stages this year, the marathon stage acquired a special status: on the rocky surface of the 133-kilometer combat route, probability of a wheel puncture has increased multiple times. And tight results in the general classification, like a roller coaster, could raise or drop the crews in the standings.

The start of the third sports day took place on a wide mountainous plateau, neighboring a birch grove. Having overcome the segment, spread with many sharp stones, the drivers found themselves on fast firm roads, which were crossed by mountain rivers. Each crew of the KAMAZ-master team had their own tactics for overcoming the fords: Andrey Karginov attacked rivals from the first kilometers and passed a water barrier up to a meter deep at a high speed, while Dmitry Sotnikov tried to slow down the engine speed and chose a safer trajectory. It was important that none of the KAMAZ trucks stopped in the middle of the river, which a number of moto racers could not avoid, relying on rescue of their vehicles.

After the finish, the debutant of the Silk Way Rally Bogdan Karimov admitted that he still lacks experience of driving in such conditions, but his confidence grows with every kilometer. The young KAMAZ-master driver was unlucky in only one episode: a mud trap overgrown with grass, similar to a solonchak, "captured" the rear wheels of the truck. Another debutant of the race, the Dutchman Mitchel van den Brink, stopped to rescue the Russian crew. And in order not to get bogged down in a swamp together, the riders had to build an improvised multi-meter base for the wheels. It is worth noticing that after the finish of the special stage, Bogdan and his crew changed the punctured rear wheel in less than four minutes.

Airat Mardeev's crew did not avoid a puncture as well, losing about five minutes to replace it. According to the driver, the altitude of today's route affected the engine. The MAZ driver Aliaksei Vishneusky also faced similar issues. But Sergey Kupriyanov, performing on the updated gas-engine KAMAZ, did not experience difficulties, noting that his truck successfully coped with the height. 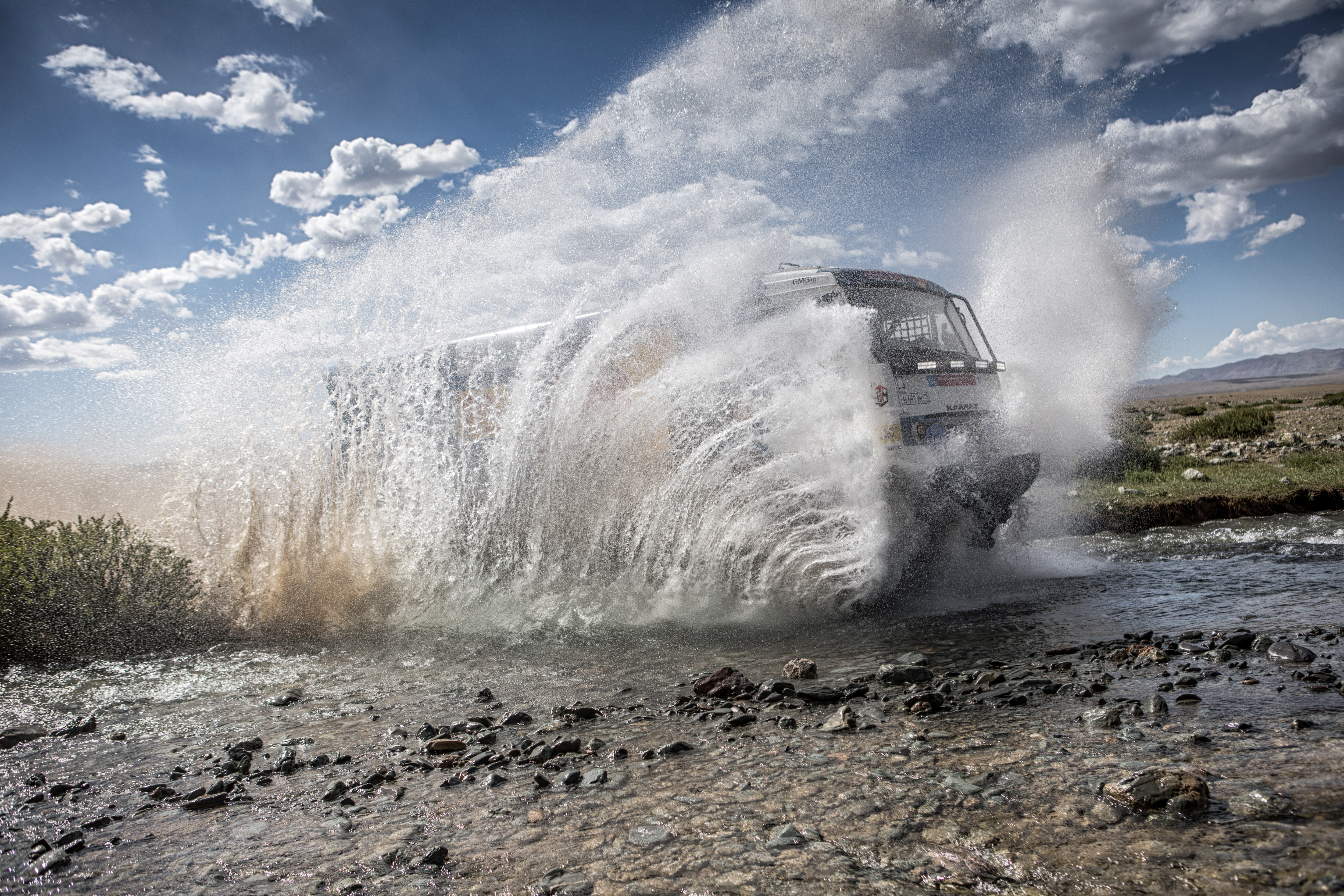 The first at the finish line a couple of kilometers from the border with Mongolia, but not in the standings of the racing day, turned out a leader in the overall truck classification Dmitry Sotnikov. Only 23 seconds ahead of his teammate Eduard Nikolaev, Andrey Karginov got the victory.

At the bivouac in Kosh-Agach, where the race participants cannot rely on help of their teams' mechanics, the crews will have to carry out maintenance works of cars and bikes on their own. Members of KAMAZ-master team avoided any problems and are ready to start the penultimate stage tomorrow.

Andrey Karginov, driver of crew No 507: “It was a good day, our crew managed to pass the special stage without stops. It all started from the highlands: a liaison of more than 400 km with an uphill climbing to an altitude of more than 2000 meters. You can still feel it by breathing, there is not enough oxygen and it is hard to the engine. We started after the crew of Aliaksei Vishneusky, caught up with him a few kilometers after, got close to him, and he let us pass. In the beginning there were fast and winding high-speed roads, then huge stones began: somewhere we went around, somewhere we cut. My co-driver Andrey Mokeev said that those, who won't stand and change wheels today, will win. And so it happened. The results are all very tight, in a couple of seconds.

I was delighted with the victory, already driving I understood by the pace that we would be closer to the leaders and hoped to win the stage. For each contestant in the race it is a pleasure to see his last name on the first line. There were fords on the route. Leaders go on “fresh” surface, it is easier for them, and the further it is, the more this place is plowed, it becomes more difficult to overcome. We had to pass the ford with a slightly higher speed, only this way it is possible to overcome the water obstacle. There were heavy and sticky places, as not everything dried up after the rains, and we had to throw mud. Today we service vehicles on our own: only changing wheels and inspecting the truck. The team has no global problems with vehicles. Everyone understands that there are no mechanics at the marathon stage, trucks need to be serviced on their own, and a set of spare parts is in limited amount. All went with a minimum margin. "

Dmitry Sotnikov, driver of crew No 501: “We tried to overcome the fords carefully, because I remembered the experience of fords with round stones that rise and you can damage a fan or something else. We had to bypass some places. It is difficult to win on the fords, but you can break something and waste time. The track was very tricky, it combined top speed and navigation, and it was important to find the right balance. Co-driver Ruslan Akhmadeev was just great, he guided me to the right place. Of course, we are upset because of Mongolia cancellation, because long interesting special stages were promised, and we set ourselves to fight, wanted to try the truck on all types of surfaces, especially in sand, impassibility. But we understand that safety is above all, and I support the organizers in their solution. " 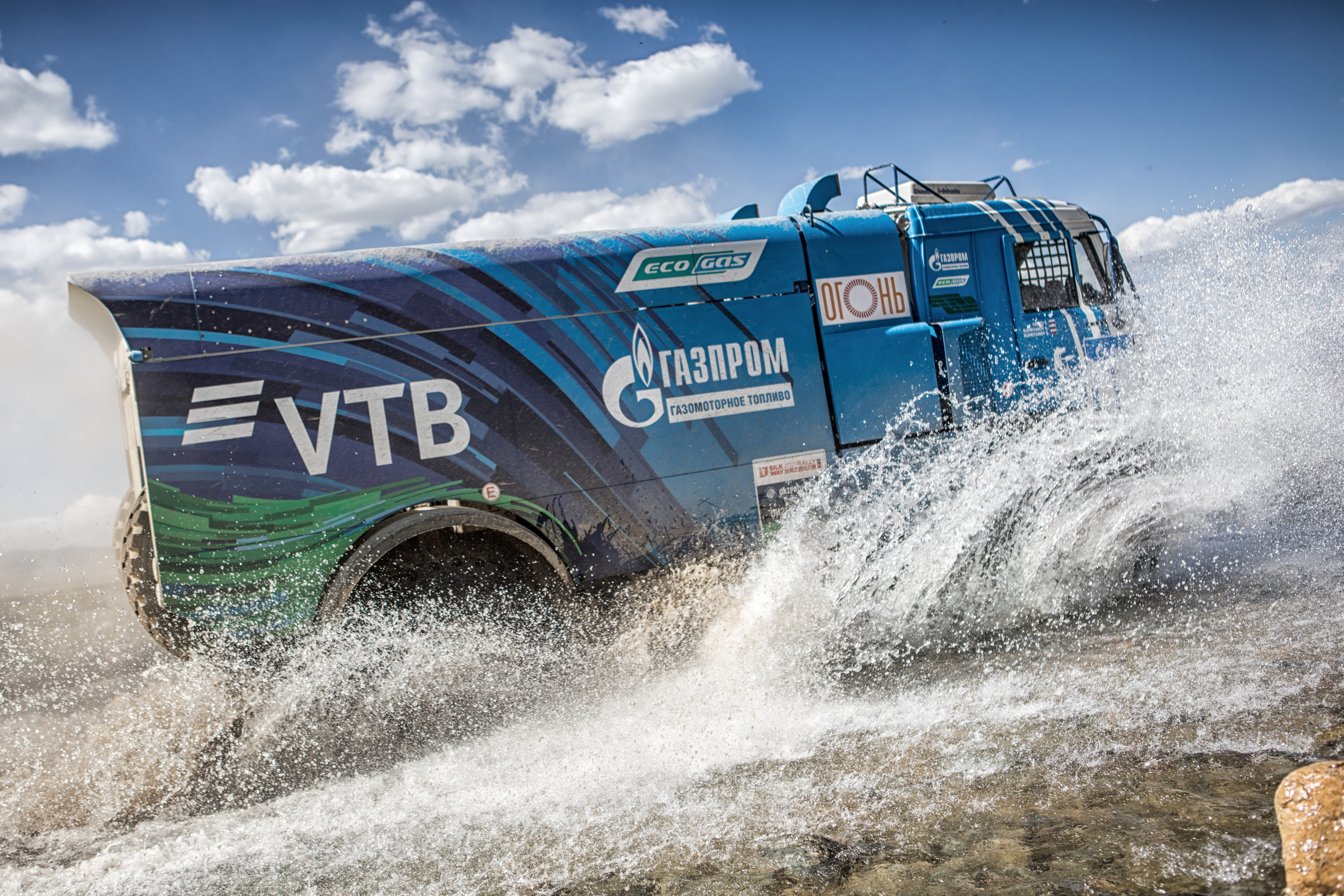