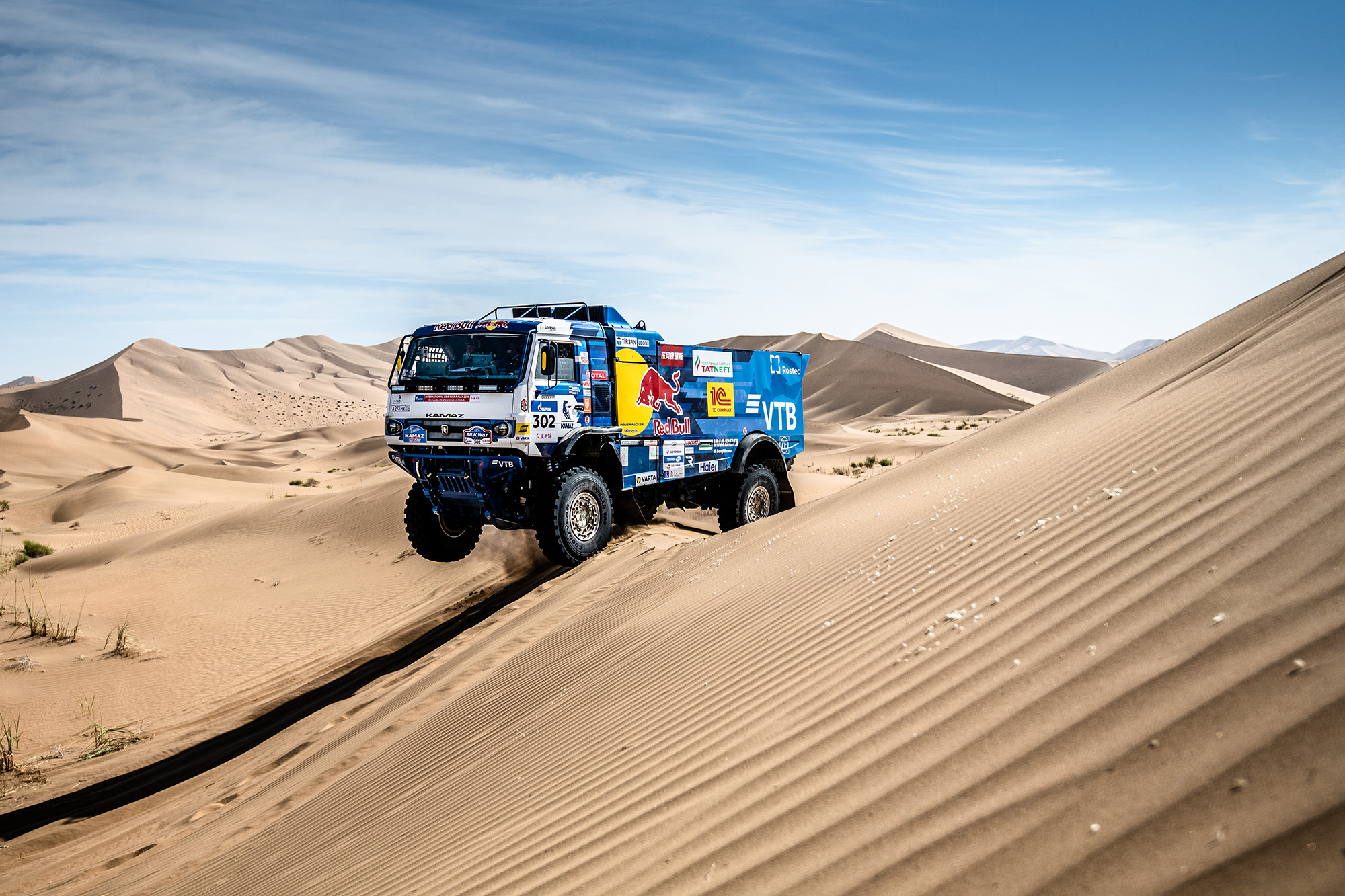 On September 27, at a press conference in Naberezhnye Chelny, the head of KAMAZ-master Team Vladimir Chagin announced the names of the drivers, taking part in Dakar Rally 2020. The meeting was held at KAMAZ-master sports center as part of a traditional press tour, organized by the team for the Russian media.

Drivers of the team Eduard Nikolaev and Dmitry Sotnikov arranged test runs for the media representatives in the training area. After the tests, the team’s guests moved to KAMAZ-master sports center, where the main news of the press conference was composition of the drivers for the upcoming race, also there was a conversation about how the year of the team passed and what technical novelties were used in the race trucks. 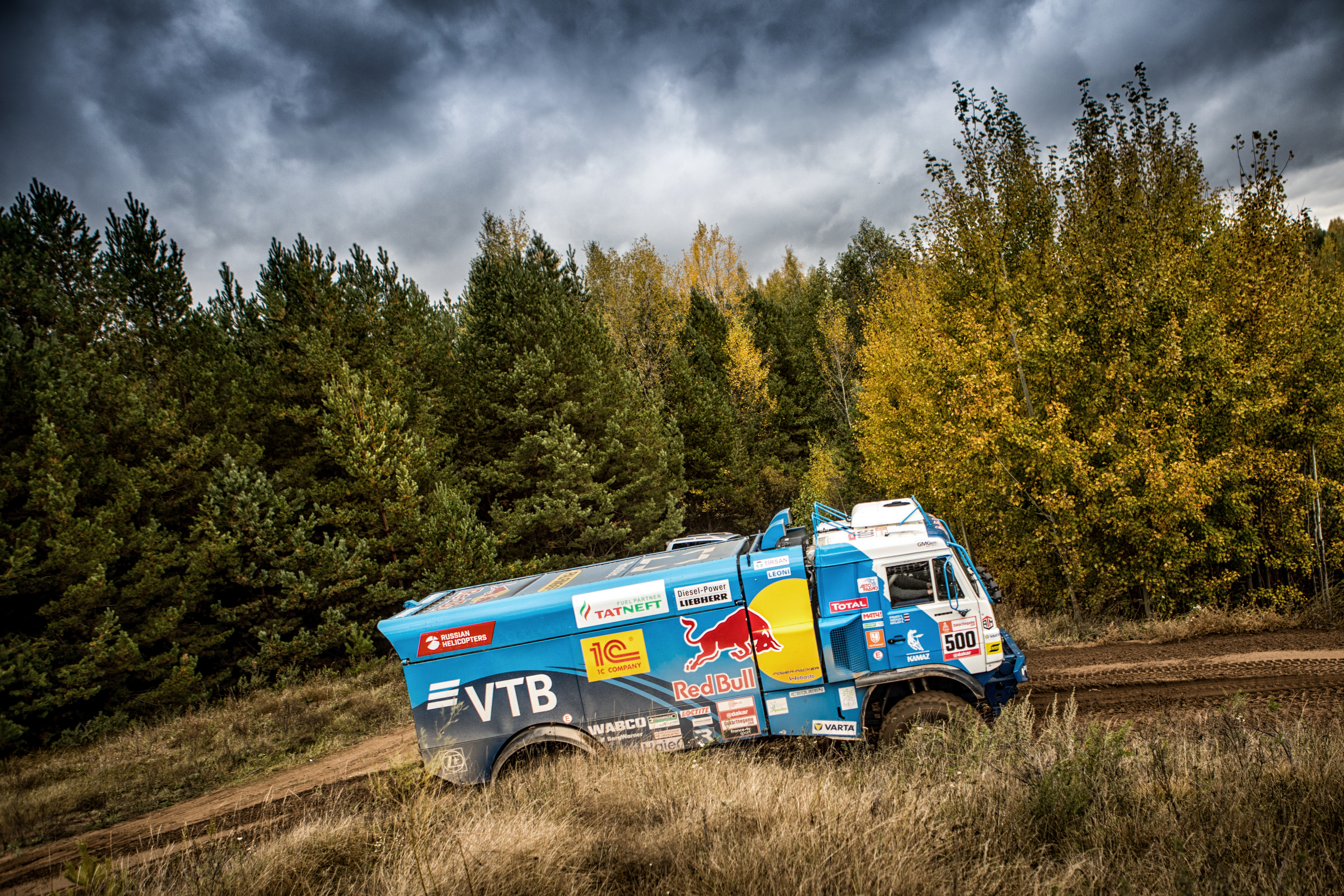 Currently, the team’s preparation process for the Dakar Rally 2020 has entered its final stage. On December 5, 6, in Marseille, France, first scruteneering and ferry loading will be held to send vehicles of the race contestants to the Arabian Peninsula.

It is worth reminding that, starting from 2020, the Dakar Rally is changing its location. After 10 years spent on the routes of South America, the race organizers signed a 5-year contract with Saudi Arabia. 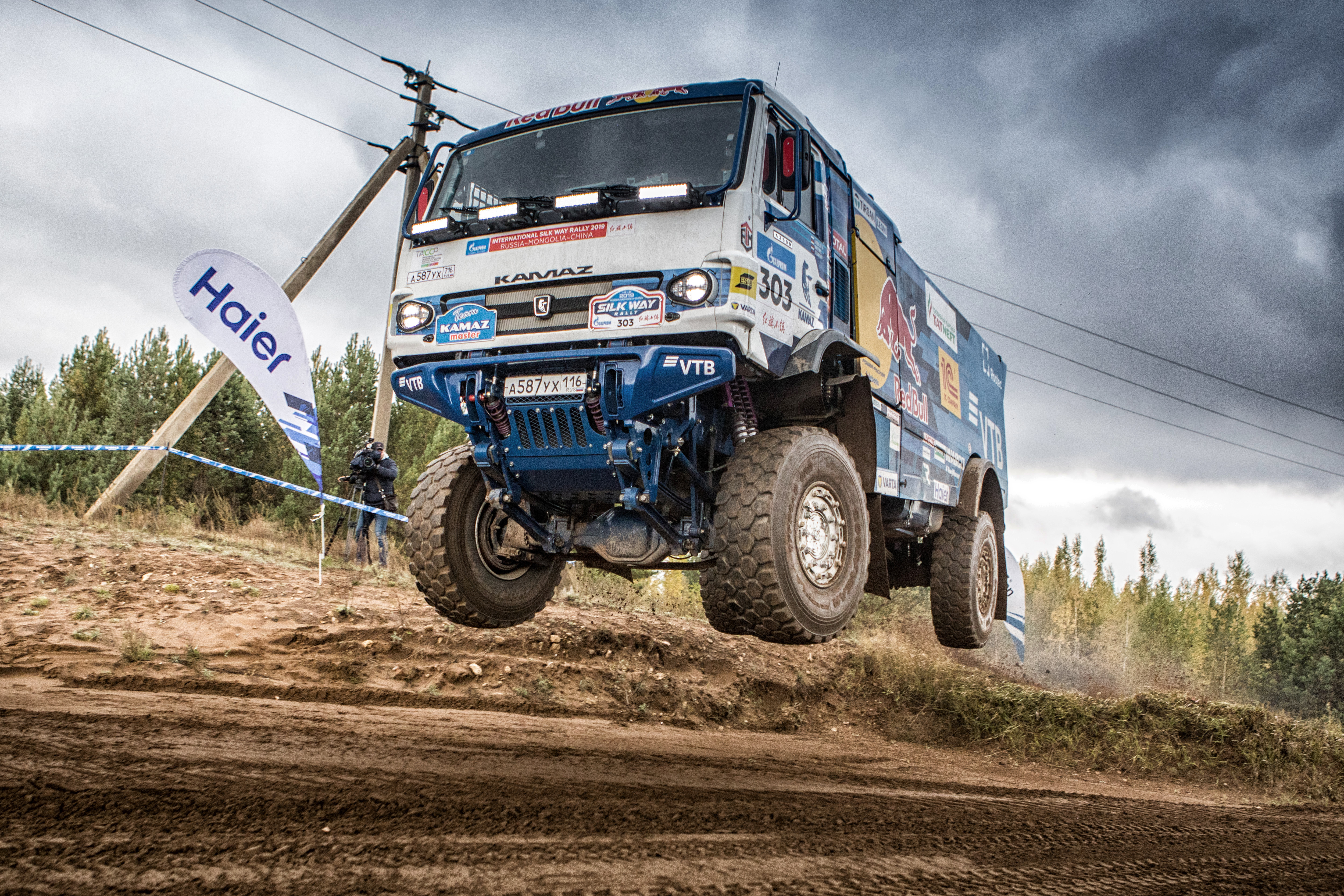 The 42nd Dakar starts on January 5 from the Red Sea coast in Jeddah. On January 11, contestants will spend a rest day in the Kingdom’s capital of Riyadh, and finally, the finish of the race is scheduled for January 17 in the place of Al Qiddiya.

A wide range of landscapes, including canyons, dunes, mountains, wadi (the Arabic name for dry riverbeds), and what is more, people and culture of the Middle East will undoubtedly bring a completely new color to the race. In the program there is a vast mountain region of Hijaaz on the border with Jordan with its highest point, Jabal al-Lawz Mountain (the Mountain of Almonds, 2500 meters). Here, in the labyrinth of mountain valleys, co-drivers will have to solve difficult navigation tasks. It is expected that the most interesting and intense in terms of sports events will take place in the Nefud and The Rub' al Khali deserts (lit. the Empty Quarter), where sandy landscapes extend as far as the eye can see, and the height of the dunes reaches 250 meters.

For the race, KAMAZ-master team will apply 4 sports trucks KAMAZ-43509 that have already proven themselves this year in the Dakar Rally in Peru and in the Silk Way Rally: Russia-Mongolia-China. In the new truck, which saw the light in 2018 due to changes in the Dakar regulations, restricting the maximum engine capacity in the truck classification with 13 liters, an in-line six-cylinder engine was used. The team actually had to redesign a new truck, which became the carrier of the latest developments and modern sports technologies. For a year after its birth this model underwent more than one modernization. 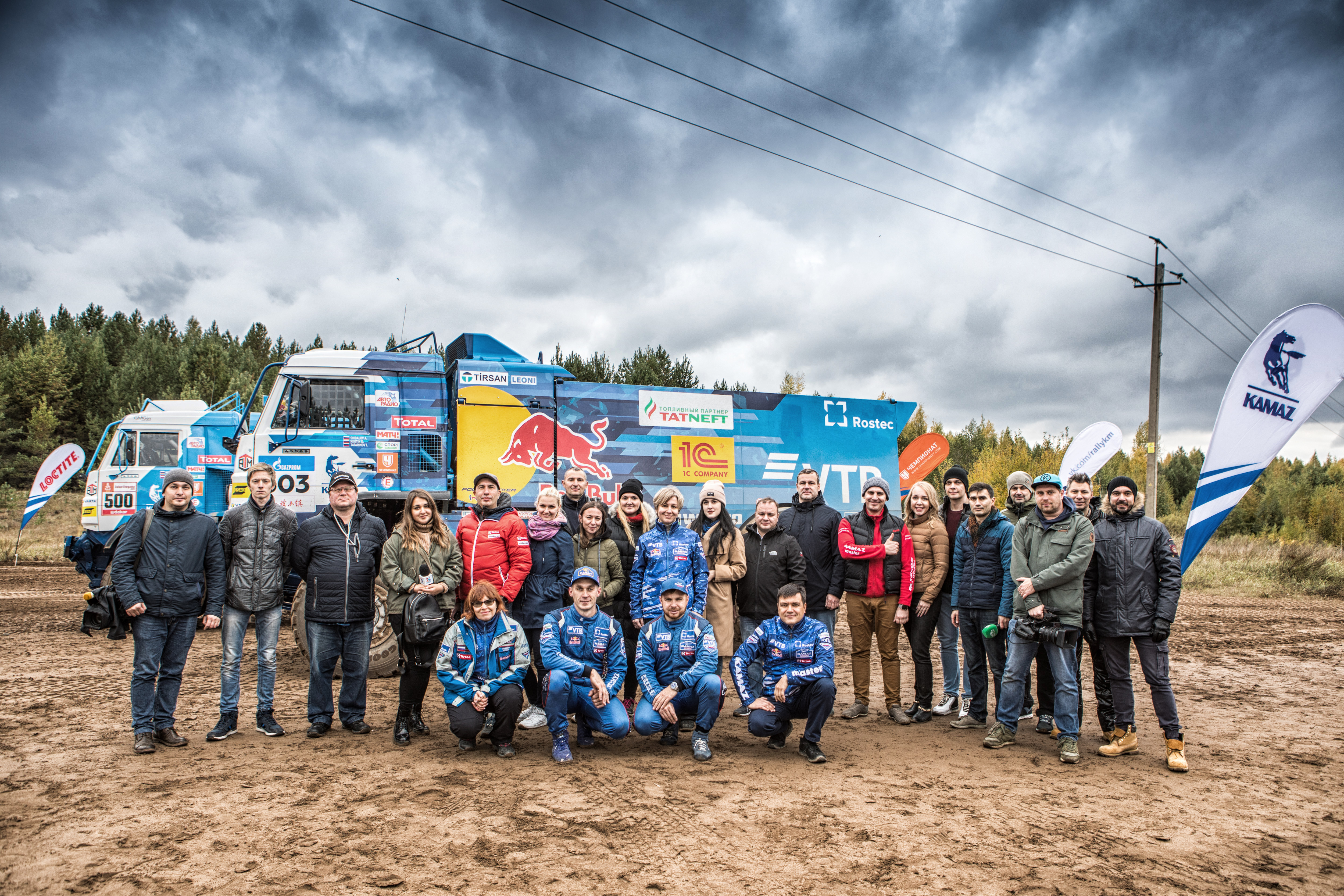 Preparation of the race trucks for the Dakar 2020 was mainly aimed at improving performance of various systems, increasing reliability of units and parts, and reducing weight of some components. All changes were tested at the stages of the Russian Championship, the Rally Kazakhstan and the Silk Way Rally 2019. 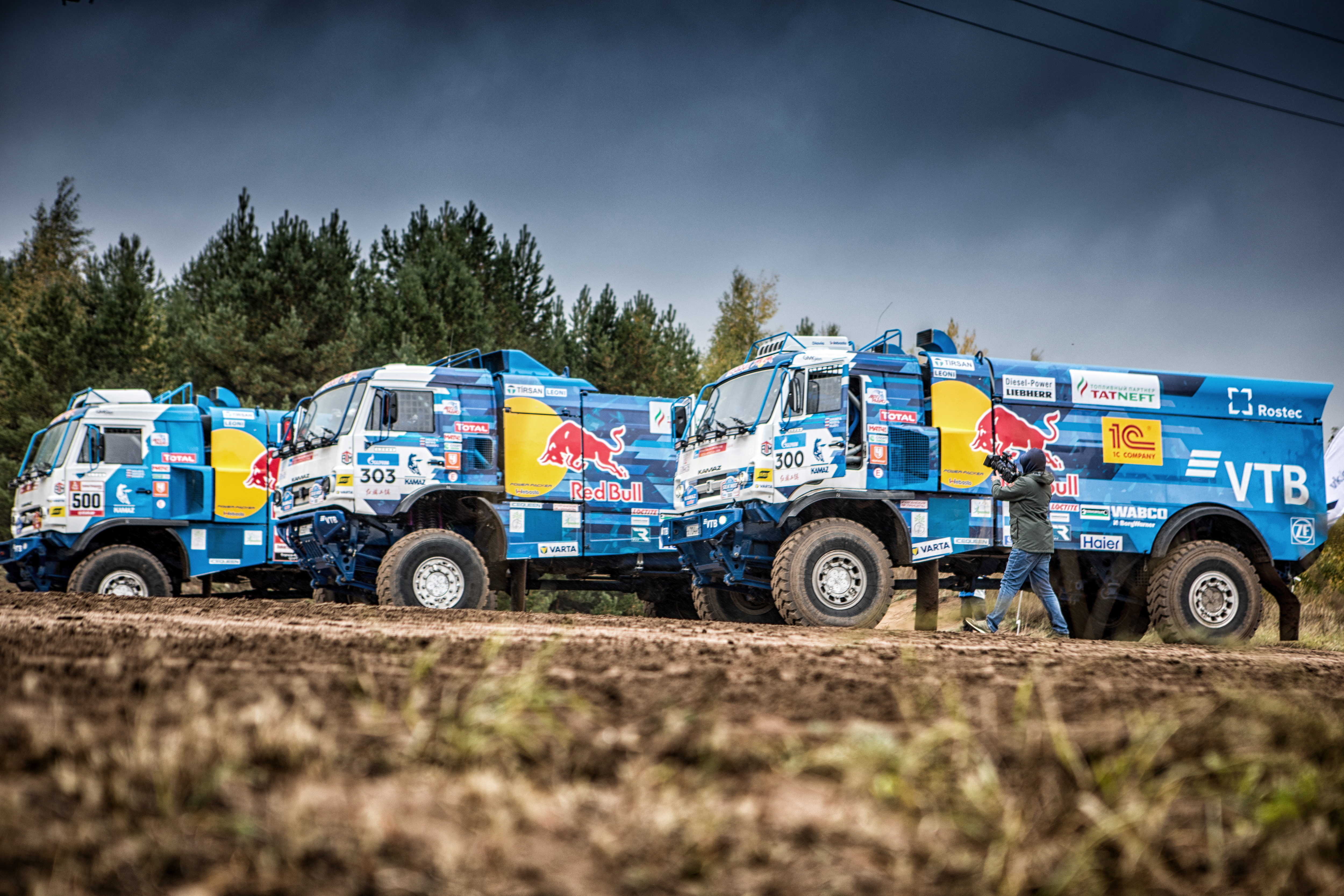 Work on optimization of engine operating processes, as well as manifolds and elements of intake and exhaust systems was carried out. Good results were achieved in reducing the inlet manifold resistance, gas dynamics of the exhaust system were improved, due to which temperature of exhaust gases was reduced.

In recent years, following environmental protection tendency, race commissars impose very high smoke requirements. And although today the soot content in exhaust gases is not recorded instrumentally, only by visual inspection, it is quite enough to make a comparison of the race contestants and apply penalties to someone up to withdrawal from the race. Over the last season it was possible to improve the engine's operating processes, allowing to reduce smoke of exhaust gases without deteriorating dynamic properties.

Due to increased steering demands of the drivers of the race trucks, settings to reduce efforts on the steering wheel have been implemented. These events are still at the stage of the resource development, but have already shown themselves positively. Tests have confirmed a reduction in the time of overcoming winding routes, as well as an increase in driving accuracy in sandy, dune terrain.

In order to reduce the truck’s tendency to roll over, to make it more responsive to changes in the driving direction and to increase the average speed when driving through winding tracks, was carried out a significant rearrangement of the internal equipment of the body. The gravity center of the truck was reduced by moving units of the intake and fuel systems, and the fuel tank was shifted closer to the rotation center of the truck. 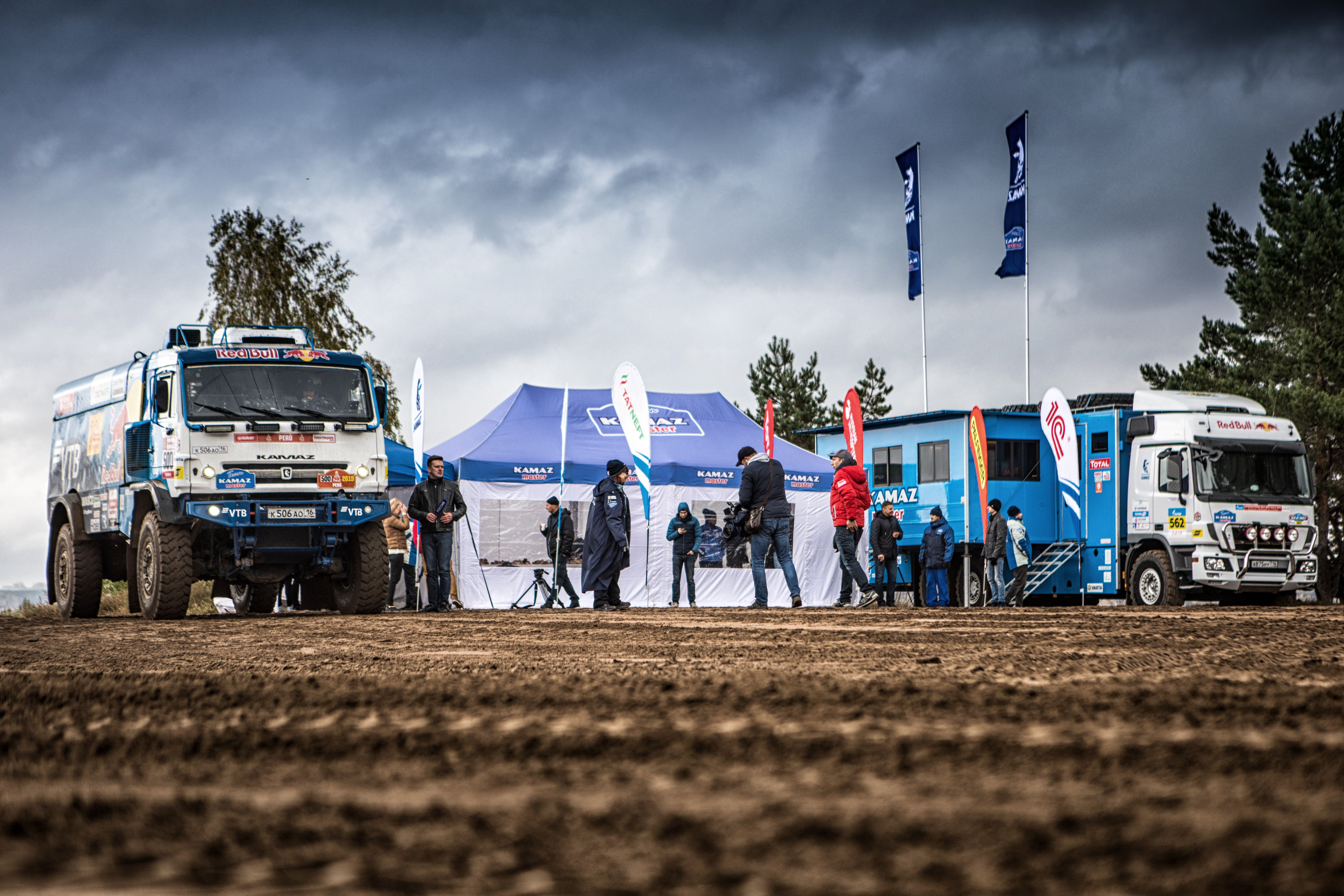 Truck refinement and system adjustments were made during the Russian Rally-Raid Championship stage held in Rostov at the end of September. October tests in Kazakhstan are ahead. After them, the team management will finally compose the crews. In the meantime, drivers have been approved for participation in the Dakar 2020. The current Dakar champion Eduard Nikolaev, the winner of the Silk Way Rally 2019 Anton Shibalov, as well as Andrey Karginov and Dmitry Sotnikov will represent Russia in the truck classification of the international competition. 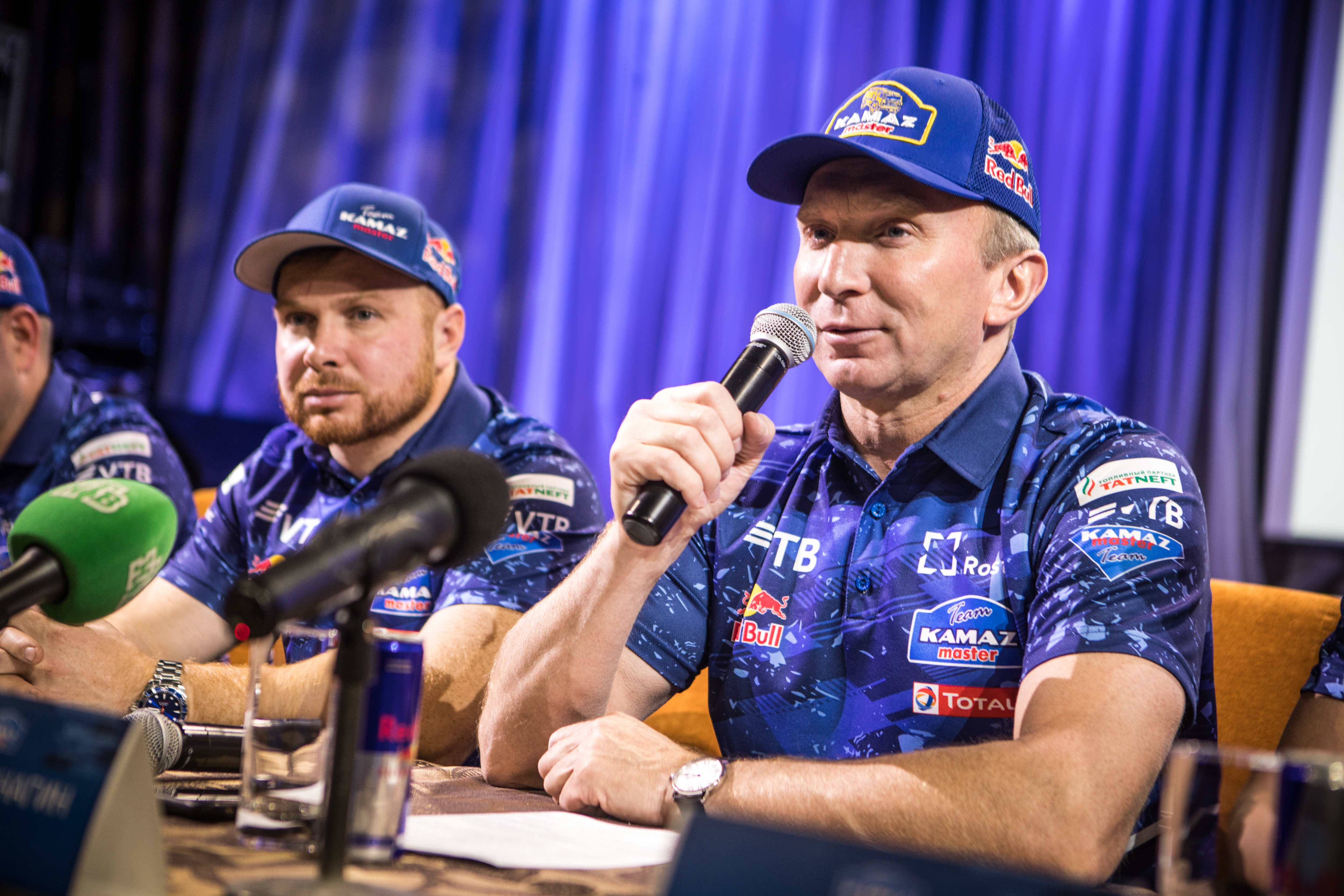 “When determining compositions for participation in the Dakar, we assess the pilots' work as a result of their performance, their readiness, there also should be rotation, similar run, driving experience over the period of time should be the same. We have 5 crews of equal strength. Even at training, we organize mini-competitions that allow our crews to compete among themselves. Thus, we raise the pace of each of them. ” 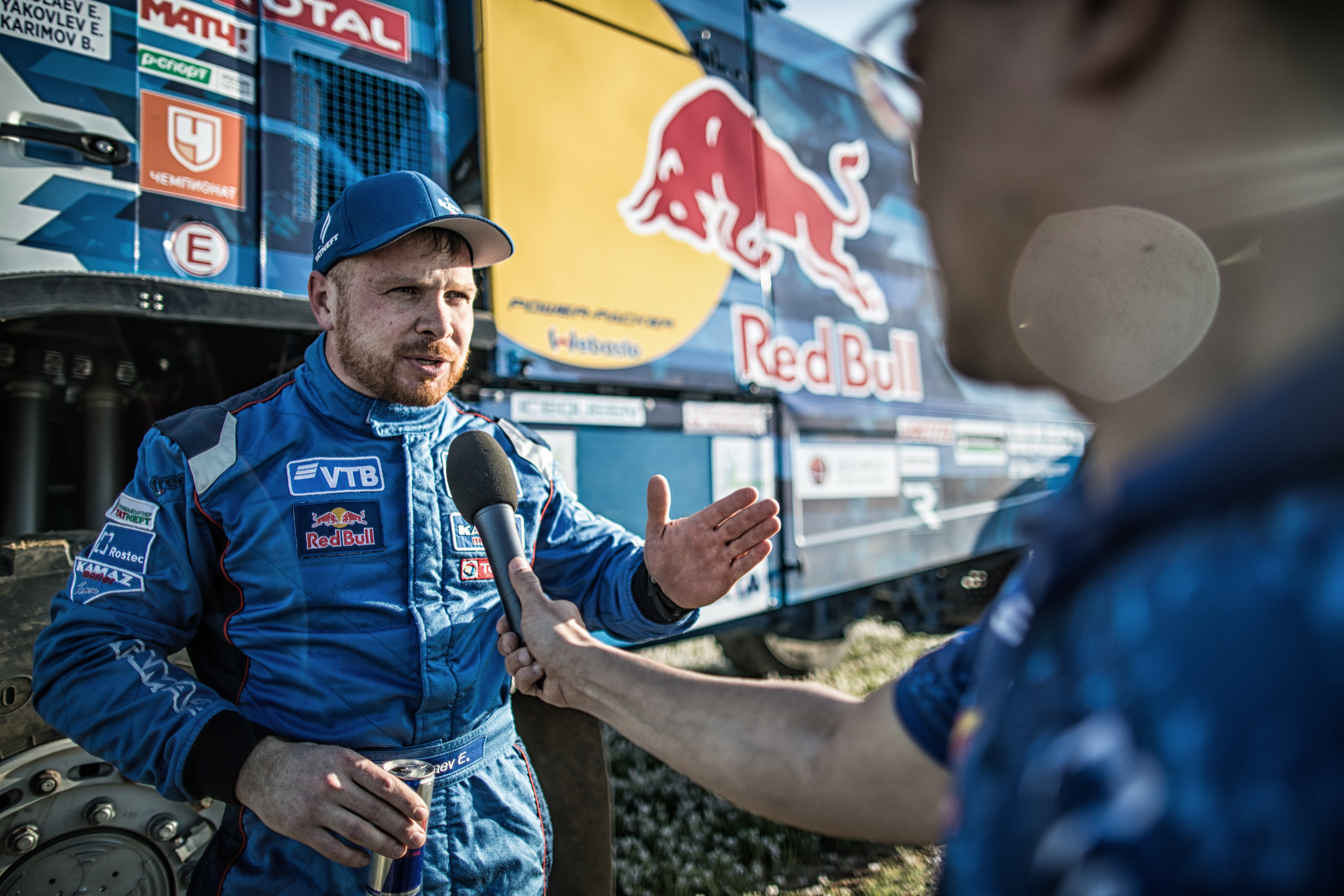 “Dakar is moving to a new continent, we are all waiting for what lies ahead. Very unpredictable. The terrain is similar to African – not quite high dunes like in Peru, but a lot of rocky terrain like in Morocco. Most likely the race will be "wheeled", you will need to stock up on tires. When there are sharp stones on the road, it is a specific speed, a specific pace. We don’t know what awaits us, but we will prepare for the hardest, most interesting route.” 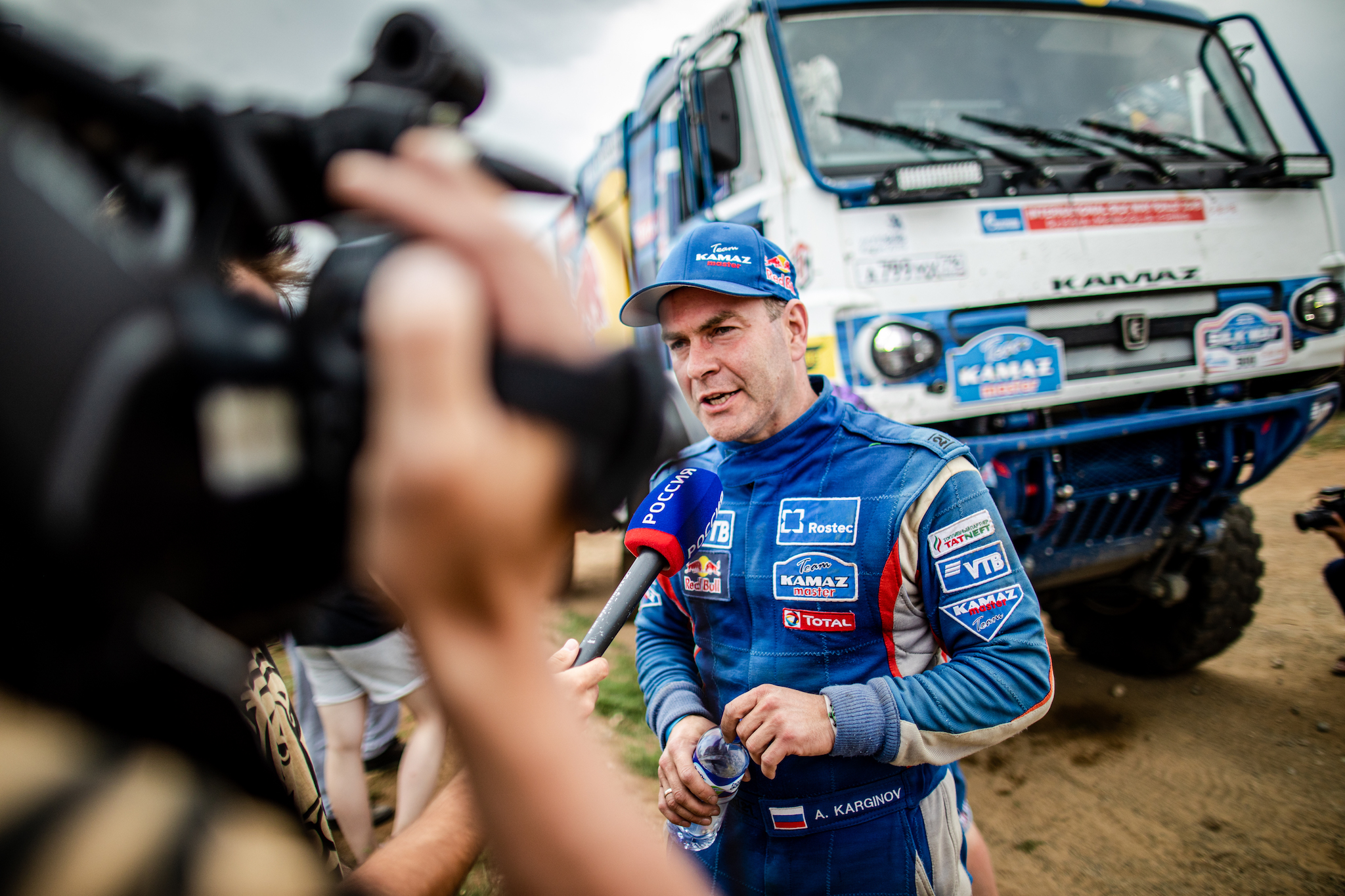 “At the beginning of our career of drivers, we managed to participate in the race on the Arabian Peninsula, I dare say - the most difficult one. I often recall these high and difficult dunes, which were from the moment of start to the moment of finish. We participated in three crews, our task was simply to overcome these dunes, not to try to win. It was a huge victory for us to get to the finish line every day. It was really hard, we drove one after another, helped, got stuck, pulled out, continued moving on. But we have gained a huge experience, we will be happy to visit this region again.” 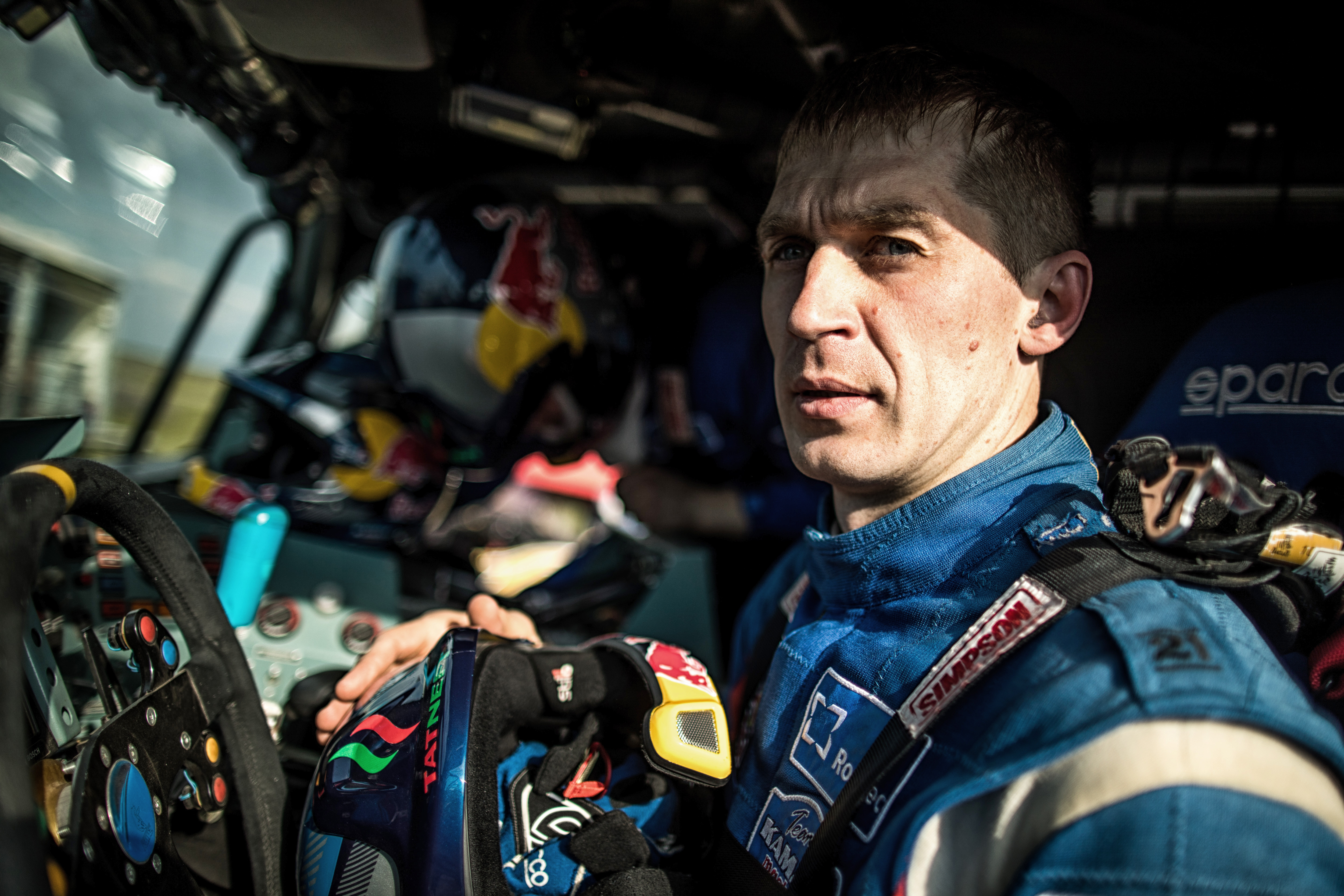 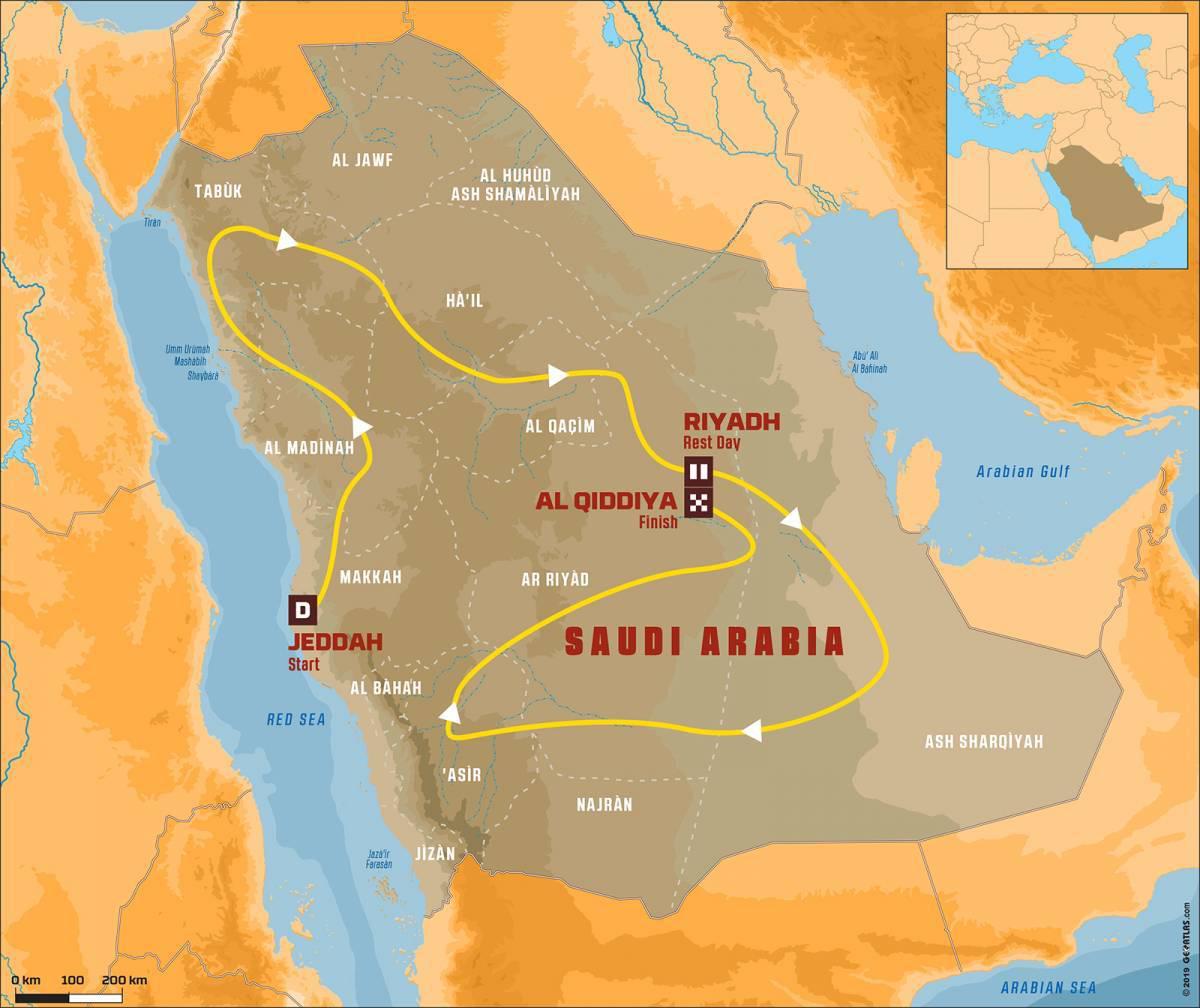 Saudi Arabia is the 30th host country of the race in the history of the Dakar Rally. According to the organizers, this is an ideal place where the variety of landscapes allows you to make an interesting rally-raid route. Like the geographical diversity, the three cities which athletes will visit are the same diverse and unique. Jeddah symbolizes the deep historical roots of the country. The capital of Riyadh demonstrates the power of the Kingdom. And the under-construction city of entertainment, sports and art Al Qiddiya proves that the development of the country is drastically turned into the future.

Saudi Arabia extends over two million square kilometers. The largest country in the Middle East, population of which is concentrated in cities and villages along the coasts of the Red Sea and the Persian Gulf, can boast a mosaic of landscapes that will test the Dakar contestants in driving, endurance and navigation.