Rapid change of landscapes and regions - this is how the Silk Way Rally can be characterised, leading a caravan of sports crews from Russia to Mongolia. On the first day of the race, the contestants had the longest liaison: from the finish of the special stage to the bivouac in Novosibirsk they had to drive more than 560 kilometers along public roads. The challenge is much more serious than a short 87-kilometer stretch of special section distance.

It didn't become easier on Saturday: the road from the capital of Siberia to the start of the second special stage in the Altai territory took about four hours. Acquaintance with the unknown 133-kilometer track had to start with almost 50-kilometer gravel section, suitable for a classic rally. And then the most interesting thing began: narrow forest roads, where overtaking is out of the question, it was good to be able to squeeze between the fallen trees. Sunlight, breaking through the crowns of many-meter birches and pines, alternated with shadow, constantly keeping the crew members in tension and making them to look for holes written in the road map.

The extreme on this was not going to finish. Swampy lowlands after the rains at the beginning of the week turned into real traps for bikes and cars. Spectators and journalists gathered along the highway lined up in anticipation of a spectacular water shower - even at not the highest speed, the trucks provided the photographers with bright shots. As well as later, when it was time for mud baths. Only those who was going in the end of the rally caravan were able to pass this segment clean. What cannot be said about Dmitry Sotnikov's truck. The white-blue color of the cab and body, traditional for the KAMAZ-master team, changed to black that day. And the second consecutive victory of the crew No 501 on the new KAMAZ-435091 was added to the treasury of achievements. 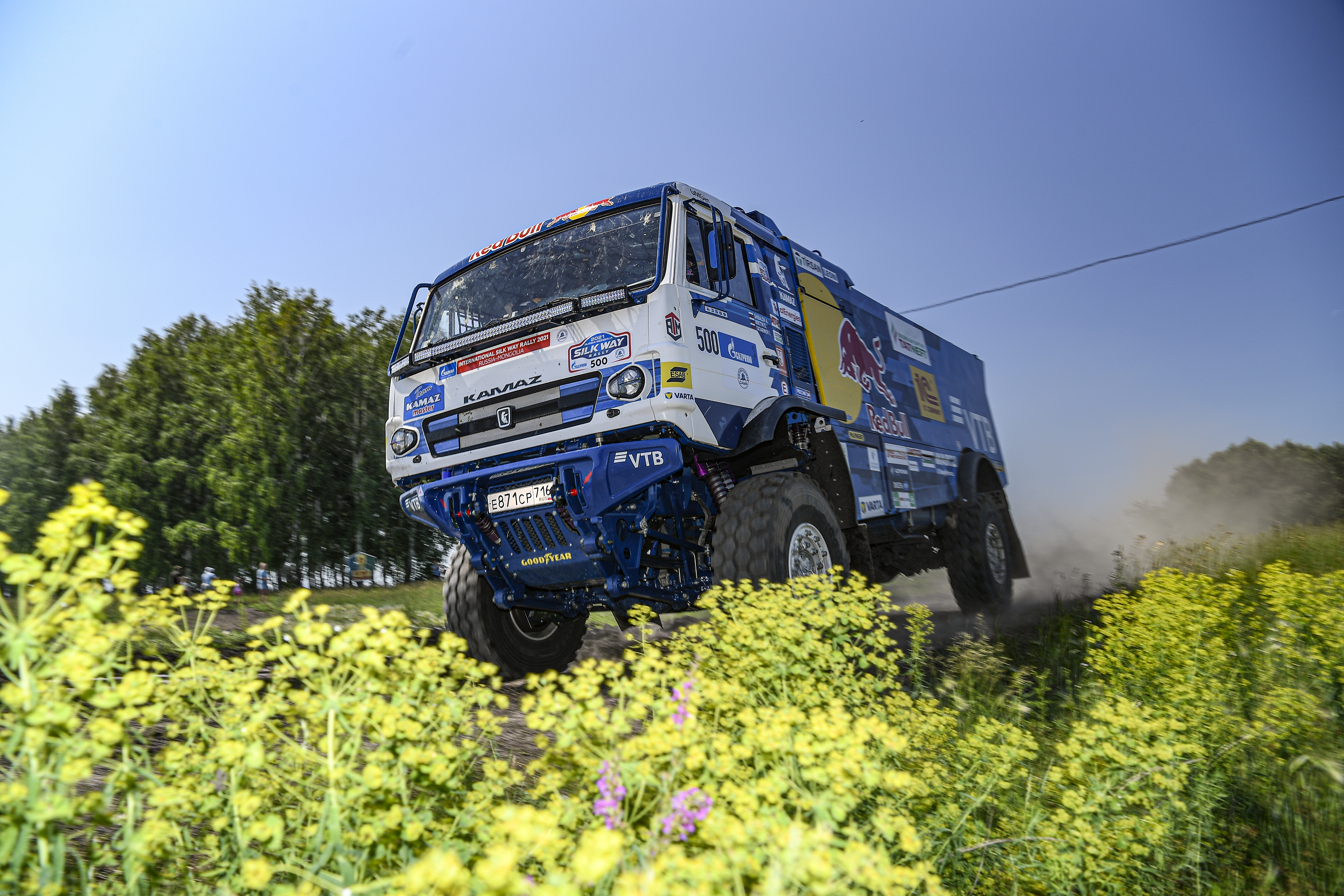 Dmitry Sotnikov, driver of crew No 501: “The special stage was a difficult challenge for everyone. The first 50 kilometers were a rally road, many participants enjoyed driving. Then the track went into the forest, where there was a variable solar picture, and it hid numerous bumps and holes. We tried to stay in our mode, to keep maximum contact with the road. There was little navigation, there were two fast cars in front of us, and there was practically no dust. In the end, there was mud, a deep rut. And it became a little scary for journalists and spectators, standing along tracks. We had to slow down, as the truck was thrown from side to side in such conditions, and it was difficult to manage it. I think the organizers will make security adjustments. We get new information about the truck, roll in more and more. Now we are driving more confidently. Of course, it's nice to win another stage, but the race is long, and we will continue to act in our own way, as far as the truck allows."
Close results at the finish line retain the maximum intension in the general classification, where the top five crews are within ten minutes from the leader Dmitry Sotnikov.

Eduard Nikolaev, driver of crew No 504: "I would like to thank the organizers for this stage. From the very start to the finish, it was a very intense race: different terrains, surfaces and speeds - beautiful. The first part was like a rally, which we met only in Chile: fast winding roads - a real classic rally. Then we drive into the forest - narrow, two or three signs, then swamps and mud, nothing is visible, the wipers can barely cope. I am very pleased. I would gladly drive another 200 kilometers in this mode. The truck is super, everything is excellent, it worked well. As they say, the tanks are not afraid of dirt. In the end, we lost about 25 seconds - we were thrown out of the rut and had to drive back and drive out."

Andrey Karginov, driver of crew No 507: “Today the suspension worked out at 100%. Plus a large number of narrow roads and trees were constantly in concentration. Yesterday at the start we drove in the wrong direction, lost five minutes, today we were driving to the limit: we overtook Martin van den Brink, Sergey Kupriyanov. There was a minimum of navigational work, it was mainly work of a driver."

Airat Mardeev, driver of crew No 505: "An interesting special stage, we realized that Siarhei Viazovich and Aliaksei Vishneuski would drive fast on the rally section, but we attacked them. Then there was a lot of off-road, we managed to add margin. Then the mud awaited us, and the water in the washer finished at the very bad time - we had to go blindly for 10 kilometers. Dima Svistunov simply dictated how to go, because windscreen wipers could not cope."

Sergey Kupriyanov, driver of crew No 508: “We were picking up the pace, it seemed that we were going well, but when Martin van den Brink honked at us on the forest path, it became clear that it wasn’t enough. 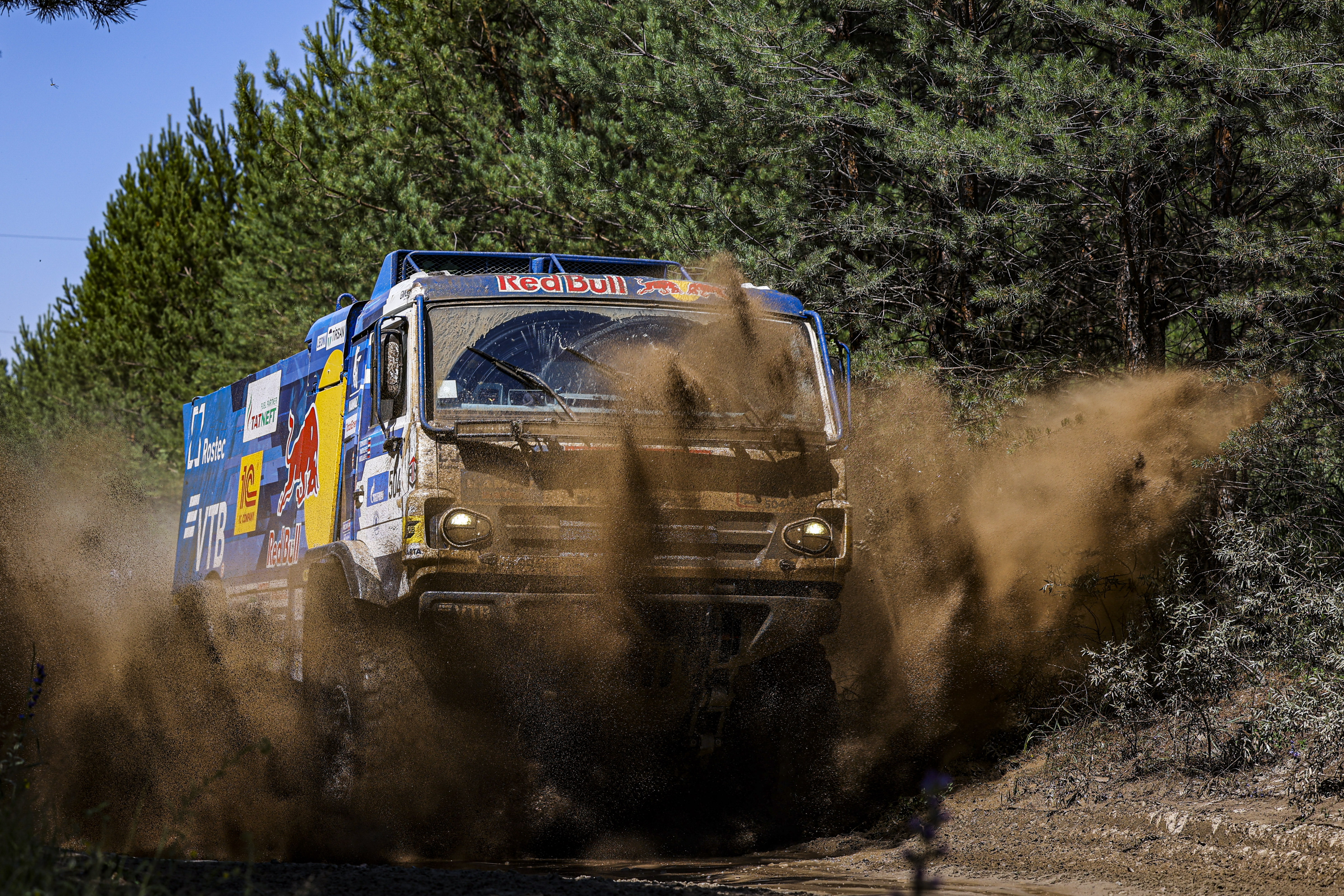